architecture 17k views
the garden patio of the belgian pavilion blanketed with colorful confetti
image © designboom
the 11th international architecture exhibition, ‘out there: architecture beyond building’ kicked-off this past weekend in venice. designboom was there to capture the events of the opening weekend, including the reveal of the belgian pavilion. titled ‘1907…after the party’, office kersten geers david van severen (brussels), have created an architecturally lucid and physically confrontational response to the competition assignment that can be interpreted in a number of ways. a tribute to the historical pavilion which was built in 1907, the belgian firm exhibits the space in its purest form as a monument, accessible from all sides, empty and stripped of all ornament or secondary additions. the urge behind architecture is not to be exhibited, but to be built and so the exterior intervention of the belgian pavilion is a seven-metre-high double-walled facade in galvanized steel which does not reveal the building to the viewer from their initial view from the promenade. this architecture looks solid and filigreed, giving the feel that a new pavilion is being constructed for what is being exhibited, which is really the existing belgian pavilion. 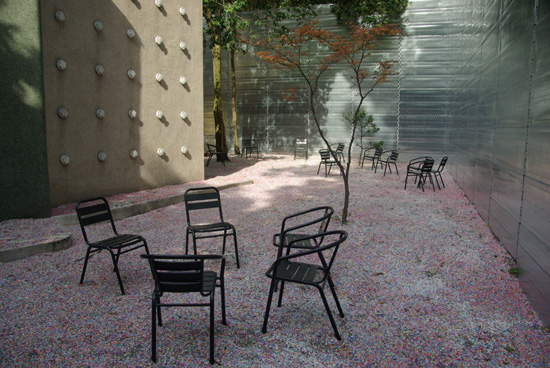 between both the added facades, the existing rooms and outdoor patio, there is an emphatic interaction and inversion between the interior and exterior spaces, which is enhanced by a carpet of confetti which has been scattered around the site amidst the randomly placed chairs. the monumental enclosure raises not only topical political, social and ecological issues, but also evokes a sentimental sense that a party is over: the celebration of the centenary of the belgian pavilion 2007 which never actually took place. in addition to the exterior intervention, all competition projects are exhibited inside the pavilion including a large photo print by german artist thomas demand and a photo by french fashion designer hedi slimane which were used for the pavilion’s campaign but were not on show during the opening. 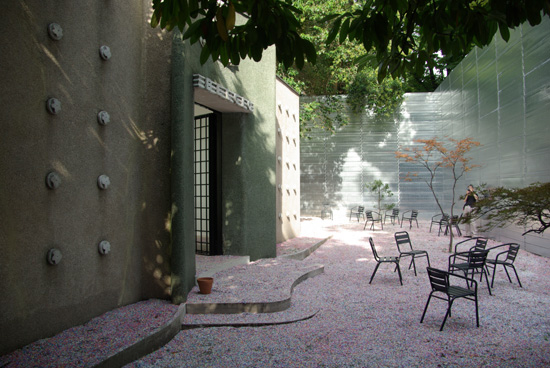 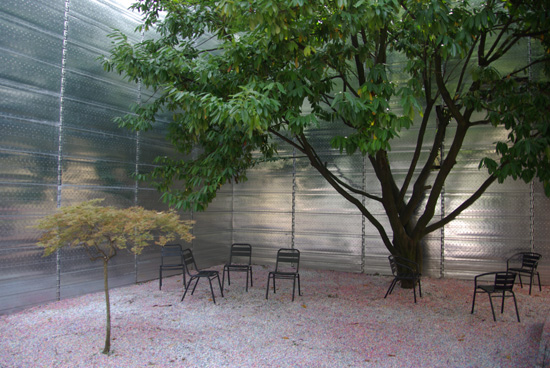 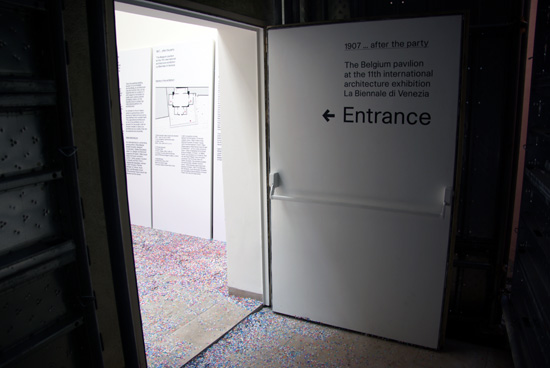 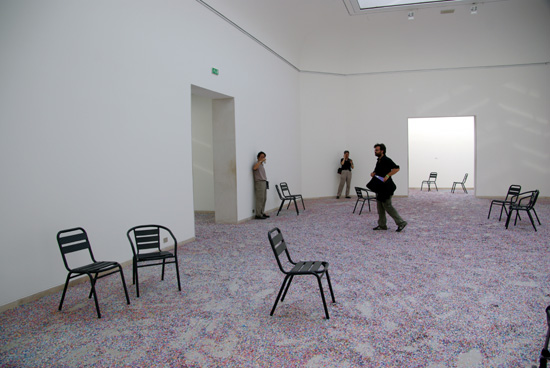 interior of the belgian pavilion carpeted in confetti image © designboom 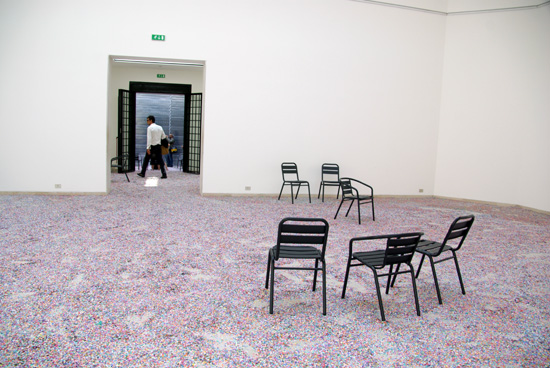 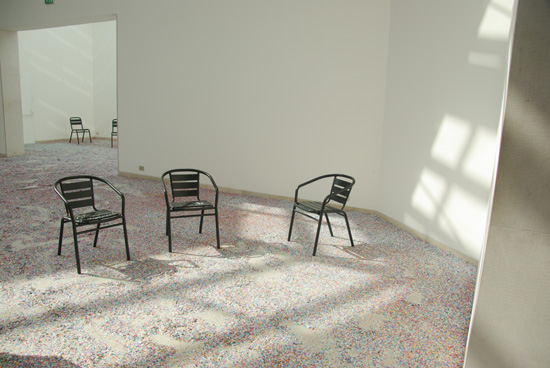 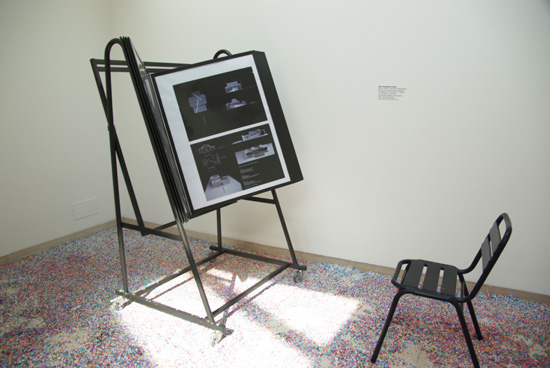 competition projects for the belgian pavilion on display image © designboom 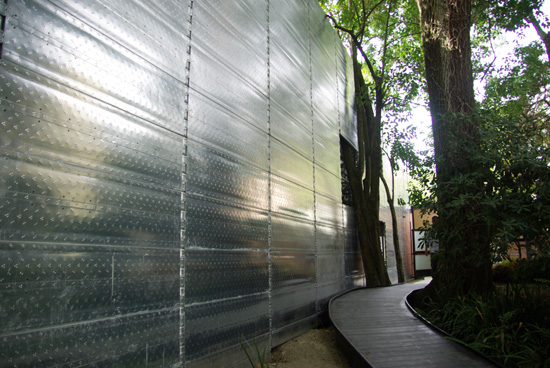 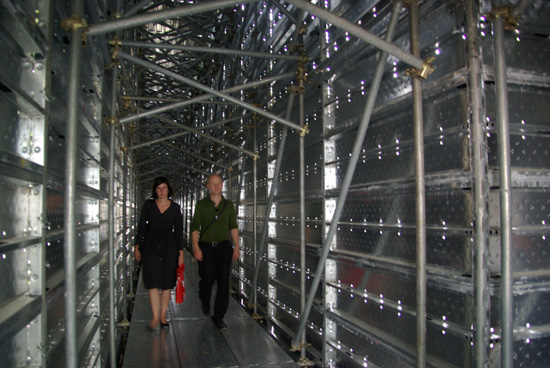 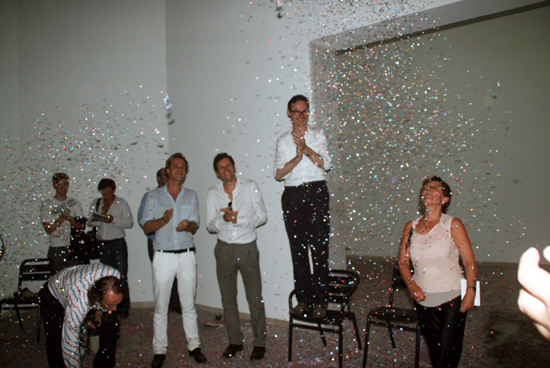 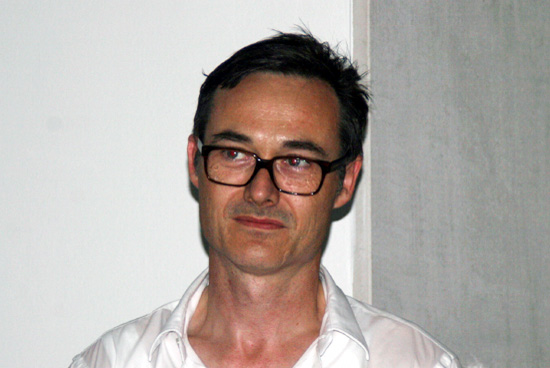 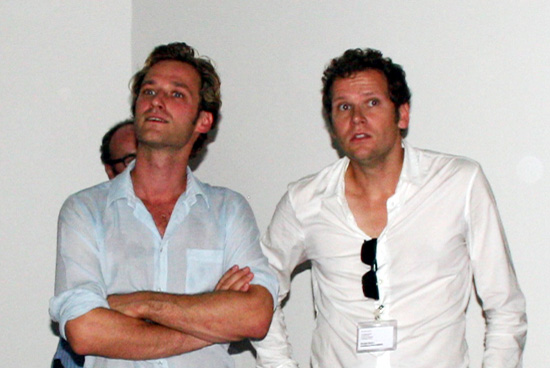 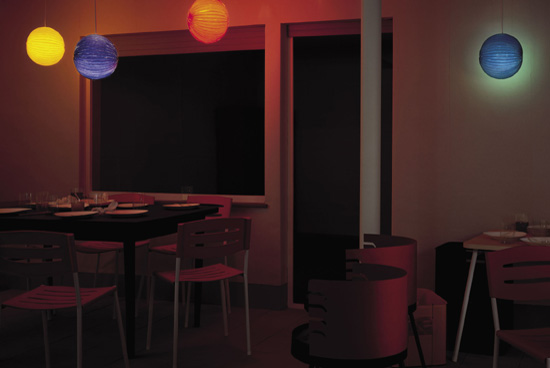 ‘terasse’ by thomas demand (1998)
the photograph was not present during the opening, only captions were on the wall 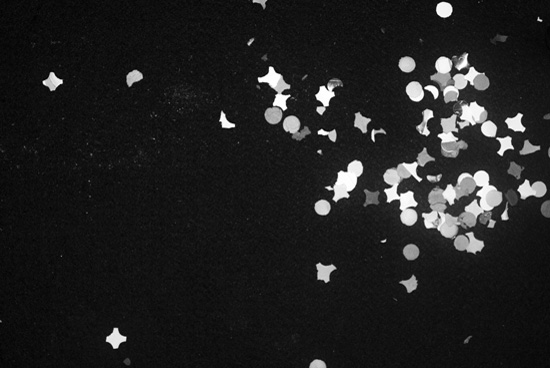 ‘untitled, rock diary’ by hedi slimane (2007) the photograph was not present during the opening, only captions were on the wall

Jan 10, 2023
using AI, vincent callebaut reimagines 'haussmannian' paris architecture as green, breathable buildings
the buildings are designed to produce their own energy and convert their own waste into resources
architecture
347 shares
connections: +1120