architecture 12k views
the installation consists of an elevated section of a full-scale gas pipeline(gaasitoru)
placed along the public pathway at the giardini.
it is referred to a controversial enterprise of ‘nord stream’,
a ‘gazprom’ initiative, to build a direct gas pipeline from russia to germany.
it has been widely contested from ecological as well as geopolitical positions.
the installation confronts the viewer with this massive real thing,
planned to be installed under the baltic sea and raises questions about the
architect’s position, his or her abilities and limitations.

read also the statement of nord streamsixty-three meters long and 1.2 meters in diameter, it snakes from thegerman to the russian pavilion image © designboom 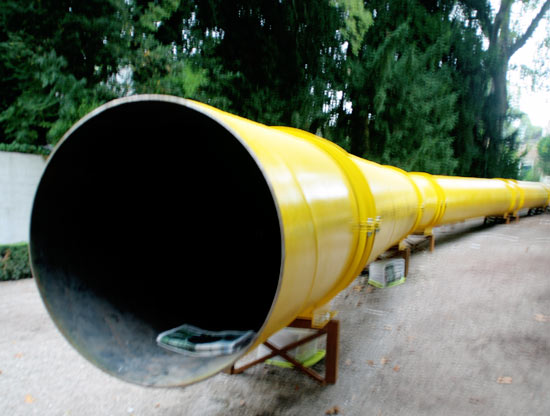 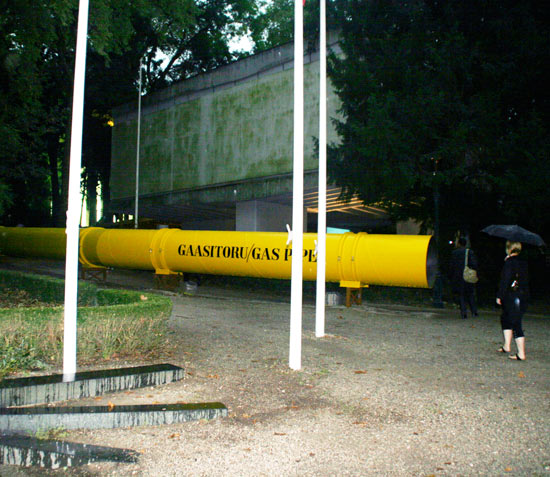 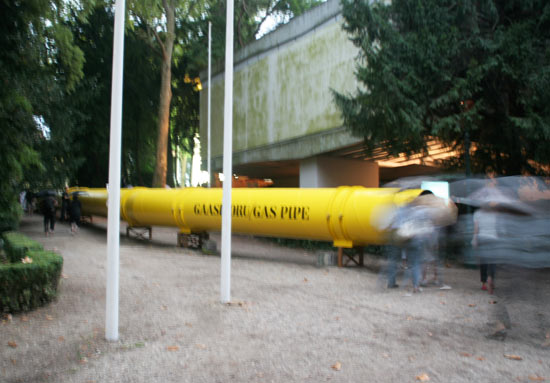 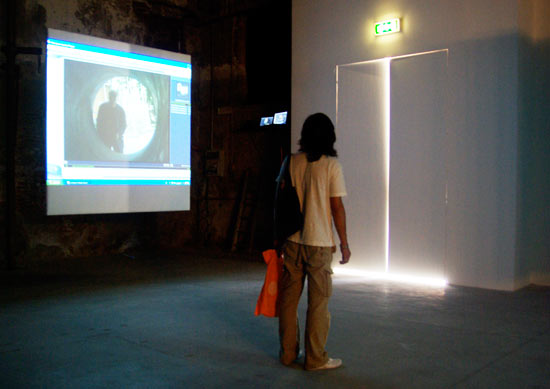 in the supplementary exhibition at the arsenale, the theme is further elaborated.
videos of people in the giardini, peeping into the pipe are shown.
the estonian exhibit also highlights the general issue of energy,
which will be a main topic in the upcoming discussion in how the architecture
of the 21st century develops. 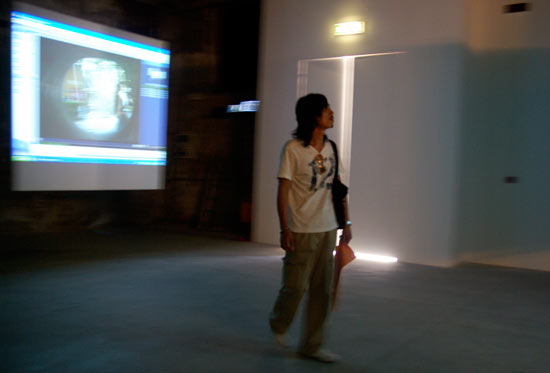