this year at the venice architecture biennale, the hong kong pavilion presented six interpretations of architecture as cultural manifestations of the metropolitan city. attention is focused on new cultural forms and meanings which are derived from hong kong’s past and present, examining architecture as cultural imagination and manifestation through notions of refabricating the city. three of the projects on show were ‘control tower’, ‘urban pastoral: fabricating a vertical landscape’ and ‘wandering home’.

the ‘wandering home’ by kacey wong, explores ideas of a minimal dwelling. originally, wong had made the home for himself, commenting on the living costs in hong kong, where most live in expensive shoebox sized flats. upon the completion, wong felt that the home had the potential for being an architectural solution for the homeless. only 3 feet by 4 feet in size, the home is constructed on a tricycle which is a popular sighting in mainland china. the combination of the dwelling with the tricycle springs from fantasy and imagination, a wondering home in which your entire lifelong possessions are right under your feet. ‘wandering home’ presents an alternative way in which to inhabit our cities and rethink our city’s living conditions. 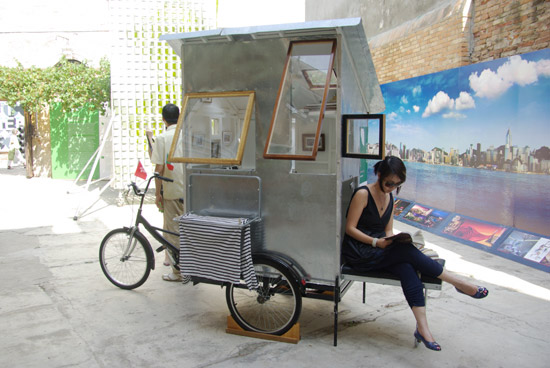 a visitor enjoys the convenience of the ‘wandering home’ image © designboom 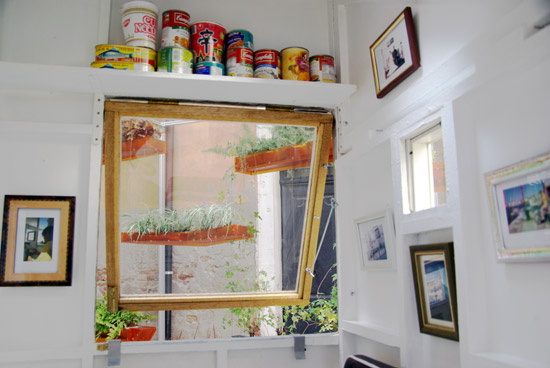 inside: the portable home is stocked with food image © designboom 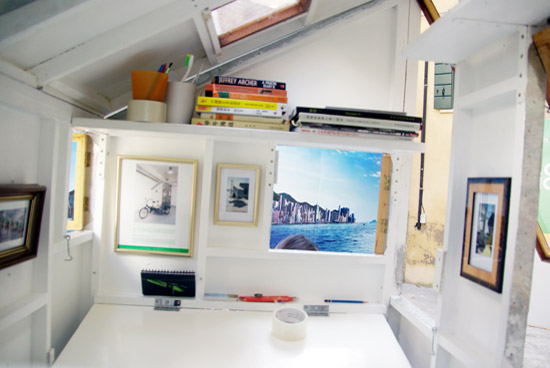 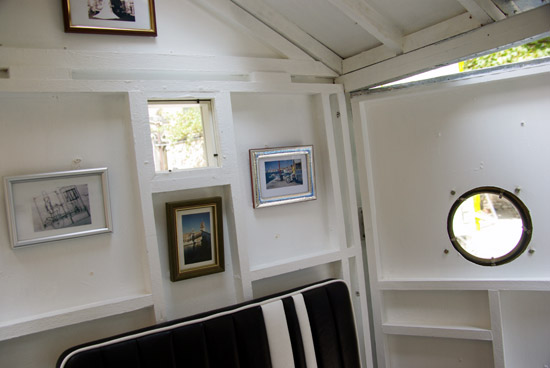 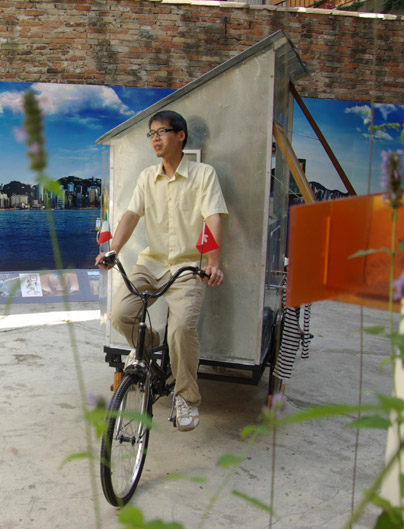 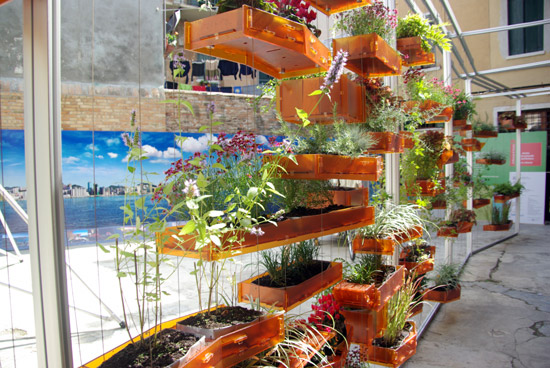 also on show was ‘urban pastoral: fabricating a vertical landscape’ by eskyiu: eric schuldenfrei + marisa yiu. continuing on with the dialog between nature and artifice in hong kong, ‘urban pastoral’ speaks to hong kong’s rapidly growing infrastructure and physical population on a land which used to be primarily pastoral. so how is it possible to inject the greener landscape of hong kong’s past back into the present extremely developed urban area?

urban pastoral is a vertical landscape which seeks to reintegrate nature back into the city. its purpose is to help cute energy costs, lowering ambient air temperature, while at the same time, reducing air and noise pollution. it is built entirely from 100% recycled materials – discarded milk and detergent packaging and Ecoglass™. once again, fruits and vegetables, flora and fauna are brought back into the city – a place where nature and artifice complement one another. 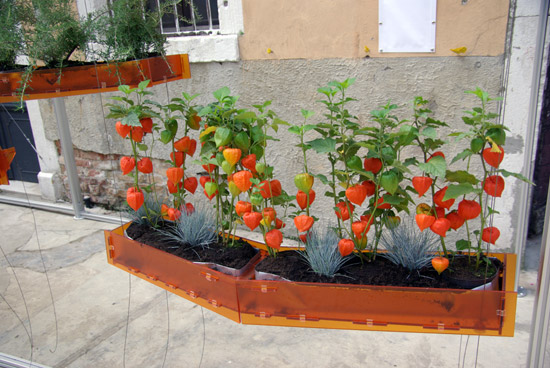 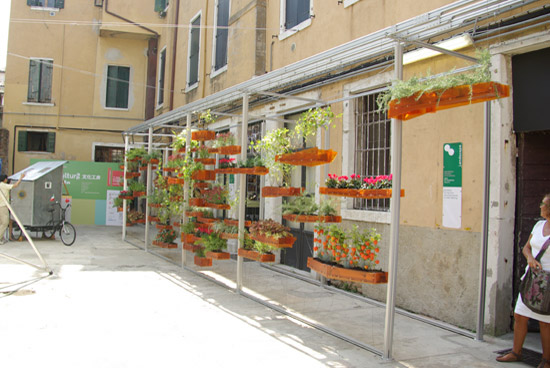 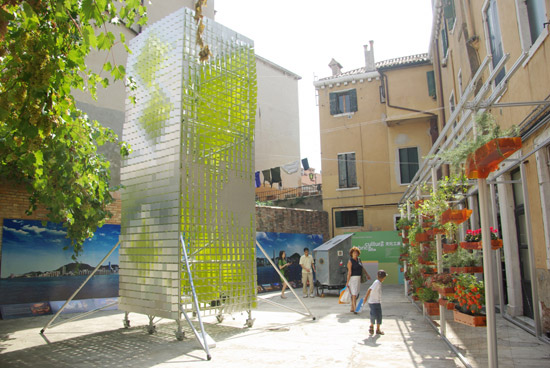 in the garden of the pavilion stands ‘control tower’, a project by jason carlow, john lin and jonathan d. solomon in collaboration with stefan krakhofer which combines the power of scripting software and simple, manual techniques in both a contemporary and traditional sense. using standard components, CNC cut aluminum sheets are mounted on a scaffold through a system of frames and jigs. each of the sheets is folded by hand to create the tower. with invisible movement, a three-dimensional skin is unfolded from the flat sheets to create areas of transparency and reflection. ‘control tower’ is meant to take advantage of the flexibility and precision of mass-customization and standardization of generic components. it looks at control through both how the tower has been designed and fabricated and how it behaves when it is moved to new locations. 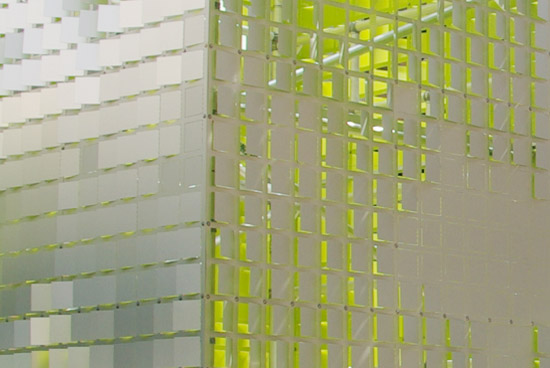