for the venice architecture biennale architects jakob + macfarlane created ‘conflict’ a prototype space for the twenty second century – an evolutive structure. the structure is a space created and shaped through recursive computational algorithms drawing upon conflicting data sources. each source was

selected to represent a worldwide economical, environmental and social interface for example fuel versus food or technology versus subsistence.

global agricultural resources are regularly being used to produce ethanol and biofuels rather than for human consumption. this leads to conflict. 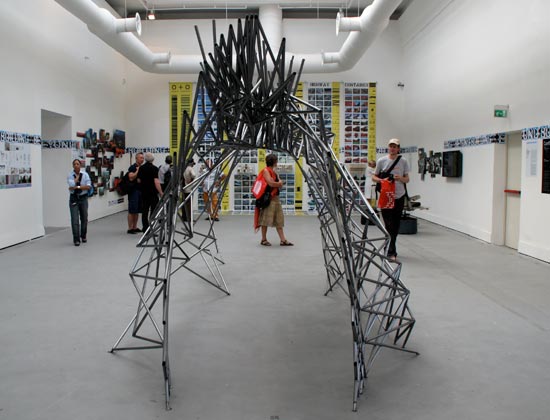 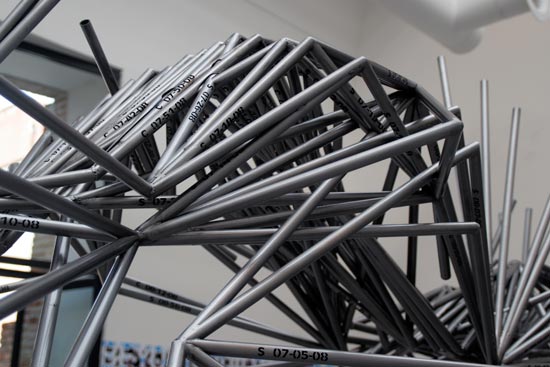 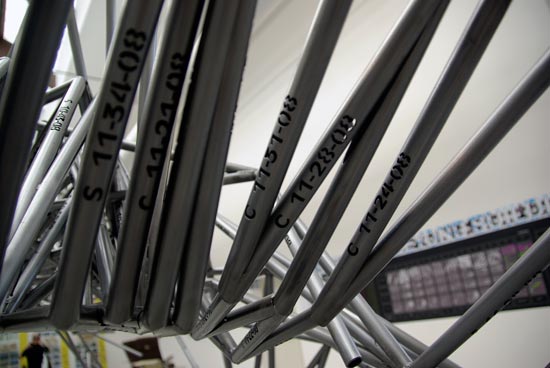 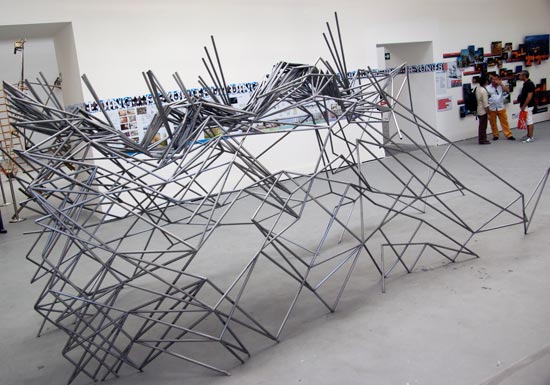 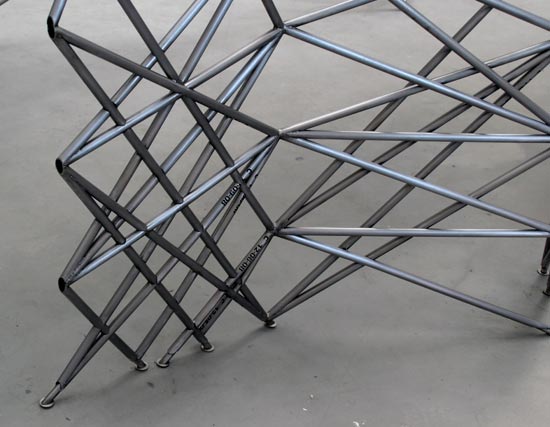 recursive functions call and build upon themselves, repeatedly executing the same code, developing a branching structure when put into use through modeling software. over the course of the biennale the ‘conflict’ structure will gradually increase in number and length, eventually creating the environment.

the conflict in the data sources combined with recursive elements of the algorithm leads to an unpredictable structure that thoroughly modifies initial paths taken by the two commodities such that they can no longer evolve without considering each other. from the chaos of a fight rises a new sort of order? 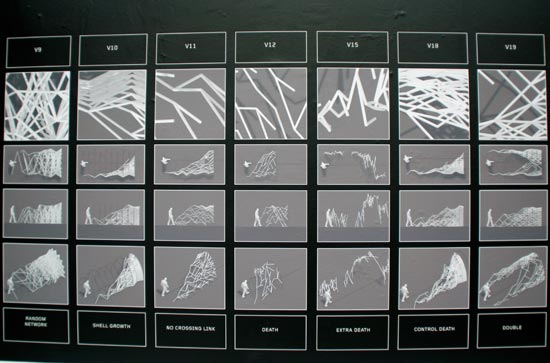 the algorithms that create the structure 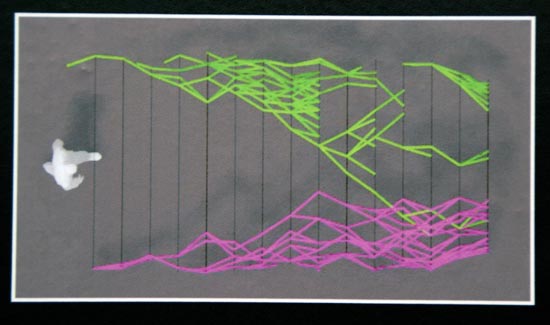 when conflict occurs the structure is created