the theme of the chinese pavilion at this year’s venice architecture biennale was ‘ordinary architecture’ with the pavilion being divided into two sub-themes – ‘negotiation’ and ‘daily growing’. whether it is with the client, the site, the budget, the code or any other conditions and constraints, negotiation has become a very important aspect of an architect’s career and creative process. for architects, negotiation is always strategic and driven by a clear design agenda involving a sense of social responsibility. the ‘negotiation’ projects in the chinese pavilion speak of the recent tragedy of the sichuan earthquake and how architects can respond to such extreme circumstances. while looking at building technologies and the socio-economc system beyond the everyday, architects are also responsible for negotiating with nature. li xinggang’s project ‘paper brick house’, dealt with this theme.

within a short period of time, the urbanization of china has resulted in a rapid number of architectural and construction projects putting people, buildings, the environment and the quality control of cities to the test. the aim of the ‘paper brick house’ was to construct a paper house which is fully functional and allows people to live, play, meet and continue on with other daily activities. the house is constructed from cardboard boxes which previously held drawing papers and behave much like ‘bricks’. unused cylindrical shafts which were originally paper tubes, have been used to as structural support acting as beams, flooring and roofing.

the ‘paper brick house’ pays tribute to the tens of thousands of people who were buried after the sichuan earthquake as a result of the inferior quality of concrete buildings. it is an alternative response to dealing with nature and architecture. it is a much softer way of approaching nature as opposed to the typical, heavy, concrete structures of urban environments. the project’s paper boxes and paper tubes suggest the production-oriented mode of architectural design in china. it suggests to both chinese and foreign architects that while rapidly trying to build, the importance of quality should not be forgotten and the development of strategies to deal with this should always be considered. a raft of paper tubes on gravel-filled woven mesh bags, a typical shock absorbing structure which corresponds to the tradition of construction in venice – a city floating above undersea layers of silt. the focus of the house is an internal courtyard which is a chinese tradition, enhancing the building’s connection to the street and neighboring infrastructure, acting as a public space, providing a resting place for visitors and others passing by to stop and rest. 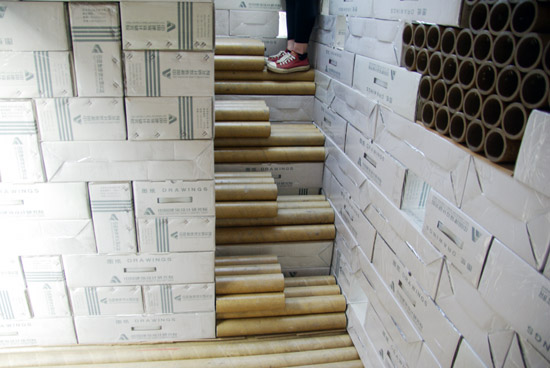 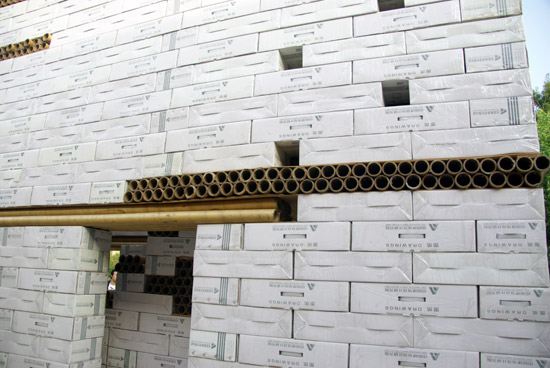 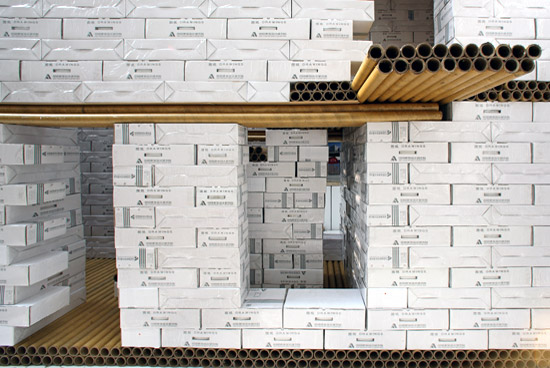 openings which act as doors and windows 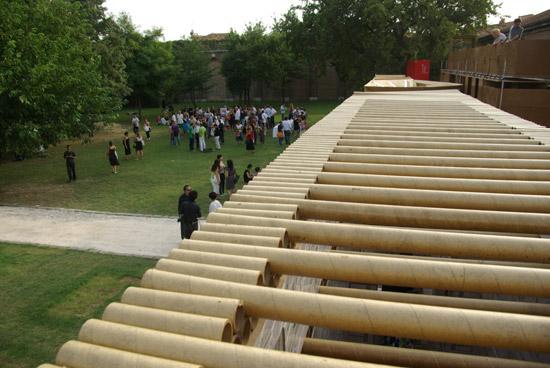 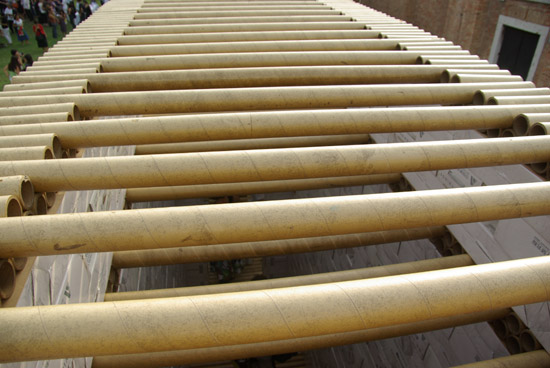 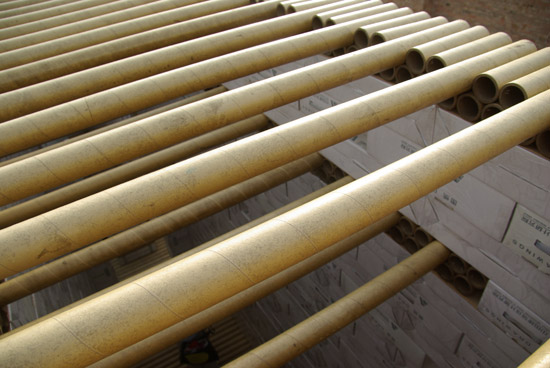 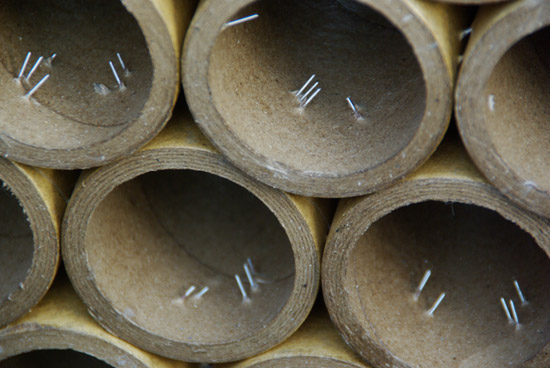 upclose of how the paper tubes are held together image © designboom 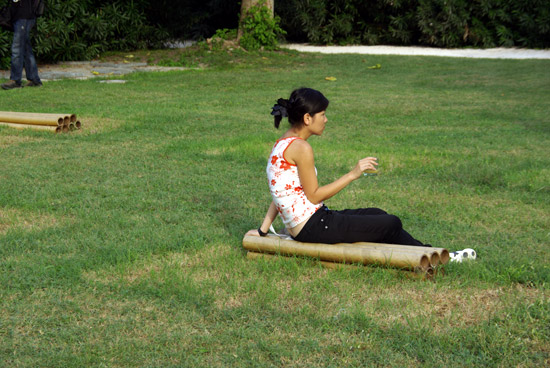 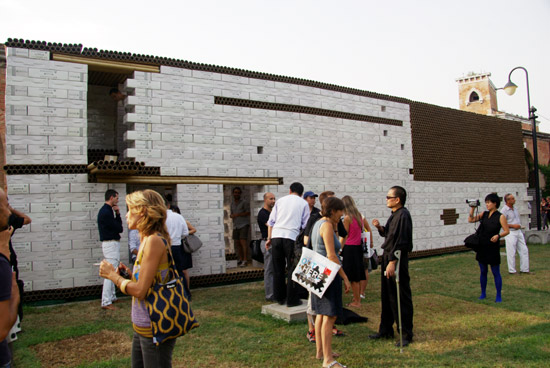 interior structure of the house 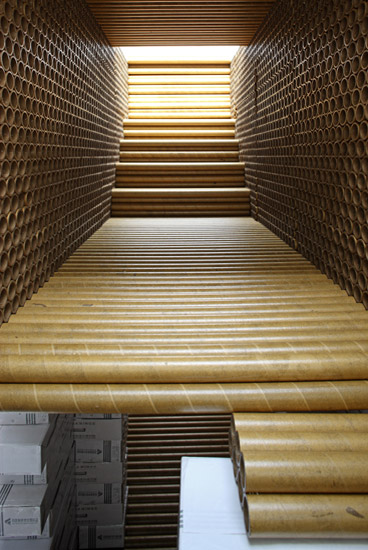 flooring and walls made from paper tubes image © designboom 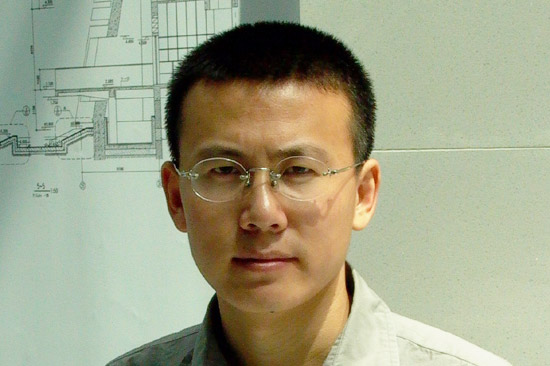