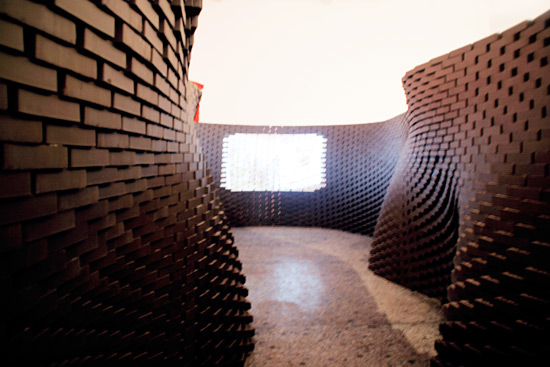 the undulating brick wall in the swiss pavilion

the theme of this year’s swiss pavilion emphasized essential points of architectural reflection by bringing into
light the conflict and permeation of spatial, organizational and production-technical dynamics. architecture is
making use of experimentation, enhancing the practice with widely divergent inventories of knowledge,
cross disciplinary boundaries and exploring new terrains. the pavilion demonstrates how unproductive the
customary differentiation between basic and applied research is in relationship to architectural design.
in place of it, concepts of methodologies, networks, didactics and technology are presented. architectural
research does not try to limit itself to any one particular statement of a problem. instead, it tries to associate
itself with more divergent fields of knowledge so that their approach may seem less academic and
more experimental. humanities and science are introduced to practice-oriented and creative approaches so that
they may experience their compression and expansion within the design process.

at more than 100 meters in length, a brick wall structure stands within the swiss pavilion, dividing the space into
four parts. the installation is titled ‘structural oscillations’ and was produced under the direction of fabio gramazio
and matthias kohler for the chair of architecture and digital fabrication at the ETH zürich. this construction
element stands in direct relationship to the pavilion and expresses the current approach to architectural research.
the design was produced through a computer program which rendered the structure, ensuring its stability and was
then setup on-site using the R-O-B robotic system. alongside the wall are architectural models which question
the idiosyncrasies associated with architectural research and their potential. the display aims to invite discussion,
broadening our perspective in order to clearly outline the possibilities and limitations of this particular way of
encountering the world. 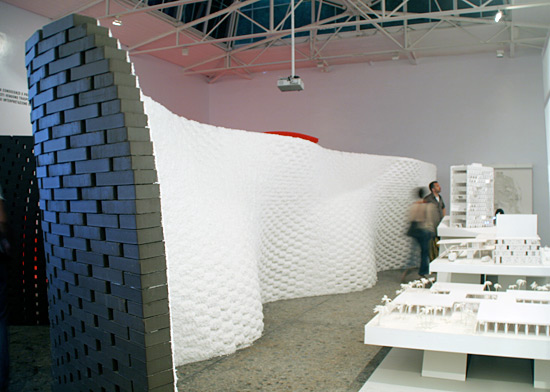 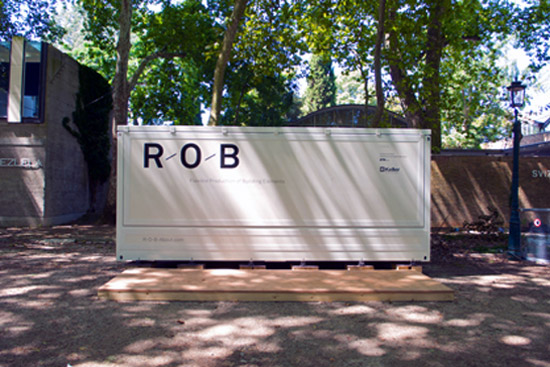 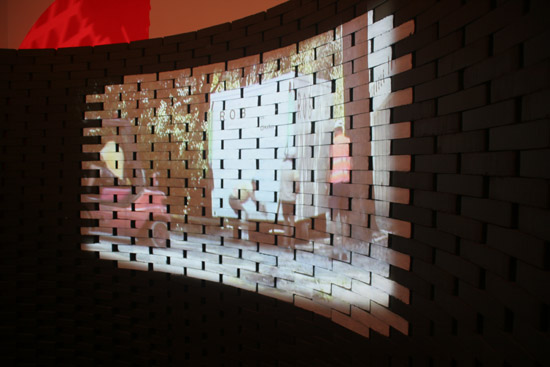 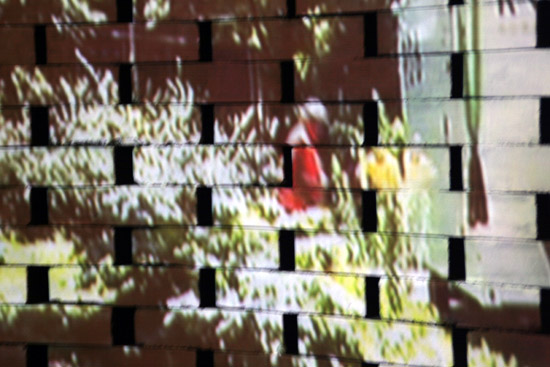 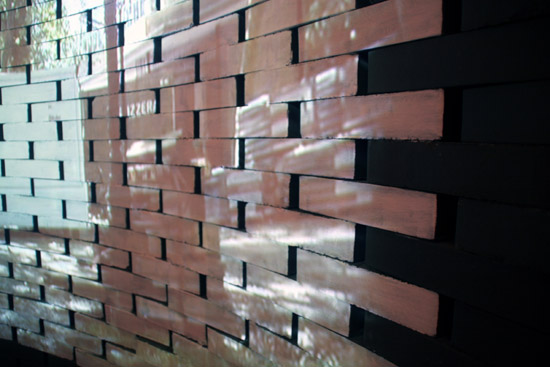 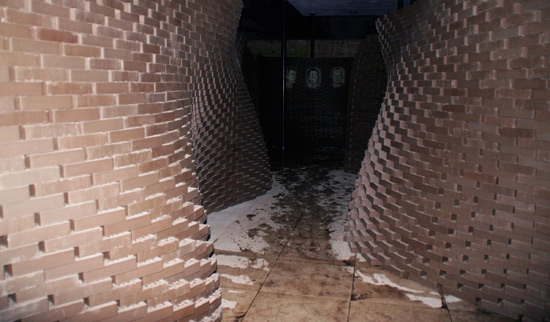 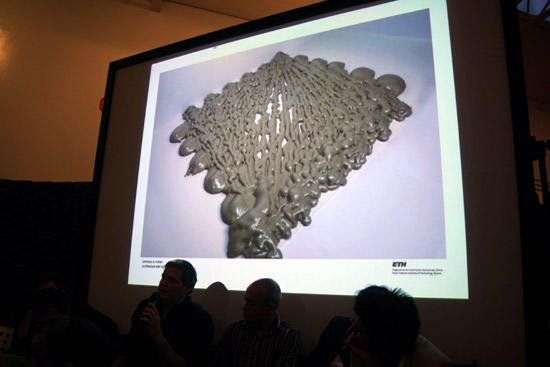 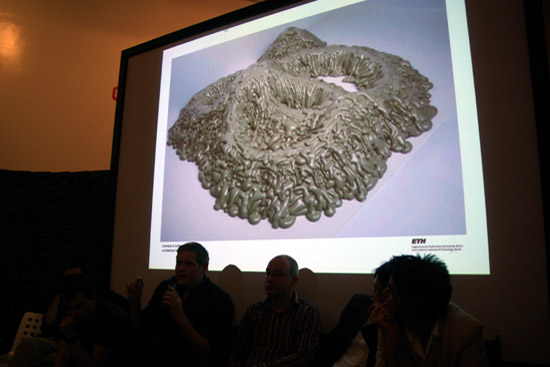 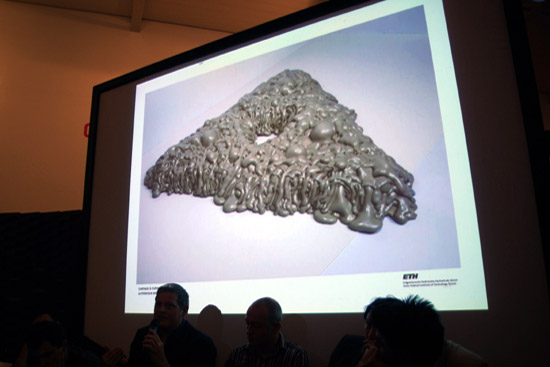 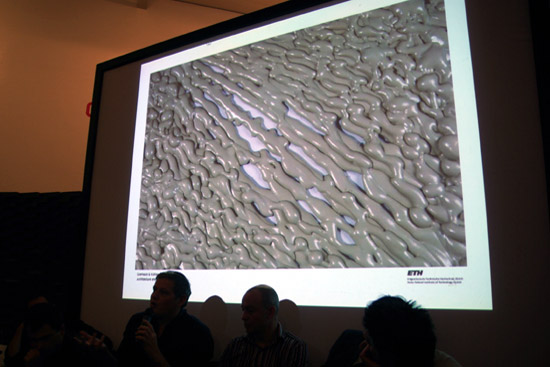 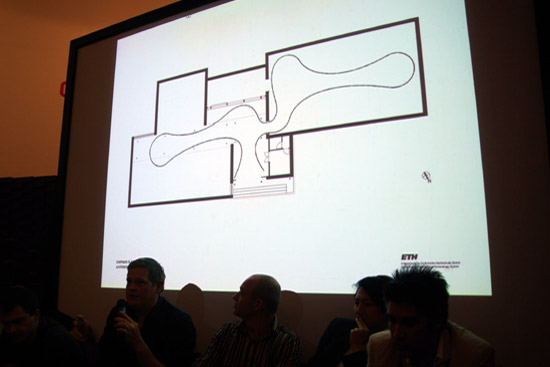 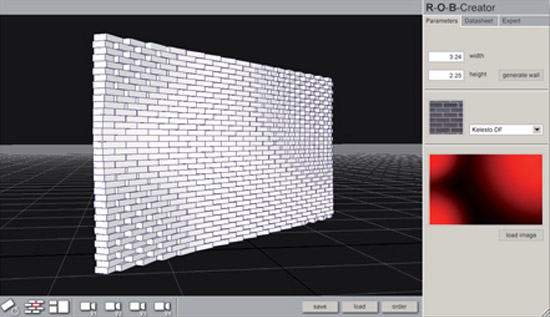 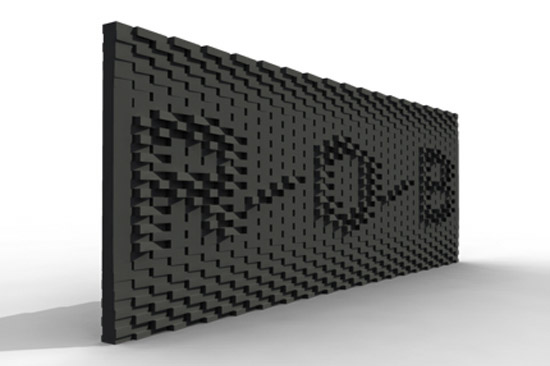 example of a wall rendering
courtesy of keller AG ziegeleien 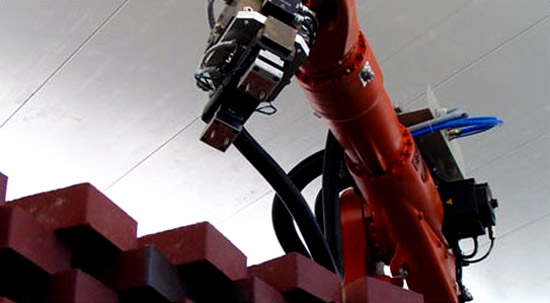 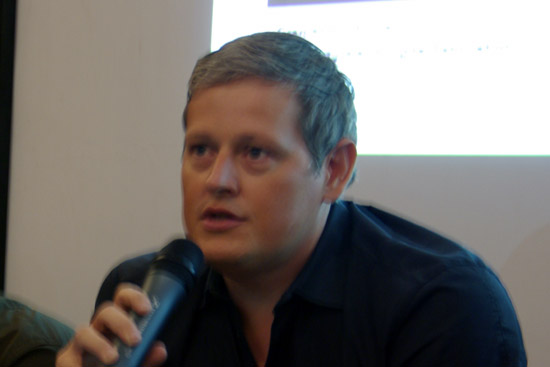