as part of a satellite event for the 2016 venice architecture biennale, dutch studio MVRDV has designed a fully transparent kitchen. the installation is part of the ‘kitchen home project’ which looks to explore the future of the domestic environment. titled the ‘infinity kitchen’, the all-glass cookspace hopes to develop better eating habits by making food preparation physically transparent. the exhibition — which has been initiated by weng ling of the beijing centre for the arts (BCA), and also includes work by japanese architect kengo kuma and media artist au yeung ying chai — remains on display at università IUAV di venezia – ca’tron until september 30th, 2016.

as well as celebrating food and meal preparation, the scheme seeks to raise awareness of events that take place inside the kitchen; examining how much food we store, how much waste we create, and how clean our kitchen surfaces really are. ‘if we imagine everything is transparent clear and clean, doesn’t it mean that the only thing that is colorful and visible is our food,’ says MVRDV co-founder winy maas. ‘doesn’t it then imply that we are encouraged to love the food, in that way, and that maybe it even becomes more healthy, if not sexy?’ 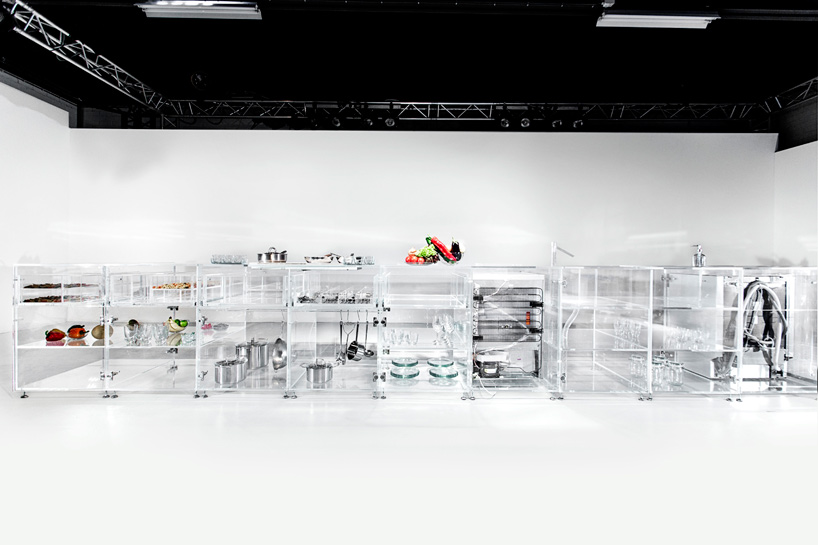 transparent surfaces, shelves, cupboards, taps and utensils give a new insight into food production, storage, and the processes that go on in our kitchens. the ‘infinity kitchen’ exposes these actions, giving more control to the user who is able to monitor the space more efficiently. ‘I see this as part of a wider dream, this kitchen. it is part of an environment, if not a city, that is transparent and therefore accessible’, continues maas, ‘imagine if not only our kitchens were transparent, but the walls through to the neighbor and the next neighbor even. this would create infinite perspectives in our cities. it would make within our claustrophobic environments possibly a view, into the direction of the mountains or the sea.’ 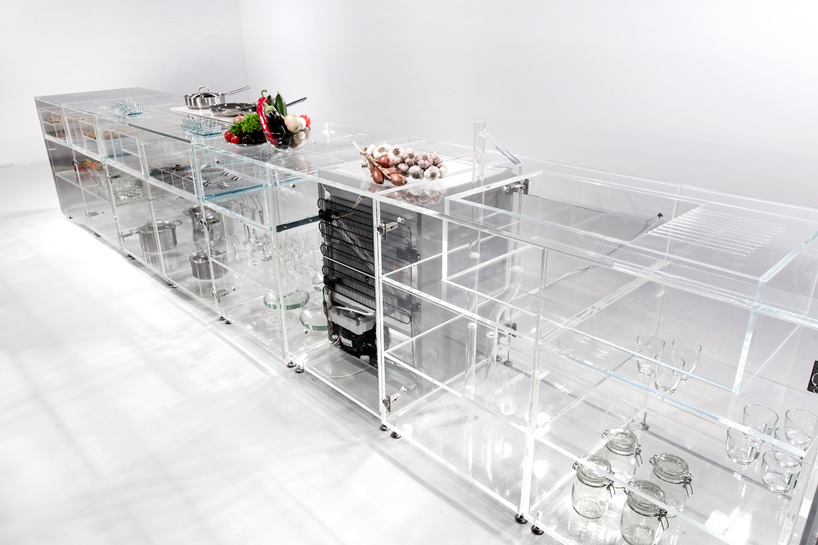 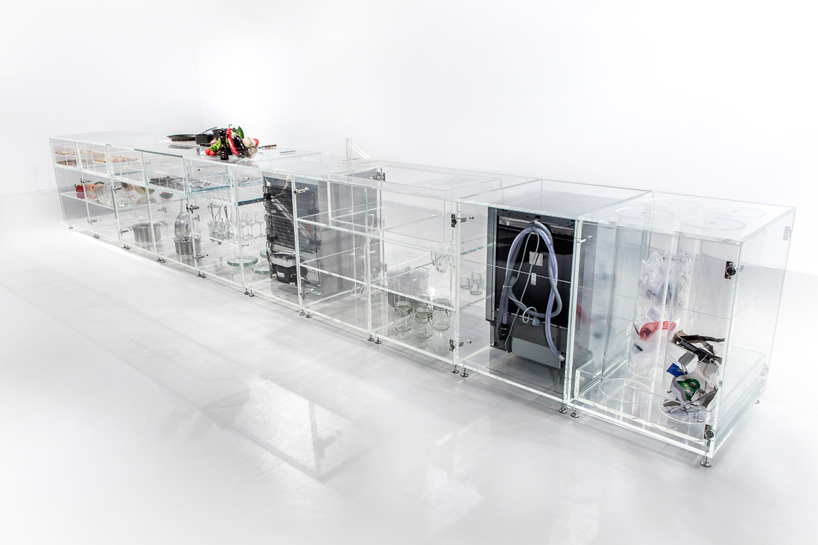 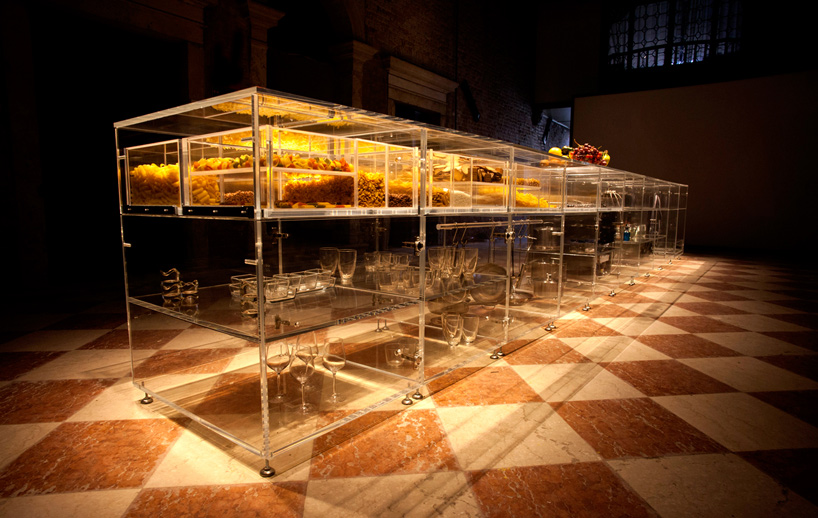 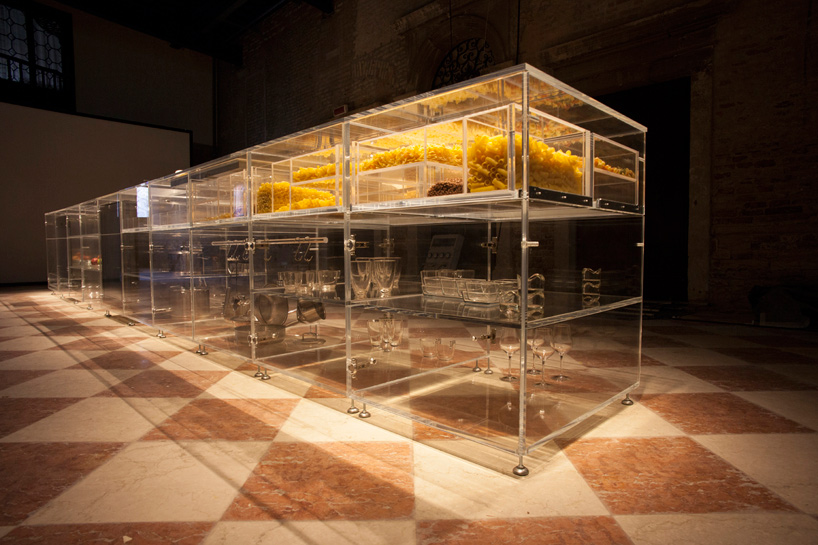 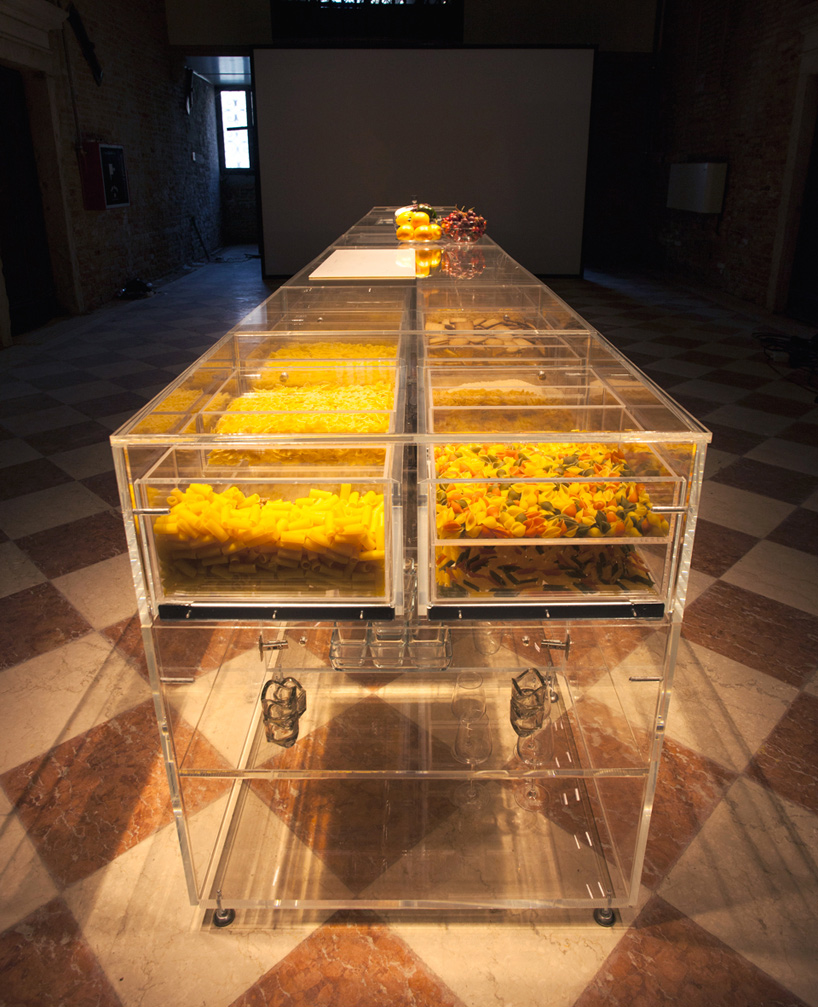 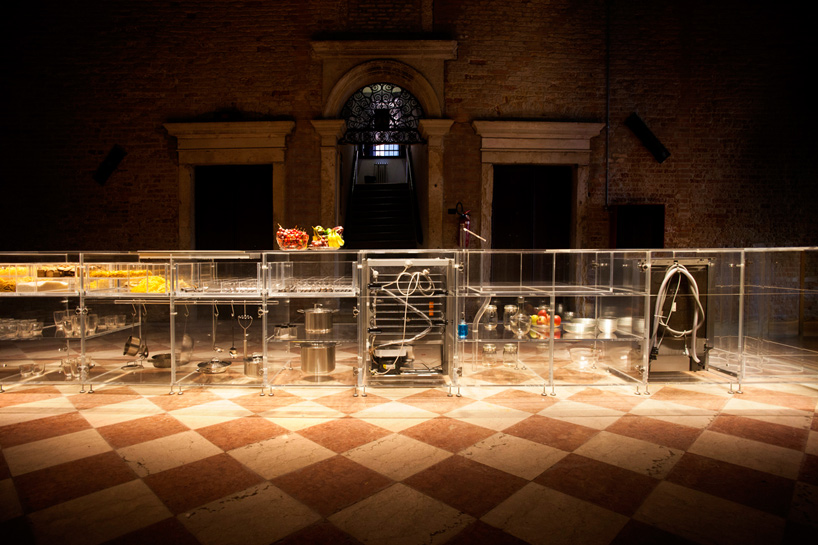 the exhibition remains on display until september 30th, 2016
image © MVRDV