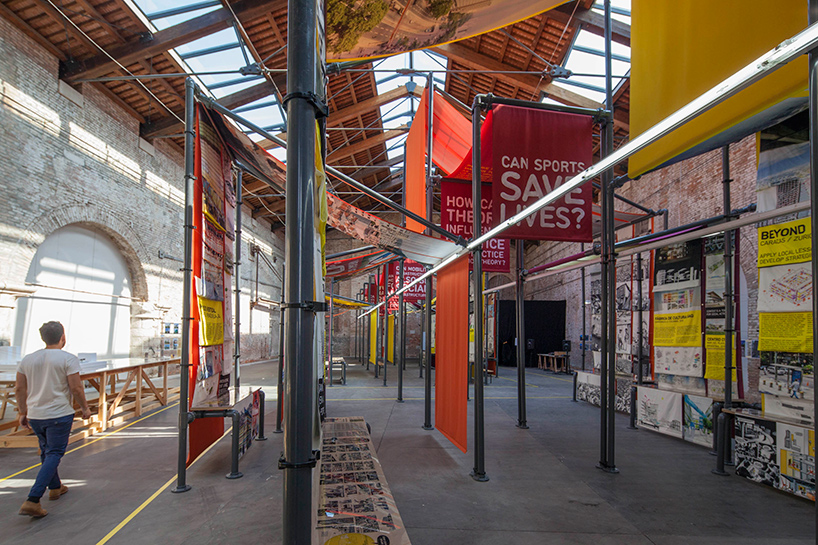 at the 2016 venice architecture biennale, urban-think tank (U-TT) and baier bischofberger have presented a new exhibition entitled ‘sarajevo now’. a collateral event of the 15th international architecture exhibition, the display examines the role of the museum in the 21st century — focusing on ‘the people’s museum’ in sarajevo, bosnia and herzegovina. alongside architectural proposals, the exhibit — commissioned by matica of bosnia and herzegovina — also incorporates screenings of the film ‘1395 days without red’ by artist anri sala, photography by charlie koolhaas and jim marshall, and a retrospective of U-TT’s projects and research. 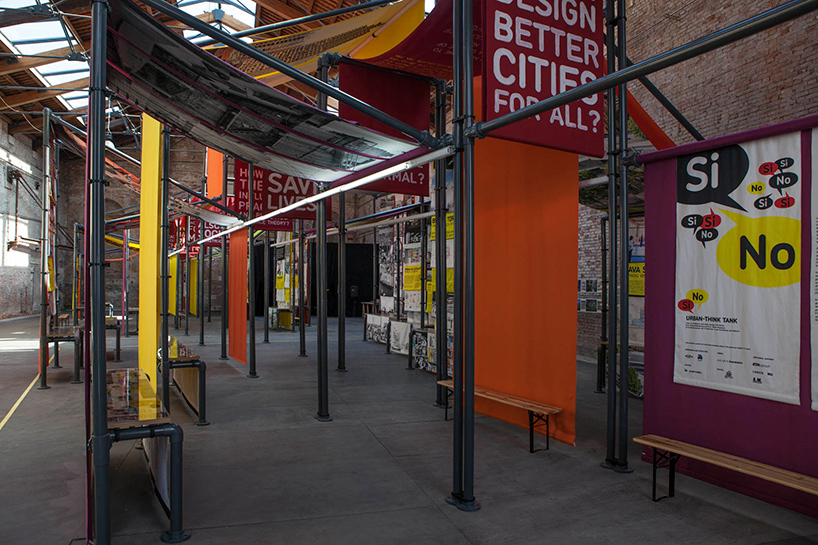 founded in 1945 as sarajevo’s ‘museum of the revolution’, the current modernist shell of ‘the people’s museum’ opened in 1963. today, a building that once embodied the era’s utopian socialist dreams has become a ruin. located just meters away from the siege frontline, its façades bear the traces of shelling and grenade blasts — standing as a national symbol of resistance and resilience. 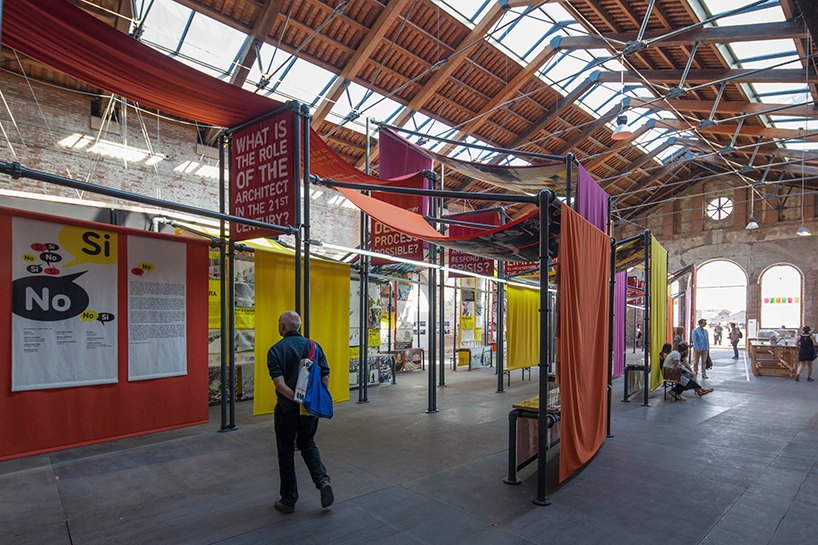 starved of funds and abandoned by the government, citizens have been invited to activate the space themselves. the result redefines the museum as a catalytic urban environment, rather than an institution dedicated purely to the display of objects. projecting an oppositional message, the existing structure is contained within a transparent vinyl skin — leaving the decay of the original building intact as a preserved artifact. 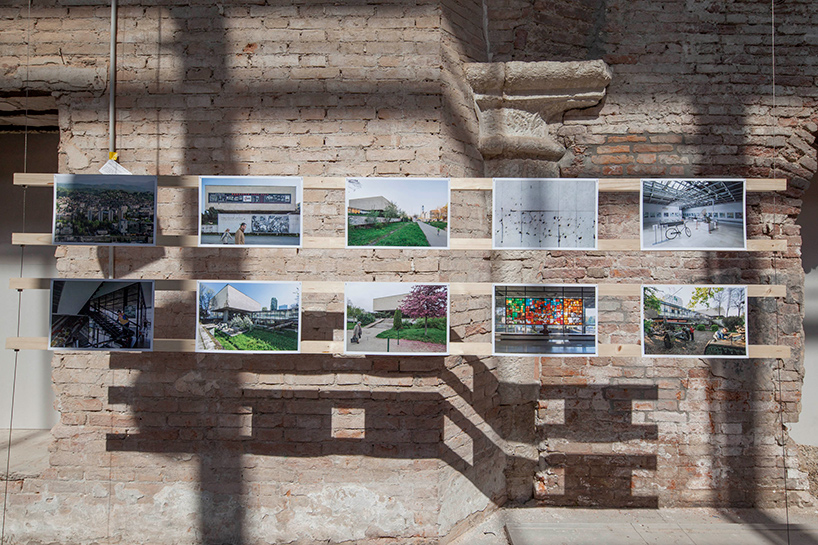 ‘suspended on scaffolding, the skin represents a first move towards stabilization of the degrading structure and a no-budget base for future repairs,’ explains urban-think tank. ‘it seals the site against the weather, and allows for simple heating.’

however, the architects claim that the intervention also gestures to something more profound. ‘the museum is in a process of opening itself up to the city,’ continues U-TT. ‘it operates fluidly in the face of frozen politics. it is playful though bearing the weight of a painful past. covering the current structure will create new spaces of engagement and interaction, while drawing in the people of sarajevo as a center of possibility.’ in this way the exhibition seeks to support an alternative model of urban regeneration.

‘sarajevo now: the people’s museum’ remains on display at venice’s arsenale until june 30, 2016. it will then relocate to sarajevo. 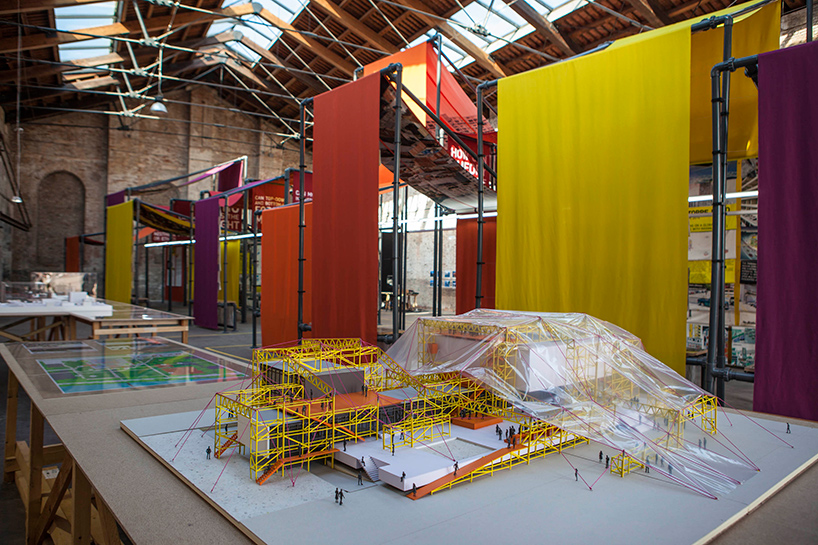 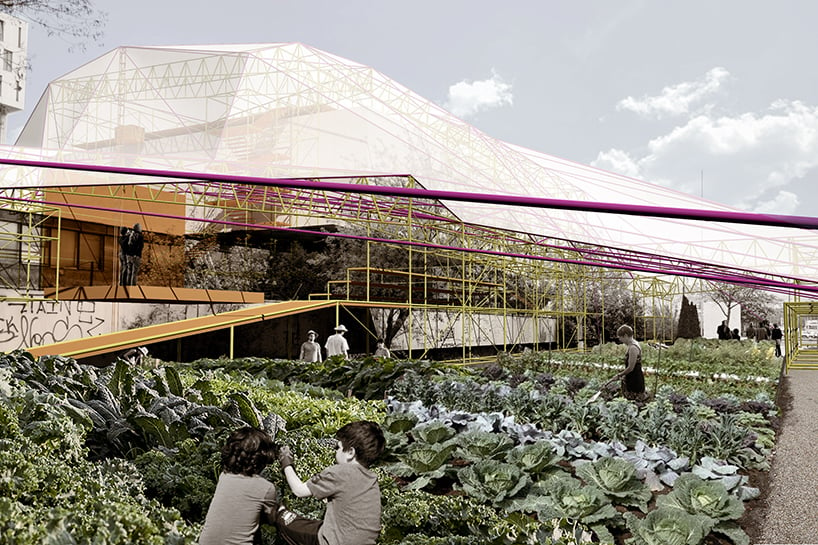 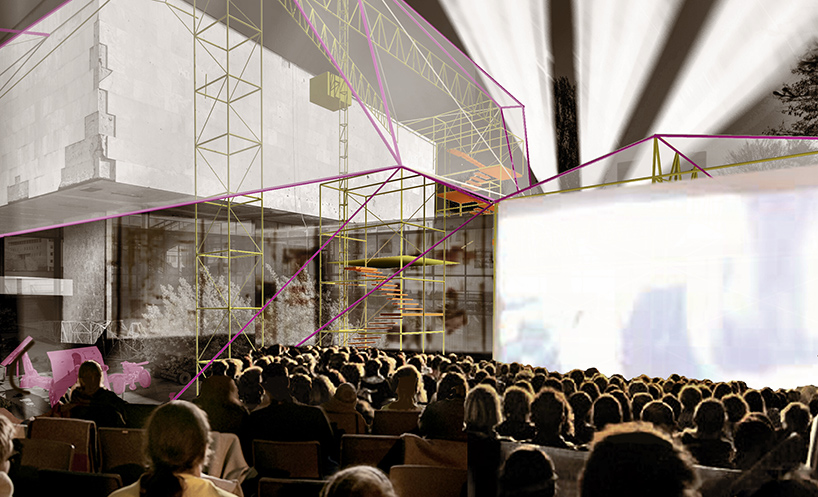 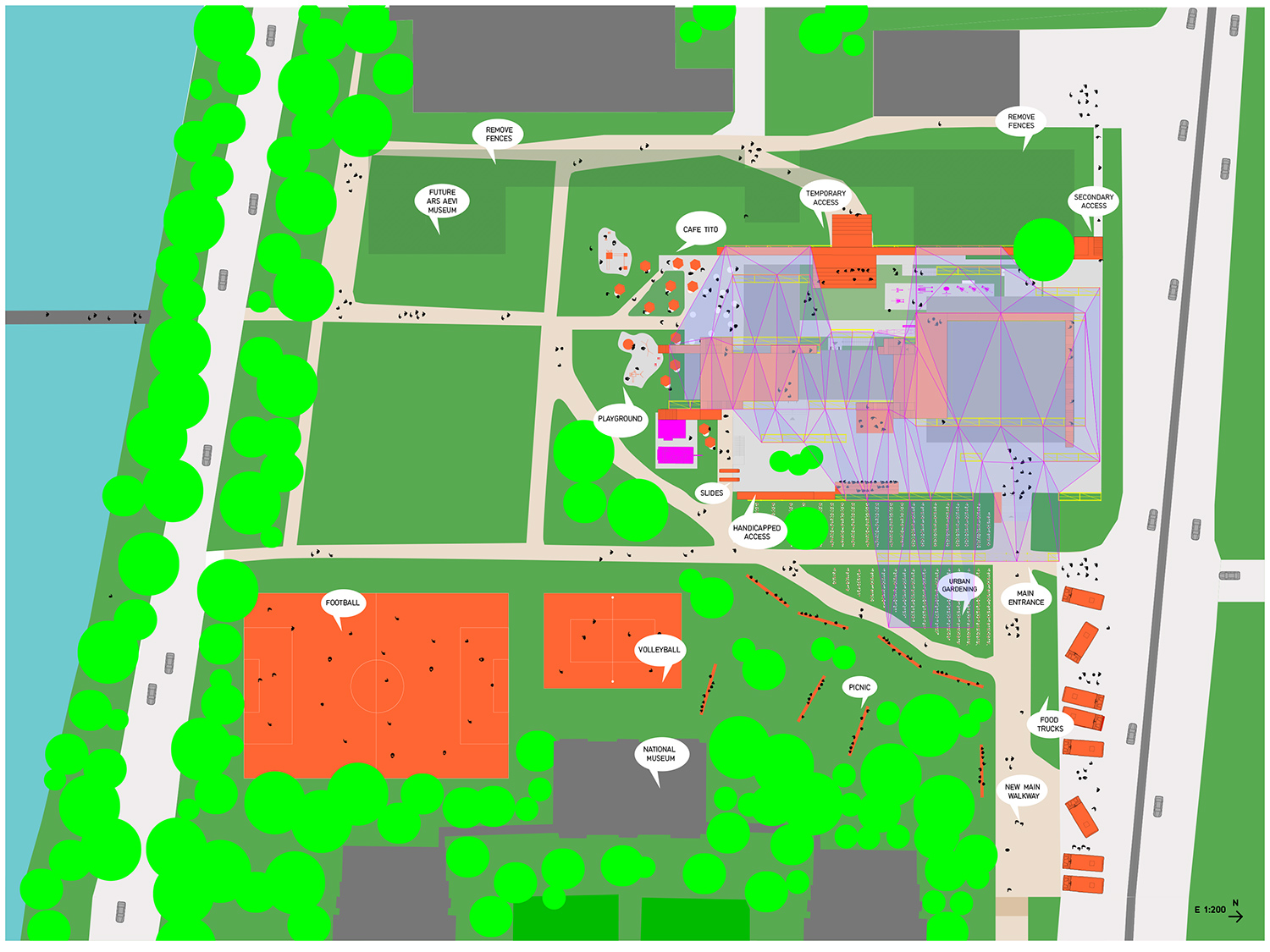 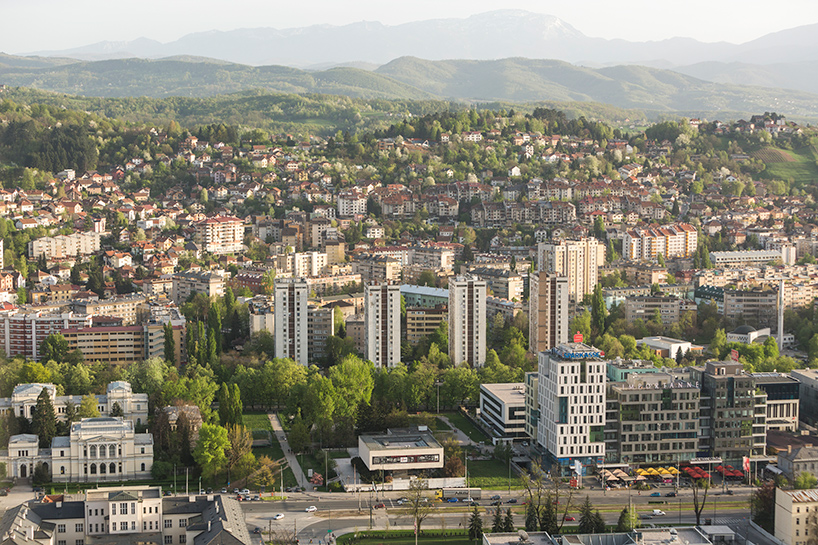 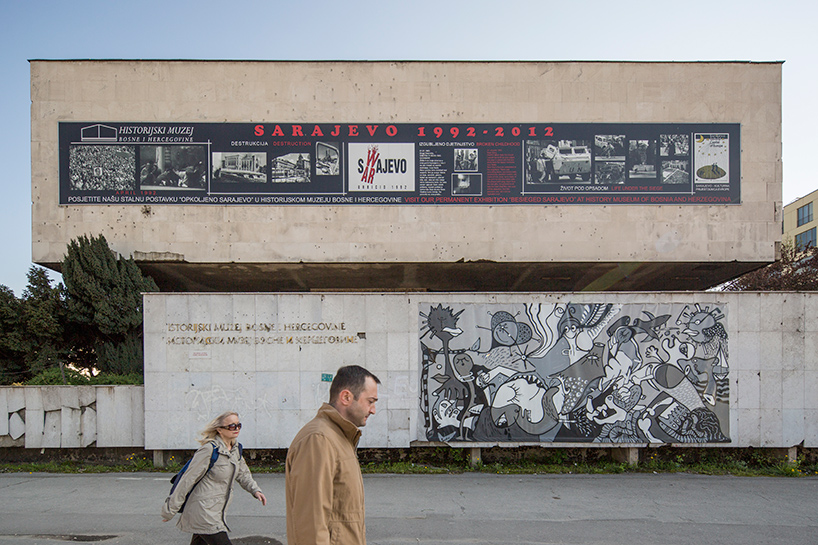 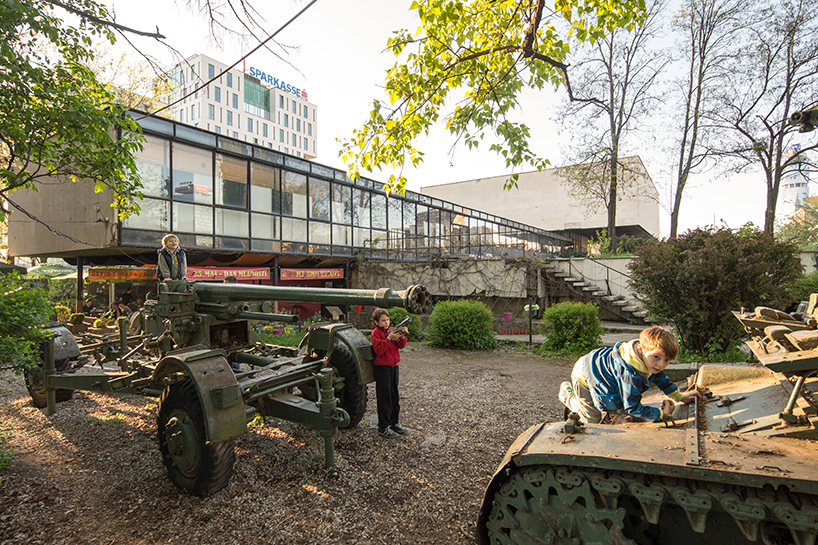 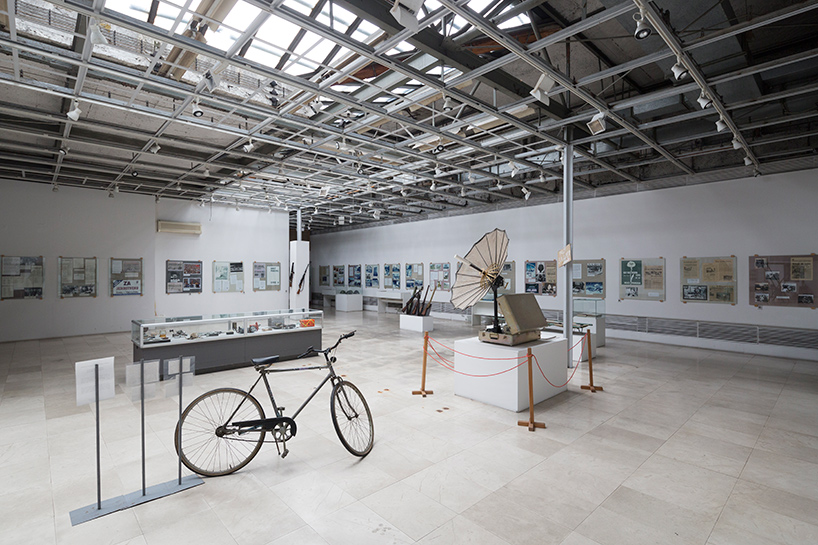 inside the museum
image © daniel schwartz / U-TT at ETH 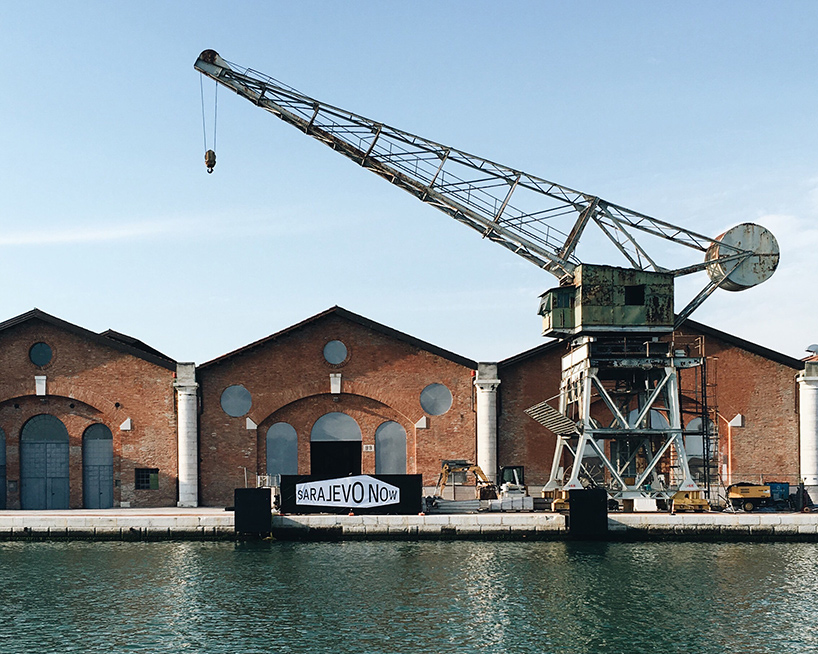 ARCHITECTURE IN BOSNIA AND HERZEGOVINA(5) 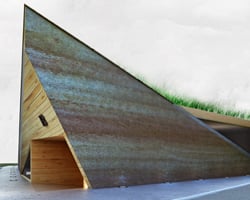 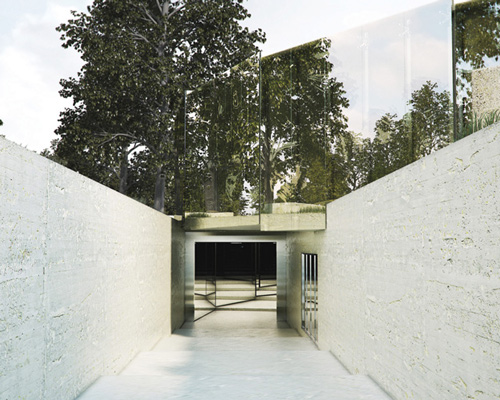 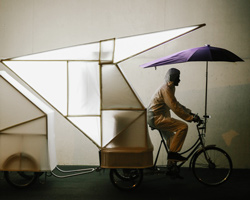 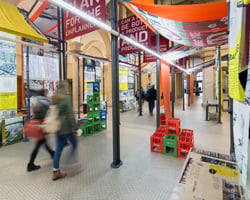 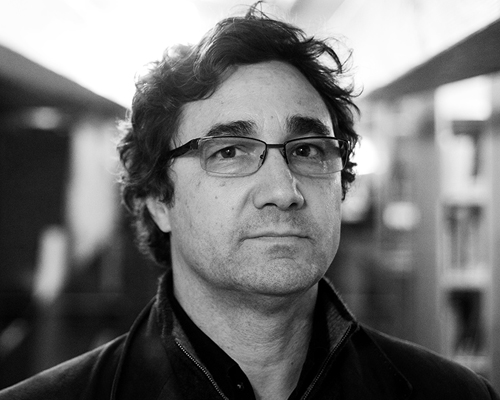 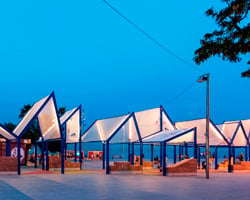 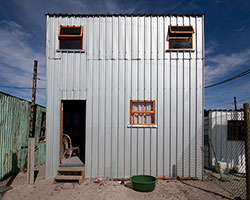 Sep 25, 2020
interview: KPF's james von klemperer on the design of new york's 'one vanderbilt'
von klemperer discusses the challenges of completing the supertall skyscraper and how the materiality was informed by its neighboring buildings.
architecture
168 shares
connections: +1590

Sep 24, 2020
bangkok project studio builds 'elephant museum' in thailand out of handmade bricks
the flexible museum is a network of covered and open-air spaces that allow for a variety of programming.
architecture
758 shares
connections: +1290