in celebration of zaha hadid’s career in architecture and design, fondazione berengo has opened a retrospective exhibition of her work at the 16th century palazzo franchetti on venice’s grand canal. coinciding with the 2016 venice architectural biennale, the exhibition showcases many of hadid’s seminal paintings, drawings and models, conveying her architectural projects in a variety of media, including photography and film. through the designs — built, under-construction, in development and unrealized — the display presents the pioneering research and investigation that instigates and defines the late architect’s work. the exhibition remains open until november 27, 2016. 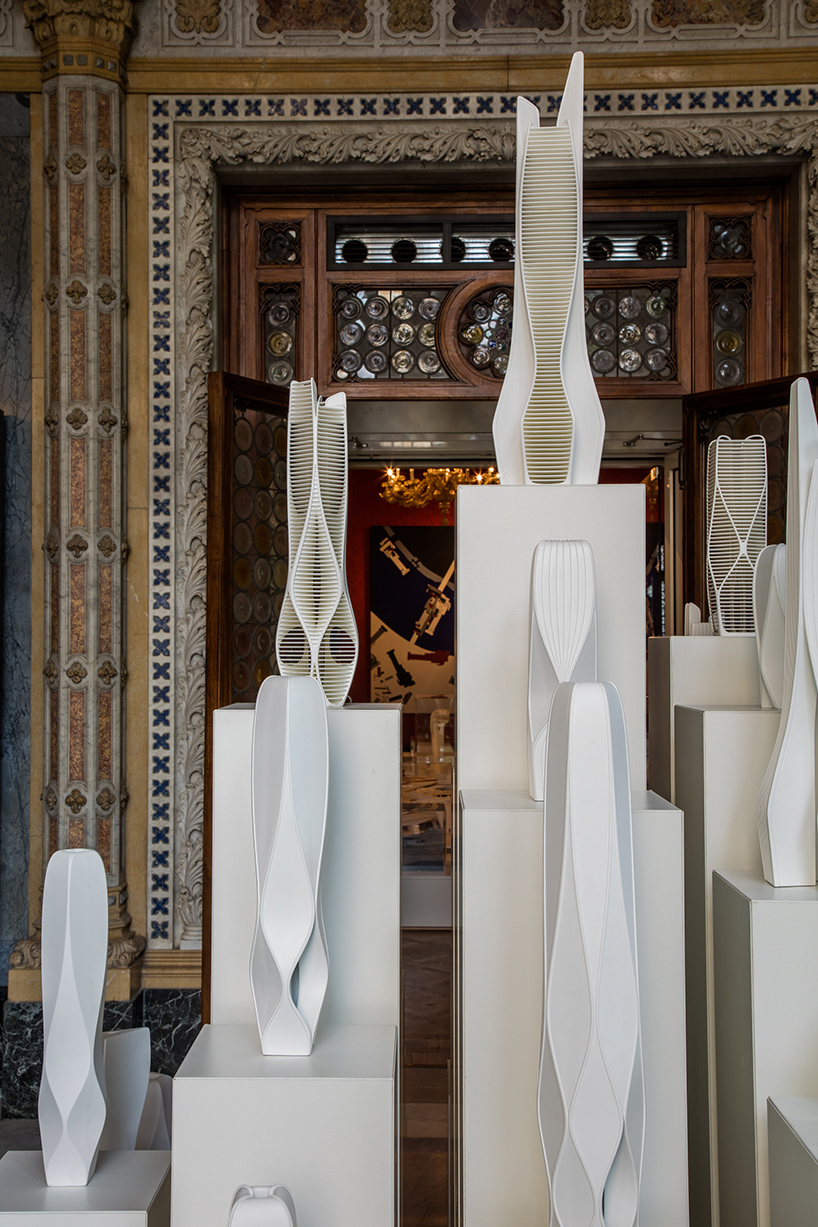 early in her career hadid had particular interest in the russian avant-garde, exploring the composition techniques of fragmentation, layering, and porosity that went on to underpin all her projects. hadid described her process, ‘my paintings really evolved thirty years ago because I thought the architectural drawings required a much greater degree of distortion and fragmentation to assist our research – but eventually it affected the work of course. in the early days of our office the method we used to construct a drawing or painting or model led to new, exciting discoveries.  we sometimes did not know what the research would lead to – but we knew there would be something, and that all the experiments had to lead to perfecting the project.’ 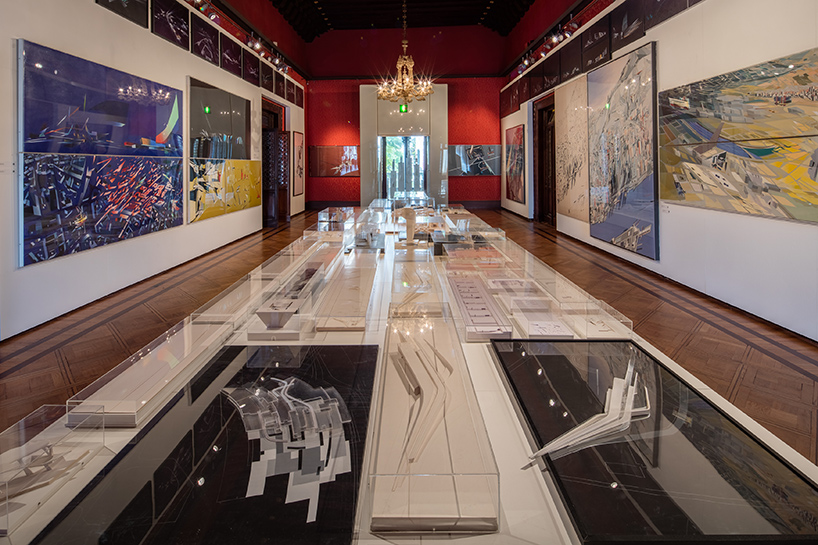 three projects representing milestones in zaha hadid’s career are presented in dedicated rooms: the vitra fire station in weil am rhein (completed 1993) — zaha hadid architects’ first completed scheme; the rosenthal center for contemporary art in cincinnati (completed 2003) — which contributed to hadid being awarded the pritzker prize; and the MAXXI museum of 21st century arts in rome (completed 2009) — which transcends the periods in which the practice implemented and developed its wide-ranging experimentation with the rapid advancements in computer-aided design. 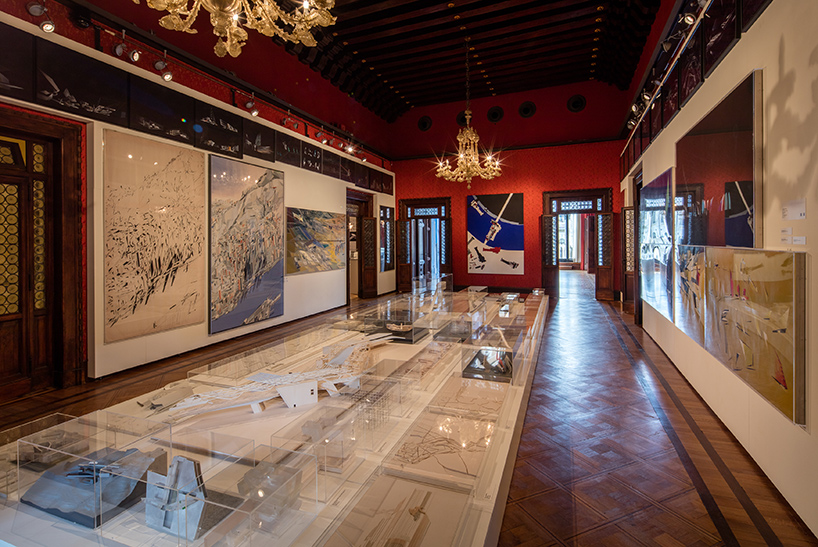 the ongoing work of zaha hadid architects is also exhibited, including projects set to be completed in the coming year. ‘visitors to the exhibition will have a greater understanding of zaha hadid’s pioneering vision that redefined architecture and design for the 21st century and captured imaginations across the globe,’ says adriano berengo, president of fondazione berengo. ‘although I work in the art world and dame zaha hadid’s excellence was architecture, her work is also imbued with art, that patina that makes everything eternal, including the creator herself.’ 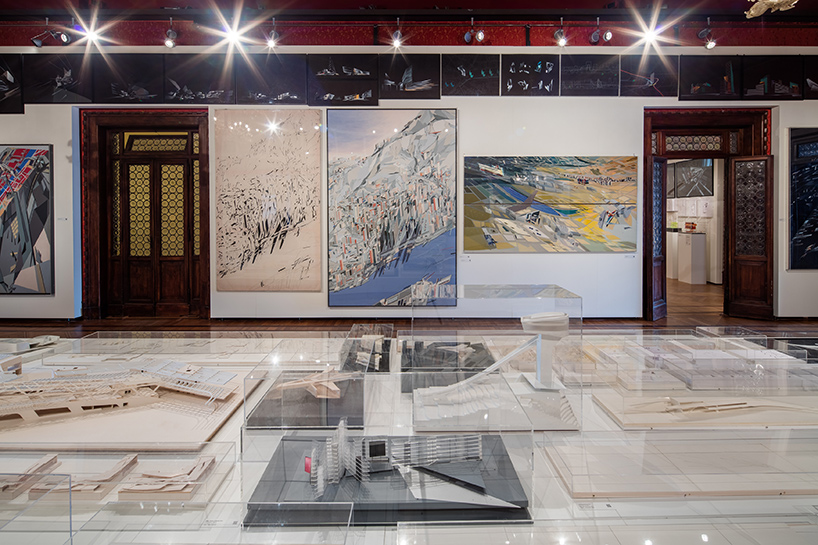 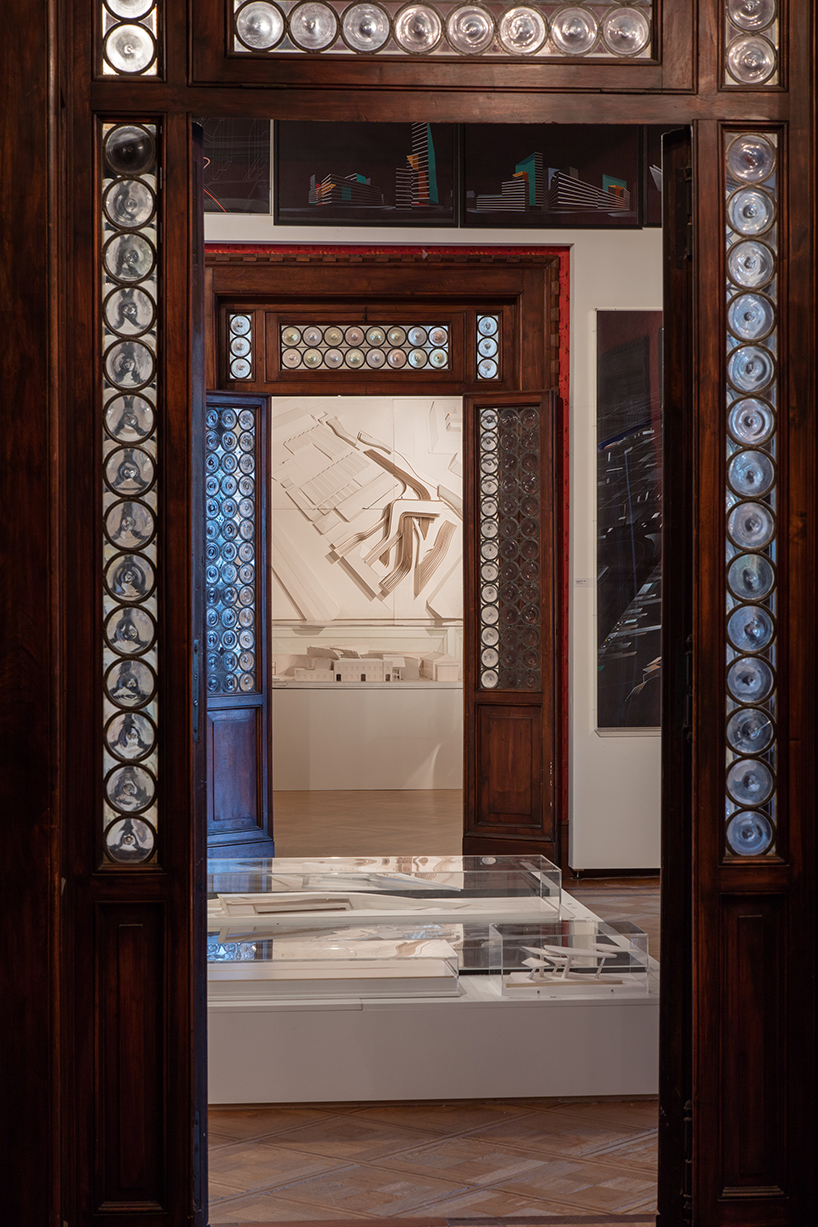 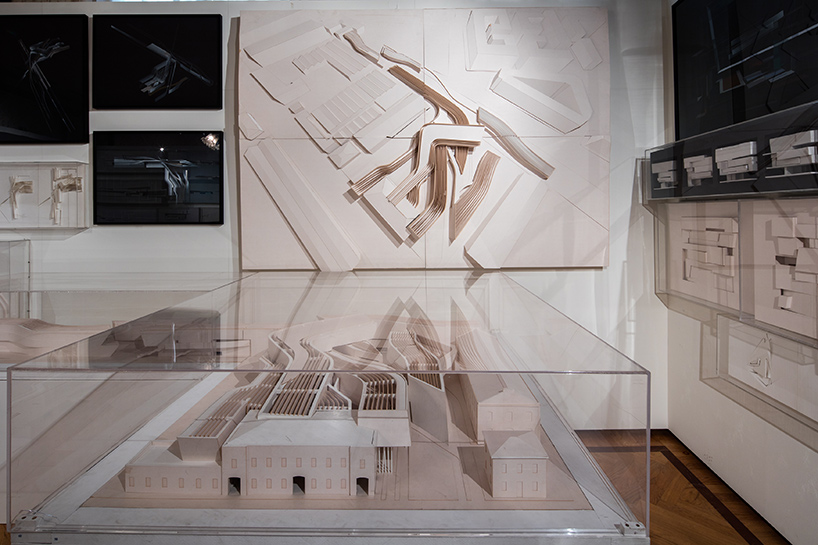