the members of winnipeg-based 5468796 architects in collaboration with university of manitoba instructor jae-sung chon have created the new group, migrating landscapes organizer (MLO), to curate the upcoming 13th international architecture biennale in venice. ‘migrating landscapes’ is the theme represented this year, highlighting the issues surrounding a globalized world and the resultant settling of people and cultures around different destinations. it analyzes human behavior and attitudes as well as the design of contemporary architecture across social, political and cultural borders.

numerous projects were submitted in a national competition with participants ranging from students to professionals, who developed projects conceptualizing the idea of ‘settling / unsettling’. the chosen projects represent canada’s acceptance and support for cultural diversity, in line with curator david chipperfield’s overarching topic of ‘common ground’. below, MLO discusses the process behind their pavilion and its role within this year’s exhibition. 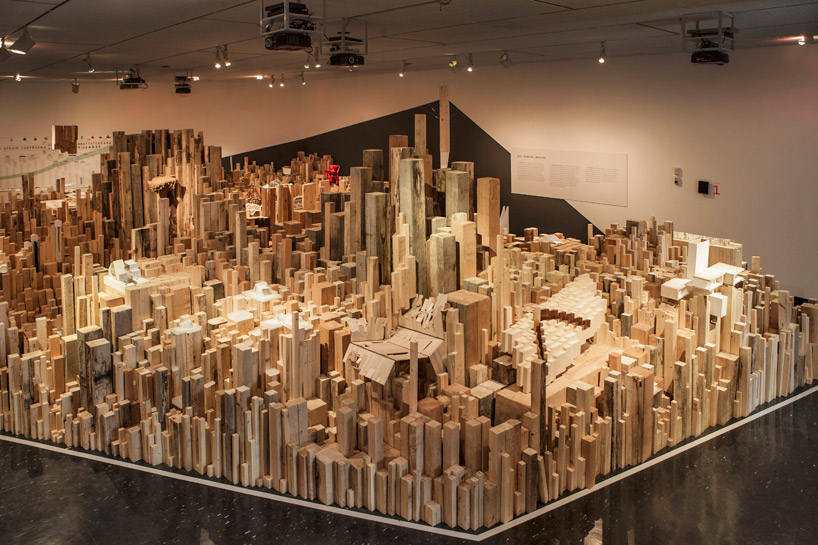 1. what will be the theme of the canadian pavilion at this year’s venice architecture biennale?

‘canada’s entry to the 13th international architecture exhibition – la biennale di venezia is migrating landscapes. as more and more people move around the globe, the issue of im/migration is more important than ever. in spite of humanity’s increased mobility, many countries are becoming less open to new im/migrants, with canada remaining a notable exception. migrating landscapes poses questions about contemporary architecture as it is practiced cross-culturally and negotiated across political and social borders.’ 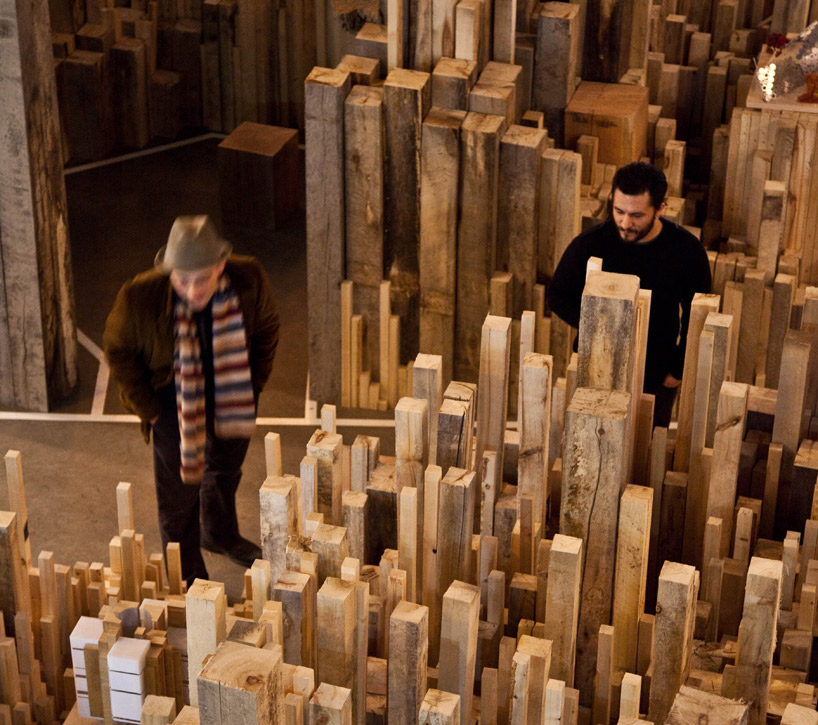 2. who are the architects and artists involved and why have they been chosen to represent the pavilion’s theme?

‘the selected exhibitors consist of 18 teams of emerging architects and designers from across canada, all under 45 years of age. in 2011, mlo launched a national competition, inviting young canadian architects and designers to create video narratives and architectural scale models of dwellings in response to their personal experiences of im/migration. the work was selected by regional juries and displayed at seven regional exhibitions across the country, organized and constructed by mlo over the course of the past year. regional winners were then shown at the national exhibition in winnipeg in the spring of 2012, where the 18 winning teams were selected by a prestigious national jury to represent canada in venice.’ 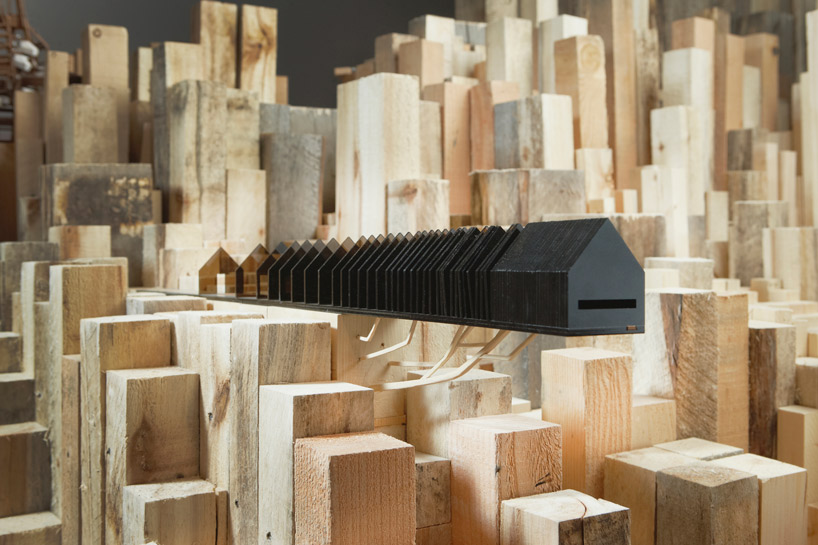 ‘in between the cuontryside and the city’ by jean-nicholas bouchard and philippe charest image © grajewski fotograph inc.

3. how will the content and physical realization of the pavilion support the overarching theme selected by david chipperfield, ‘common ground’?

‘the biennale’s theme of common ground resonates with migrating landscapes, which questions socio-political borders, the migration of people and ideas, and, at its core, exposes attitudes we all hold of others, consciously or unconsciously. mlo has designed a wooden exhibition infrastructure that acts as a conceptual landscape onto which each architectural dwelling is settled, with each model representing an act of first im/migration. the landscape is envisioned as a grid mosaic – an abstraction of the physical [configuration], social [relationship], economic [size] and political [hierarchy] conditions that form canada’s pluralistic cultural identity. the malleable nature of the landscape echoes the idea that, in canada, a newcomer is not asked to assimilate to a culture, but rather is encouraged to express their personal identity. as such, modified by individual designers and collectives, the landscape, like the dwellings and video narratives placed into it, resonates with the theme of common ground, while revealing ideas surrounding cultural multiplicity and interpretations of [un]settling.’ 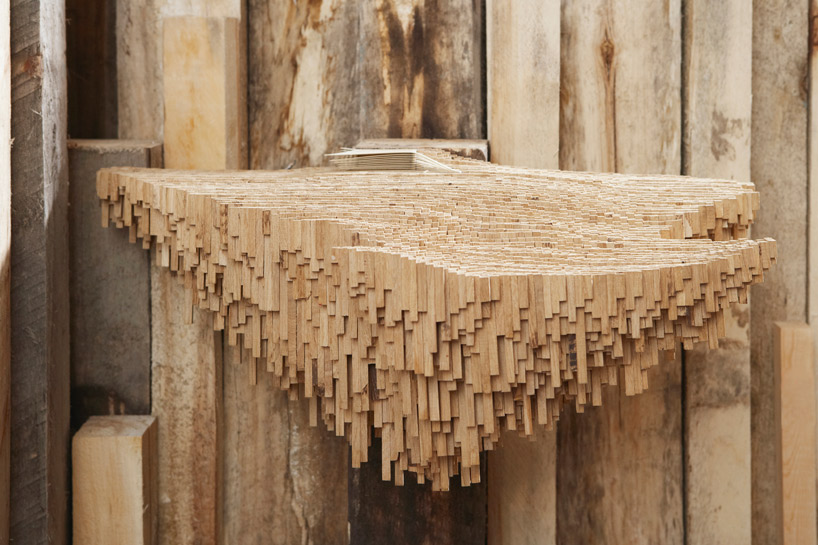