curator and architect sergei tchoban (along with partner sergei kuznetsov) of SPEECH techoban / kuznetsov  have designed the russian pavilion for the 2012 architecture biennale. divided into two parts, ‘i-city’ and ‘i-land‘ address russia’s past and future in a highly interactive experience.

‘i-city,’ in the upstairs level, consists of three rooms with a grid of QR codes wrapping the walls, floors and ceilings. shelves of tablet PC’s greet visitors which convert them into scientists and explorers, left free to roam the halls using their tool to take pictures of the codes and discover information about the skolkovo project, a new city which promotes architectural and technological innovations in russian urbanism. the tiled skin of the interior creates a texture, filling the spaces with varying levels of light in a surreal futuristic environment. the potential of information is present, but must be found by the individual and pieced together, where the big picture is not immediately obvious but rather uncovered.

visitors are given a tablet when they enter, which they can point at any particular code. they all translate into information on skolkovo – the future science city just outside moscow. skolkovo is one of the largest, most innovative russian projects of today and has been worked on by many international architects, including biennale director david chipperfield; AREP; SPEECH tchoban/kuznetsov; valode& pistre; mohsen mostafavi; OMA; SANAA; herzog& de meuron; stefano boeri architetti; project MEGANOM; MDP/michel desvigne paysagiste; BERNASKONI architecture bureau. 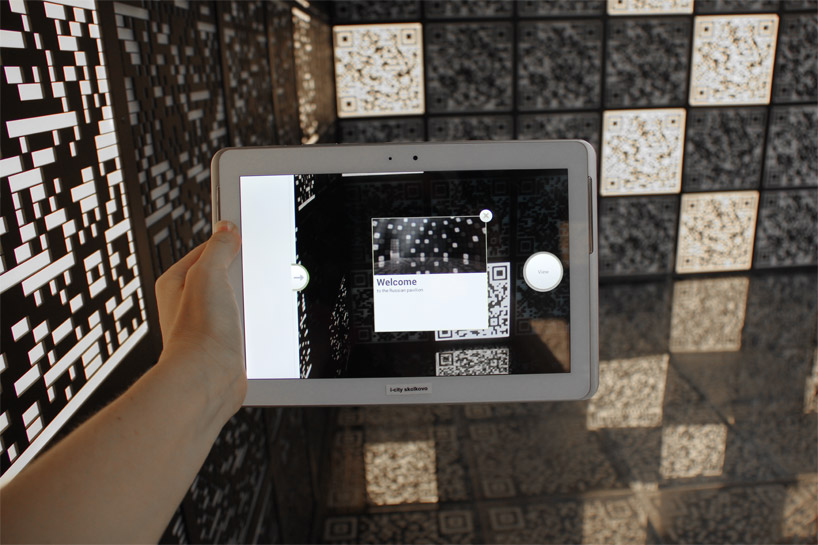 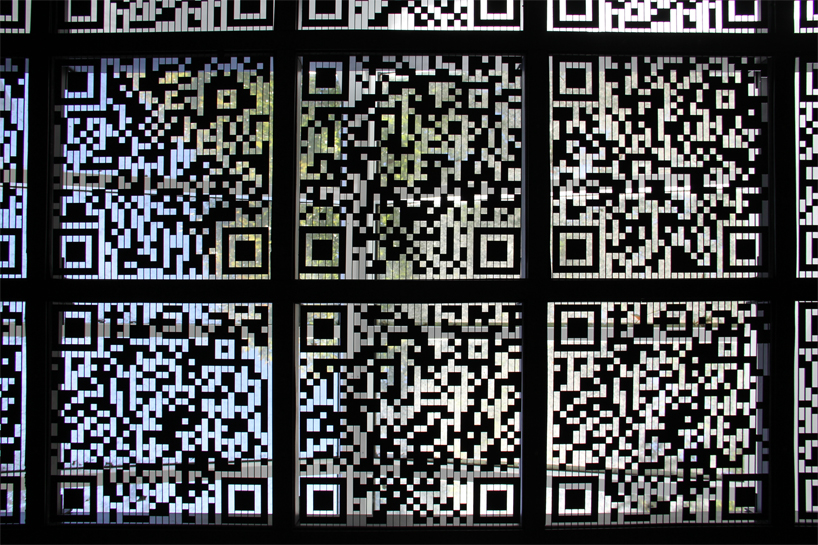 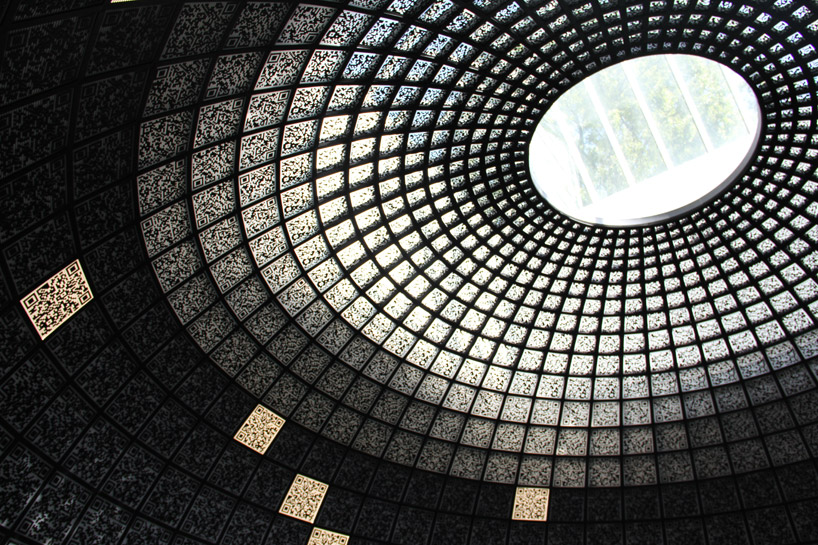 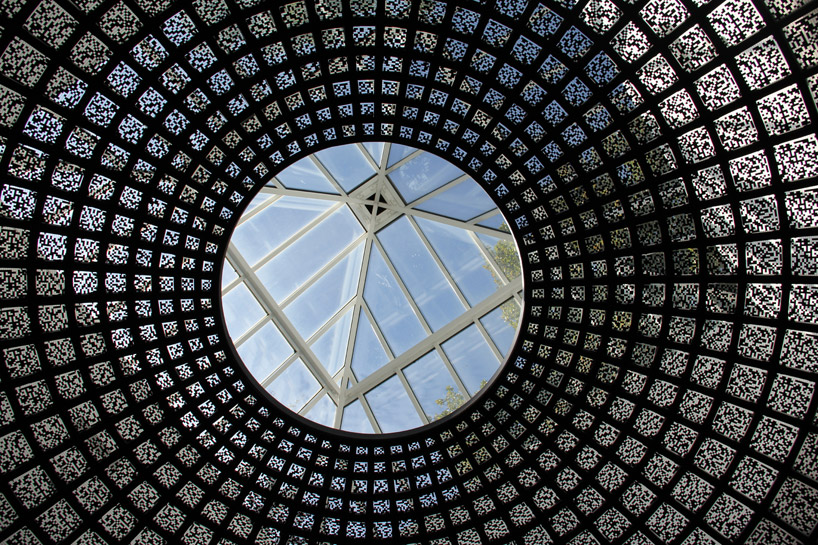 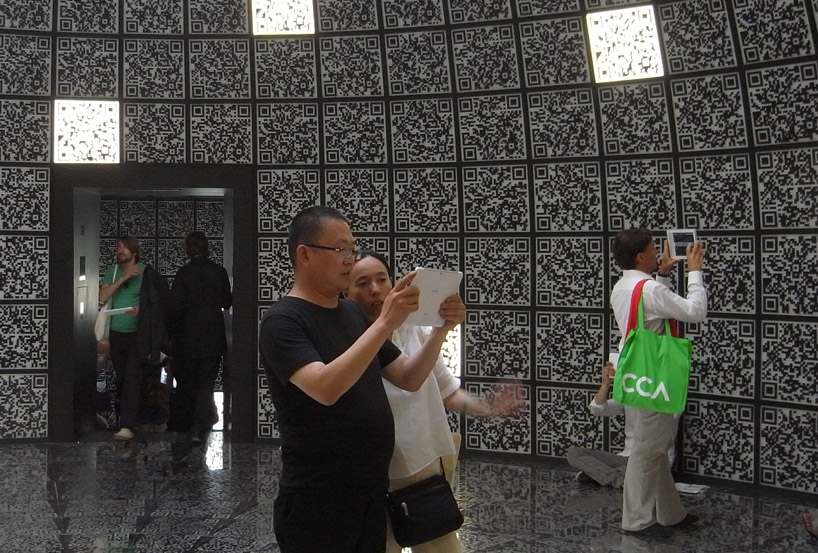 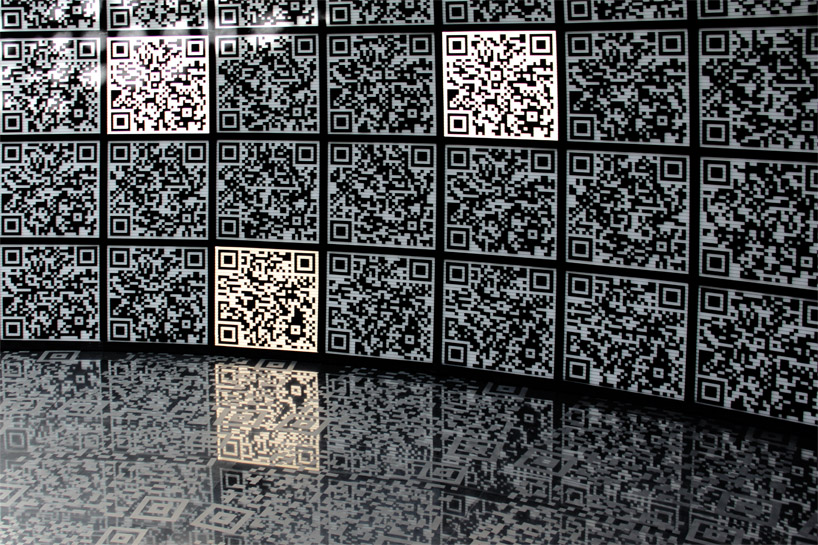 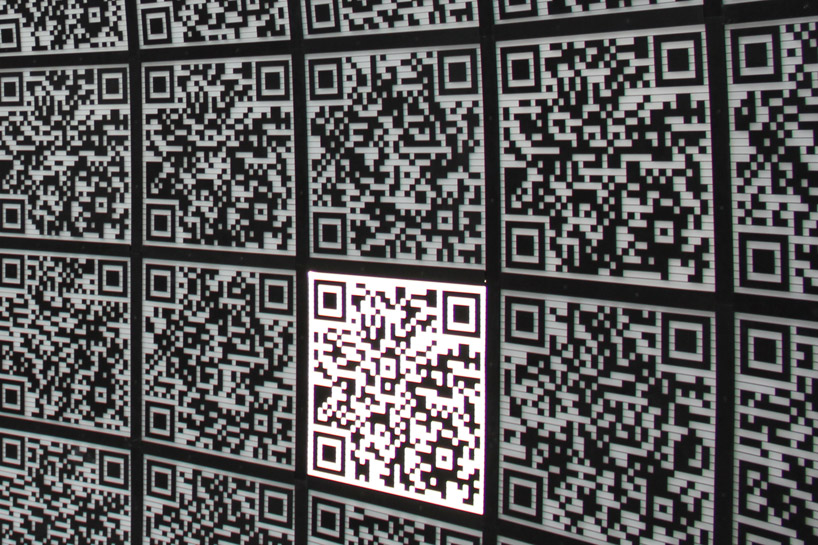 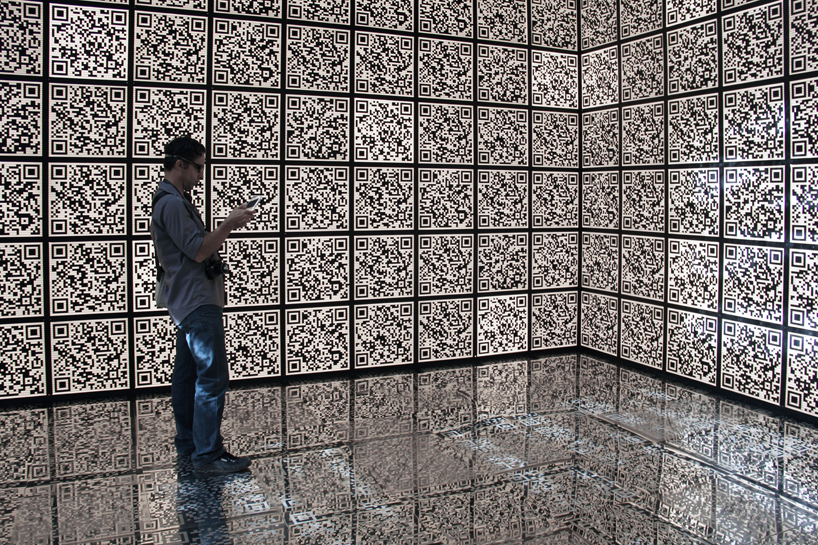 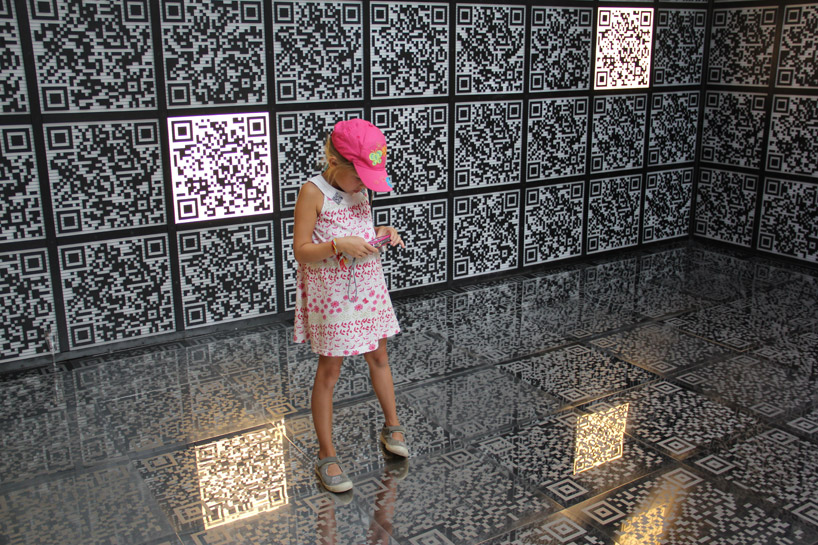 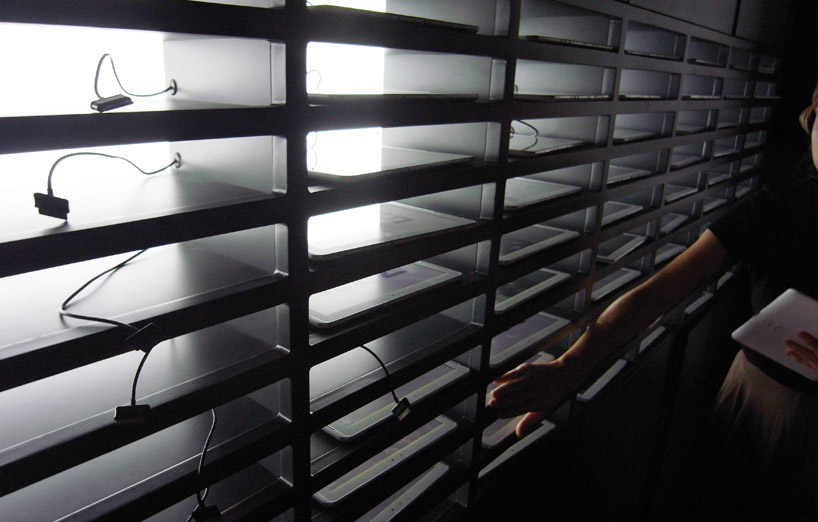