the villa in hoogvliet is one of the latest building’s designed by the experimental british architecture firm FAT. located in the town of hoogvliet, the community building is part of the heerlijkheid park that was also designed by the studio. hoogvliet is a town and separate borough within rotterdam in the netherlands. the building contains a multi-use hall, offices and a café. the concept of the villa was to envision a civic building for a new suburban town in the 21st century. the building itself is fairly bare-bones, but clad in an eccentric timber rain screen that was used to recall the area’s industrial history. the screen has been cut-out in spots to provide signage. the entrance has also been adorned with a rust-coloured forest of stylized trees that play on the idealized nature of the development. the minimal nature of the interior structure is emphasized by pink-painted steel beams. the project was short-listed in this past year’s world architecture awards. 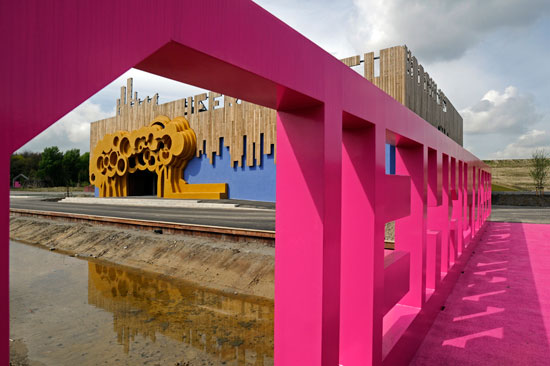 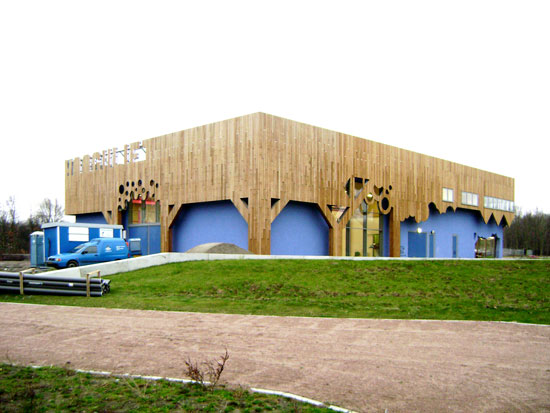 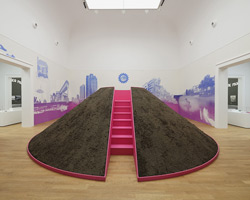 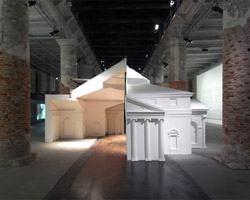