for the first time, 22 UK buildings by foster + partners have been captured in their full 360˚ glory. the immersive tours offer a rounded perspective of each project with wraparound views of interior and exterior spaces accompanied by legends that expand the information on each project. 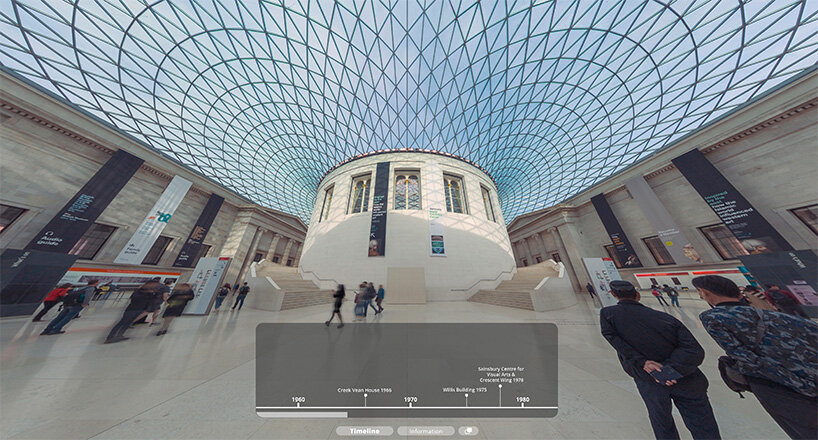 the virtual tours offered by foster + partners are organized around a timeline, with the first project presented being the creek van house, built in 1966. this private house was designed to exploit a sequence of cornish views and reveal an architecture informed by the topographies of the site. the tour continues with the willis building, completed in 1975 and located in ipswich, showcasing a project that maintains a sense of continuity within its urban setting. next is the 1978 sainsbury centre for visual arts which brought a new level of refinement to the practice’s early explorations into lightweight, flexible enclosures. 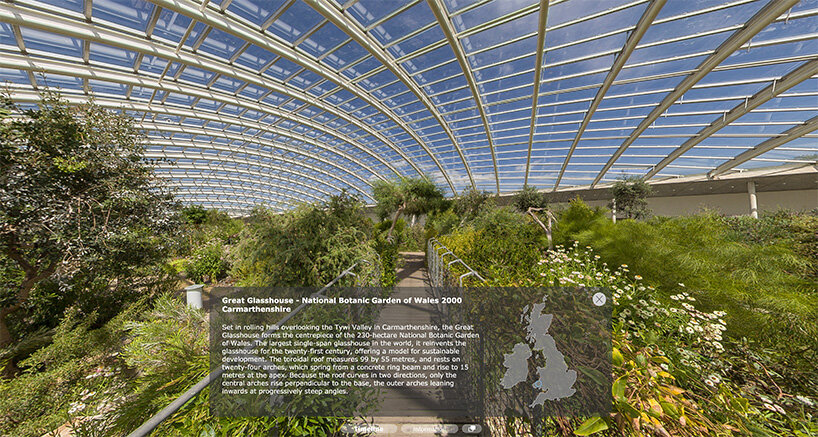 for those interested in visiting the practice’s riverside studio in london, two 360º images are available, featuring the entrance and the 60-meter long main level, a double-height volume with a fully glazed façade overlooking the river. the tour proceeds to highlight the sackler galleries at the royal academy of arts; the faculty of law at cambridge university built in 1995; the american air museum; the national botanical gardens of wales; the great court; the LES library; london’s city hall — one of the city’s most important projects which expresses the transparency of the democratic process and demonstrates the potential for a sustainable public building; the albion riverside; the sage gateshead; the mclaren technology & production centers; 30st mary axe; the wembley stadium built in 2007; ME london; SEC armadillo & SEE hydro; the imperial war museum; crossrail place; maggie’s manchester; and the bloomberg headquarters.

head over to this site and explore the projects yourself. 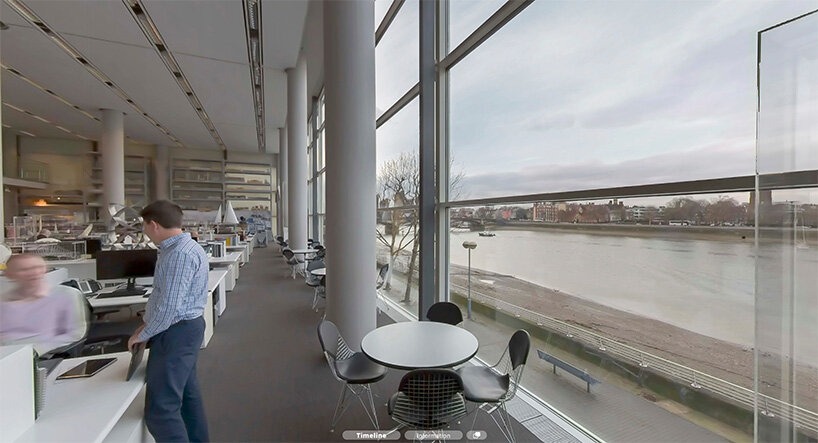 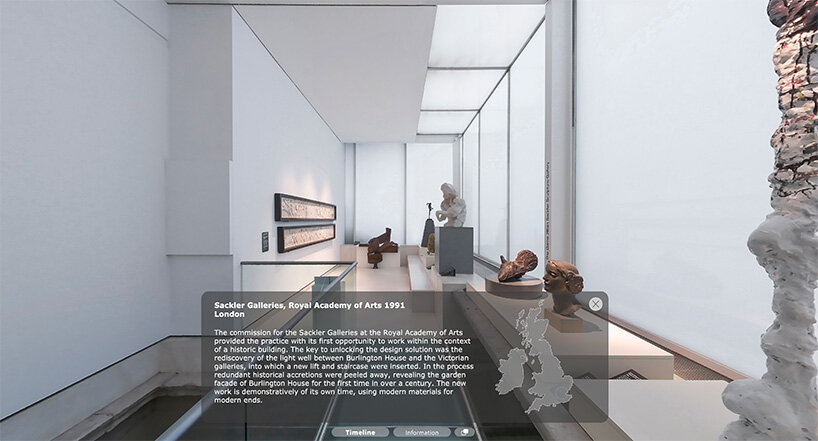 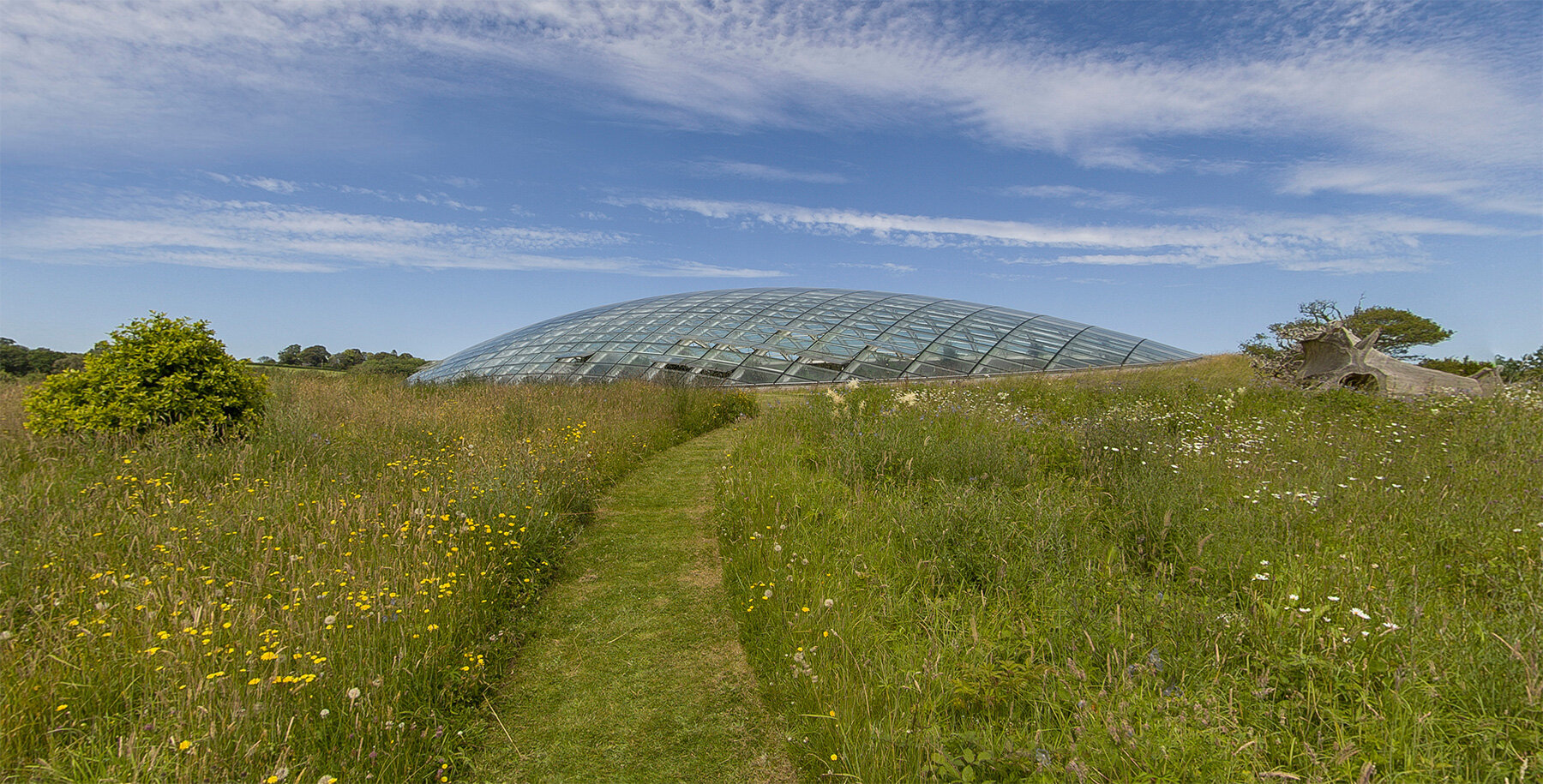 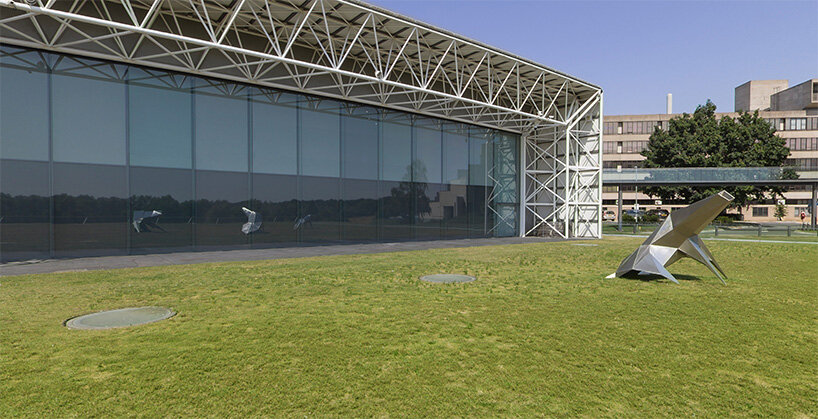 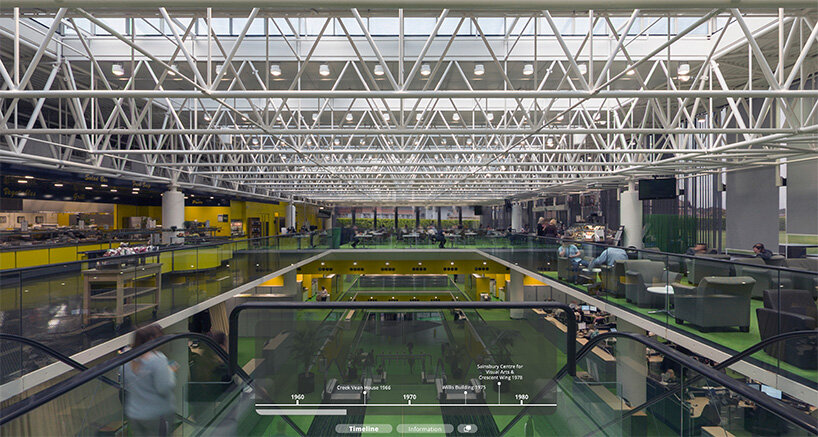 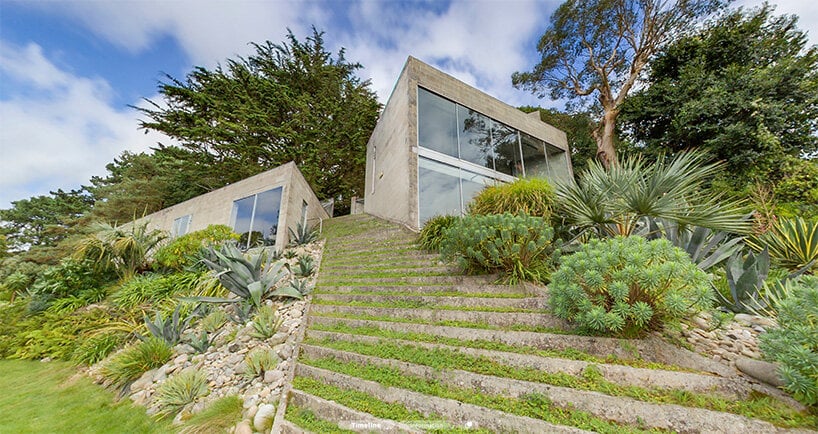