wanting to help ease pedestrian commuters over the tranebergsbron bridge in stockholm, sweden, local studio visiondivision has proposed an attached concrete vaulted structure. an issue for the city is that it’s composed of multiple islands, which offer natural beauty, but also create barriers between the center and surrounding suburbs. originally built in 1934, the crossing has since had an identical component added to it, allowing more cars to traverse the bridge. this layout poses a problem for pedestrians as it forces them to endure a strenuous 15 minute walk in a noisy environment, right next to a busy highway.

the proposal sees the addition being used to cater for pedestrians between the two important areas in stockholm. as a result, this would dramatically shorten the time between the two shores, while also making the journey a pleasant three minute walk in a relaxed setting. 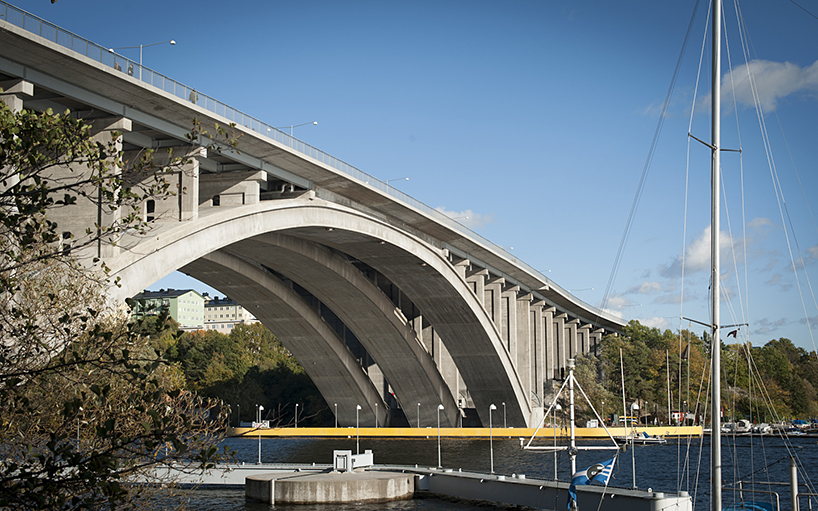 image of the existing bridge before the alteration

only minimal intervention is required, as the concrete pillars that connect the vault to the surface of the bridge already have holes in them, so by extending this upper part a passage with stairs could be added, as well as proper lighting and a protective fence. the ground could be treated with red concrete tiles before the arc begins to highlight the new path better and make it more accessible. the two sides of the land would benefit greatly from being opened to each other as both are major gateways currently undergoing expansion with new housing and services. 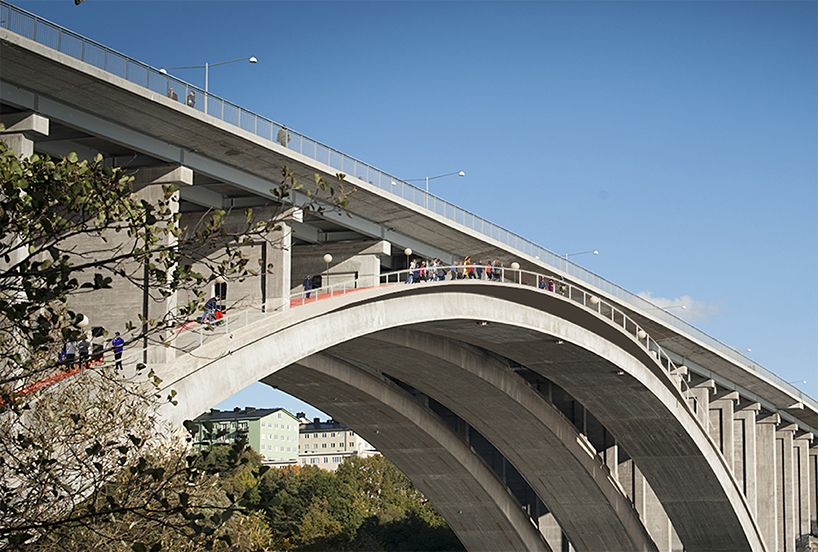 the minor addition to the upper vault forms a pedestrian passage

the transformation of the underside of the bridge through pedestrian activation would enable new functions and activities to occur. the concrete pillars have the potential to hold a temporary art gallery and the stairs on the vaults can also work as seating to watch film screenings from. furthermore, the two abutments would be attractive spots where small kiosks could be set up, increasing the commercial benefits of the site. 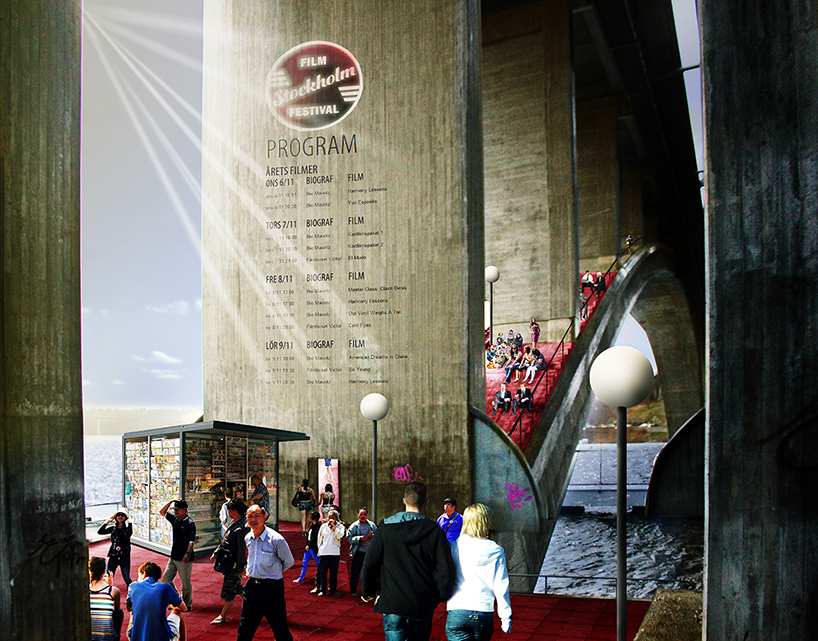 close up of the existing bridge 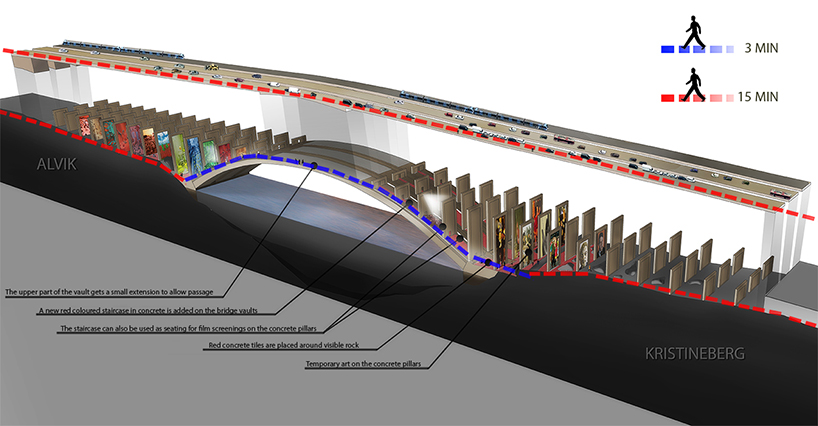 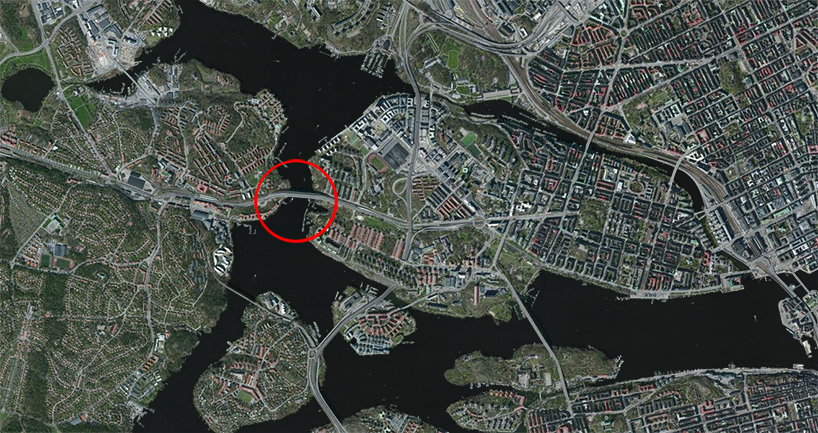 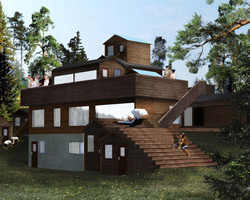