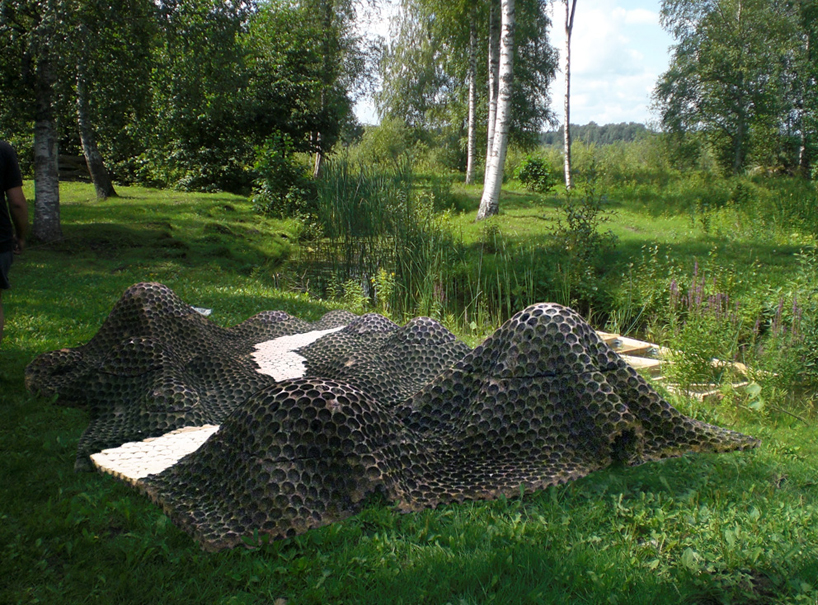 ‘a country gentlemen once bought 10000 crayfishes in the 90’s to plant in a stream running through his land. in the autumn he would capture about a hundred of them to eat at the annual swedish crayfish parties. the crayfishes however slowly started to emigrate to another nearby lake outside the patron’s estate. desperate of seeing his neighbors feast on his crayfishes, he contacted visiondivision to solve his problem. visiondivision decided to help the patron by building him a refugee where the crayfishes could immigrate back. by investigating the condition of the stream we soon found out that it was the lack of stones, hiding places and the lack of calcite that probably had made the crayfishes emigrate. the city planning would focus on solving these issues.(…)’ – visiondivision 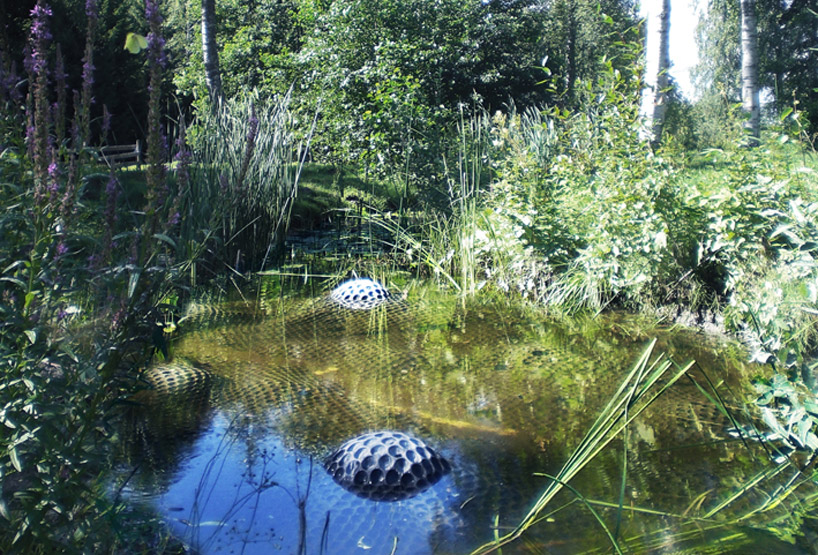 the design for ‘cancer city’ is an undulated concrete landscape in which crayfish live inside the structures hills. these hills are equipped with lids which allow the gentleman to walk on top of the landscape so that he can capture his yearly crayfish quota. a white path runs on the construction so that the hunter can hunt during the night when crayfish are most active. waterproof LED lights are attached inside the hills, attracting the crayfish, making them visible to the hunter. the man-made hills have several escape holes and underground safe zones, just to make sure that hunting won’t be too easy. 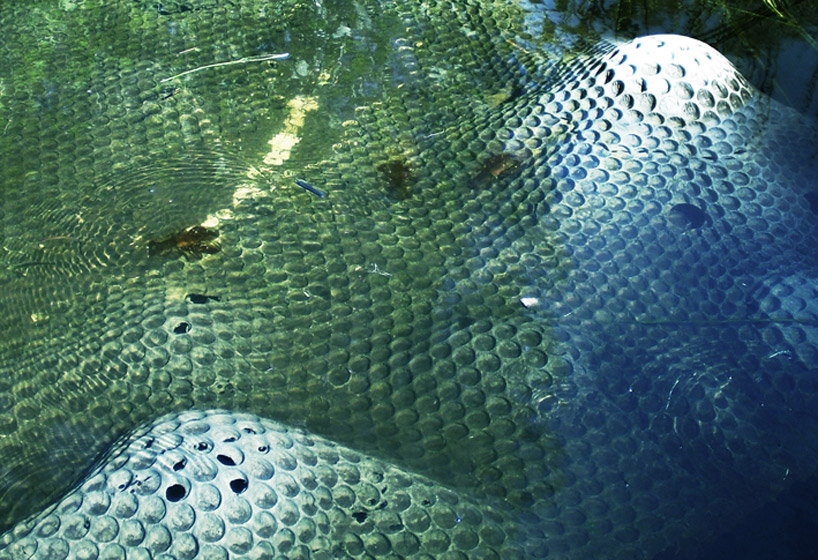 up close look at the undulating landscape made of butong

a lightweight, slightly transparent concrete called ‘butong’  was chosen for the construction because of its properties which allow the structure to be water resistant, transportable and is strong enough to carry full grown persons or animals walking along it, providing shelter to the crayfishes.

‘butong‘ is a lightweight slightly transparent concrete which was invented by a firm which goes by the same name. the material is only two centimeters in depth without any metal reinforcement that can rust and the mould could be bendable after casting which enabled visiondivision to create the undulating landscape of concrete without having to build time consuming cast forms. butong also includes calcite in its composition which attracts crayfish. 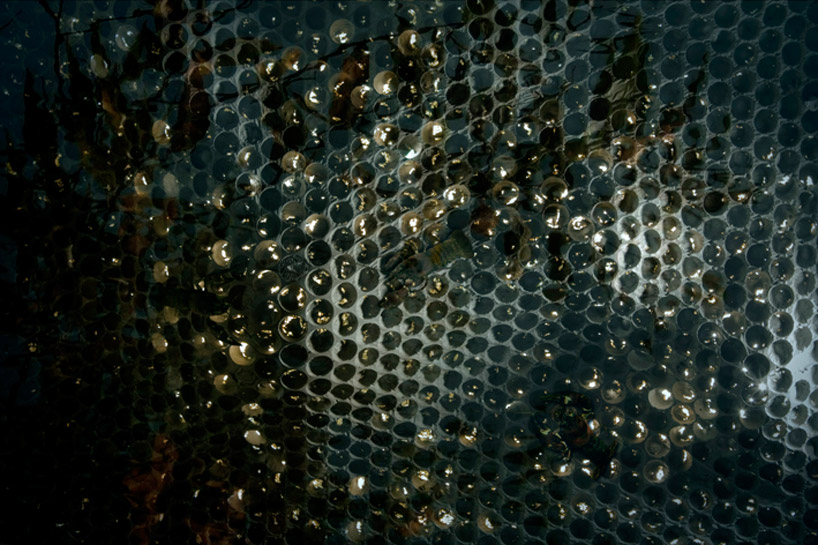 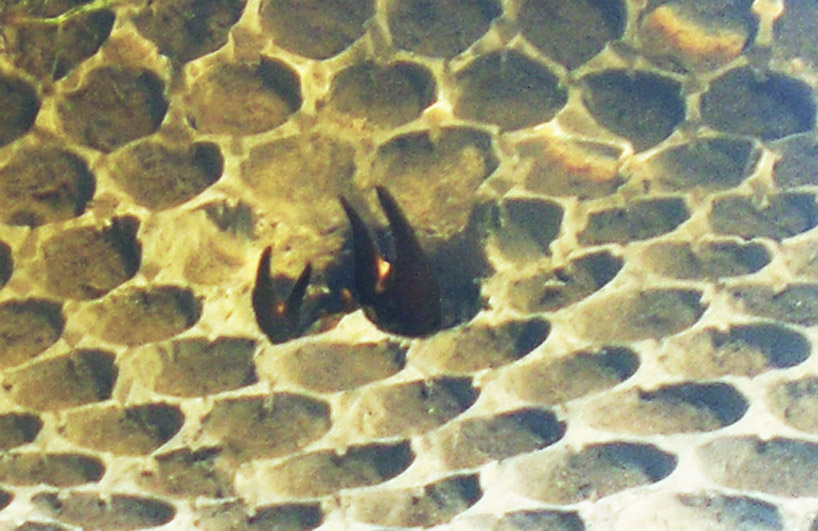 crayfish living within the holes of the structure 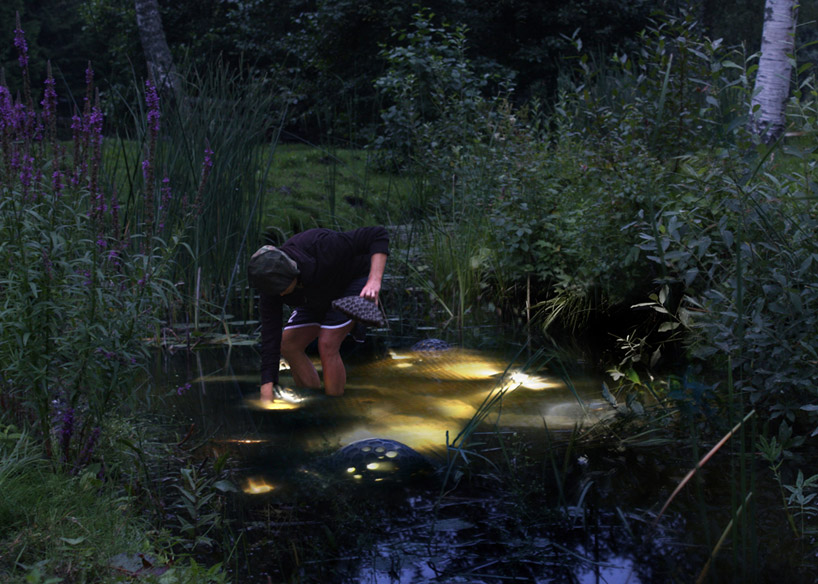 the river by night

‘cancer city’ rests in a stream, waiting for its inhabitants to arrive. walking on the flawless craftsmanship just one week after inauguration they met one of the first inhabitants staring at them from its new nest.

the project is a collaboration between vision division (anders berensson and ulf mejergren) and the butong team (lars höglund and benjamin levy. 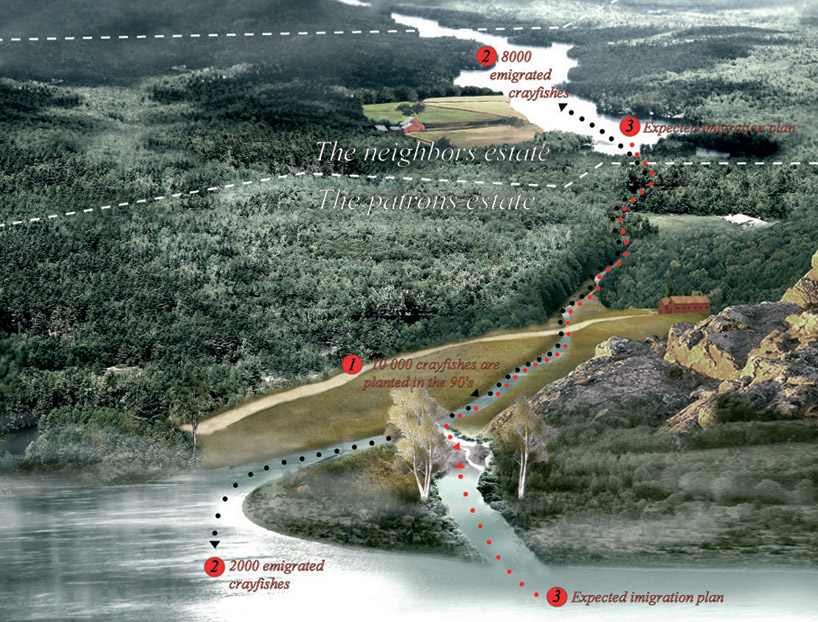 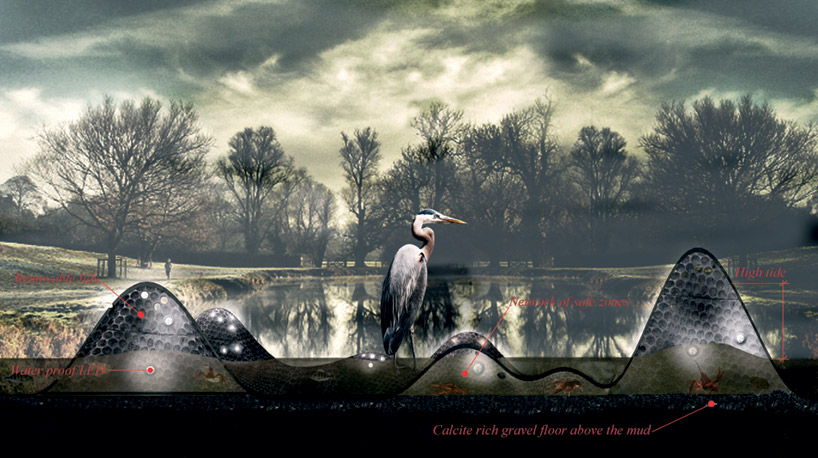 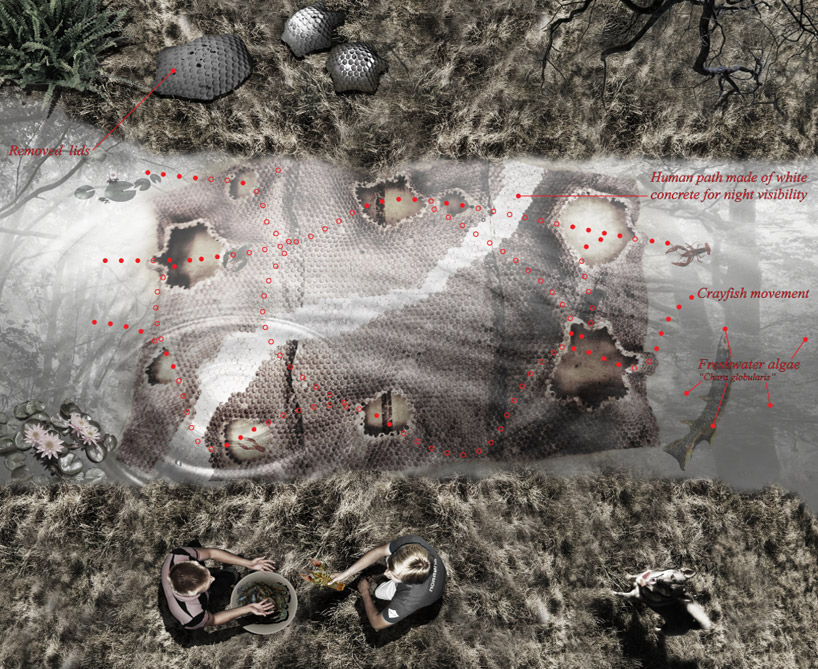 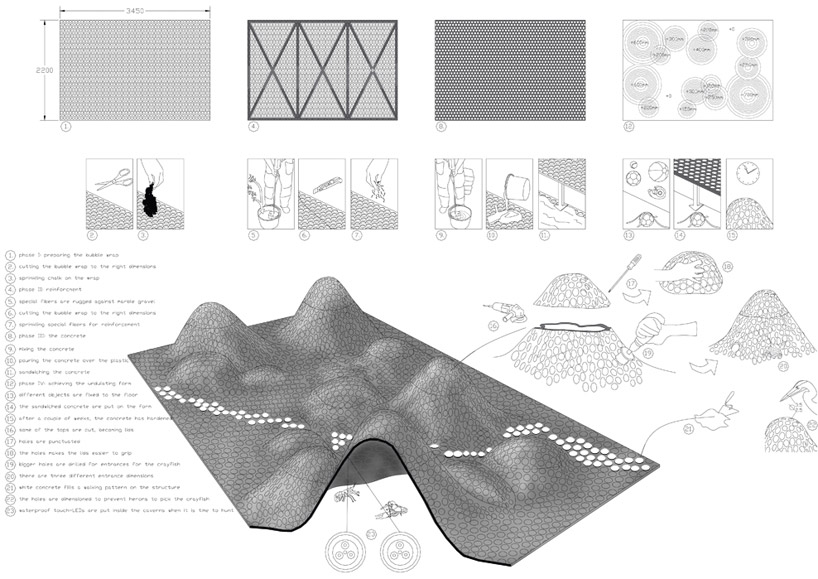