‘hollow’ is an organic pavilion that changes the conditions for social interaction and behavior. simply built, using compression to hold the structure together, the concept is designed by visiondivision (ulf mejergren and anders berensson) as their competition entry for sukkah city, where designers / architects were asked to design a modern sukkah – a temporary hut created for an annual jewish harvest festival – in union square, new york city. 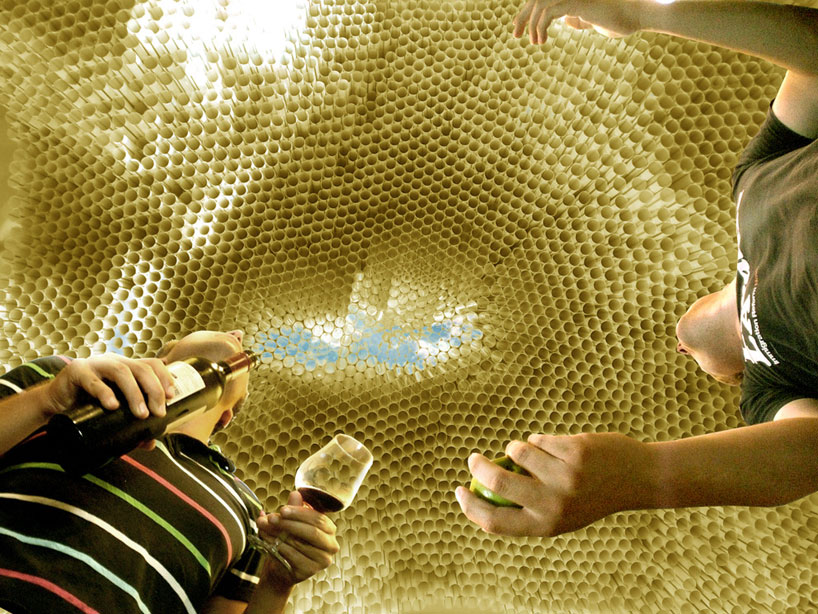 some of the constraints implied in the competition, for example, was that the sukkah had to have a roof made out of branches, but that they could not be in bundles. this in turn influenced visiondivision’s decision to use the construction technique of compression to build ‘hollow’. 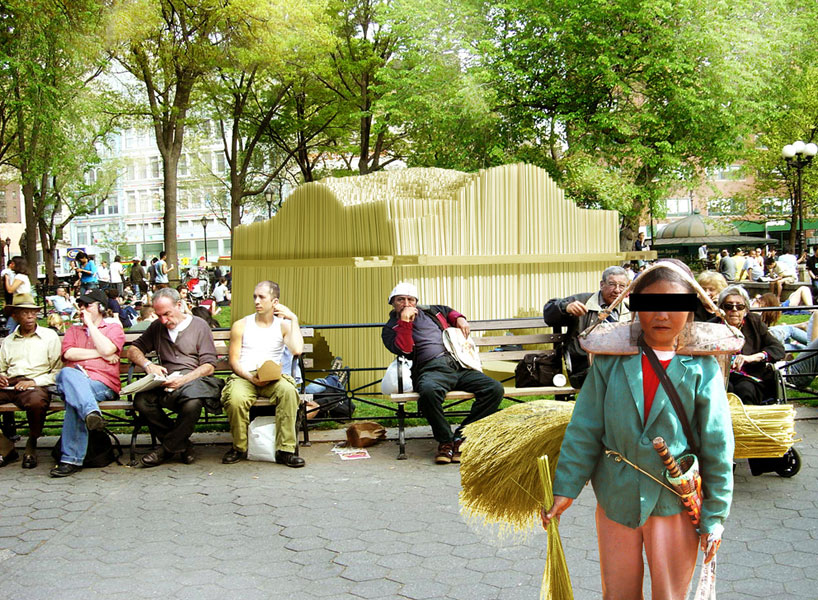 the sukkah was designed for one of the most populated places on earth – union square, new york city

the competition asked teams to design a sukkah to be erected in one of the most populated and dense places on earth, filled with built structures and a stressful ambience, changing its function from its initial protection purpose from sandy winds and a blazing sun to a shelter from building mass, infrastructure, scale, city pace and constant movement.

the swedish duo’s intention is to build something which contrasts the scale and pace of the rest of the city. when entering the sukkah, you automatically slow your pace and behaviour, switching to  more restful position as a result of the physical restrictions which make up the small space. 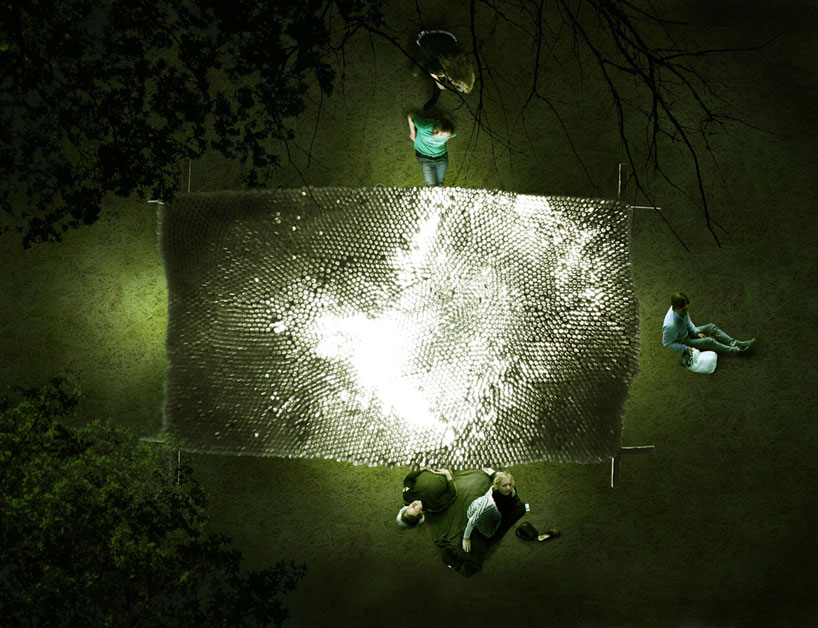 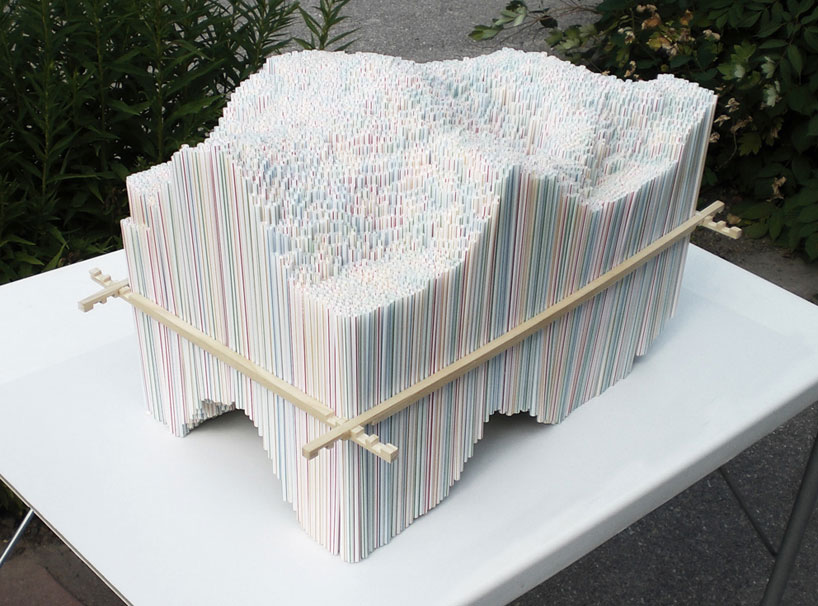 model of ‘hollow’ constructed from straws

drawing of the floor plan

‘hollow’ consists of two interlinked rooms; a social area for dining and interactions and a more closed space for sleeping and star gazing. the undulating ceiling – not higher than a man’s average height – changes the conditions for social interaction and behavior. the different heights and thickness of the roof sets the atmosphere and the hollow reeds change its light and visible permeability by how thick it is. because of the the size of the sukkah, one is no longer able to perform as they would under normal circumstances. speed and strength is reduced and you are protected from the potential physical threat of your surroundings.

topography of the undulating roof 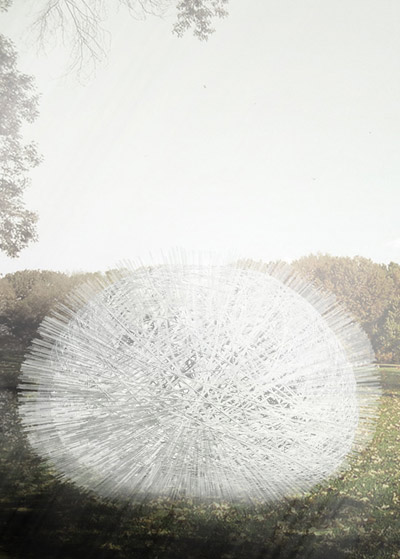 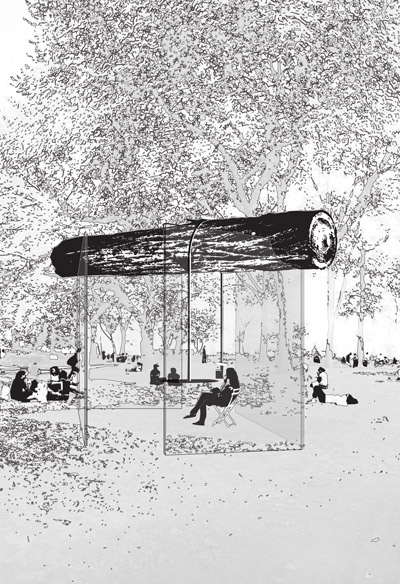 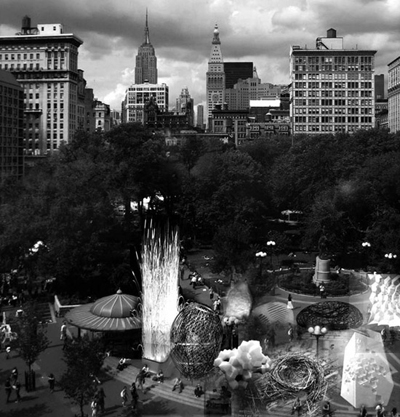