swedish-based visiondivision (anders berensson & ulf mejergren) has sent us their latest project ‘nature’s choice’, a commission in which they have been asked to build a vacation house for two families in the north of sweden.

the plot is situated within a coastal area of the scandinavian country, that has been included on the world heritage list due to its land uplift geology (which is the most progressive on earth). the site offers two levels: an upper level which consists of a patch of untouched wood; and a rocky meadow with a steep cliff connecting the area’s two plateaus on the lower level.

as the plot has a protective status, the duo has come up with three potential alternatives for dwellings:  a wooden house set amidst the forest or a stone house that lies in close connection to the rock outcrops. the third option is a house that blends in with two different typologies of the wood and stone houses. the three different variations are related to each other, when it comes to the layout of the plans and the outer perimeter of custom made bearing pillars that imitate the surrounding nature. 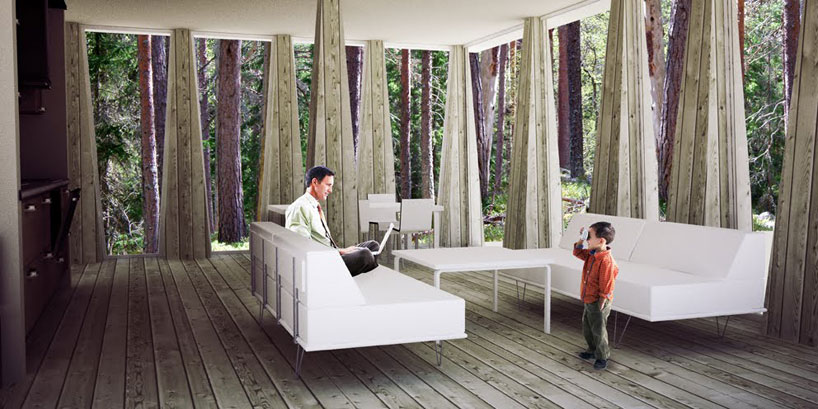 the ‘forest house’ is a construction of two mirrored units, divided by a central wall that can be easily folded away, quickly doubling the size of the living space. one is able to enter through a hallway which leads to a kitchen, followed by a living room where a fireplace stands in the centre, along the wall that separates the units. the building’s columns taper closer to the top, varying slightly in width to resemble tree trunks. some are there for structural purposes, while others function as wardrobes (particularly in the bedrooms). 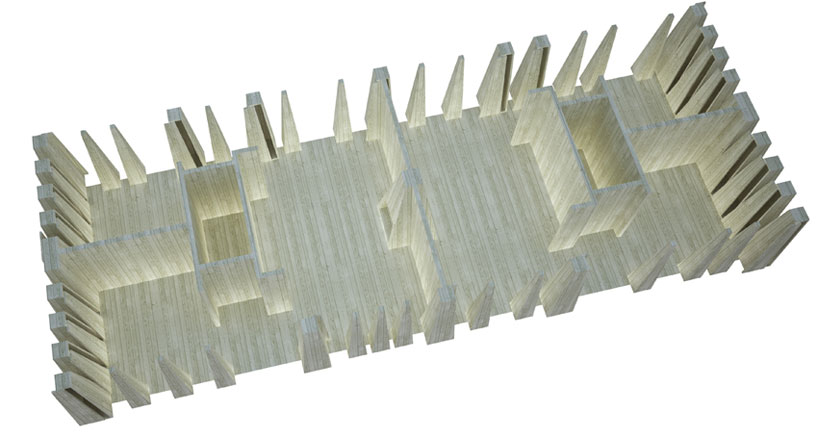 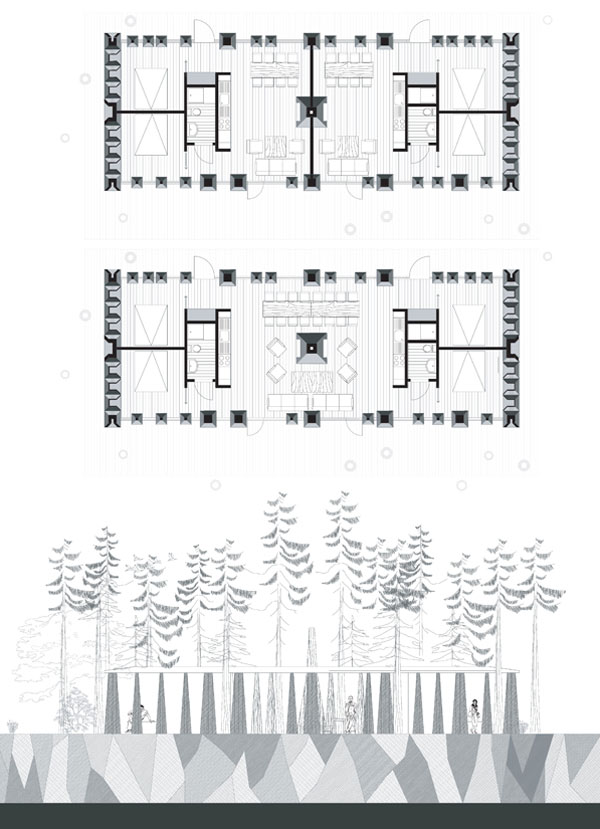 the ‘boulder house’ follows a layout similar to the forest house, featuring two mirrored units and a fold away, middle wall. two piles of boulders on the forest plateau conceal two stairs that lead into each living room. the roof is covered with grass, as a means of blending in with nature. in the plan of the boulder house, when the middle wall is folded away, the room opens into a dining space that is flanked by fireplaces on either side of the dining table. the columns in this dwelling are much heavier set than those of the forest, as they are meant to mimic the massive boulders in the surrounding site. here, most of the pillars are hollow, allowing them to function as storage space. some have alcoves carved out of them in which people may sit. the house is almost invisible from the forest, camouflaging itself well within the rocky meadow. 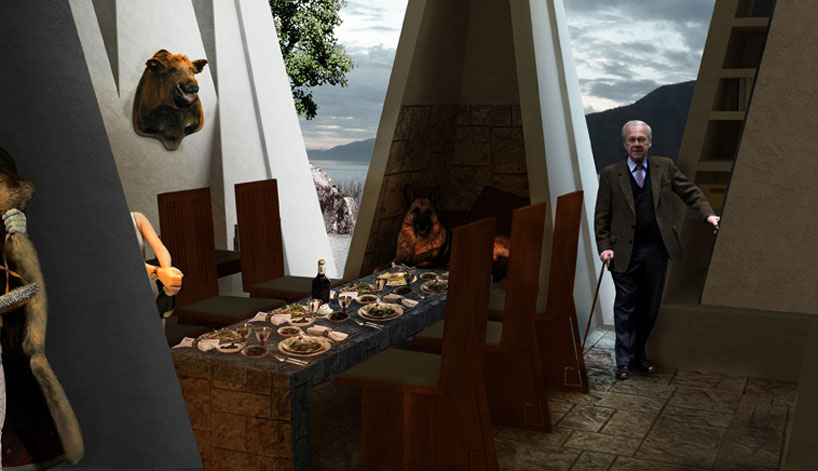 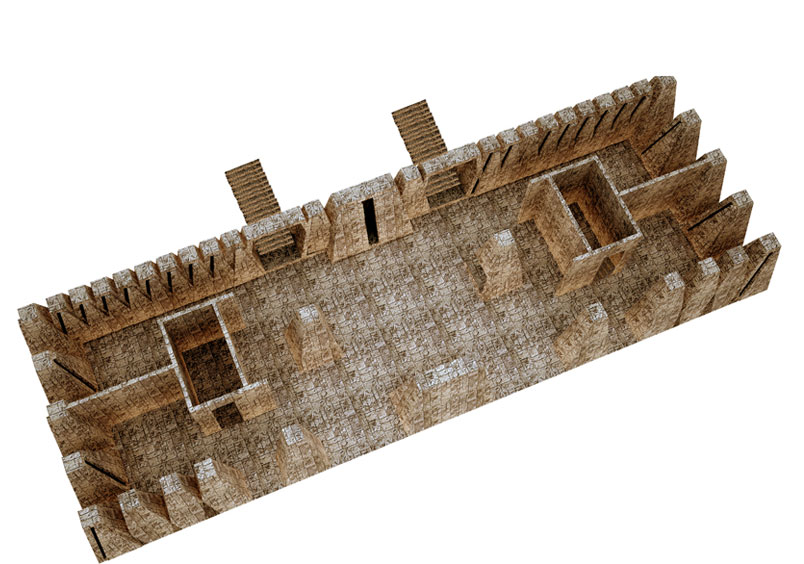 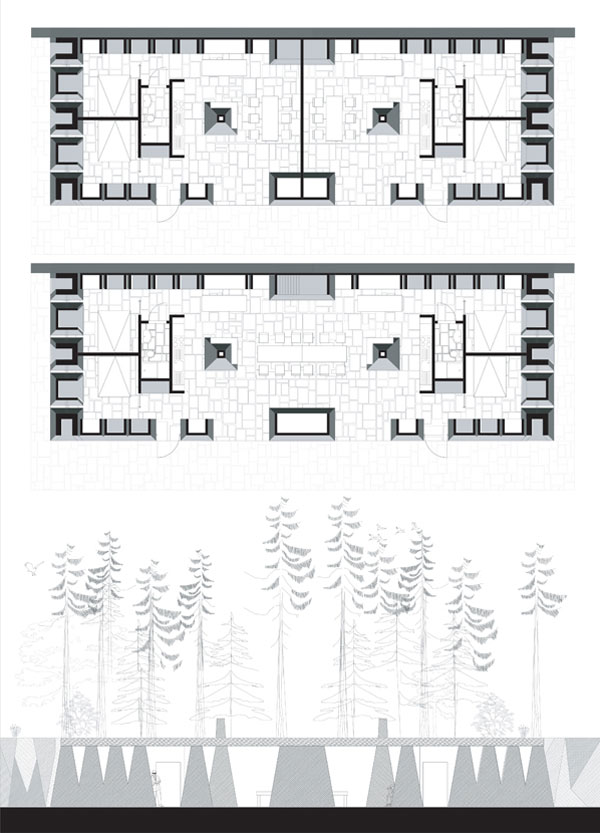 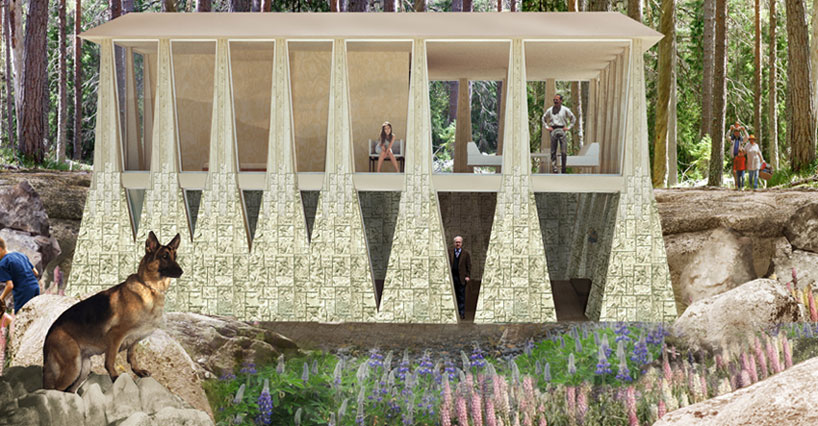 the third and final dwelling, ‘mixed house’ proposal features two floors. following the tailored pillar system of the forest and boulder houses, this ‘mixed house’ has pillars that are slender at the top. structurally they fade from stone at the base to wood at the top. in mixed house’s layout, the columns and different material treatments, cause the two stories to have completely different ambiences. on the first floor, heavier set columns create a cavernous feeling, with a high contrast between dark and light. similar to the boulder house, the columns are hollow and have varying functions such as furniture, storage and wardrobes.  the floor is made from stone which continues out to the exterior terrace, overlooking the bay. the upper floor’s more slender columns, blend in with the surrounding tree trunks and have large windows with panoramic views of the scenic cove. 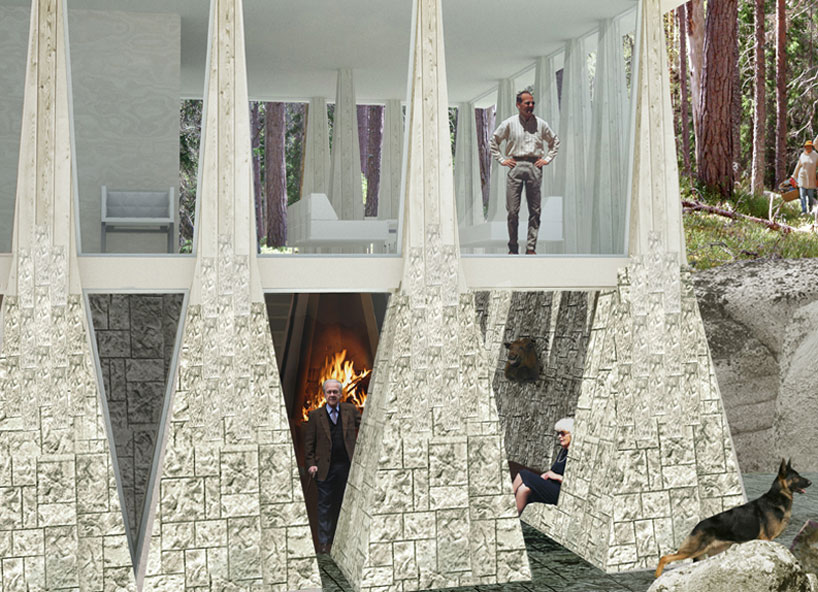 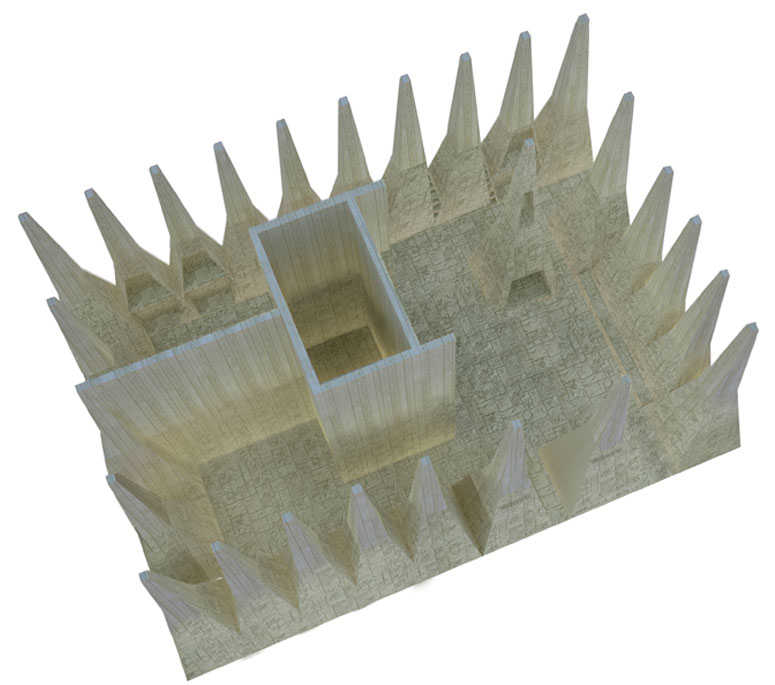 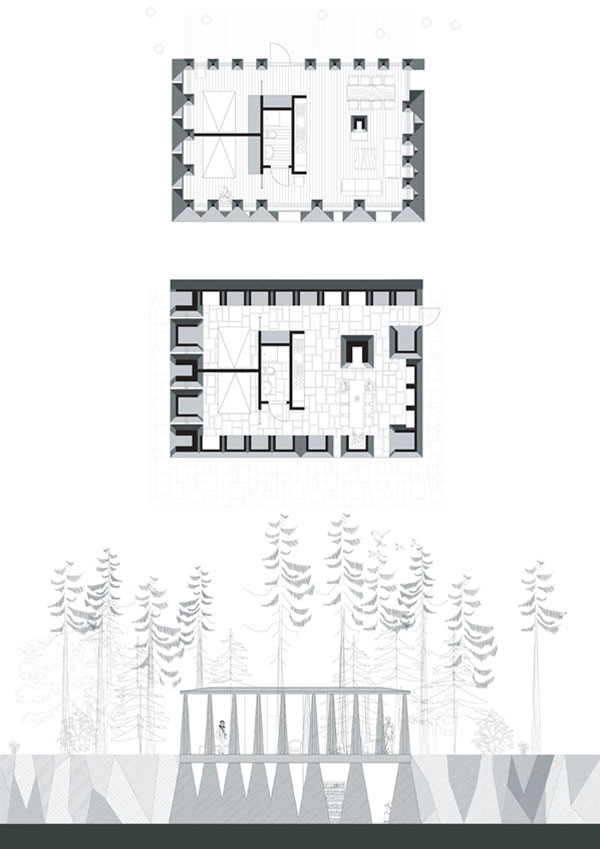 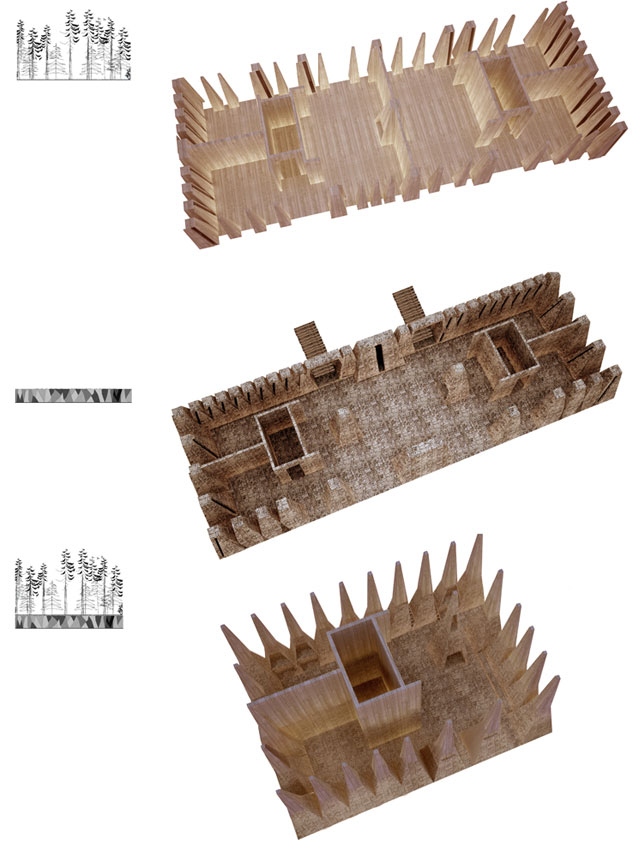 Jul 13, 2021
designboom visits AMDL circle in milan
'I always think of myself as an architect, a designer and an artist; I also write, I take photographs, I teach. in my opinion, all these activities have just one true aim: to create a better environment and to enhance life,' michele de lucchi tells designboom.
architecture
484 shares
connections: +130