visiondivision (anders berensson & ulf mejergren) of sweden were commissioned by a client to help build a small summer house based inside an old shed. located on an island in the northern stockholm archipelago, the shed is situated next to the baltic sea which has been exposed to overflows every tenth year or so. visiondivision’s challenge came with the fact that they were only allowed to build within the existing shed as well as knowing the house was prone to being hit by another overflow. 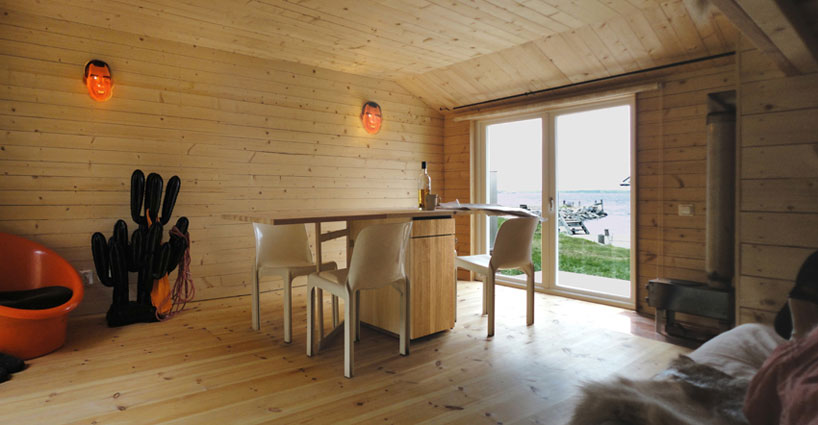 to build a completely waterproof house would be too expensive, so this house is constructed as a lizard’s tail. if one part of the building is exposed to water and moisture, that part of the house can easily be replaced without affecting the rest of the structure. 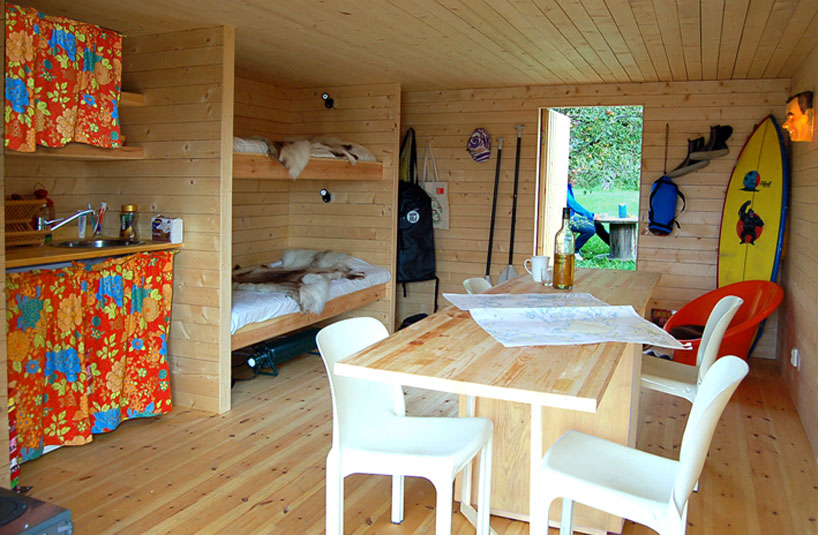 named ‘noah’s house’, the home is constructed from spruce boards and pillars with no use of synthetic materials in its lower regions. the horizontal spruce boards can be taken away when exposed to water to dry, and later can be put back or replaced by new ones.  the electrical components are also situated in higher regions of the house as to not be affected by an overflow. as the client spends most of his time there during the summer, visiondivision also devised a warning system in case water levels have been reaching the construction underneath the floor and need to be ventilated during overflow season which is usually in the spring. this system comes in the form of a totem pole where the face changes its mood depending on how high the water level has reached below the house. as the shed was too slanted, the duo could not rely on the structure, so they built a totally new house inside. to maximize as much space as possible, they built as close to the existing structure as possible, giving the floor plan a long niche along one of the walls where they put a battery of functions consisting of: a small kitchenette, a storage space and an expandable bunk bed which is also made from spruce boards. the only change to the existing façade is the big window, the addition of a wooden terrace with an outhouse and a new entrance door. 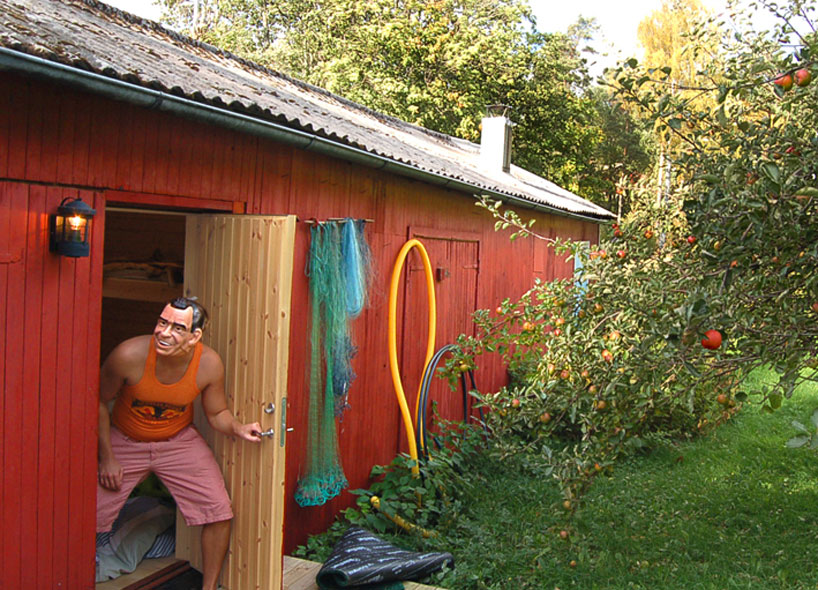 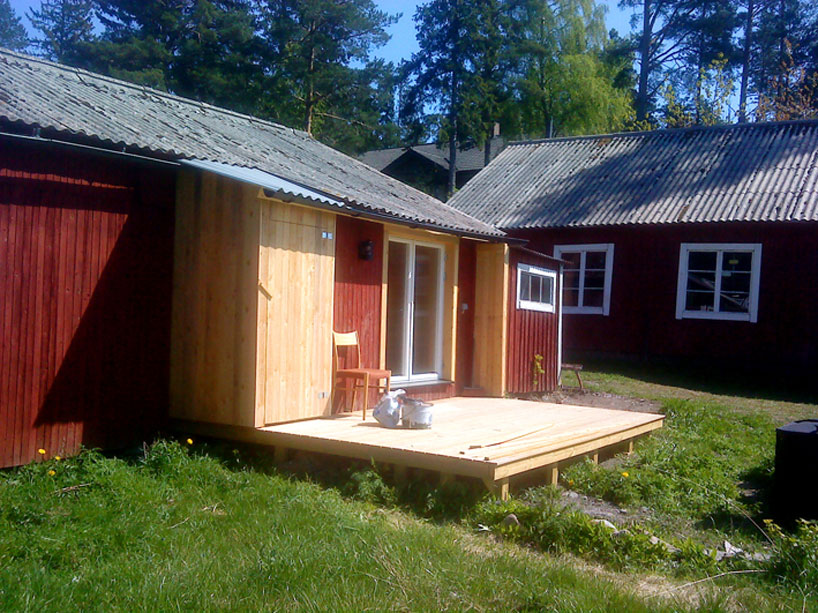 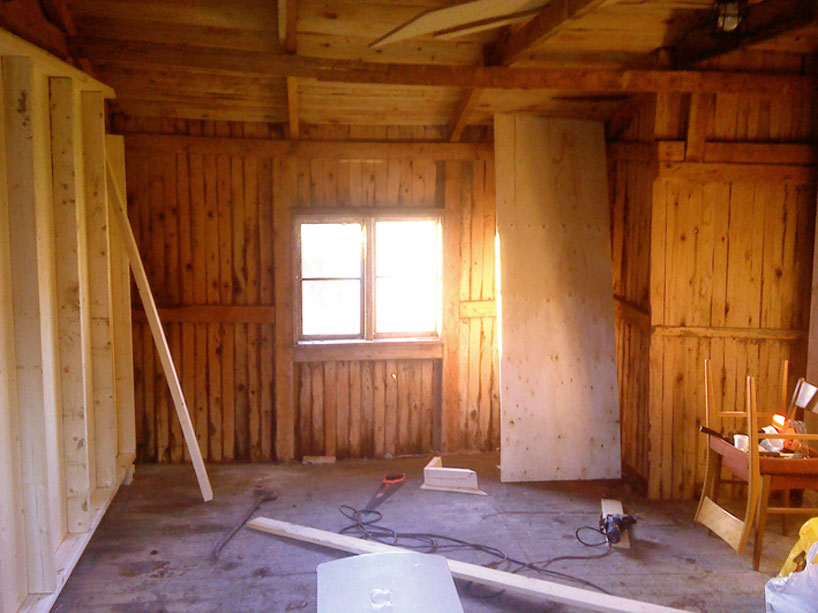 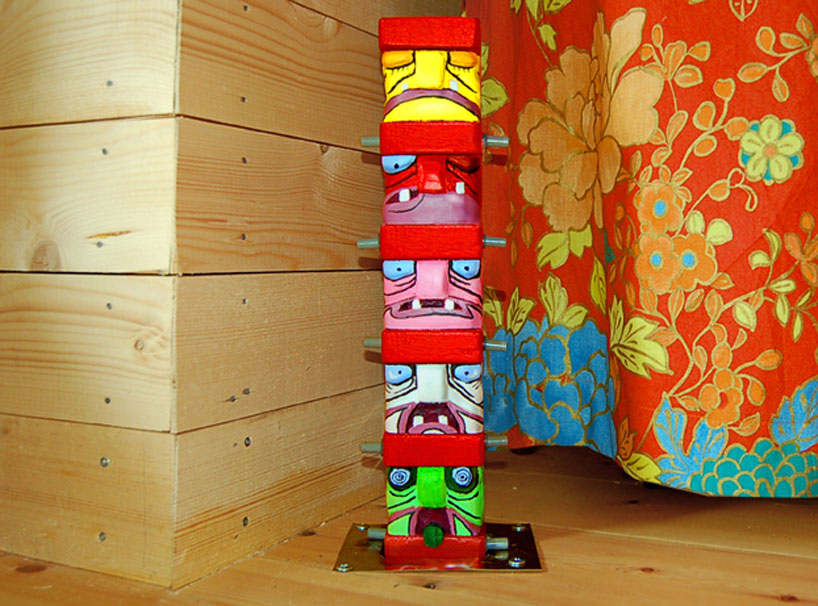 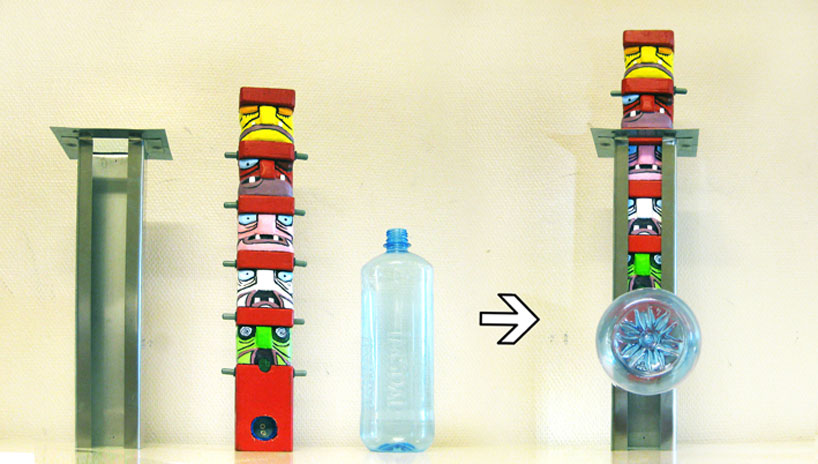 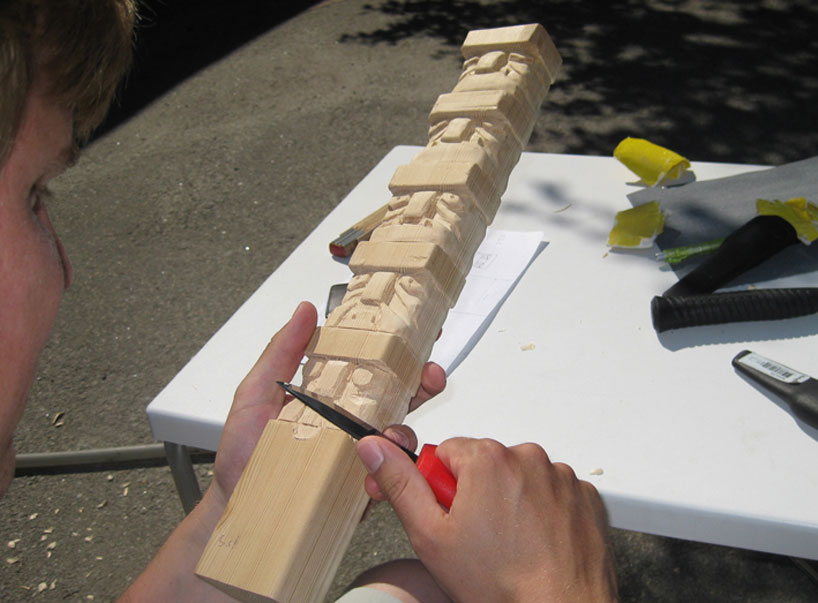 Jul 13, 2021
designboom visits AMDL circle in milan
'I always think of myself as an architect, a designer and an artist; I also write, I take photographs, I teach. in my opinion, all these activities have just one true aim: to create a better environment and to enhance life,' michele de lucchi tells designboom.
architecture
497 shares
connections: +130