it was a transformative experience when johan and grete van as bought the property that would eventually become their studio. the land, and the structure upon it, once belonged to an old man that after years of upkeep, could no longer handle the structure. time pressed onwards, setting in motion a steady drip of decay that claimed rooms one by one. as each space fell, the steward simply moved on, sealing its fate with one final shut of the door. eventually, there were none more left to shut. 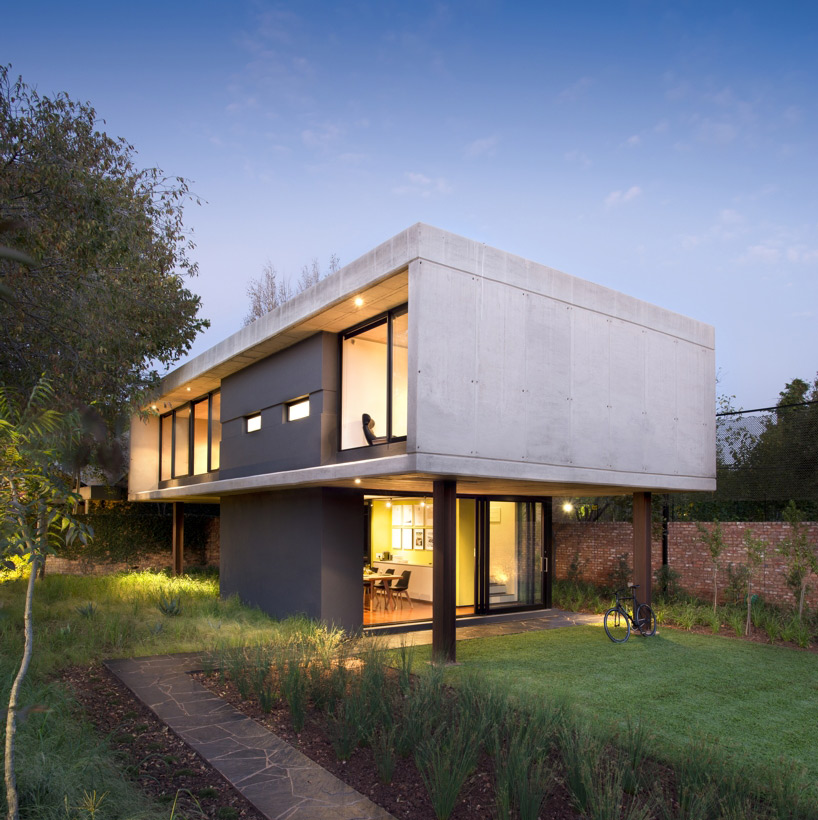 upon their arrival, the van as’ acquired home was little more then a heap of rubble. demolition was the only reasonable solution, but doing so caused the couple to reflect upon the inevitability that nothing, not even a place as cherished as a home, lasts forever. with the help of johan wentzel, of W design architecture studio, the clients began exploring the concept of longevity. their experimentations resulted in a simple solution, take away personality and its attachments, and reduce until no longer possible. the essential, they agreed, would last. 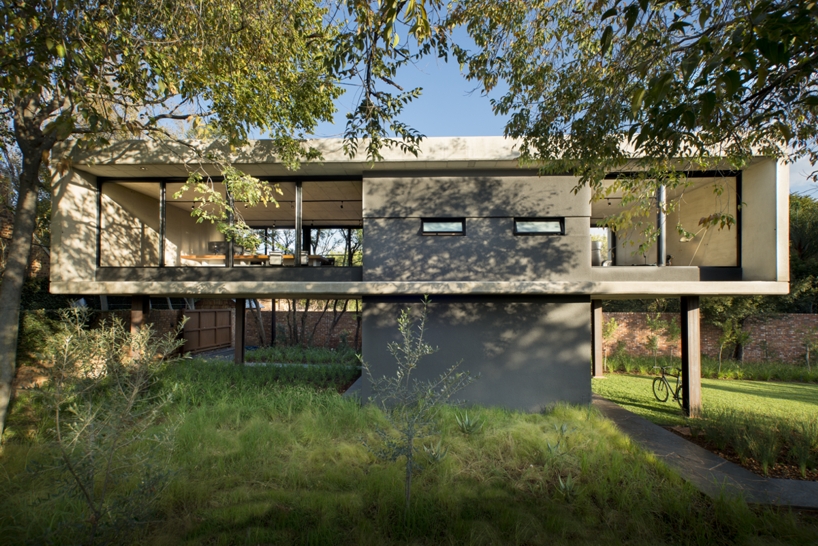 the core of the building, accommodates services such as electricity, water, and rainwater pipes
image © dook for visi

the home is defined by a single, elevated concrete box that lies north-south on the plot. using the unit as a starting point, different planning scenarios were created that allows for the structure to adapt over time. for instance, the second floor kitchen possesses hookups necessary for a second bedroom with bath in situ. while one would inevitably need to be destroyed for the other to surface, it would be far less expensive and time consuming then a full remodel. 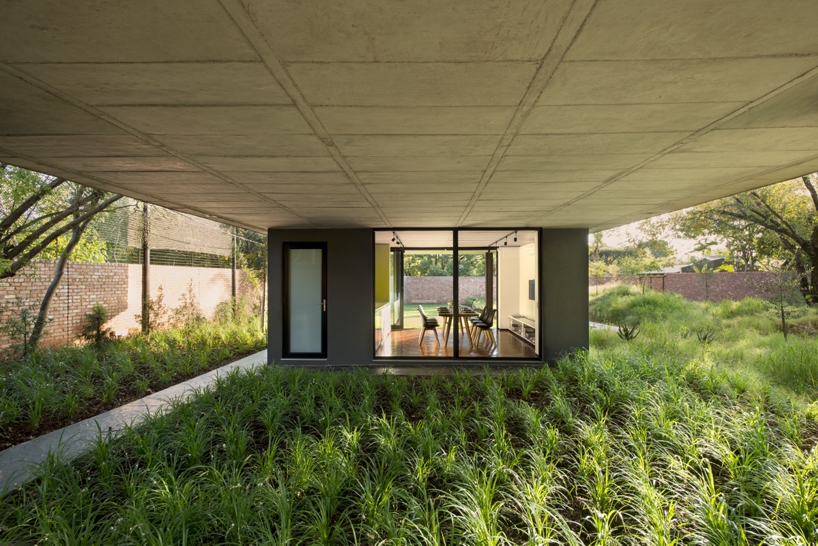 concrete was chosen for its materiality instead of its aesthetics. not only is it durable, but maintenance is essentially non existent, meaning it will likely look impeccable for generations to come. deep overhangs protect the home from strong sunlight, and measures were taken to create maximum natural air circulation throughout. 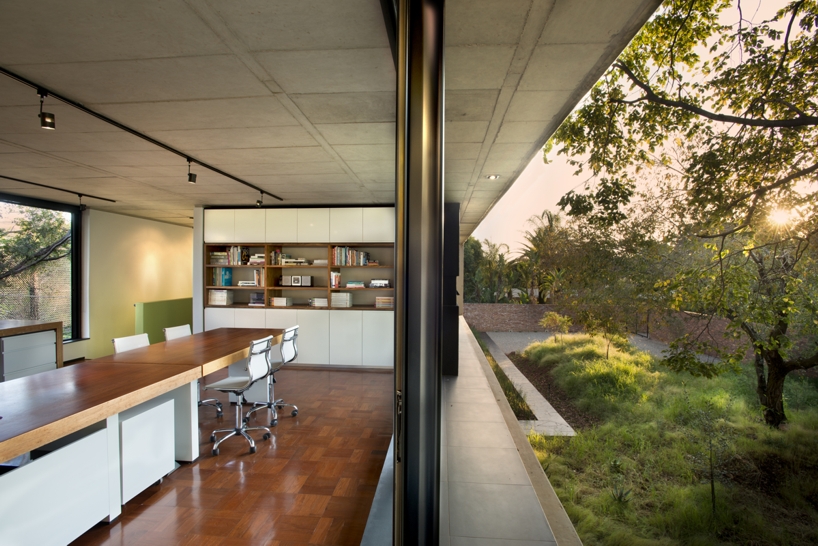 the upstairs features a bedroom and studio space, separated by a central core with kitchen and bathroom
image © dook for visi 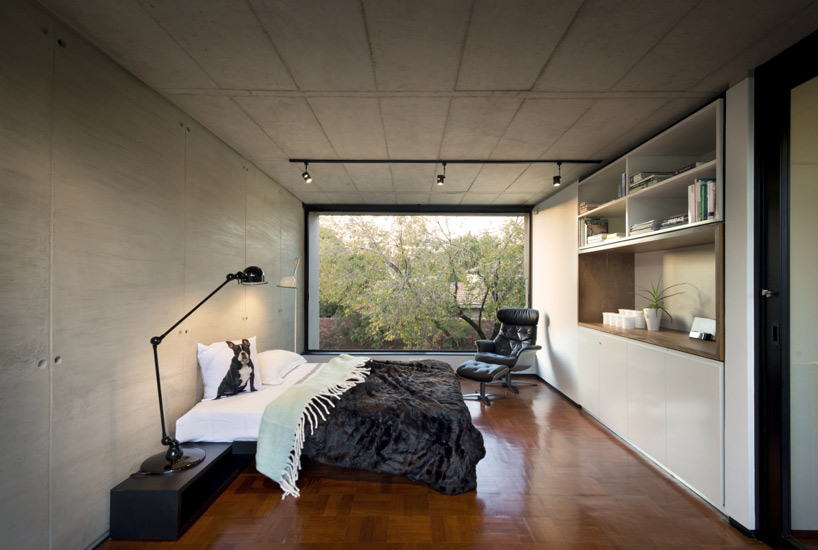 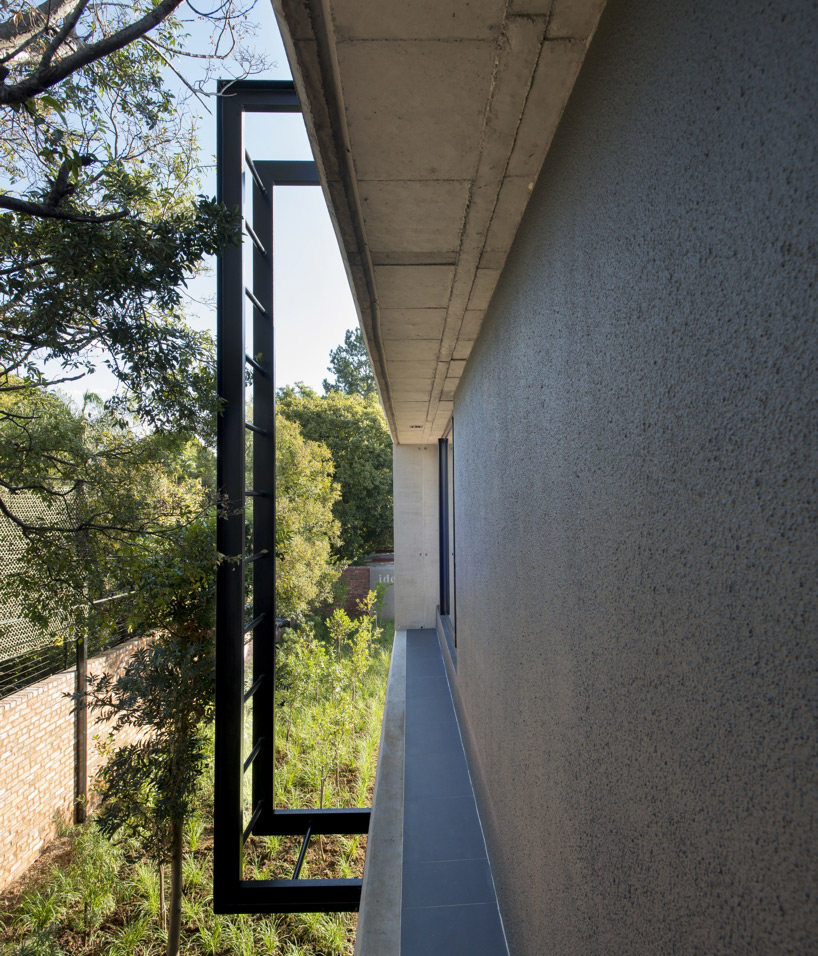 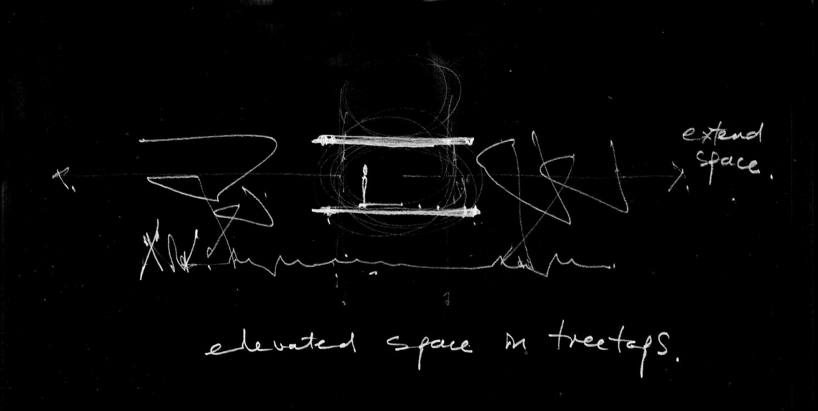 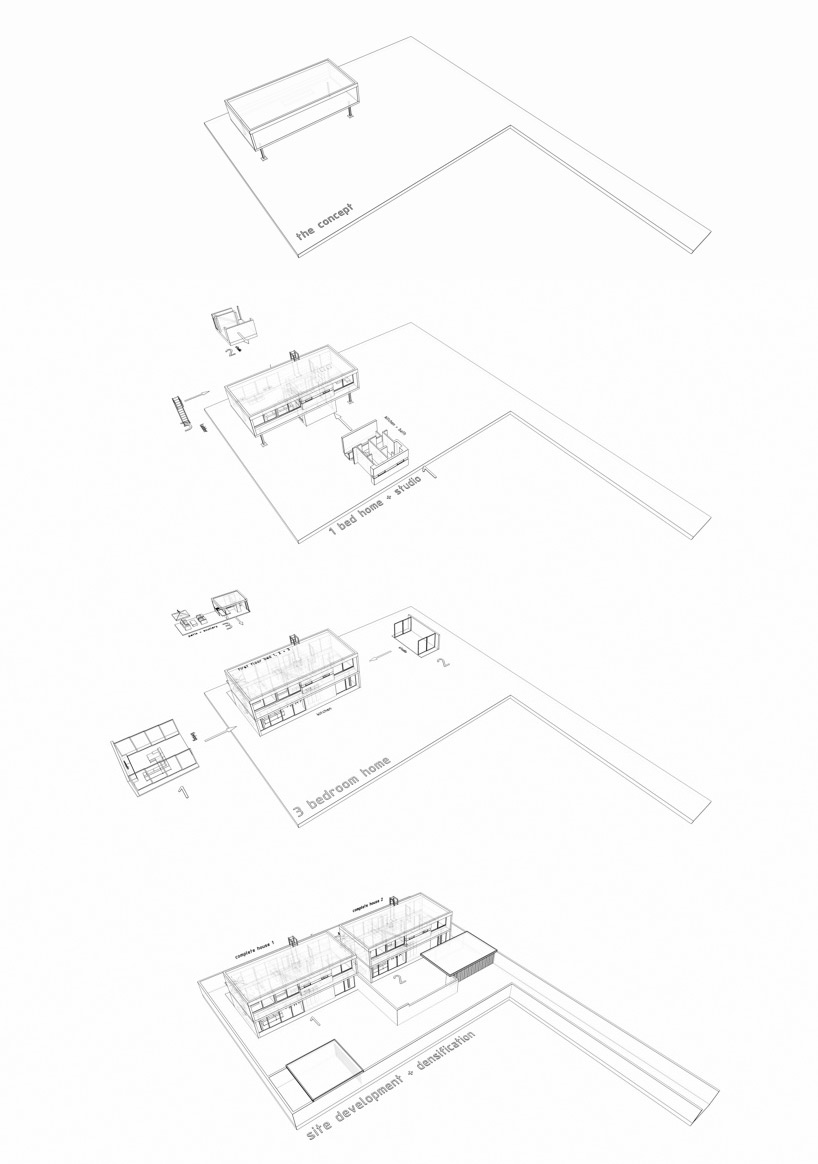 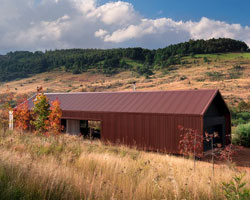 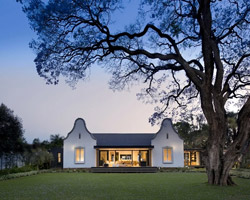 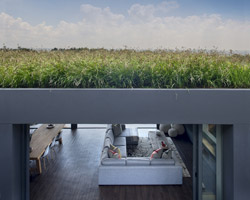