‘metrodam’ is a recent proposal by international firm WAI architecture for a competition in the north of amsterdam.

without the need of a grid, the program is distributed on layers and levels creating a flexible surface of programs that fit with their surroundings, generating a platform where architecture, landscape and urbanism become indivisible one from the other and where social, economic and cultural interaction is considered a sine qua non condition. 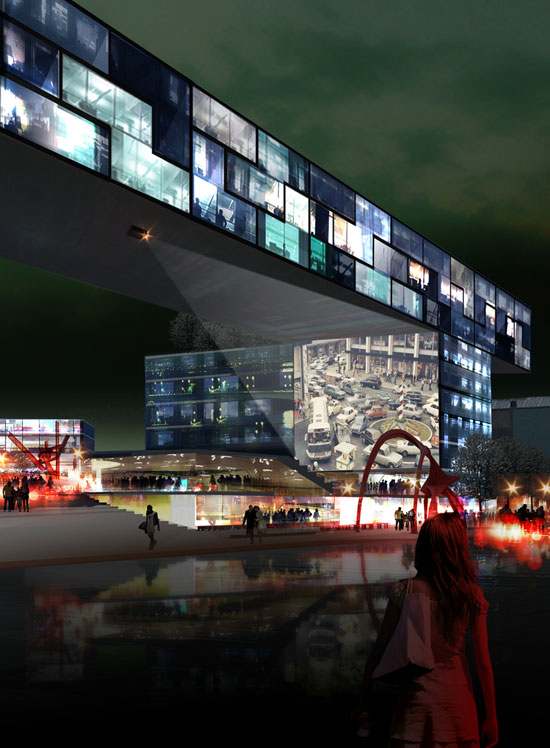 the metrodam acts as a trait-d’union that not only connects the waterfront of the north of amsterdam physically, but that creates a visual link reachable from the center of amsterdam. as part of the masterplan the plaza facing the IJ incorporates a green corridor that extends from the overhoeks masterplan. through this corridor, cycle and walking paths will connect pedestrians and bicycle users through all the IJ sideline. the strategic location of the site also aims to incorporate a link with ferries and tourist boats for easy access.

just like the open cinema in bryant park in new york, an auditorium is offered by lifting the roof of the new retail area.  the sloping floor creates a wooden seating zone where people can gather to watch on a screen on the interior side of the tower either movie projections, performing art shows, fashion displays or any kind of public viewing activity. this area is intended to work as an extension of the activities celebrated in the new film museum on the overhoeks masterplan, and is also connected to the public art, the retail and restaurant area, and the wooden beach/ ice skate park. 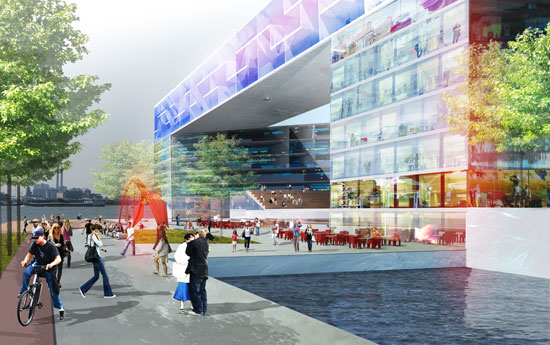 spaces through the plazas are intended for the insertion and/or construction of art for public display. the task of these areas is to incorporate art on an urban scale and incorporate them into public activities such as shopping, working and living. these spaces are also aimed to create a platform that not only gives a protagonist role to artists but that recognizes the potential of art as a meaningful contribution to the built-up environment. 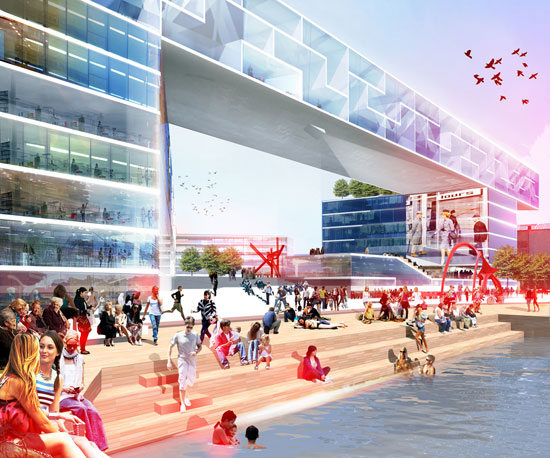 while in coney island the people are attracted to the natural beach by its artificial program, in the metrodam project it is the artificial beach that seduces the people. the metrodam faces the IJ with a new feature: a wooden beach. a platform of wooden decks opens downwards creating pools where people can enjoy a variety of water activities or just sit back and relax having an unobstructed view towards the city of amsterdam. 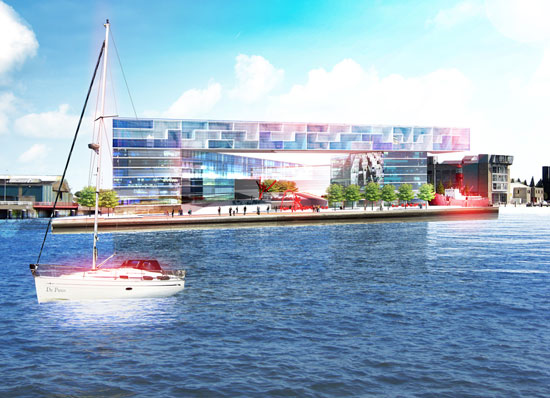 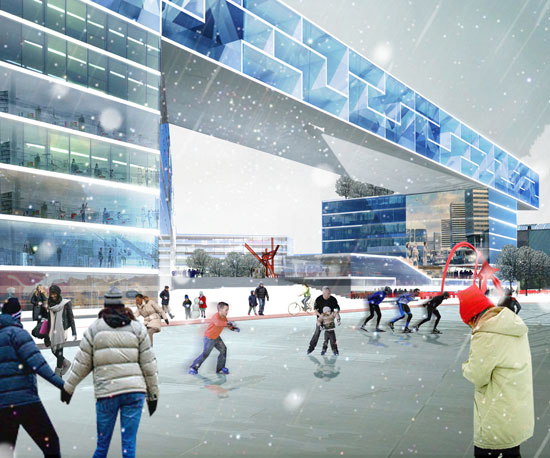 using the rockefeller center as a reference, during the months of winter, the wooden beach can be covered and converted into an ice skate park. this program will enhance the active use of the deck facing the IJ on the cold months, while creating an epicenter of activity that can draw people from the surrounding areas and from the other side of the IJ, from the center of amsterdam.

a key factor of the project is the incorporation of mixed uses in terms of a sustainable economy for the area and a balanced injection of activities. the first and second levels will be designated to retail areas, restaurants, and workshops for creative oriented industries. the superior floors of the tower are intended for the occupation of a mixed area of office space with the possibility of residential spaces while allowing the superior ‘bridge area’ to host residential spaces. the mix of uses will not only attract a balanced heterogeneous mix of public but will also create a constant flow of users within the building as its surroundings. 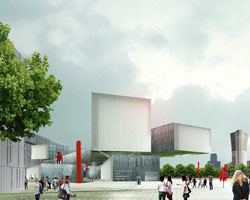 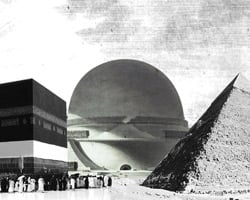 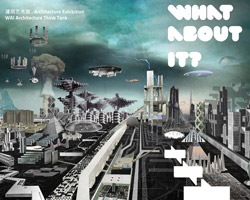 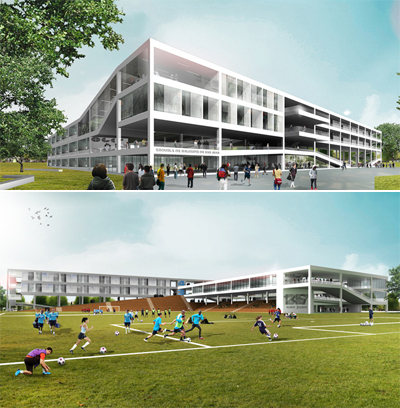