in spain, the ‘wanda metropolitano’ stadium is entering the final stages of its completion, as the venue races to open in time for the start of the football season. the cruz y ortiz-designed project, which will be able to accommodate over 67,000 spectators, will form the new home of spanish team atlético madrid. the club — who played its first three fixtures of the 2017-18 la liga season away from home in order for work at the new stadium to be completed — will host malaga in the arena’s first match on septmeber 16, 2017.

the design of the stadium is being overseen by cruz y ortiz arquitectos, while schlaich bergermann partner (SBP) is responsible for the new roof and canopy that will shelter the entire main grandstand and parts of the forecourt. ‘we have an exterior ring that we will call the compression ring and an interior one, the traction ring,’ explains mike schlaich, of SBP. ‘they are joined by the spokes, which are tightened, which allows the wheel to do its function by compensating the tensions of compression with those that are tightening. the roof works in the same way, but horizontally and including a membrane.’ 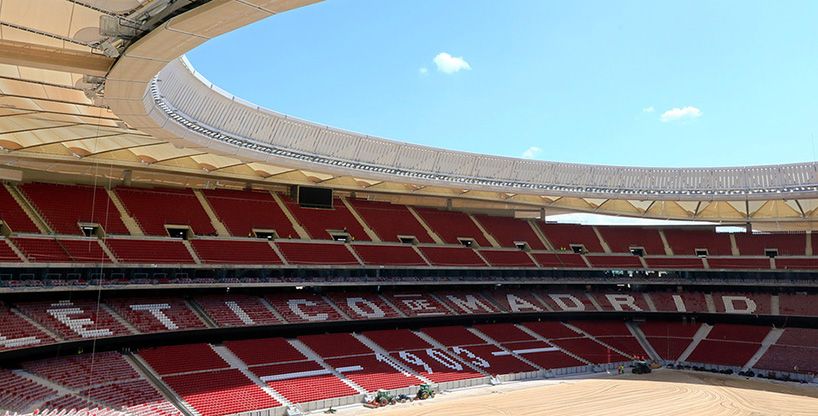 with just under two weeks until atlético madrid’s wanda metropolitano hosts its first ever game, the first strips of turf are now being laid. increased distances between rows mean that spectators are able to view matches in more comfort than before, while access and provision for disabled fans has also been fully taken into consideration. in addition to 4,000 car parking spaces, the stadium will also offer 79 VIP suites, putting it alongside some of europe’s elite sporting venues. 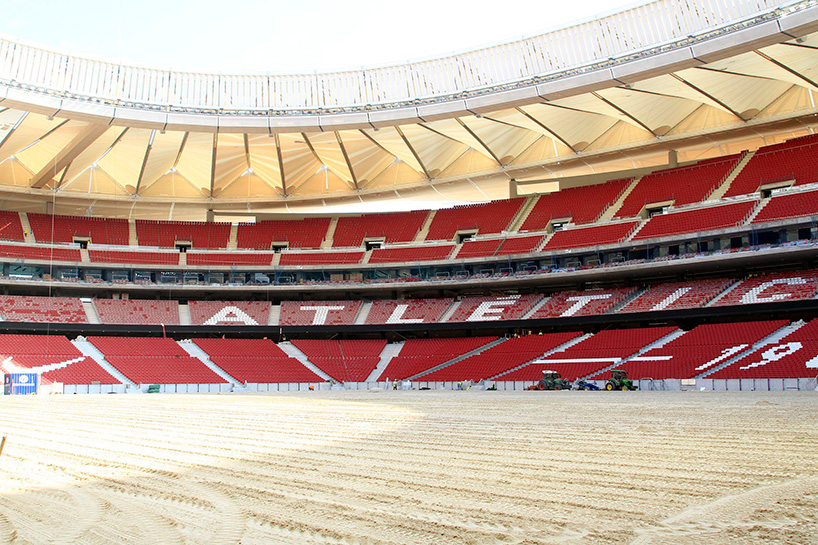 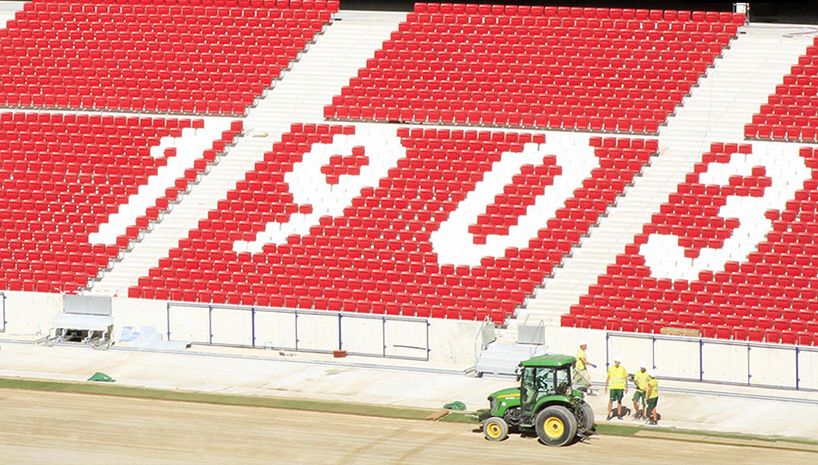 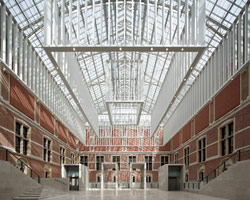