warming huts is an open competition that encourages both established and emerging practices to design temporary structures to be built along the assiniboine river in the canadian city of winnipeg. for 2015’s submissions, documented below, entries either fell into the ‘shelter’ or ‘installation’ category. read on for more information on each of the projects. 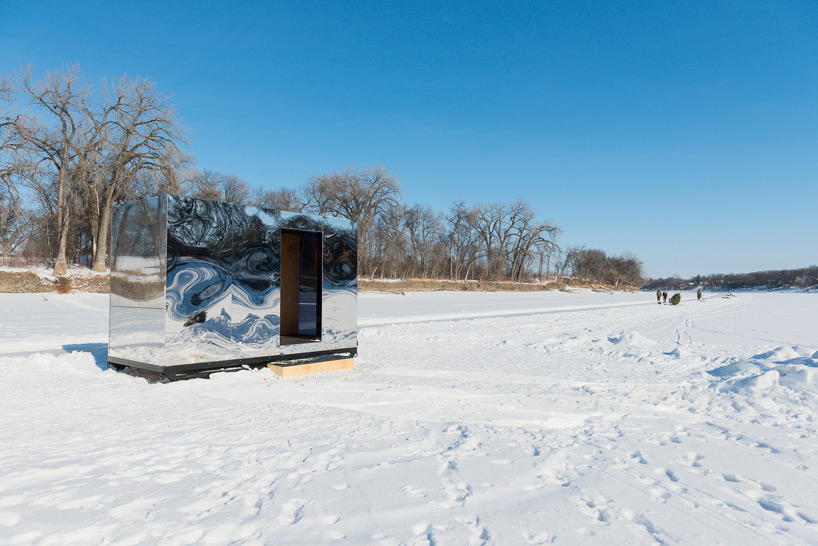 using the concept of one-way mirrors and polished stainless steel panels, ‘mirror cloaking’ has been designed to appear as part of the winter landscape. the project, completed by the university of manitoba, plays with the idea that the enclosed structure allows visitors to find warmth within the vast open space. 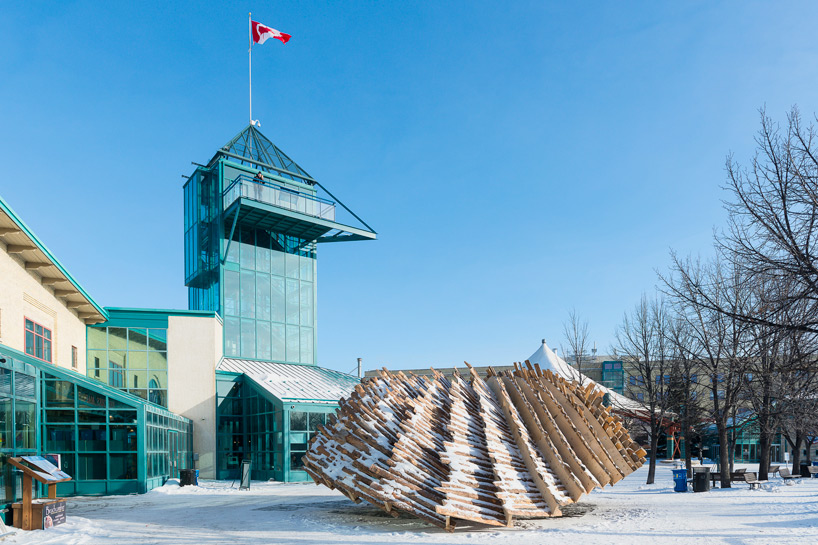 acclaimed mexico-based practice rojkind arquitectos were invited to build an installation in addition to the competition’s other chosen entries. named the ‘hybrid hut’, the complex timber structure invites skaters and other passersby to enter the pavilion’s relative warmth by ducking their heads to enter. 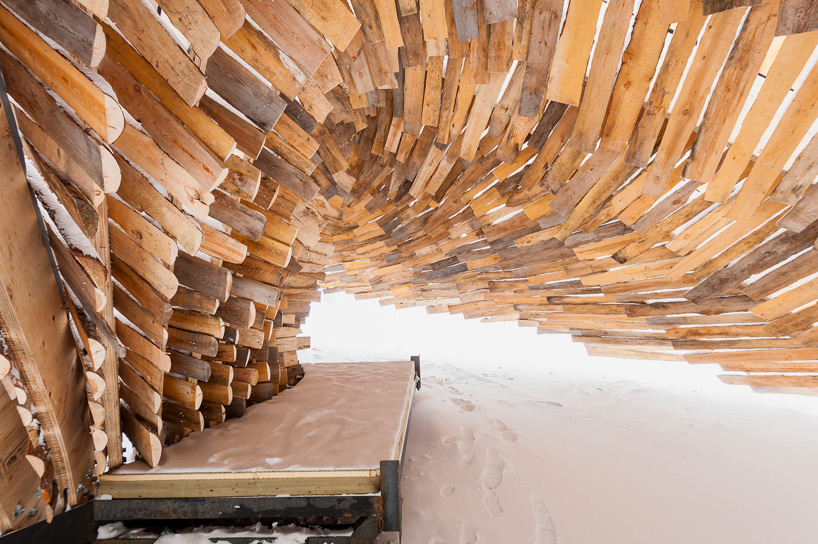 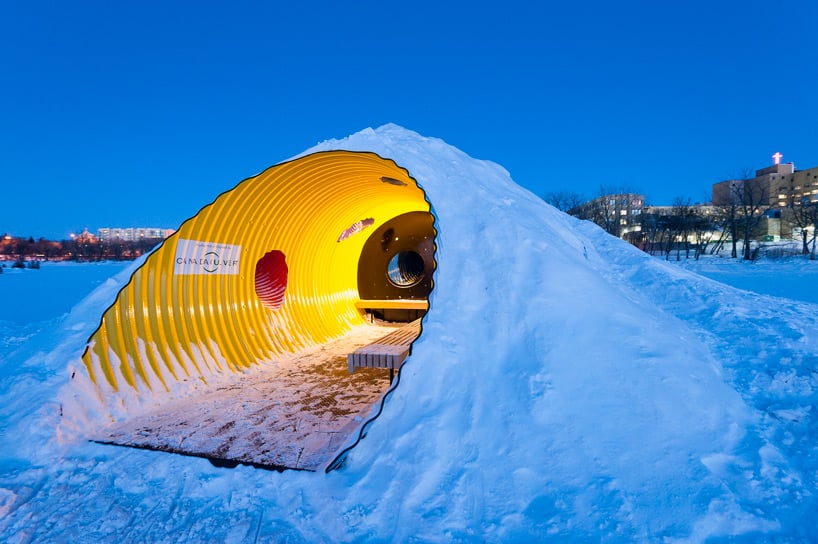 this design, by weiss architecture & urbanism limited, takes the portable hole as a starting point, and by utilizing modern paint technologies, adds color. a large, bright yellow void is horizontally located in a long snow drift that provides skaters with a warm and sheltering burrow. since they have both an inside and an outside, the holes also furnish the shelter with an abundance of light and sky views. 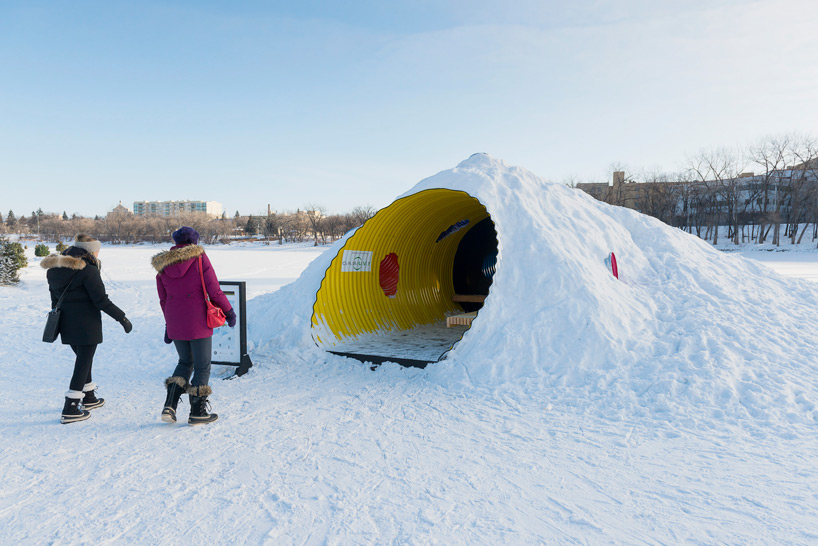 a large, bright yellow void is horizontally located in a long snow drift 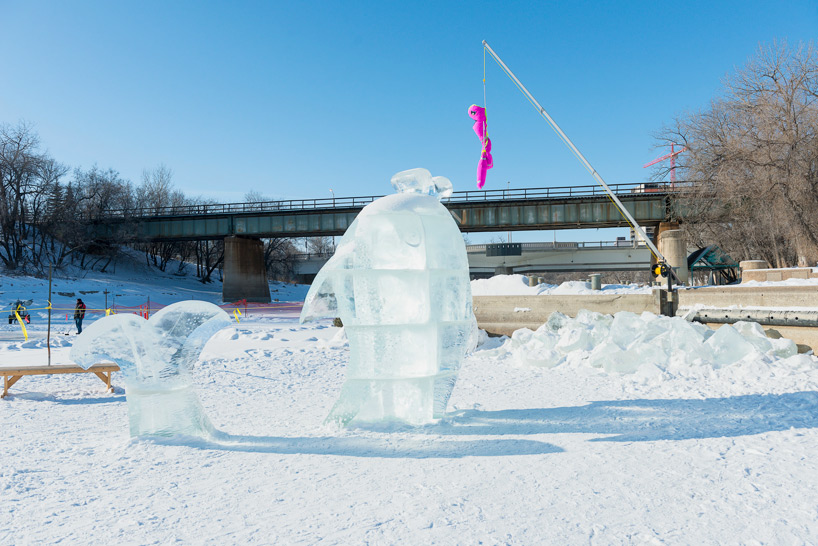 designed by the norway-based duo tina soli & luca roncoroni, ‘this big’ is an ice sculpture that depicts a large fish emerging from the frozen river. 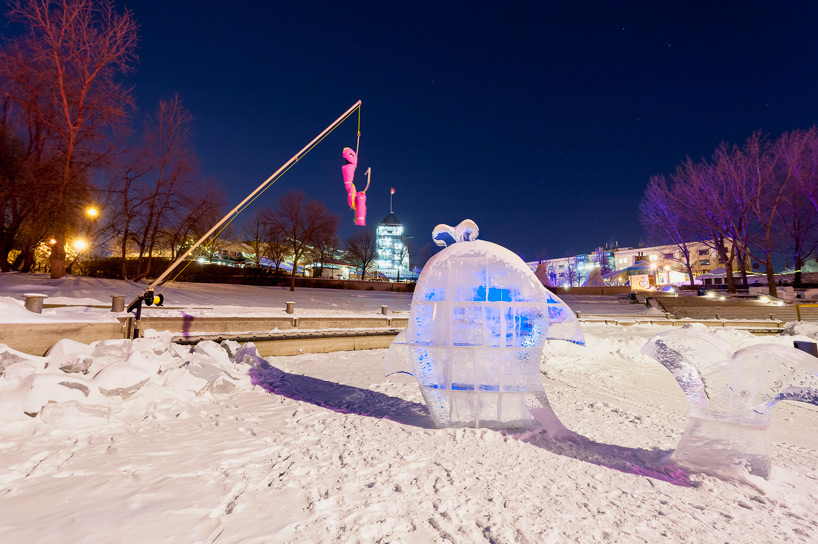 the sculpture depicts a large fish emerging from the icy river 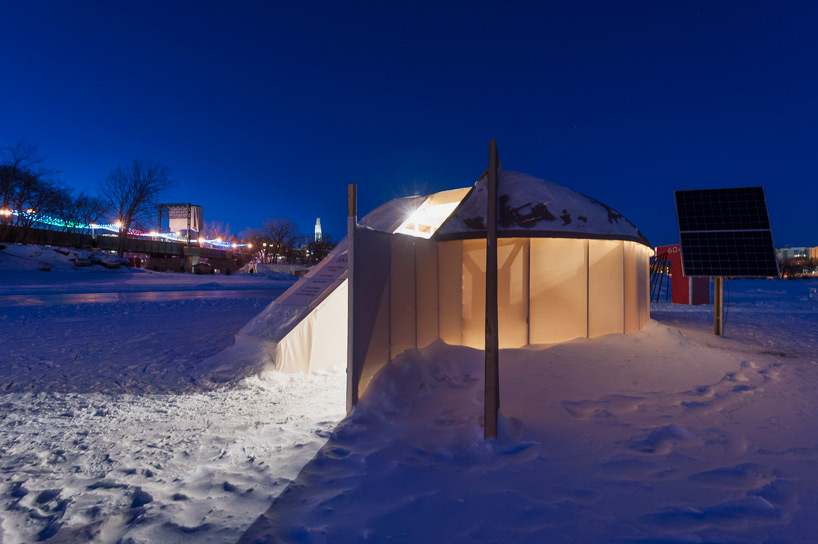 the chris and kine art gallery 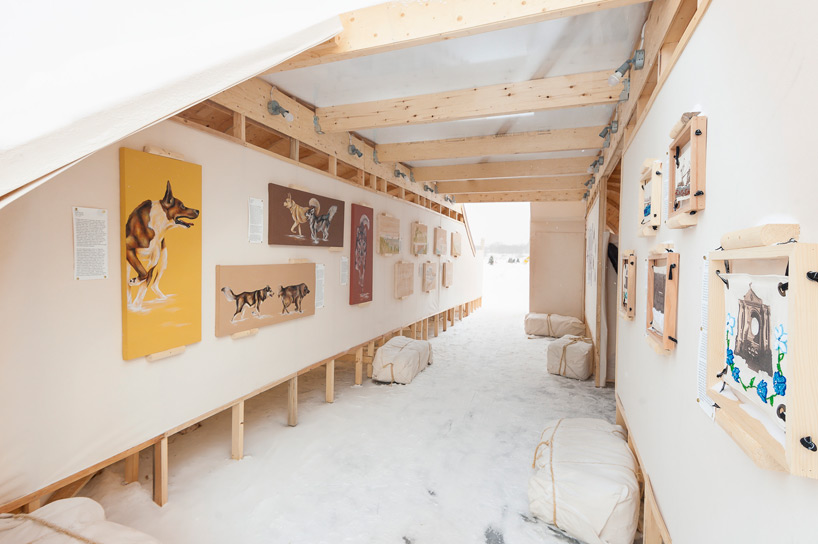 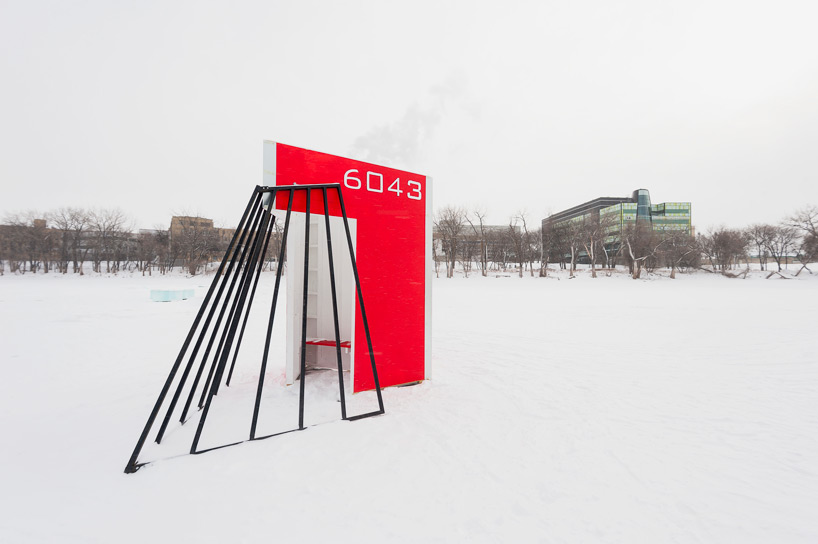 designed by students from the local kelvin high school, the reference point for this hut stems from two things; the recognizable train at assiniboine park, and the tradition of riding the rails during the great depression. when users sit inside the hut they experience a similar viewpoint to those riding the rails, looking out past the grill with tracks laid out in front of them. the structure itself is quite simple with five monolithic faces intersecting to create a well-protected meeting place. 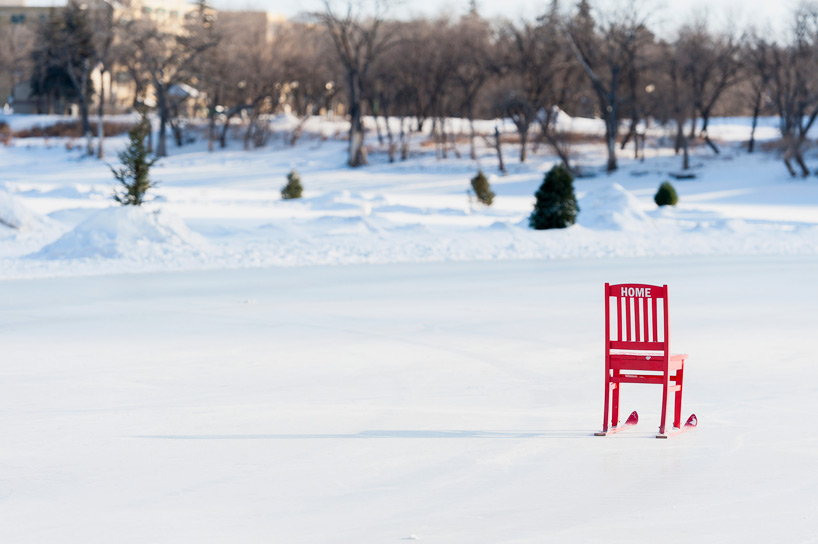 conceived by KANVA the ‘recycling words’ installation is composed of fifty chairs and fifty pairs of skis that are fastened together using metal connectors. each unit is painted neon-pink and stenciled with a unique word on its back. diffused across the length of the red river mutual trail, ‘recycling words’ creates a recognizable marker for the various access points of the assiniboine and red rivers. 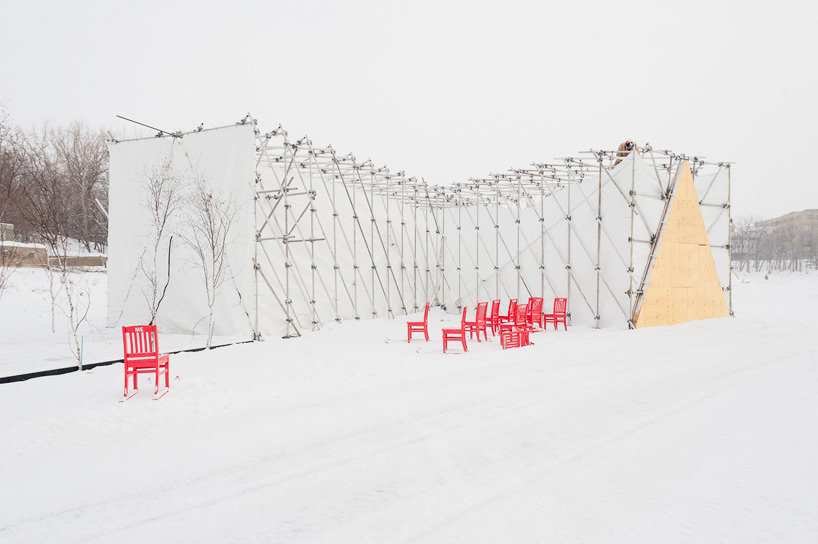