jakarta, the capital city of indonesia, was originally designed as a water city where thirteen rivers that crossed the city utilized completely as source of livelihood by the citizens. ciliwung river as the largest river that cuts right along the center of the city is the main river that supports the citizens’ life. unfortunately, today the river had become disaster for the citizens, because surge of water flooded the city, and the number of slums along the riverbanks adds a new problem, namely the pollution of watershed’s surrounding.

ciliwung recovery program (CRP), a project aims to purify the ciliwung river’s environment to its original form. through the new system in the building, CRP is expected to be able to repair and become the sustainability generator for jakarta.

there are three main lines in the process of purifying the ciliwung river, first line is the flow of the polluted river water into the building through pipes by utilizing capillary vessel systems, into the filtrating section. at this stage, the river water is separated from garbage, the organic garbage then used as raw materials to fertilize the soil around the river basin, while garbage-free water proceeded to the next stage or channeled back into the river.

the second line is the phase of river water purification through elimination of dangerous contaminants, and addition of various good minerals to the water, so it is safe for daily needs of CRP building occupants, which is people who previously lived in the slums along ciliwung river. removal of riverbank dwellers into the CRP building aims to open and expand ciliwung watersheds that will be prepared to be the new open spaces for more ‘green’ jakarta and to secure the flood plane.

the third line is the re-processing of household waste products into water which is safe to be returned to the ciliwung river. some of processed water are being distributed to lands around ciliwung river in two ways. first, through capillary pipes under the ground that not only bring water, but also fertilizer produced in the first line. capillary tubings are connected to generator towers around the damaged lands, and create a new environment that’s usable for agriculture. second, by spraying processed water through the skin of the building. spraying water from height raises the humidity in the lower part of the building that triggers the growth of pioneer plants that will contribute to the creation of a new ecosystem. CRP’s ecosystems will create a good microclimate for jakarta, as well as a response to the lost of many open green spaces around the world that leads to global warming.

CRP buildings generate energy for itself, including the use of passive technology systems in the building. the skin of the building is designed with many layers, where the outer layer of the skin receives large amount of wind that used as a wind power generator. for solar power generator, there is a gigantic solar reactor at the top. the elevator of CRP building uses archimedes principle of vessels. it will move up and down by accommodating its specific gravity. the excess energy generated from CRP system will be distributed to buildings around the ciliwung river. 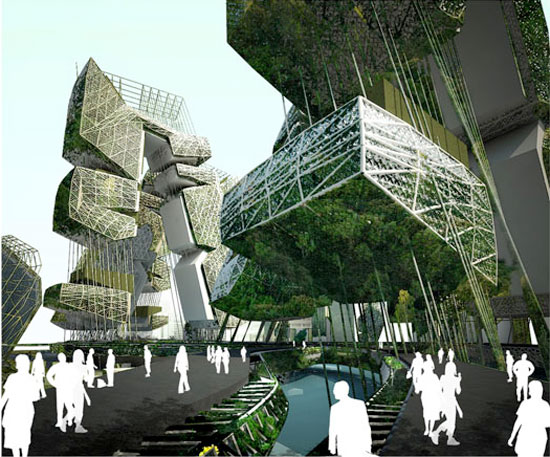 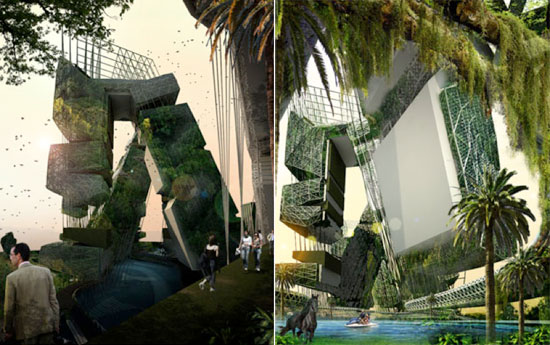 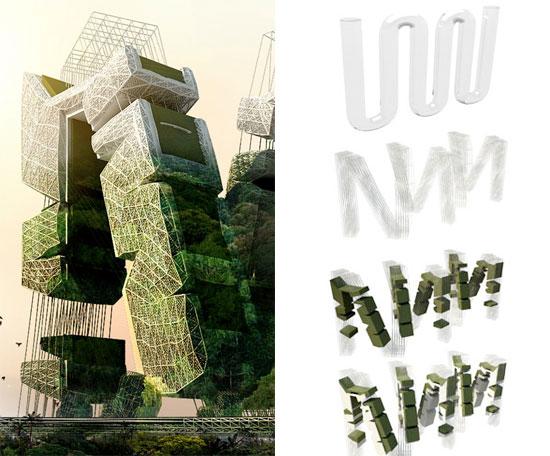 structure of the building 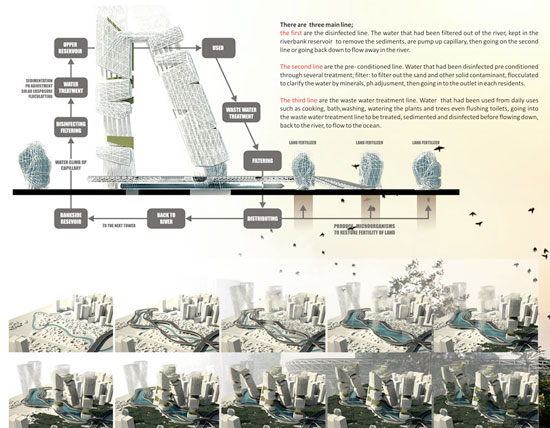 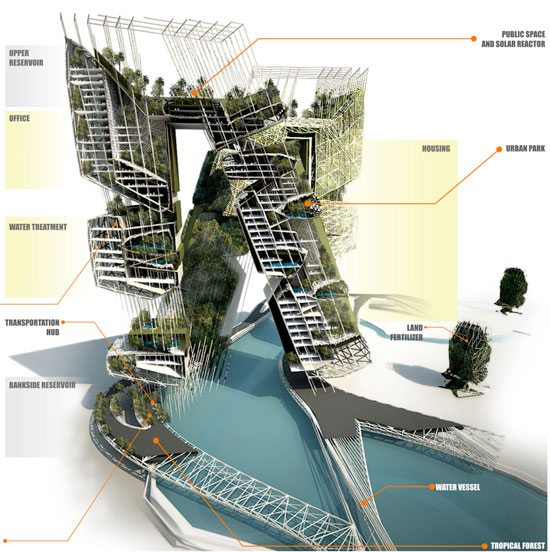 sections of the water purification skyscraper 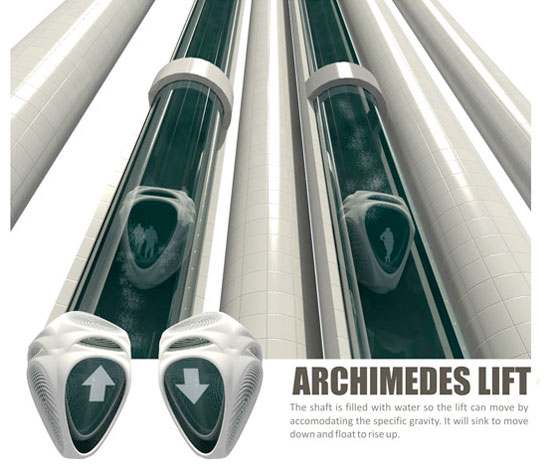