‘waterline square’, a proposed masterplan that encompasses nearly five acres along new york’s hudson river, has announced that rafael viñoly, richard meier, and KPF will each be responsible for designing a luxury residential building on the upper west side of manhattan. situated where midtown meets the upper west side, the trio of towers are being constructed simultaneously, offering future residents a completed neighborhood. 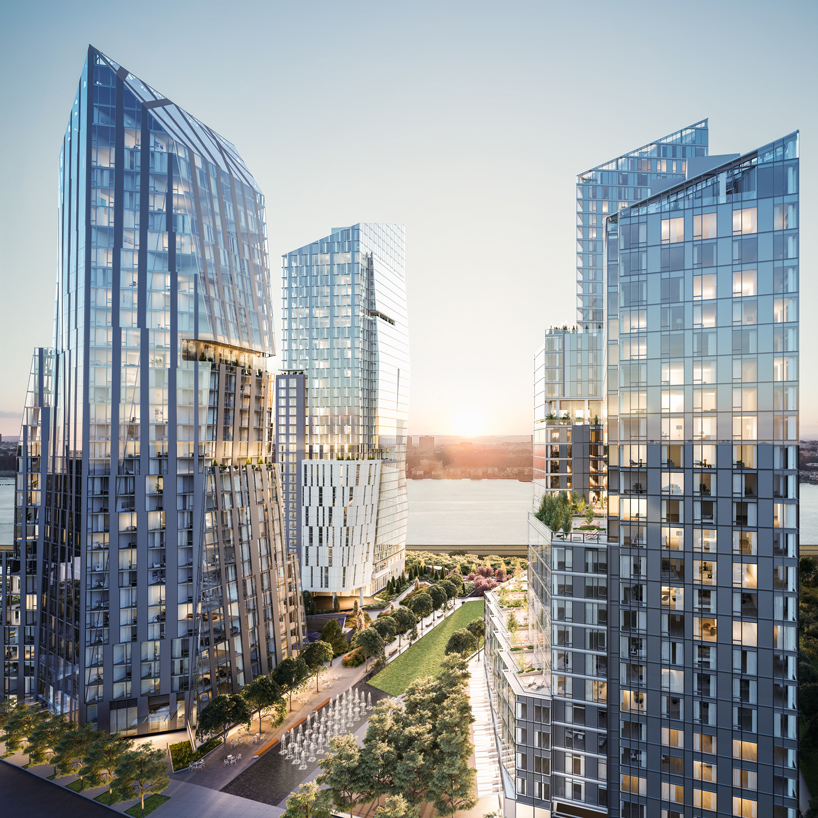 all images by noe & associates with the boundary

‘waterline square brings together three of the world’s most prominent and respected architects to create a world-class destination for residential living,’ said james linsley, president of GID development group. ‘together, we are transforming one of the last remaining waterfront development sites on the upper west side of manhattan, into a new, vibrant neighborhood.  this design and development team has created the most innovative, comprehensive, and cohesive residential experience in new york city.’ 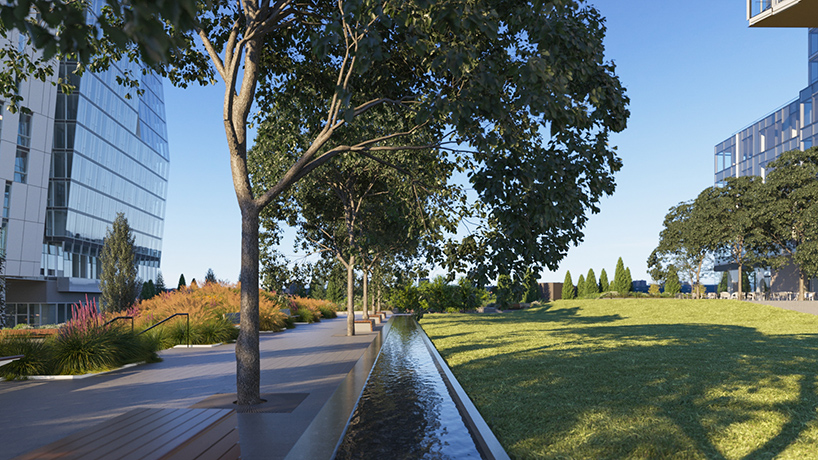 amenities will include more than 100,000 square feet of sports, leisure, and lifestyle amenities, as well as a landscaped park and open spaces spanning nearly three acres. once completed, the park will include tree groves, a lawn, walking paths, a playground, fountains, and waterfalls. construction on waterline square began in 2015, while condominium sales for the development will get underway early next year. 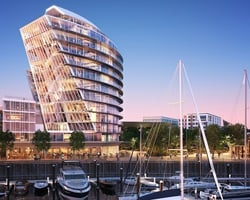