architecture firm WATG has won first prize in a competition to conceive the world’s first freeform 3D printed house. the challenge invited architects, designers, engineers, and artists from around the world to participate in an investigation of how 3D printing technologies can improve the built environment. commissioned by branch technology, the brief called for a 600-800 square-foot single-family home that reconsiders traditional architectural aesthetics, ergonomics, construction, and building systems. 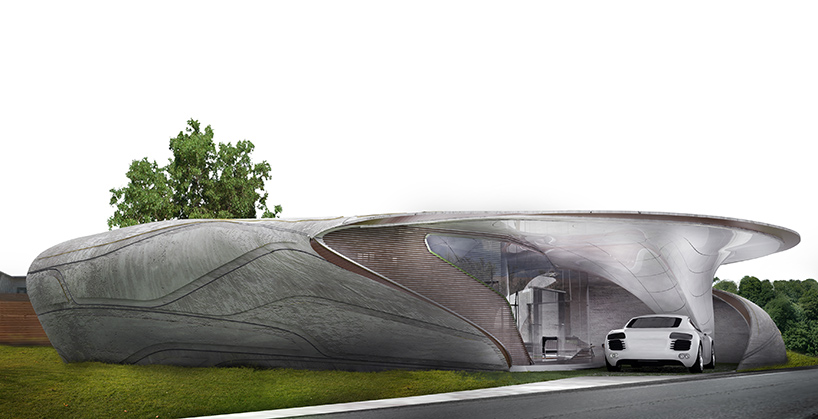 the proposal consists of two main components: an interior core and exterior skin

the competition required participants to propose conceptual solutions for all aspects of the dwelling. for example, the building envelope should consider material applications, fenestration and structure, while the interiors should include a kitchen, bath, living area and one bedroom. in addition, building systems were to resolve mechanical, electrical, plumbing and lighting requirements, while also allowing for passive solar design strategies. 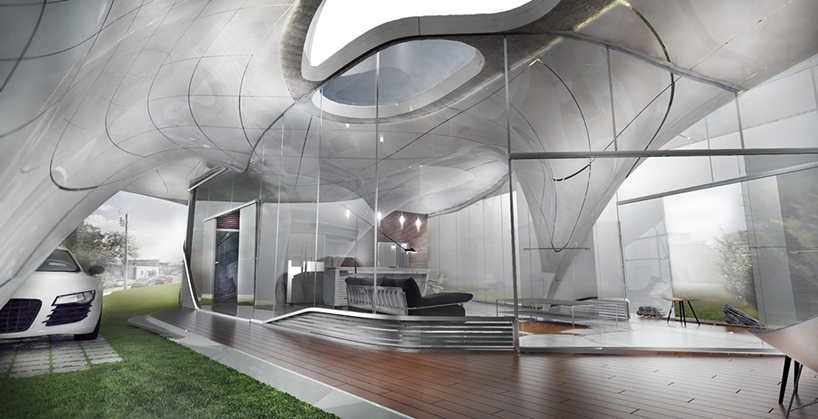 WATG’s chicago-based team, comprising daniel caven, chris hurst, miguel alvarez and brent watanabe, won with a design entitled ‘curve appeal’. the proposal consists of two main components: an interior core and exterior skin. the open and light filled living spaces protect occupants from the elements via passive strategies, while connecting them to the exterior spaces and nature itself. the envelope is derived from simple yet carefully calculated archways that establish an organic presence. 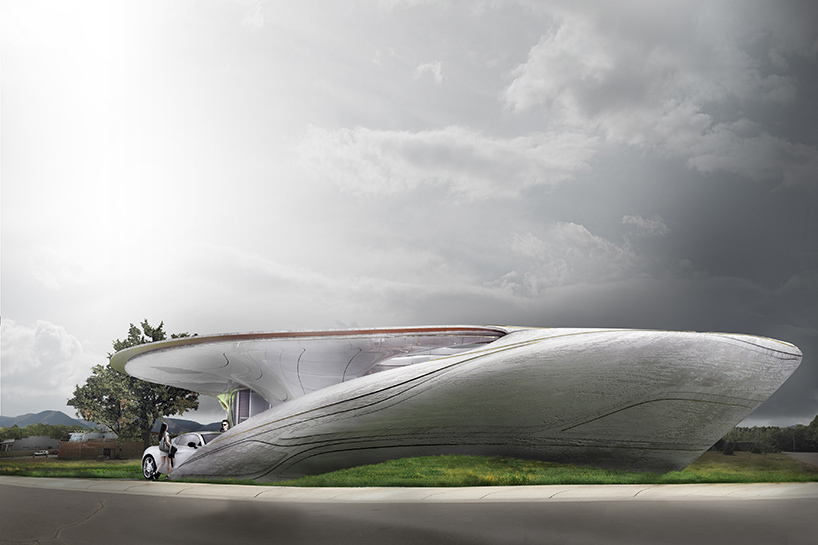 the project is expected to begin 3D printing in 2017

‘curve appeal is a very thoughtful approach to the design of our first house,’ commented branch technology founder, platt boyd. ‘it responds well to the site conditions, magnifies the possibilities of cellular fabrication and pushes the envelope of what is possible while still utilizing more economical methods for conventional building systems integration.’ the house is set to begin planning phases in chattanooga, tennessee at branch technology’s lab and is expected to begin 3D printing in 2017.