copenhagen-based architecture practice we architecture has sent us their vision for a new town hall for tønder, denmark. their proposal seeks to draw a discreet profile into the surrounding landscape that will stand out as a landmark in the city. the building will strengthen the character of tønder and act as the central meeting point for tourists traveling and exploring the danish wetland nature. their proposed architecture blends in with the marsh environment, bridging the gap between nature and the city, opening up towards the incorporates the green areas which encircle it and its programs. the house will create a platform for a wide range of activities, accommodating meeting places and hubs, while at the same time creating a comfortable workplace. realized as a one story pavilion positioned adjacent to the existing town hall’s southern facade, we architecture’s design by its horizontal moving direction, will not compete with the old city, the existing town hall, the museum and the water tower. their concept for the town hall is not just an expansion, but a link between marsh on one side and the existing city hall and slotsbanken on the other side. by organizing the volume around a series of green courtyards, the natural countryside is pulled into the complex through extensive glazing, offering a smooth transition between the nature, workspace and the existing town hall. no matter where you are, in both the old and the new structure nature will be quite literally ‘at your doorstep’. the roof and courtyards of the building will be a tale of the marsh – a small piece of jutland which exhibits the surrounding naturephenomena. it will invite employees, citizens and tourists to explore the building and the rooftop garden before they move out into the wild. 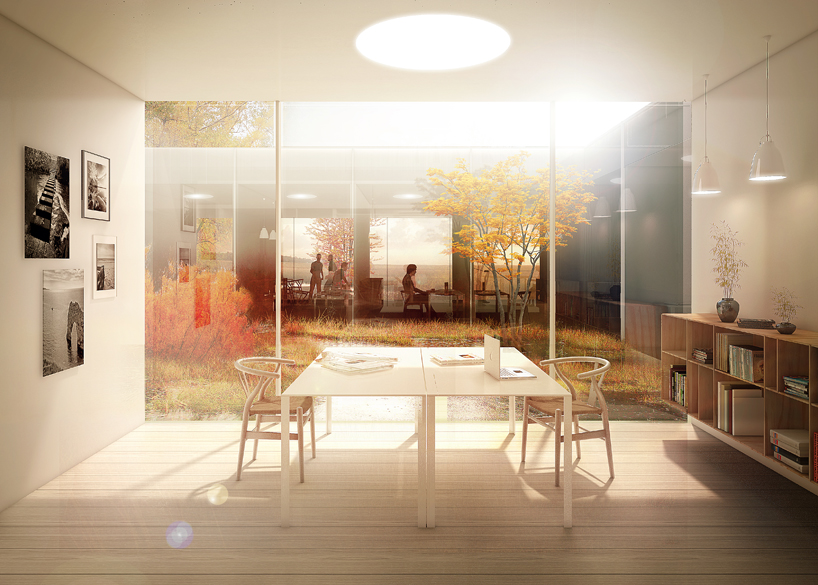 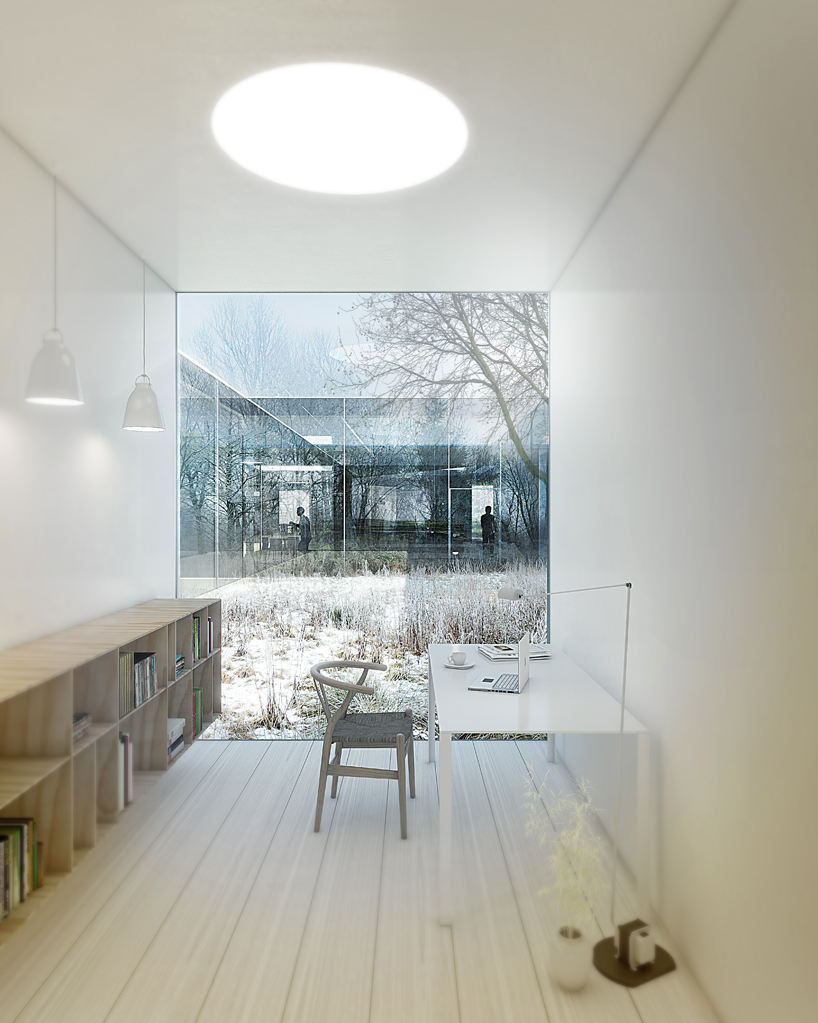 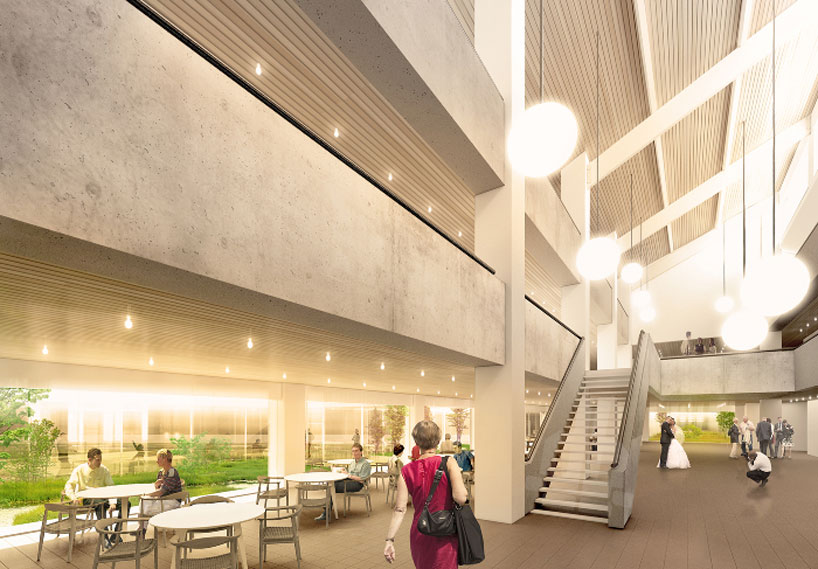 where the new building meets the old… 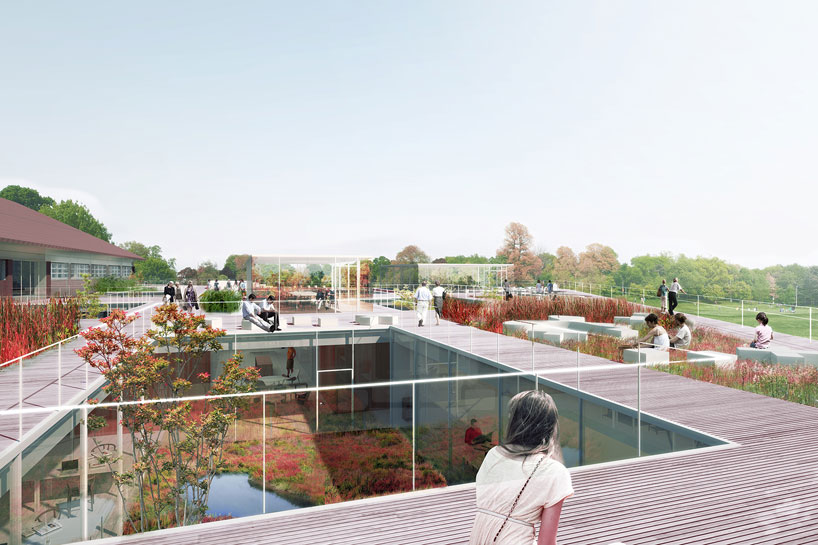 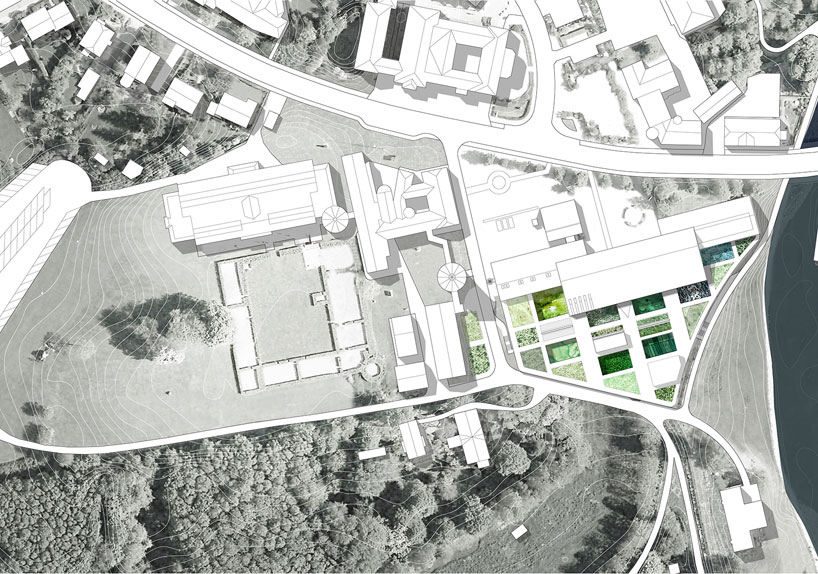 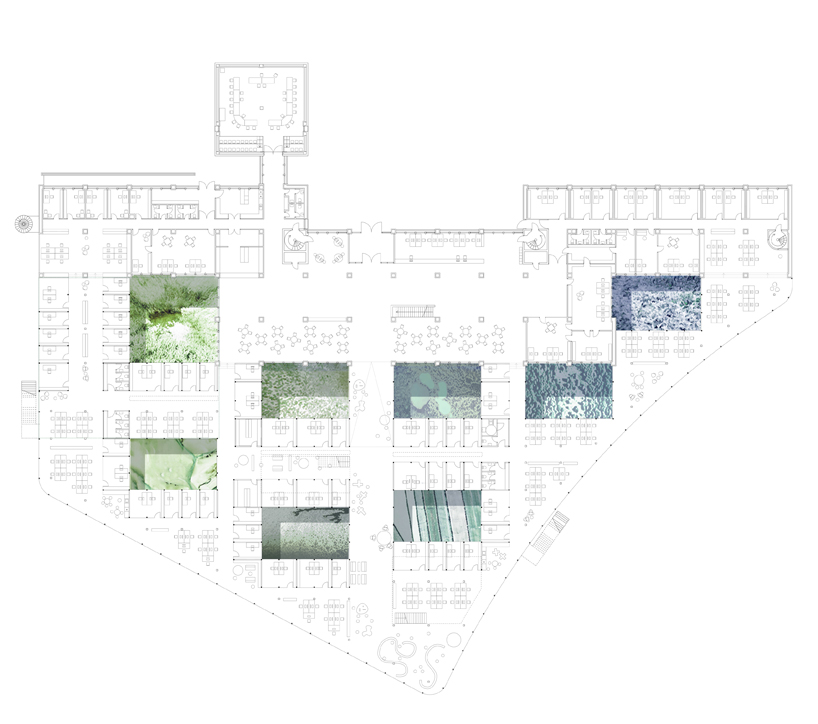 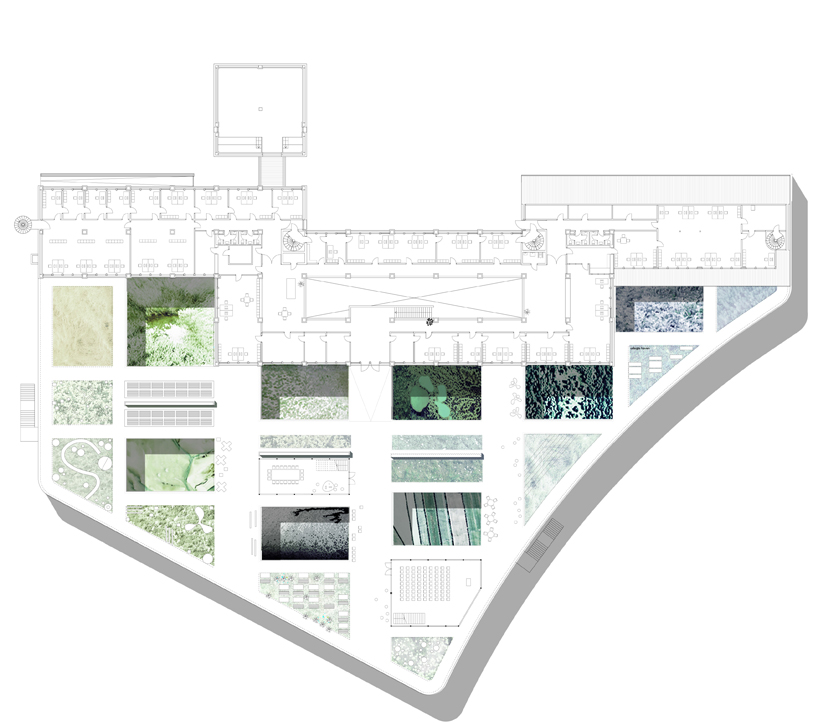 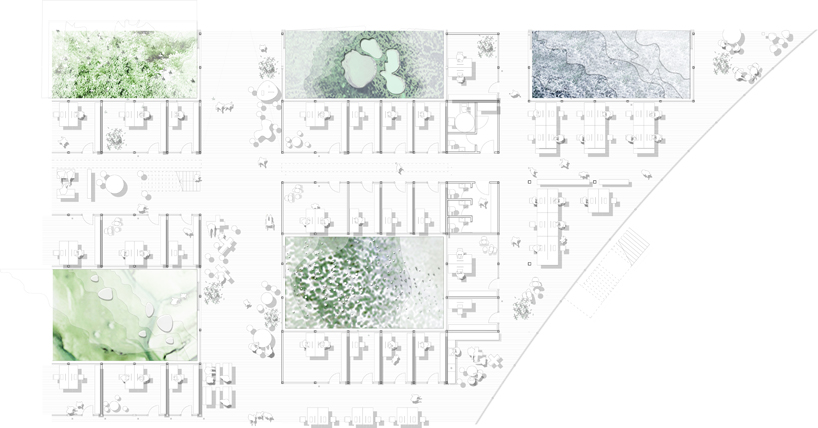 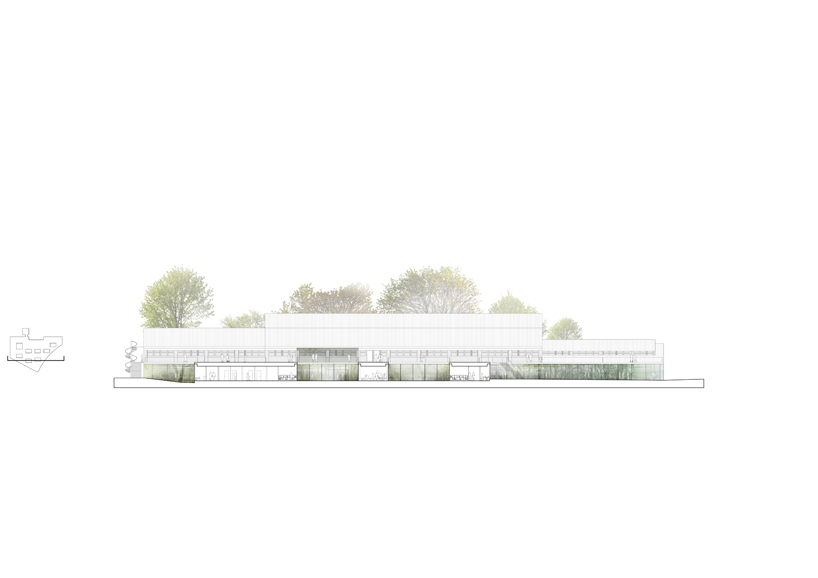 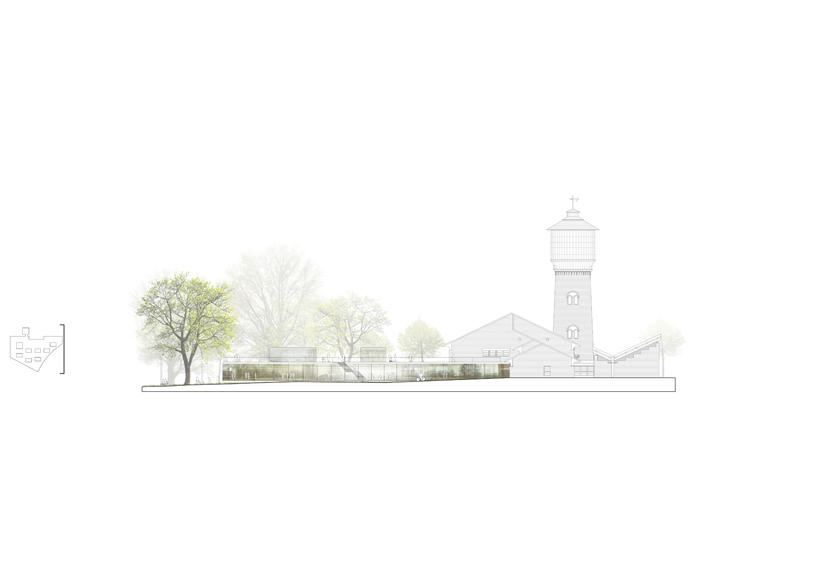 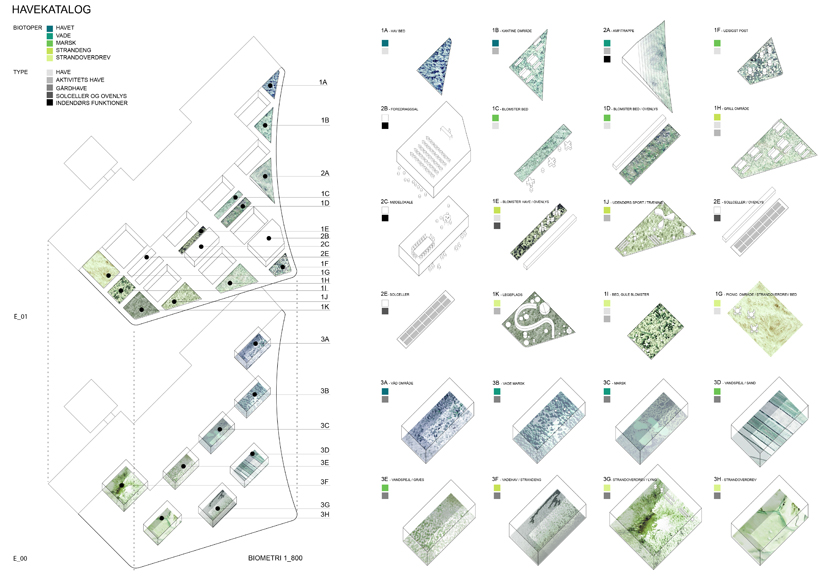 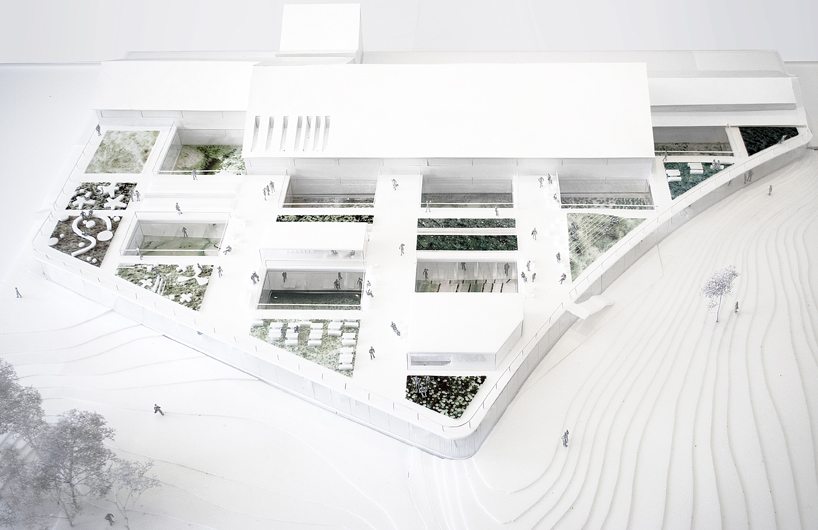 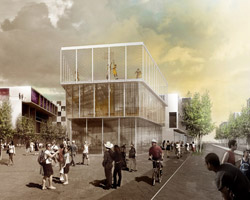 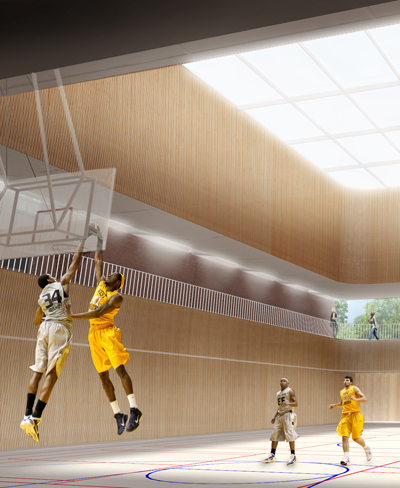 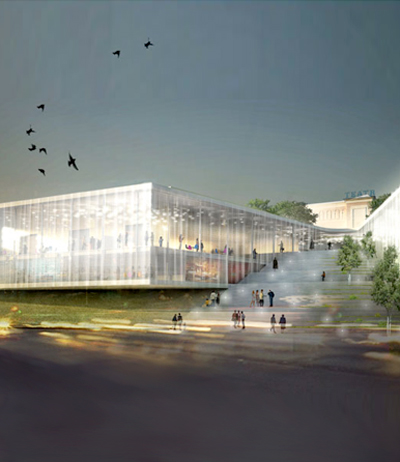 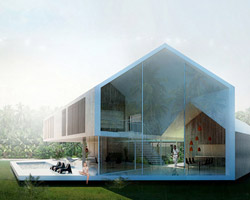