swedish we are you architects won first prize for their proposal ‘have a nice day’, in the REZ student housing competition in toronto, canada.

the ‘have a nice day’ building consists of mainly two parts. a public area with access for everyone and housing for students. rather than making a conventional student housing project with the floors isolated from each other they chose to create a single space flowing from level to level throughout the student housing, the ‘vertical living room’. creating diversity in the spaces provided and emphasizes the connections between floors. the private sleeping units are minimized in order to give space to the large vertical living room. the public ground floors holds computers, rooms for group activities, gym, and a swimming pool. these are public spaces free for everyone to use and will serve as an important part of the surrounding neighbourhoods. 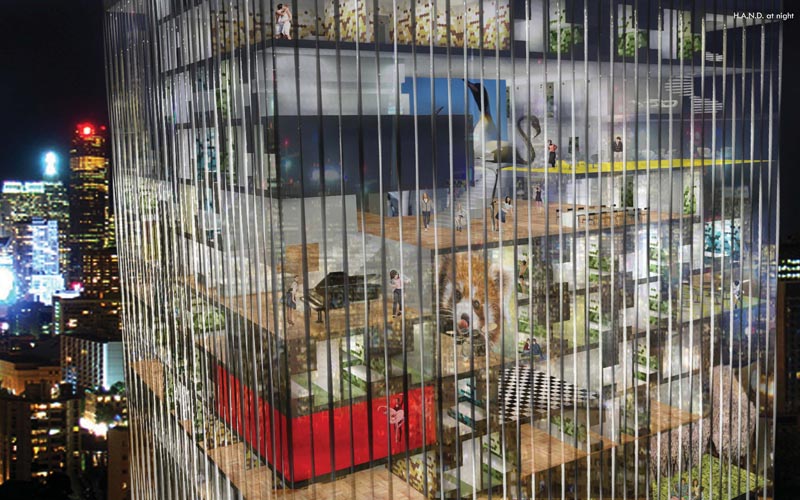 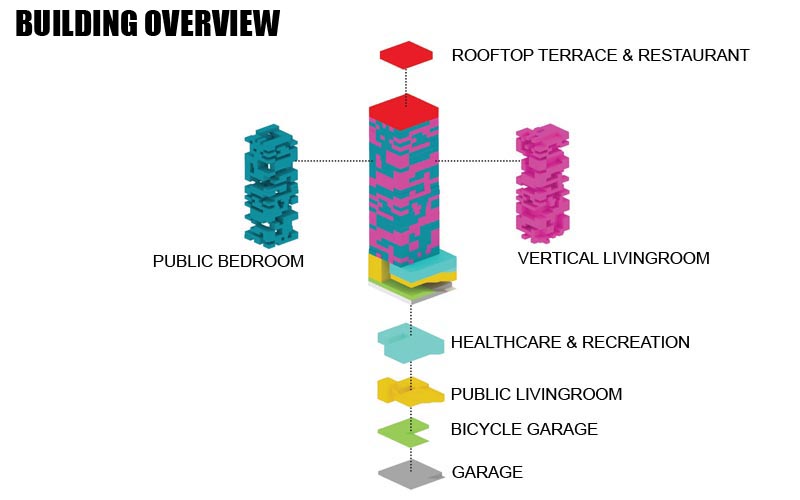 the public part includes a ‘public living room’ at street level, training facilities and a public bath, and a rooftop terrace with a restaurant. the private student house consist of bedroom units and a ‘vertical living room’ for the students. 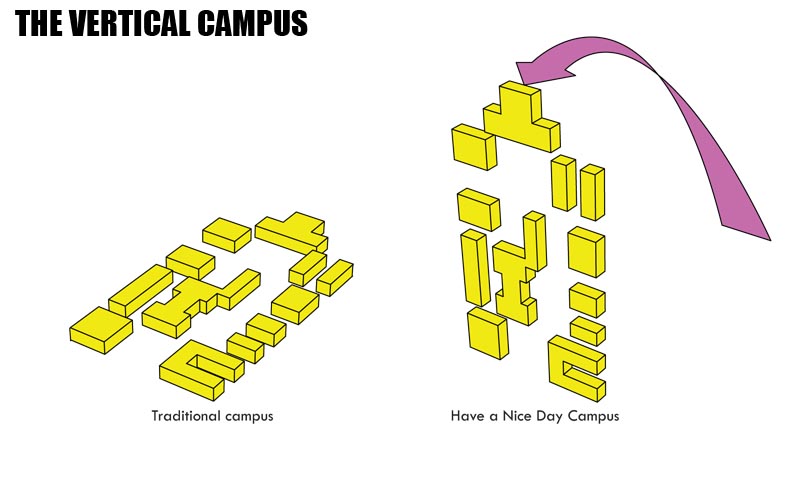 the ryerson campus is situated in the heart of toronto. this requires a dense campus with higher buildings and more space efficient solutions. the traditional campus has lots of green surfaces and facilities. the new urban campus has acces to everything the city has to offer and can incorporate the city’s functions in its own system. 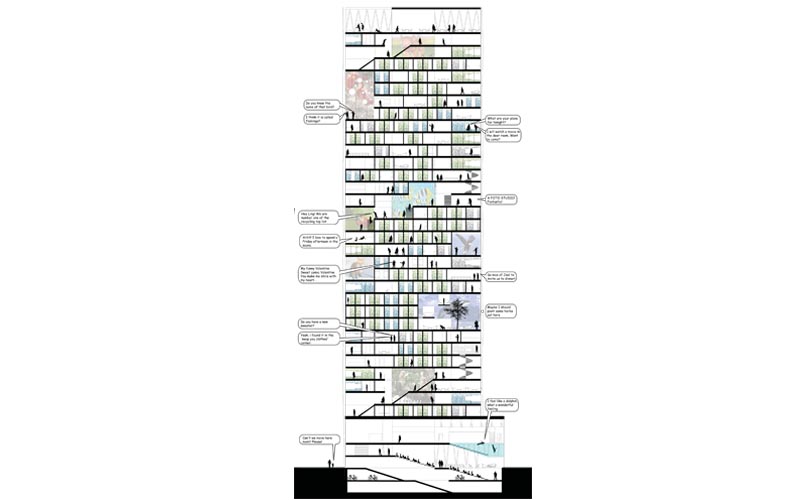 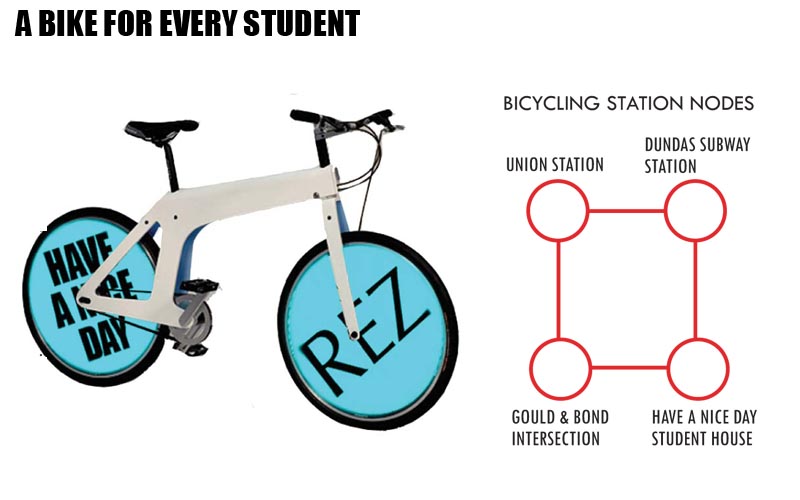 the h.a.n.d. student house is situated along one of the major bicycling paths in toronto. on a bike you can reach all the central parts of toronto within minutes. the h.a.n.d. student house is actually just a node in a brand new public transport system based on bicycling where 500 of the new bikes are available in the h.a.n.d. bicycle garage. public transport using bikes are allready in use in many cities in europe and provide an environment friendly, cheap and easy way of getting around town. 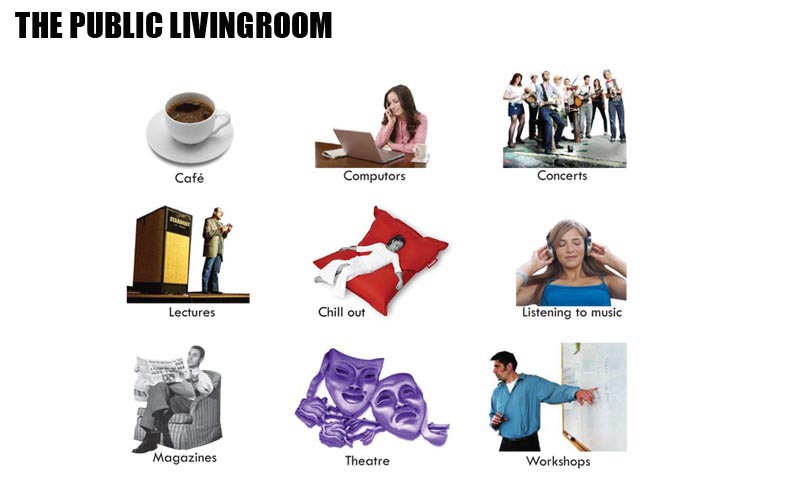 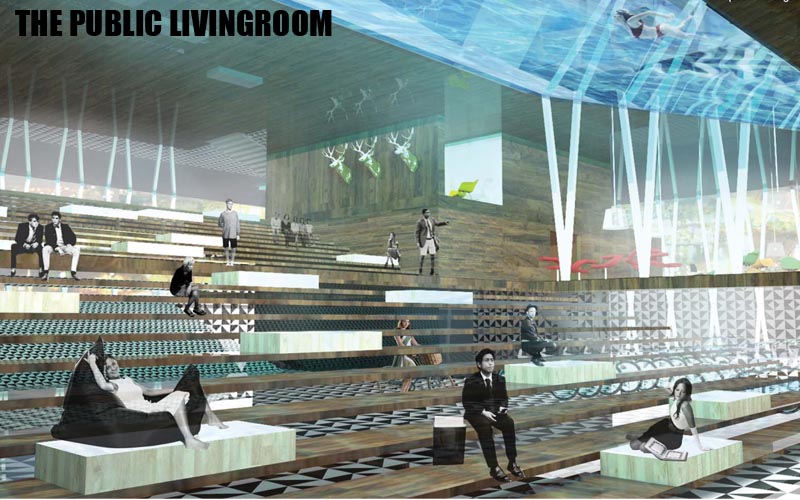 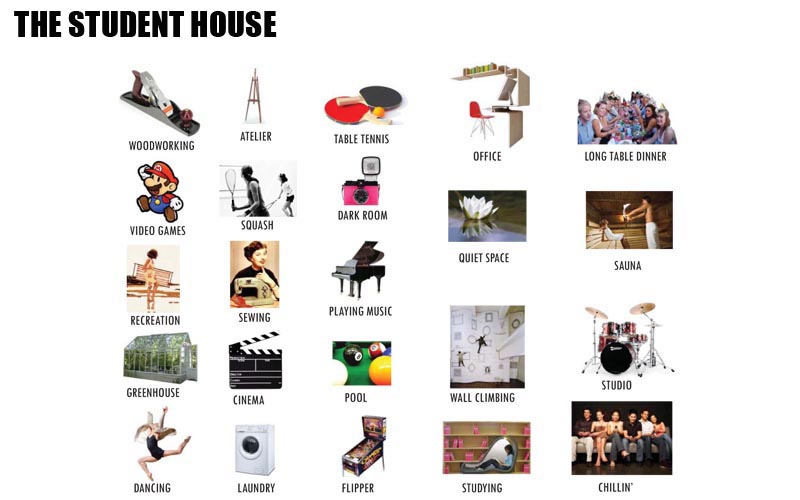 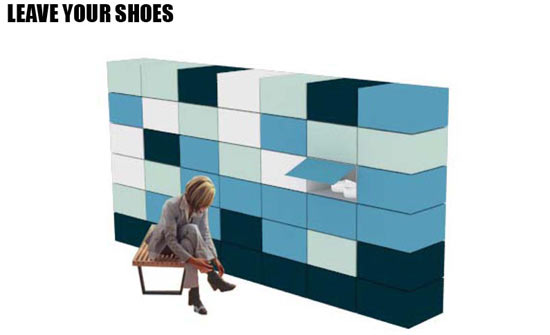 when entering the vertical living room you leave your shoes in your own locker.

the recycling arcade is a recycling bin on each floor that encourages a higher rate of returns by rewarding recyclers with musical notes and recycling points. that way each floor can compete with each other for the highscore of the week. 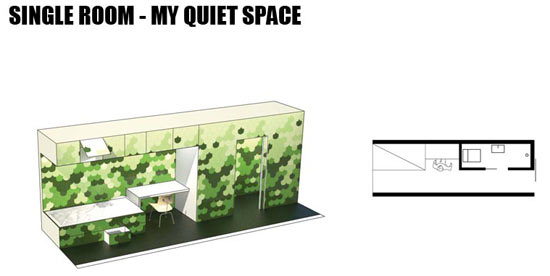 the single room has a communication part and a wall filled with functions. the wall holds everything you need: your bed, a bathroom, a working desk and storage space. the entire opposite wall is a big whiteboard on which you can make notes and stick photos to. 375 units. 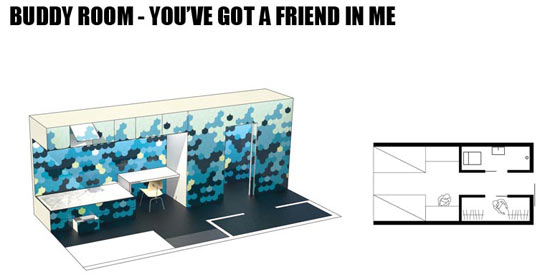 the buddy room is basically two single rooms with shared communication space, where one of the toilettes is replaced with a closet. 75 units. 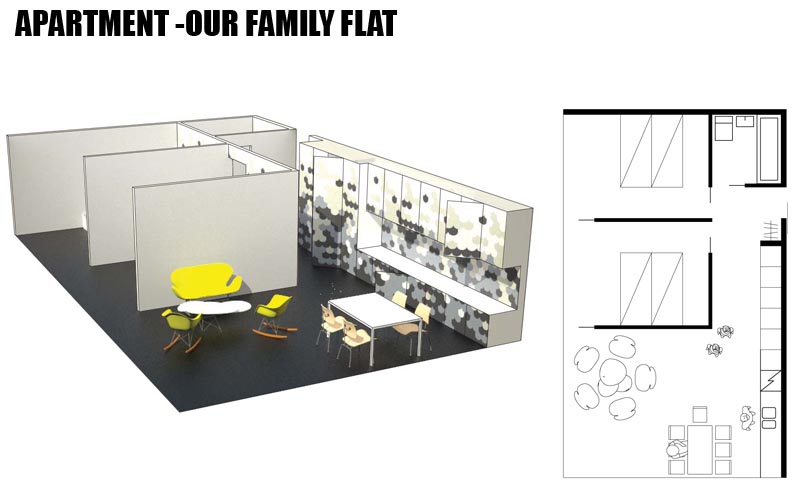 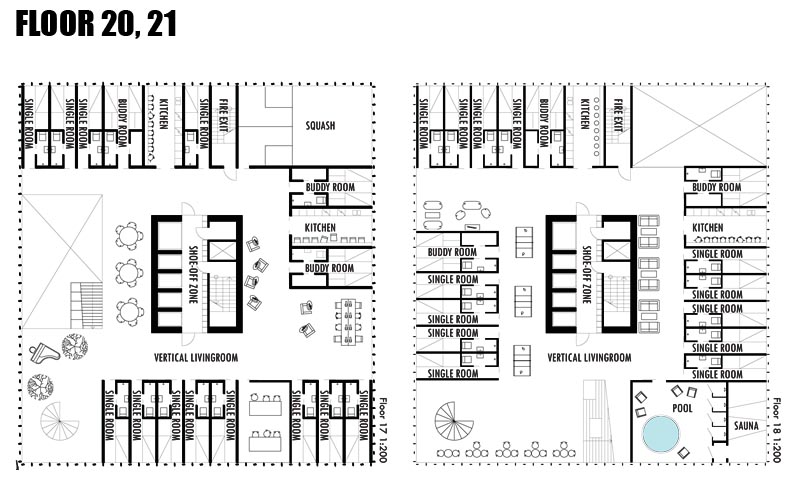 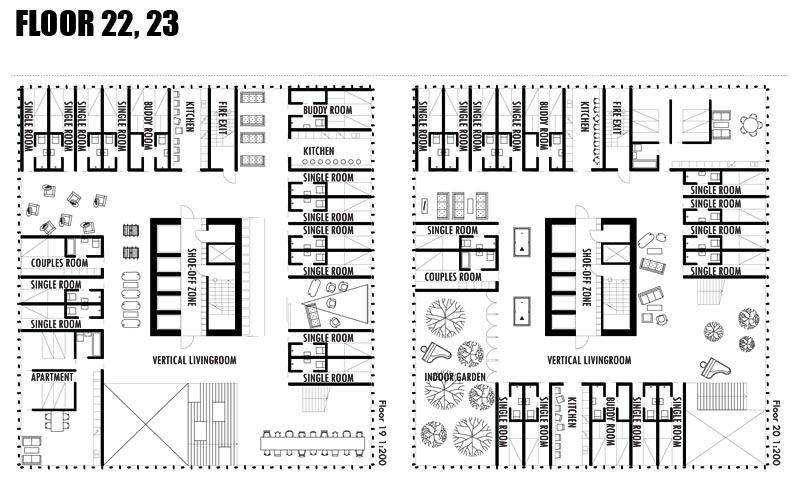 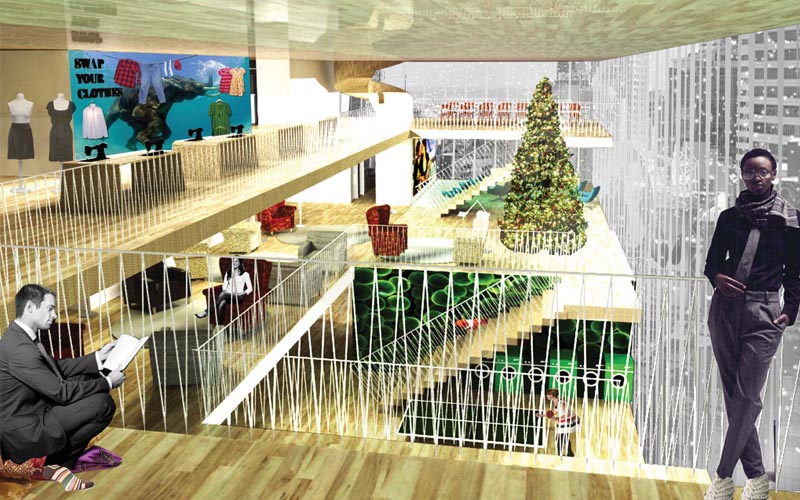 staircases connecting to all levels 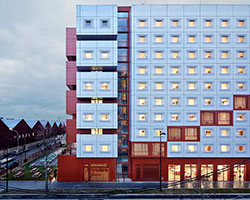 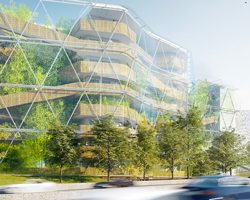 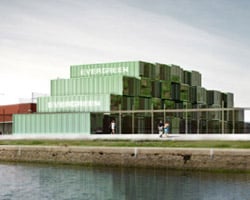