with the venice architecture biennale soon underway, droves of archi-tourists have begun to flock to the ancient city to experience a series of stunning architecture displays. among these is the estonian pavilion, which presents the exhibition ‘weak monument’. curated by laura linsi, roland reemaa and tadeáš říha, the exhibit examines the capacity of architecture to be political, by juxtaposing two antithetical notions — weakness and monumentality. 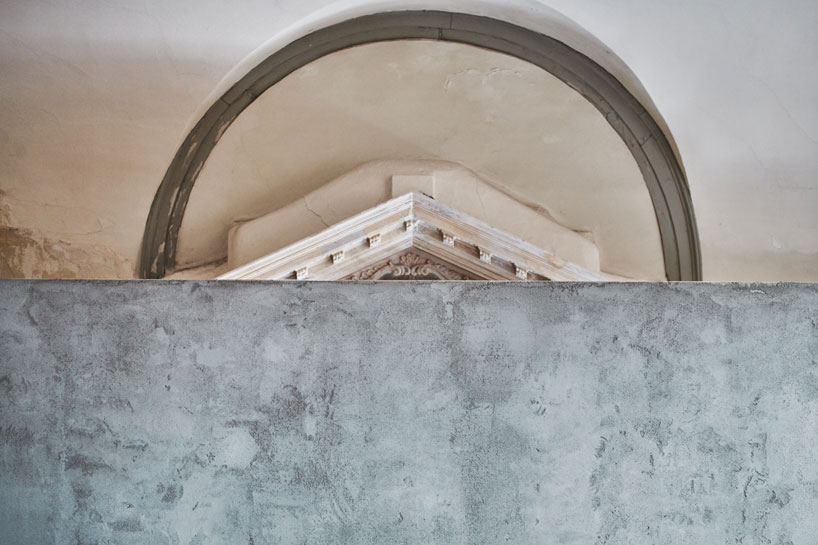 the pavilion of estonia transforms the former baroque church of santa maria ausiliatrice, which offers remnants of a monumental, yet decadent spatial symmetry and hierarchy. the curatorial team observed all architectural elements — from triumphal columns to the pavement beneath — and constructed an interruption to the chapel. 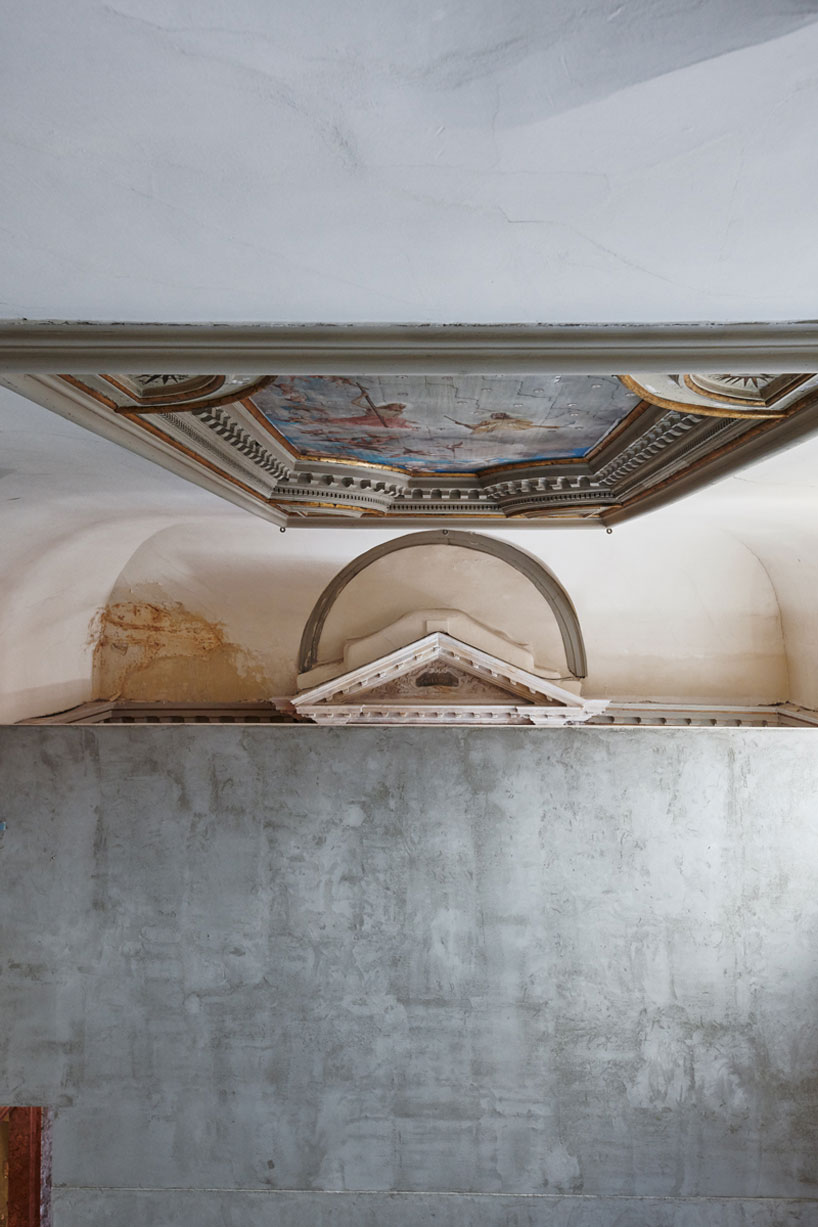 the former church is manipulated by a seemingly suburban pavement that covers its colored marbles, while a monolithic concrete wall divides the venue in two parts. everyday and exceptional structures occupy the same baroque interior. while the wall initially appears impenetrable, it can be crossed, and behind it lies a collection of ‘weak monuments’. estonian and european examples are showcased through existing and newly-commissioned photographs, drawings and models, and in the catalogue. 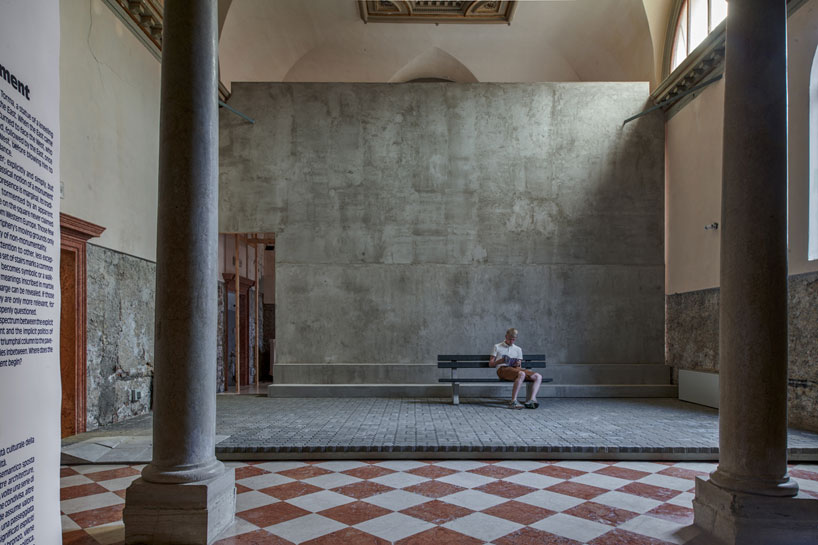 ‘where does the monument stop and the pavement begin?’, curator tadeáš říha questions. ‘sometimes maintenance or neglect may overstep the boundary. sometimes the difference is diminished by a protest, sometimes by a demolition. sometimes it is the history, the location or the material that blurs the exceptional and the everyday. in those moments that we present, something new occurs, not precisely aligned to how the monument is traditionally understood.‘ 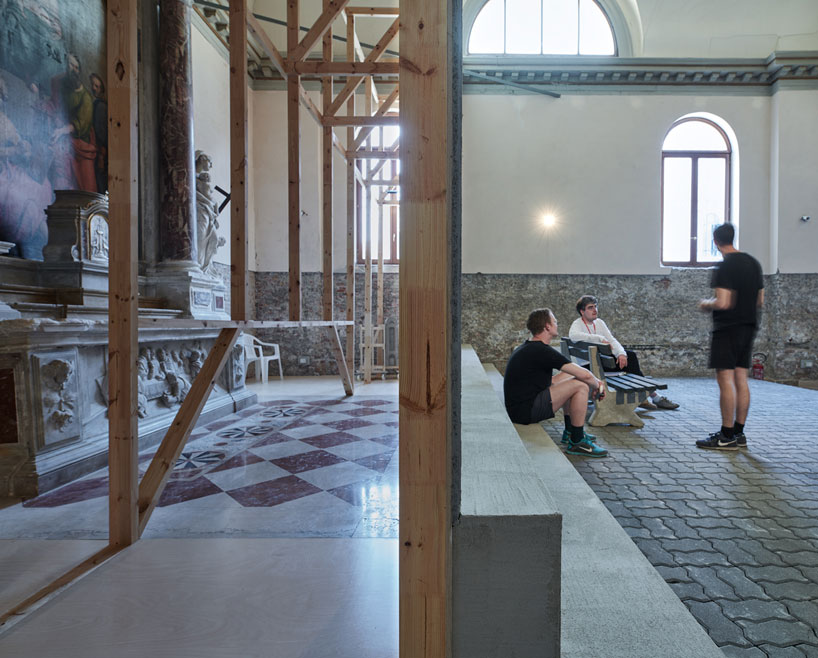 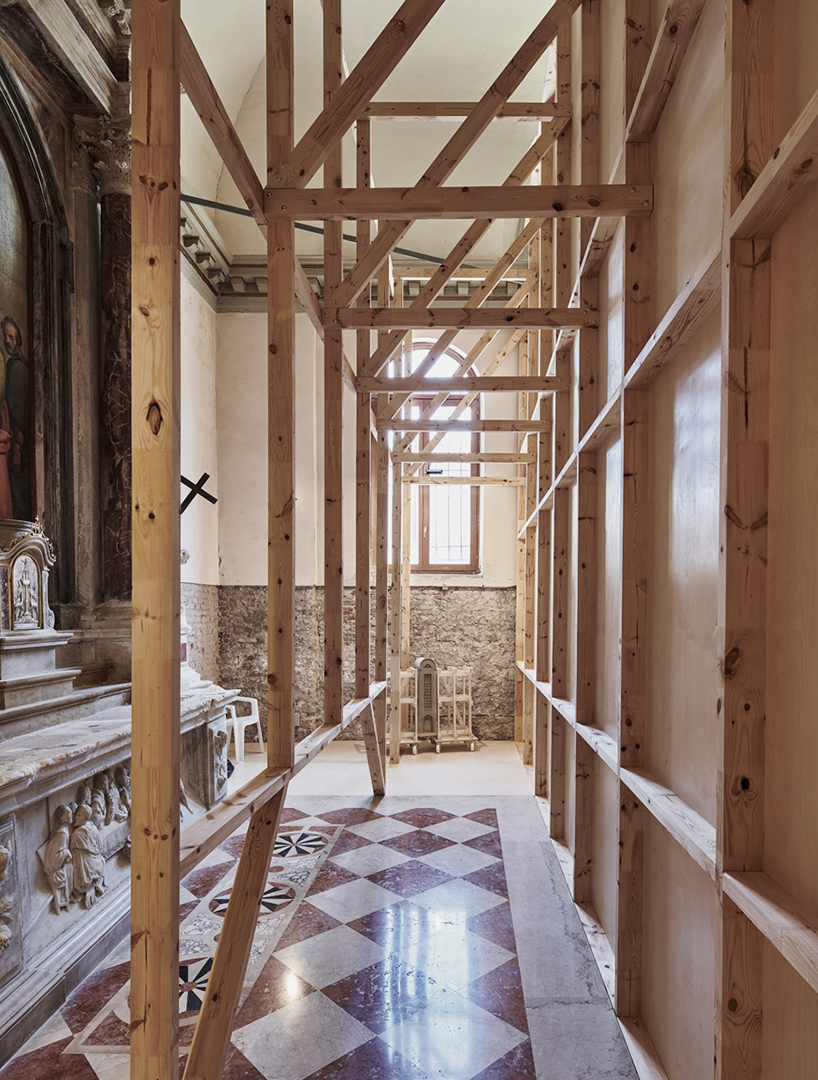 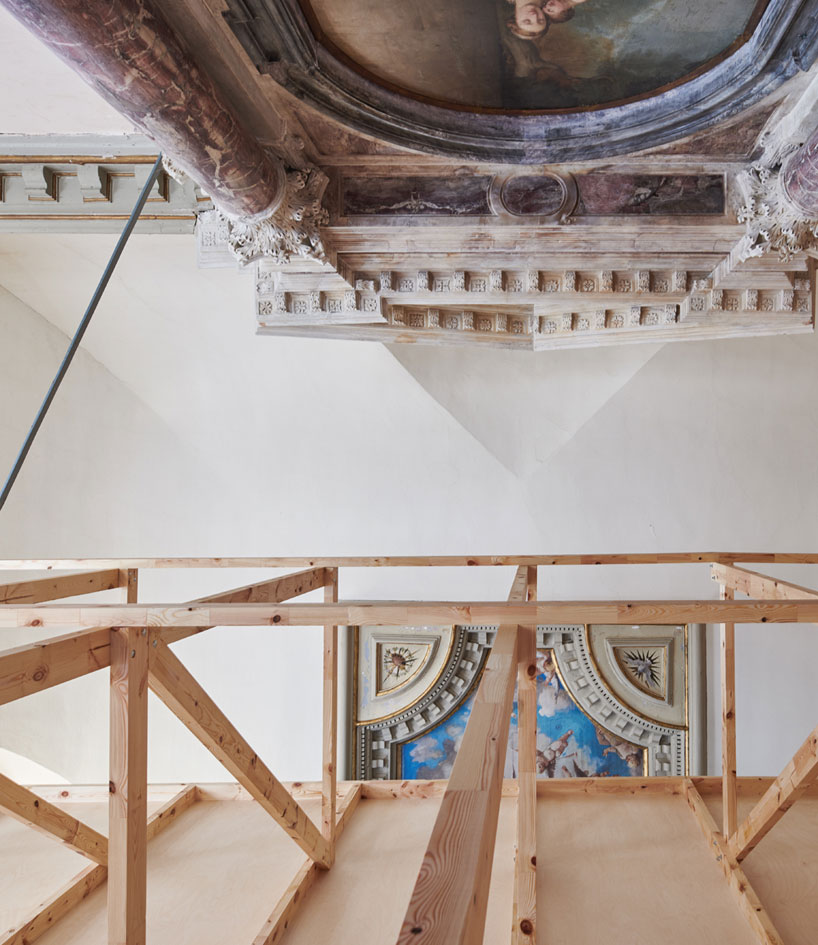 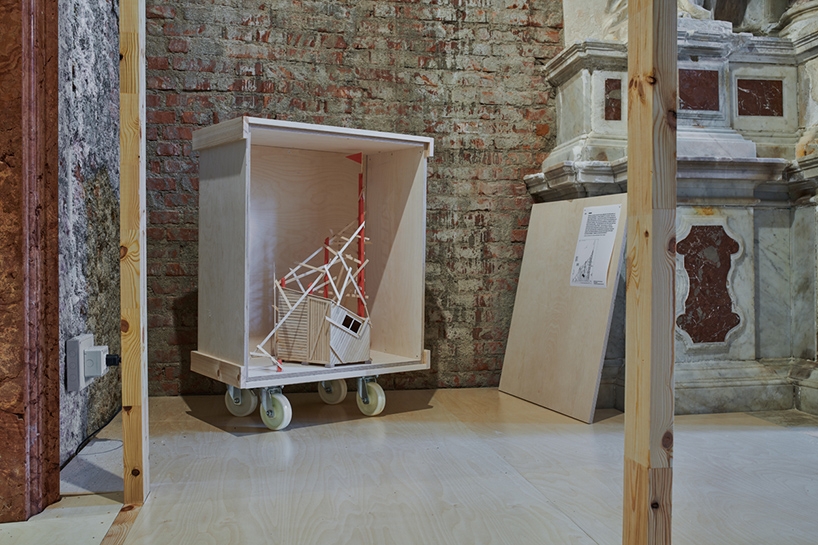 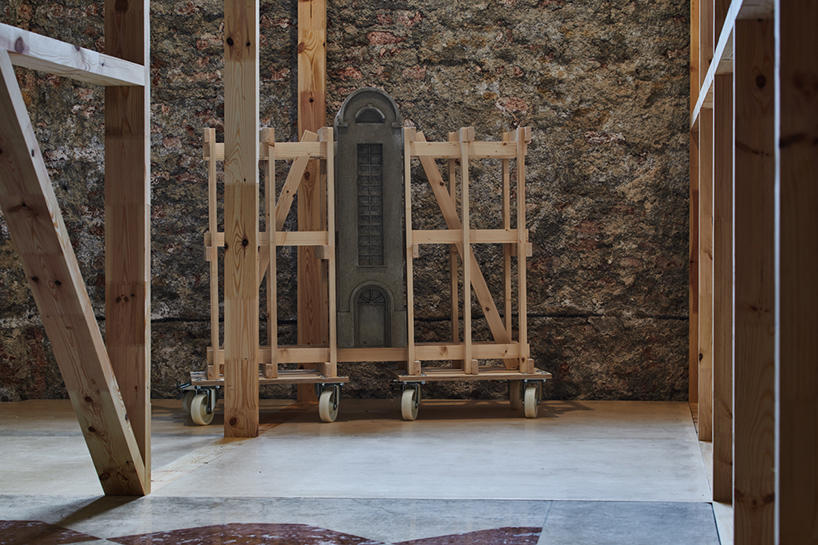 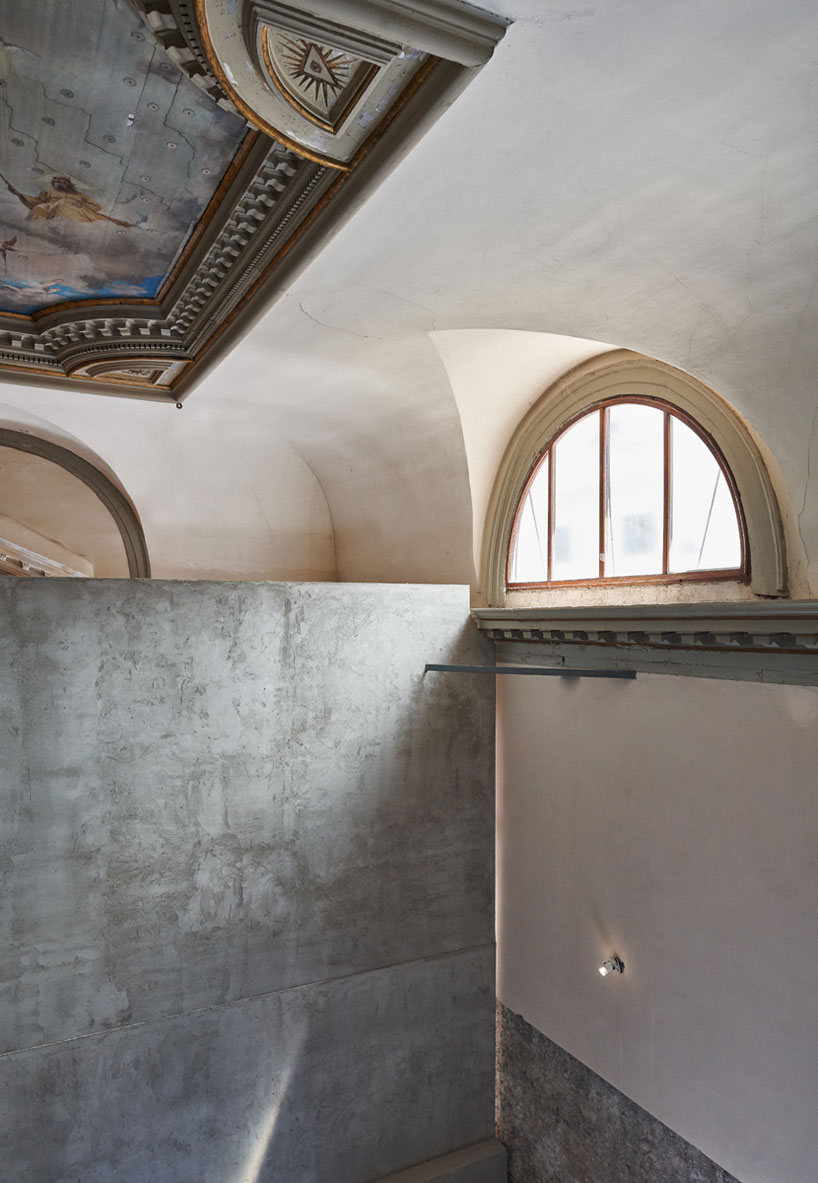 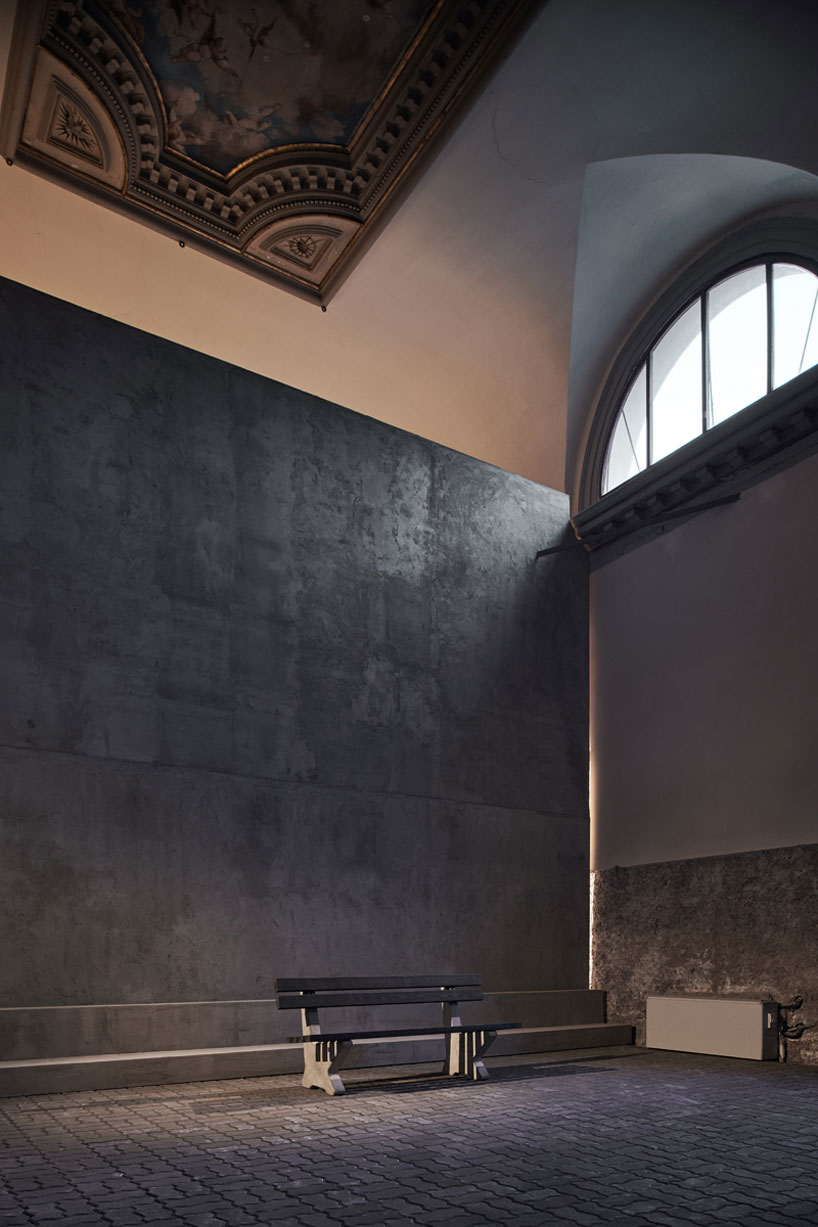 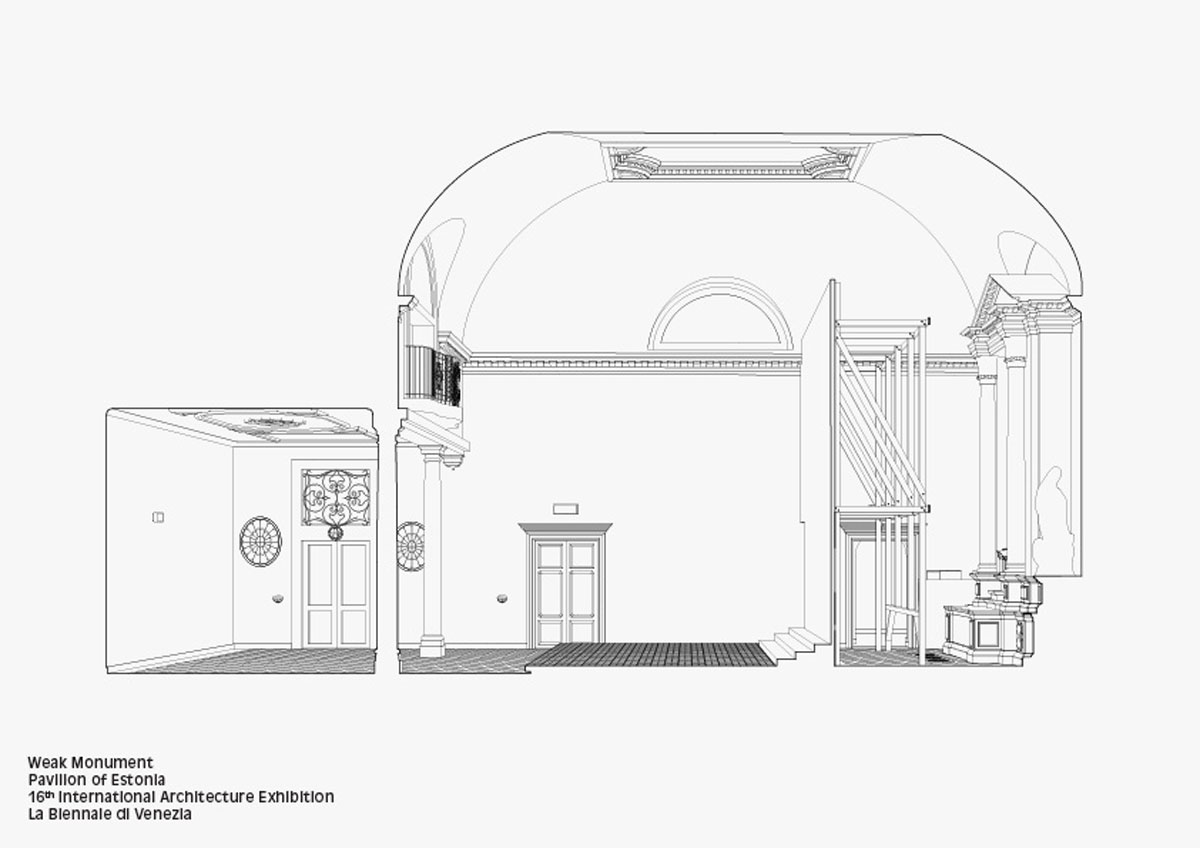 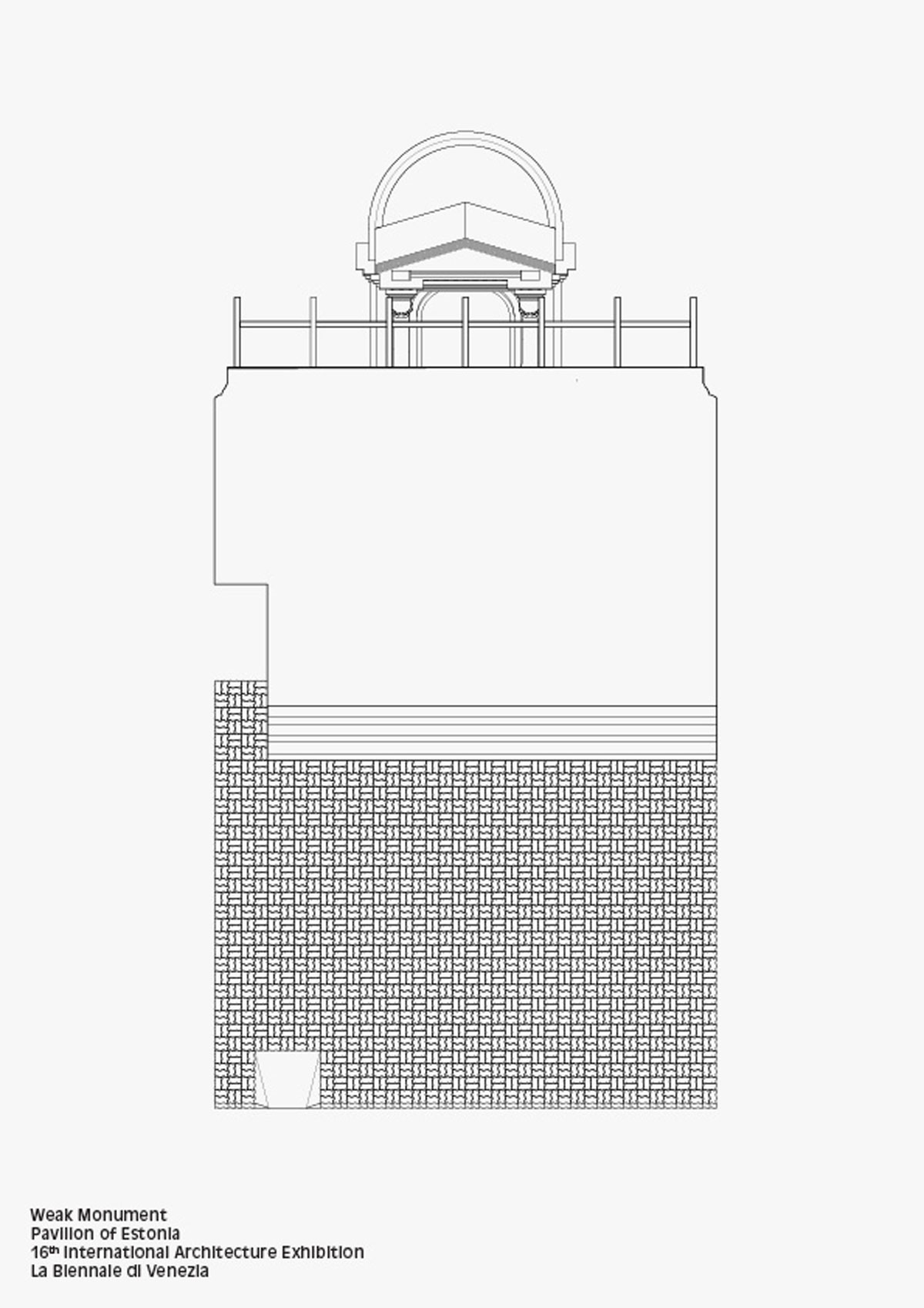 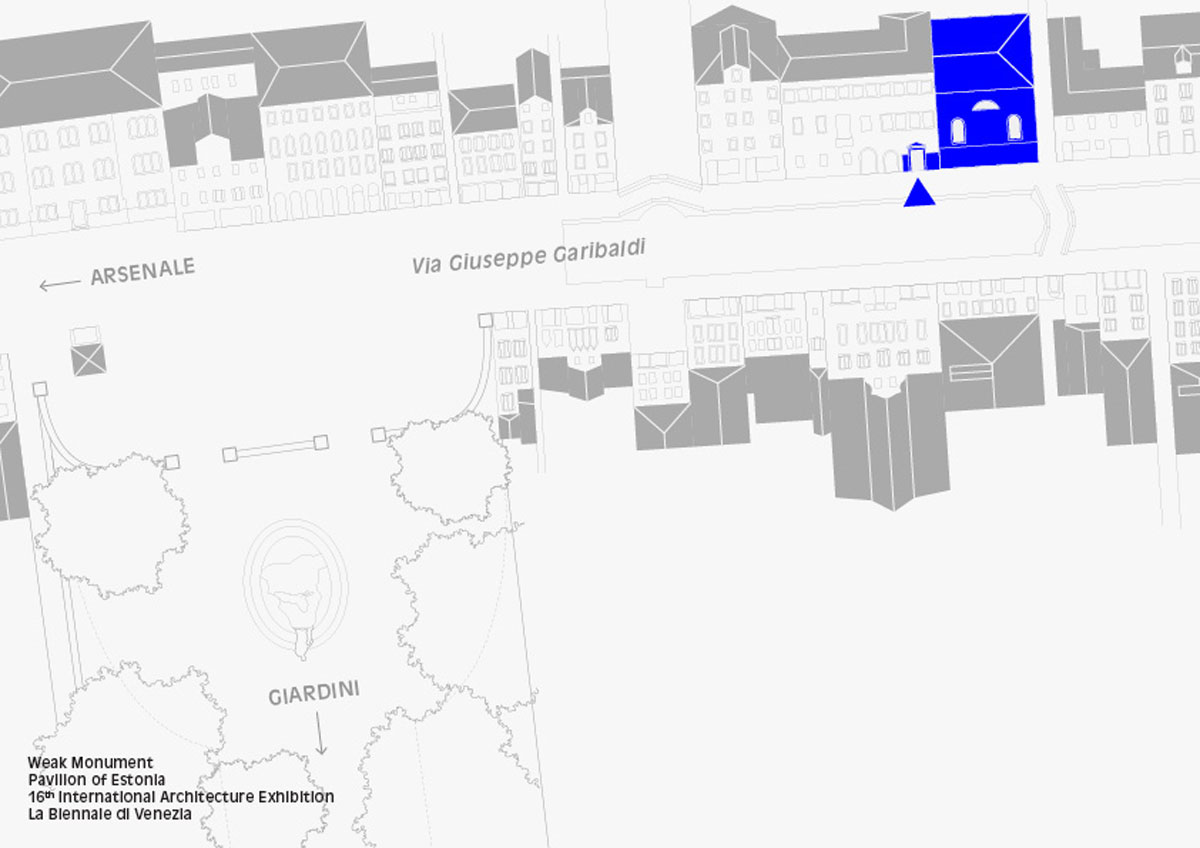 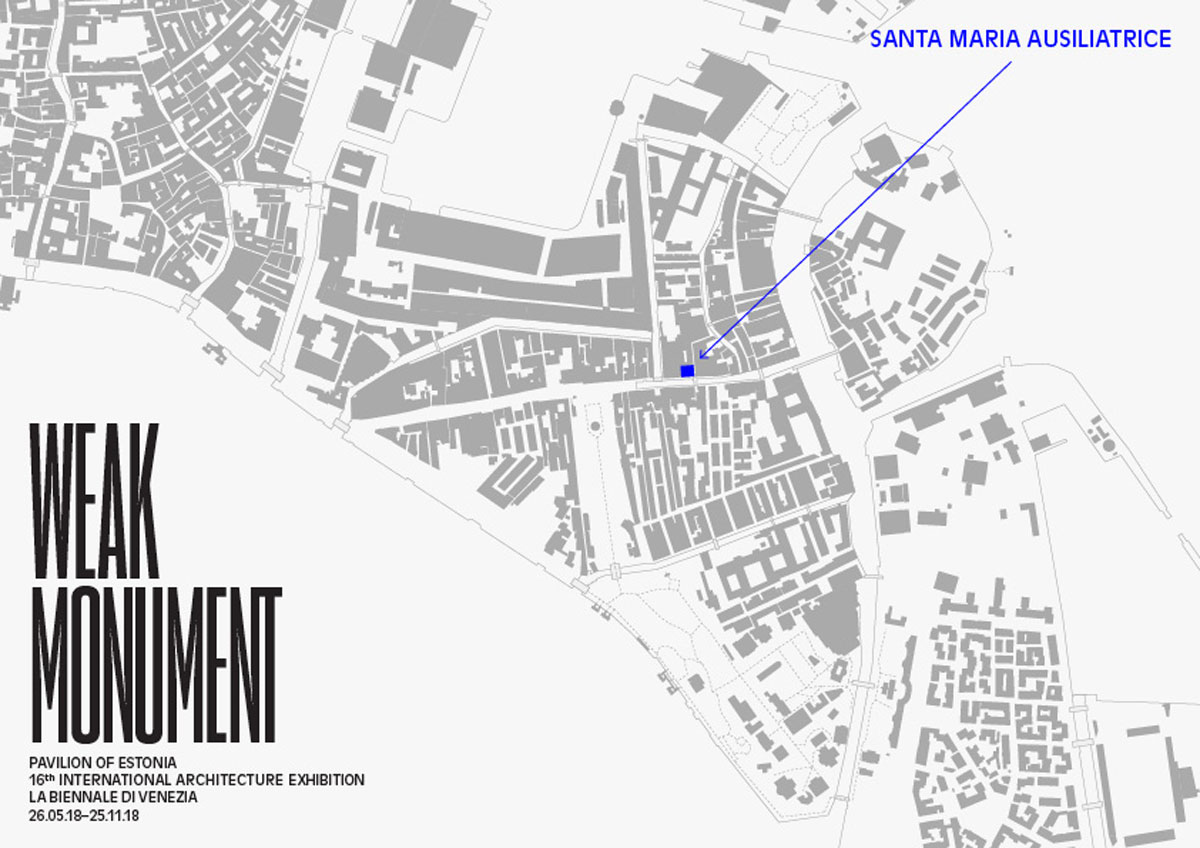