the west kowloon cultural district authority (WKCDA) has announced the first-placed design for the development’s arts pavilion in hong kong. the winning team of VPANG architects + JET architecture + lisa cheung will work alongside the WKCDA to complete the project –  an exhibition and event space for independent and small-scale projects. positioned on the banks of the harbor, the structure offers respite from the hectic urban life associated with the city, while mirrored walls allow the architecture to blend into its surroundings, immersing the building within its parkland setting. 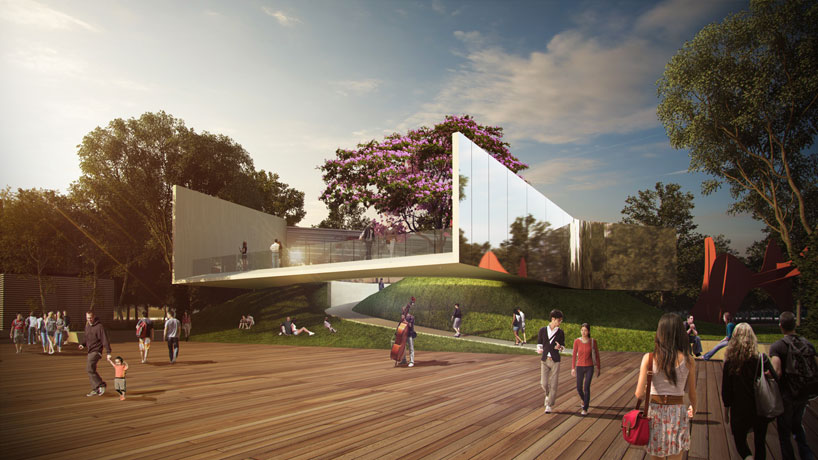 extending the scheme’s direct relationship with nature, an elevated gallery gives the impression that the pavilion is floating above the foliage. consequently, work can be presented against the city’s distinctive skyline with views also cast out over victoria harbour. internally, polished concrete floors and white walls reflect natural light ensuring a tranquil and peaceful atmosphere. 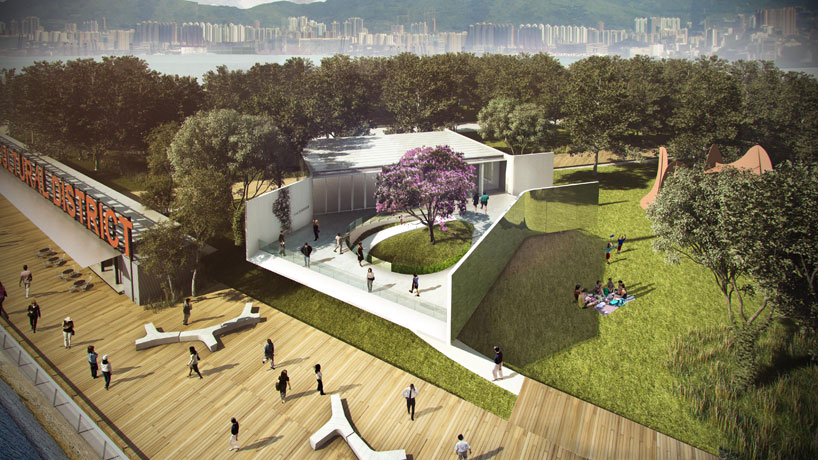 ‘the way the first prize winning design fitted into the landscape and frames the views of hong kong, creating an outdoor space, which easily flows into a well proportioned space, are merits of the design. it also allows for certain design flexibility and consideration, essential for a small-scale exhibition space like this,’ commented dr lars nittve, co-chairman of the jury panel.

scheduled to be completed by 2015, the pavilion will serve as initial exhibition space for herzog & de meruon’s M+ museum which itself will open in late 2017. 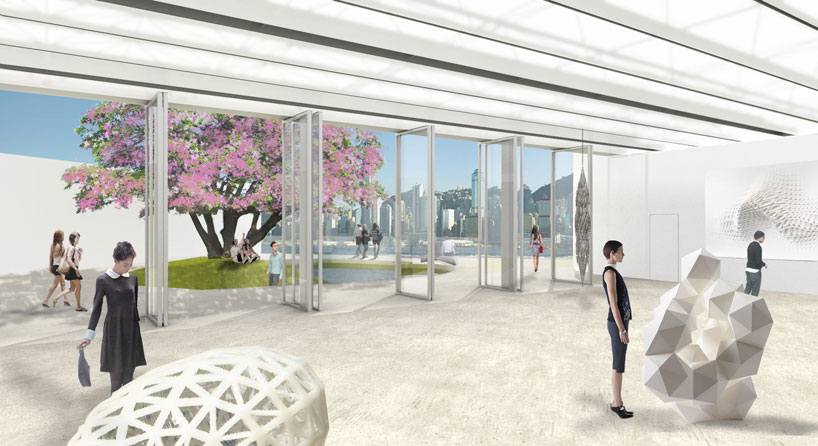 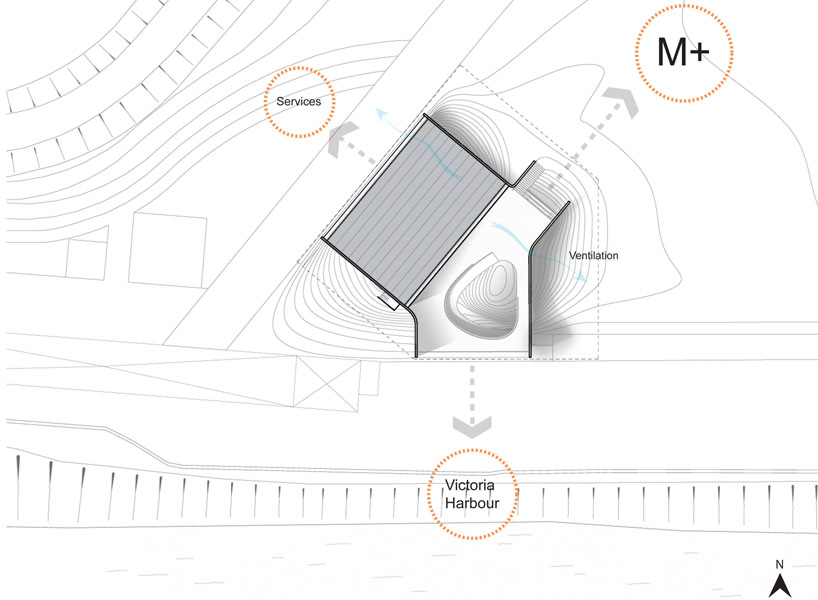