where architects live: inside the homes of zaha hadid and shigeru ban
photo © davide pizzigoni

the exhibition intimately reveals the homes of the eight architects, broadening visions of domestic architecture and interior design, and suggesting that this discipline is most suited to evolution and experimentation. as well as the photographs shown below, the event’s curator francesca molteni worked alongside architect and scenographer davide pizzigoni to collect real-life videos, sounds, comments and reconstructions. the end result is an interactive and engaging exhibition that thoroughly documents each architects’ way of living. 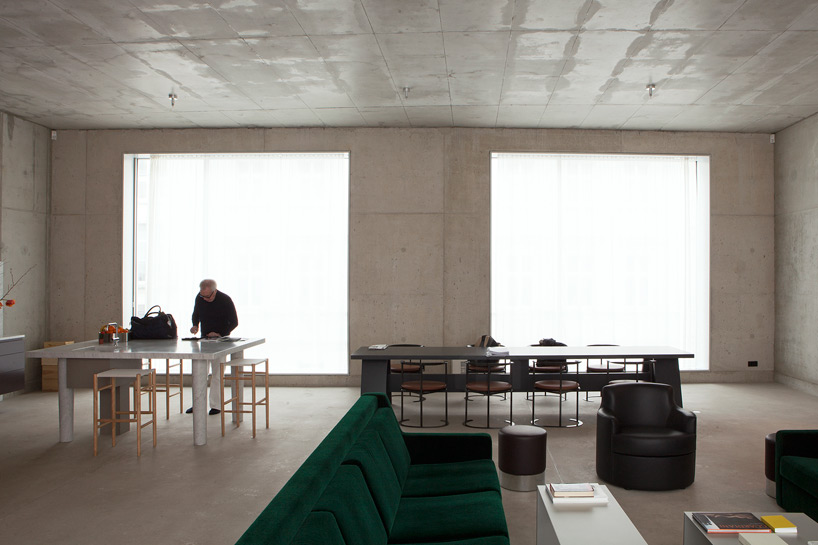 after being commissioned to rebuild the neues museum in 1997, david chipperfield relocated to the mitte district of berlin. in the courtyard that contains both his house and his studio, the british architect also designed a canteen, providing a place where locals can meet and congregate. built of concrete, the house large windows overlooking the street and the courtyard. containing a few italian furnishings from the 50s and 60s, two colors compliment the concrete interior: the green of a velvet sofa and the orange bookcase that divides the space between the kitchen and the sitting room. 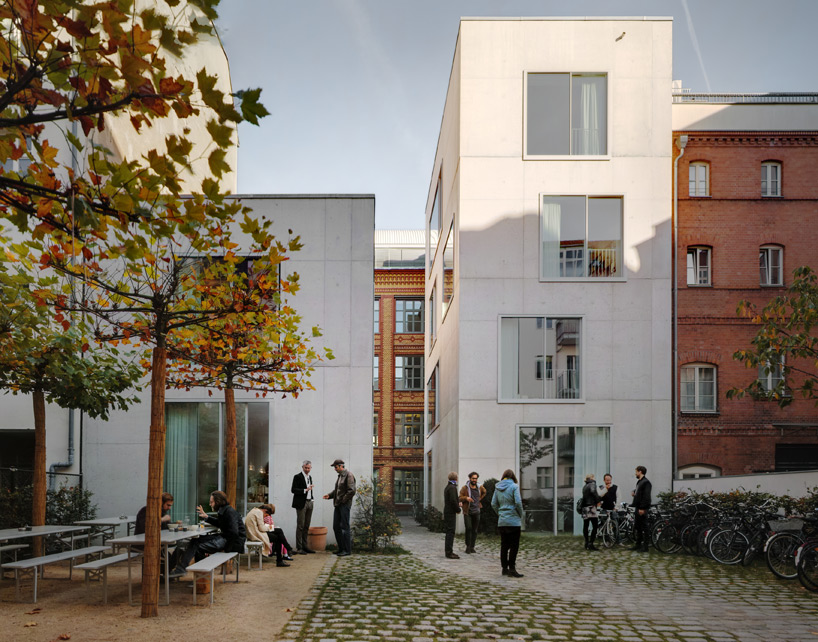 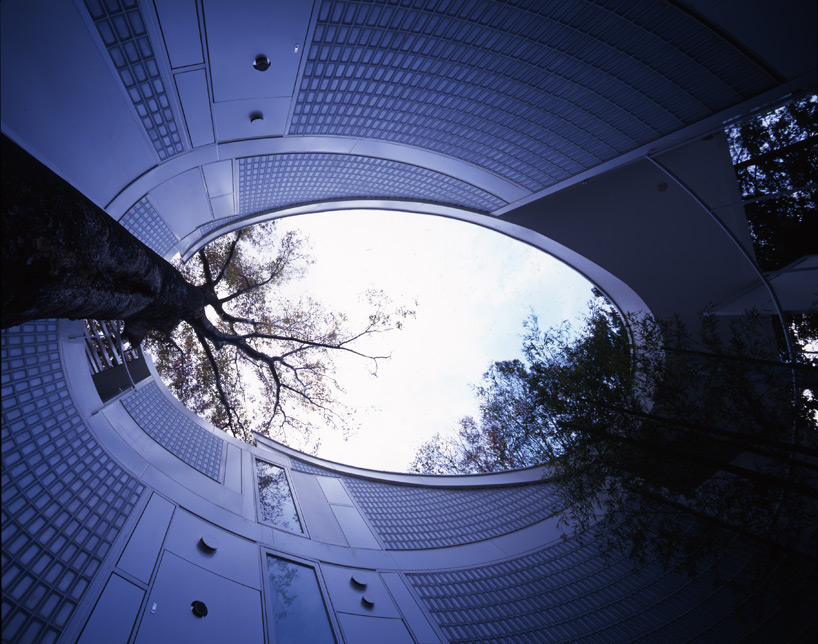 built in japan’s hanegi forest, shigeru ban completed his home in 1997. the challenge for the architect was to avoid removing any trees from the forest, instead crafting a dwelling around them. envisioned as a zen monk’s room, the building comprises few furnishings, and plenty of natural light. 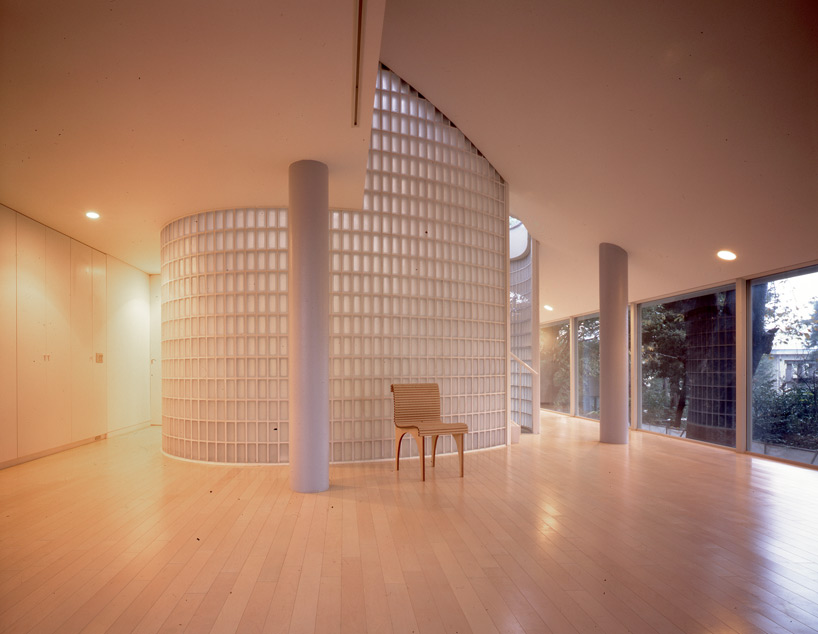 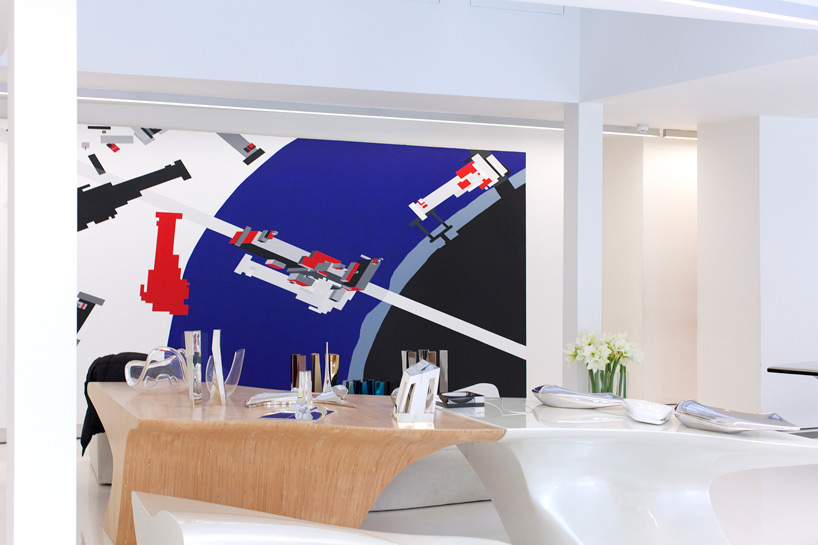 now living in an open space in london, zaha hadid’s memories of the home were formed as a child growing up in baghdad. light filters into the dwelling through a skylight, while works by russian artist el lissitzky hang on the walls. throughout the residence, a plethora of portraits, furnishings and objects in hadid’s typical style define the living space. 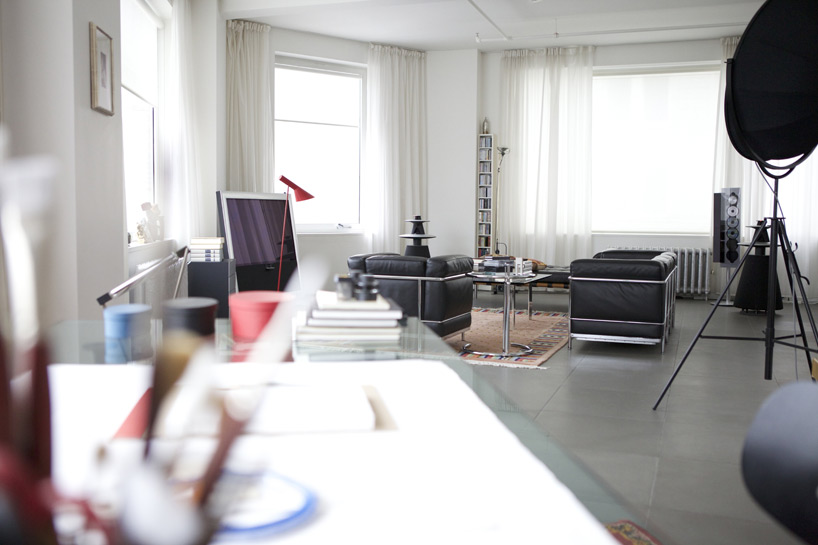 forming a refuge in the center of manhattan, daniel libeskind’s home contains a multitude of reading material alongside paint brushes that portray his great interest in painting. a table, with red legs and a granite top, has followed the family throughout its lengthy journey to new york. 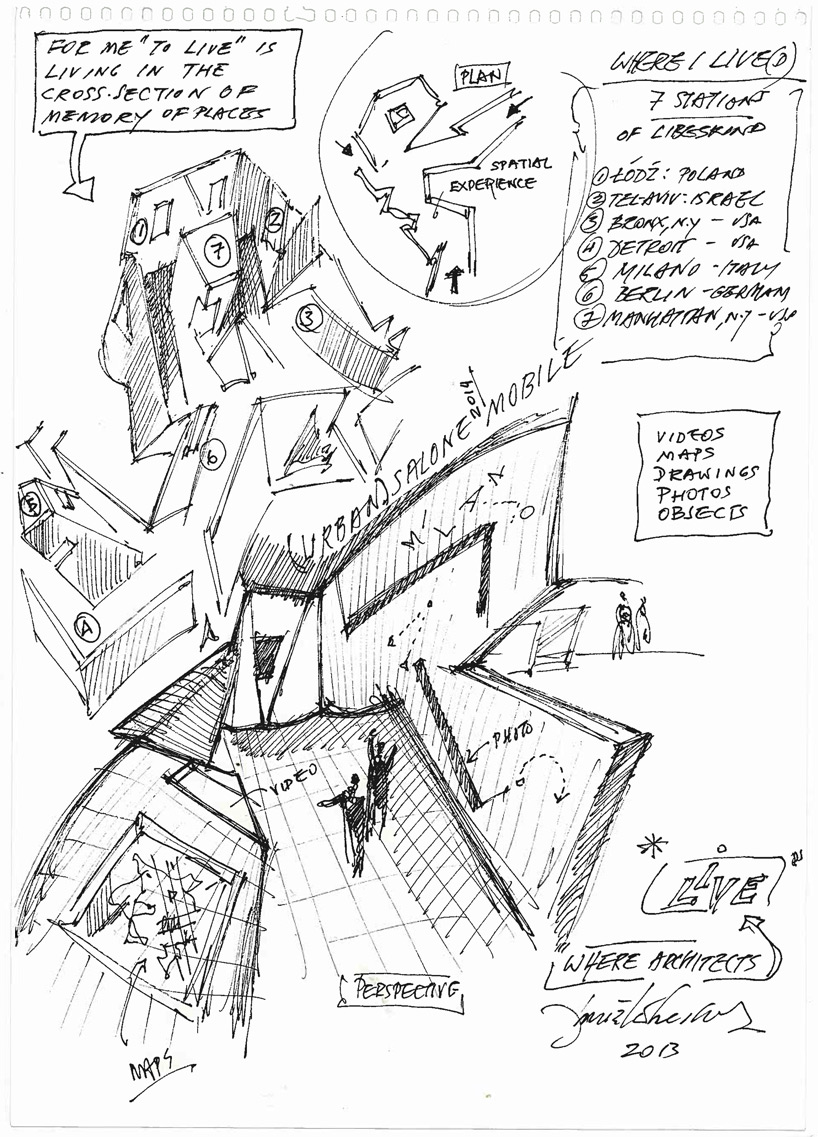 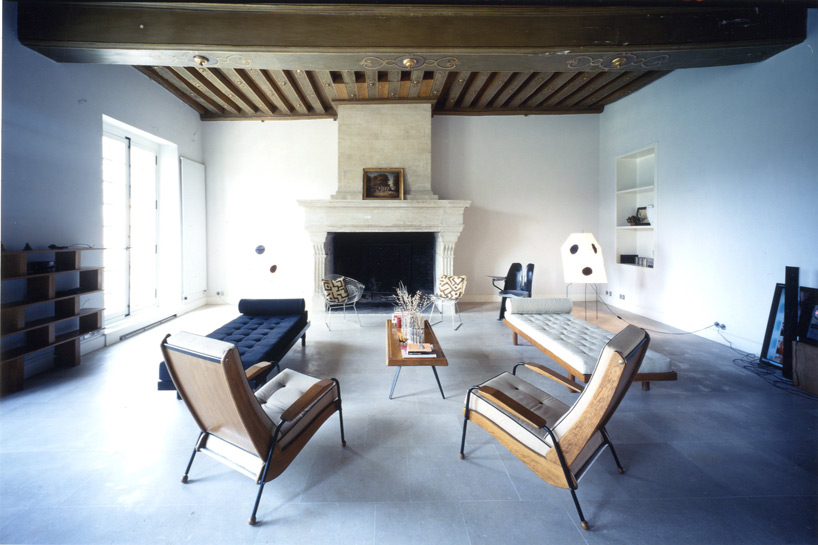 located in paris, doriana and massimiliano fuksas’ home features original jean prouvé furniture, and plenty of artworks, from fontana to paladino. at its threshold, antique warriors stand guard over the house, awaiting the return of its traveling architects. 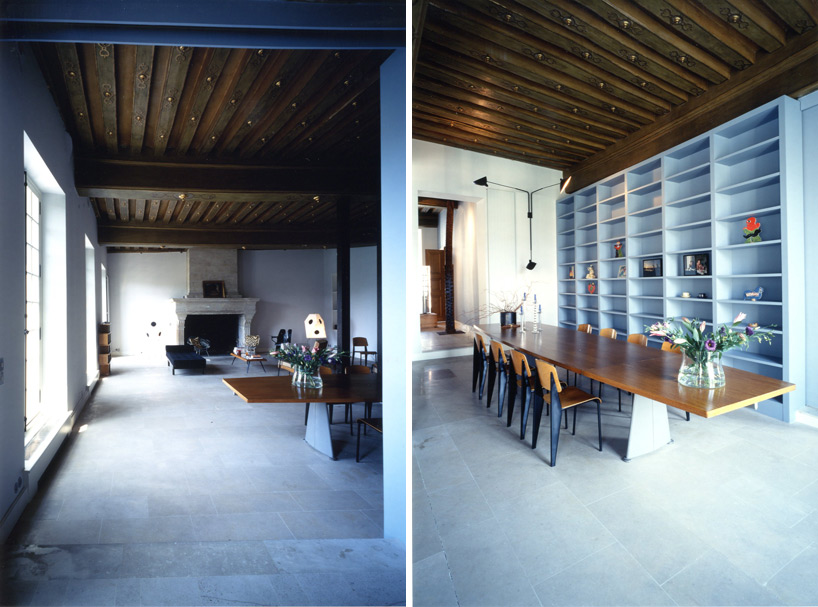 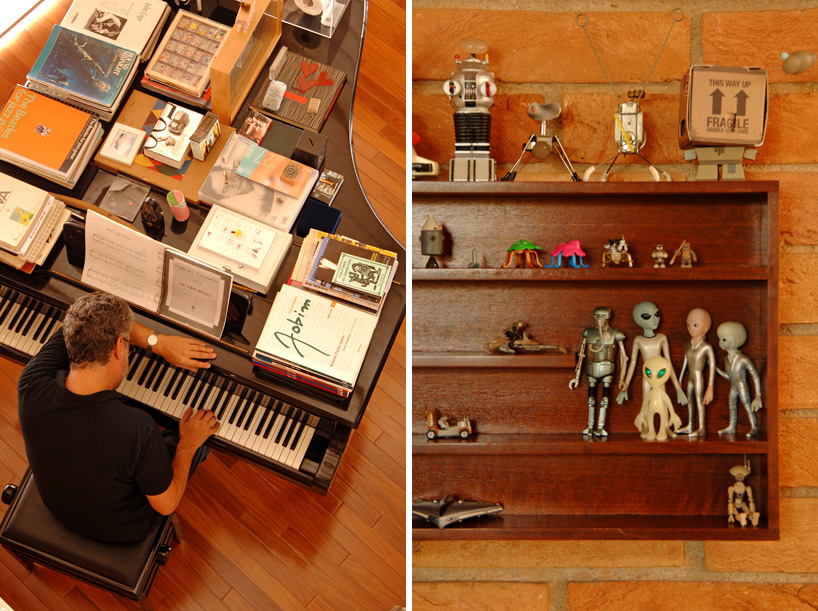 referencing the bright and free spaces of brazil, marcio kogan’s abode is situated on the 12th floor of a building he designed in 1980. influenced by the silver screen, a huge panoramic window frames views of the city, while internal volumes are full of personal ornaments and travel souvenirs. 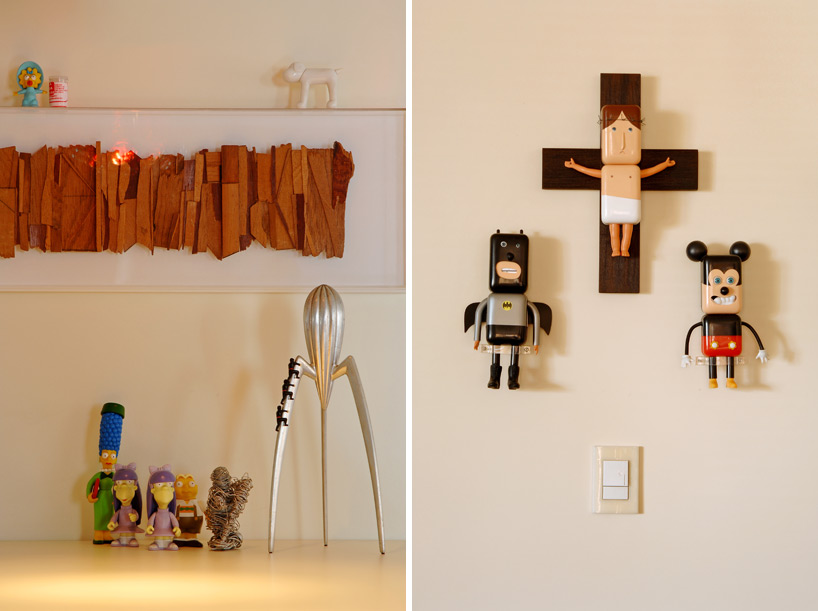 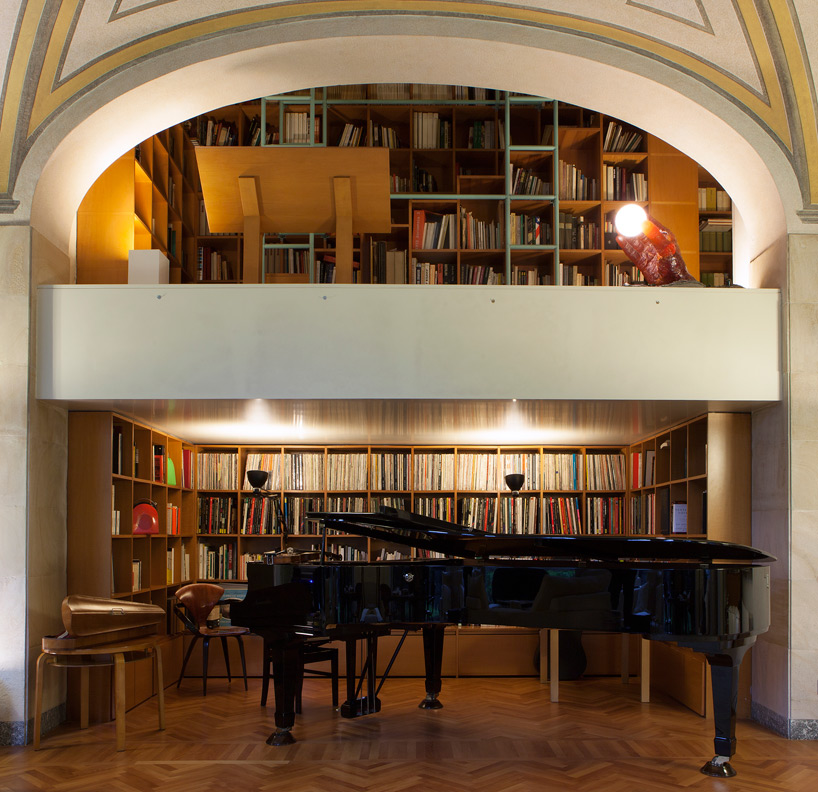 mario bellini’s proudly milanese home is located in a 19th century building, remodeled by piero portaluppi. its defining feature is a nine meter high library/staircase, which runs throughout the dwelling. 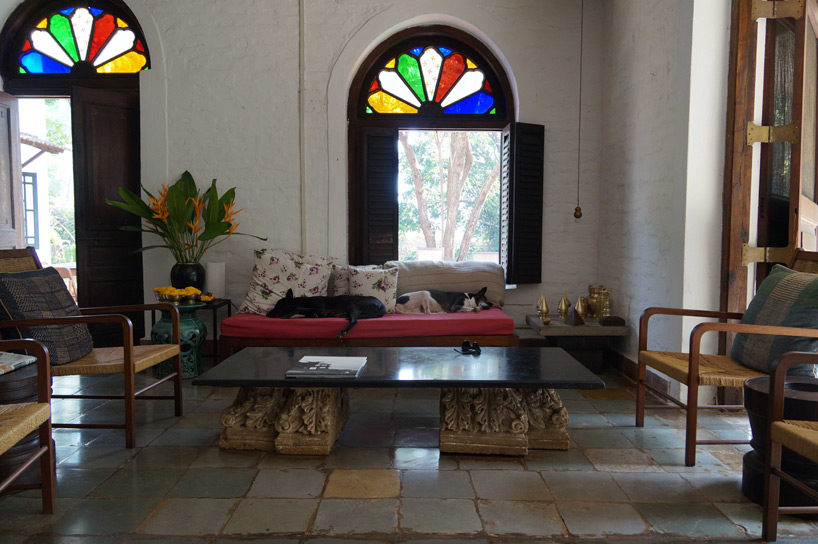 bijoy jain lives and works in a village immersed in the indian countryside, 30 kilometers from the center of mumbai. the home, which seemingly belongs to the entire community, features a large swimming pool set amid the ancient trees, while the reading room captures and tracks the day’s light and shadow movements.