exploring the possibilities of timber

the architects sought to create a balance between privacy and openness, all the while exposing the qualities of the material. much of the building’s original skeleton remains visible inside, generating an inviting and comfortable atmosphere with a low climate footprint. 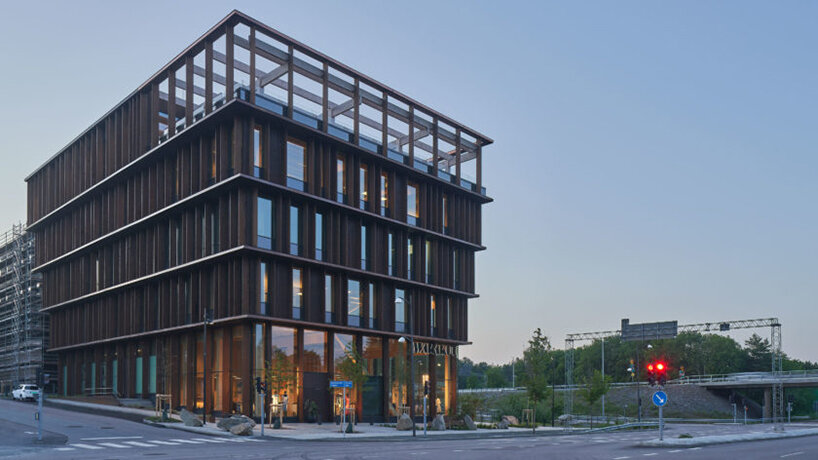 simple yet powerful aesthetics of the wood

aside from the advantages of wood contributing to a low climate footprint, it provides the building with simple yet powerful aesthetics. the internally visible frame and the facade clad in vertical slats add a warm touch and give a natural feel throughout the structure.

the ground level accommodates a retail space, and above are stacked four floors of office spaces that grow in size. in this way, the design of the building adds to a better indoor climate: the humidity levels and temperatures are more balanced, while the interior is protected from the harsh sun rays. however, plenty of natural light penetrates the building, generating a well-lit working environment. at the very top, white arkitekter (see more here) organized a lush roof terrace, including a spacious kitchenette that is accessible to all tenants. there, visitors can interact and rest, while enjoying the sweeping views opening towards the city. 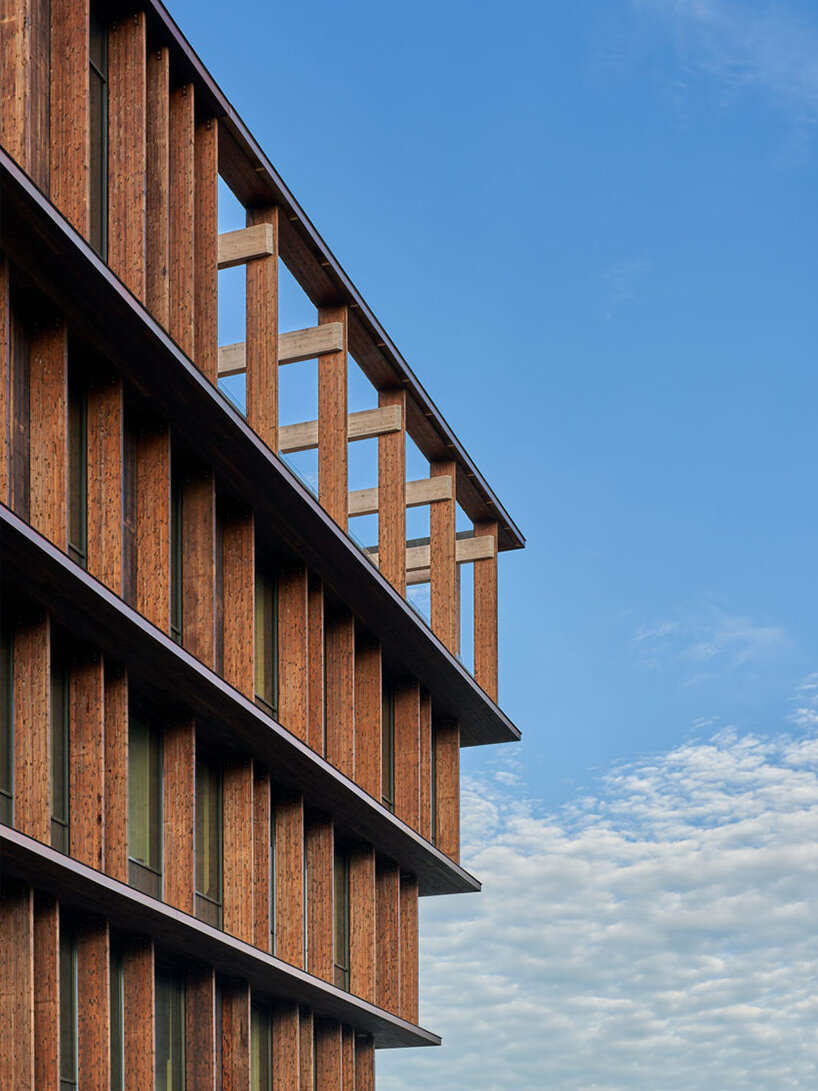 as its name reveals — ‘nodi’ means hub — the structure serves as a center in the district nya hovås and one of the area’s landmarks. ‘at the beginning of 2019, we were commissioned by the next step group to draw one of nya hovås’ landmarks. four floors of office space, on top of an entrance floor for shops and city life. the planned development around road 158 makes nodi the hub of the area, with a mixed city of homes, shops, and restaurants around it. the bold design has played a significant role in the occupancy rate of the client,’ mentioned the architects.

‘thanks to the close, ambitious and open collaboration between all parties, we have been able to develop a pioneering project that has resulted in gothenburg, and also one of sweden’s, first wooden office buildings,’ joakim hansson, responsible architect. 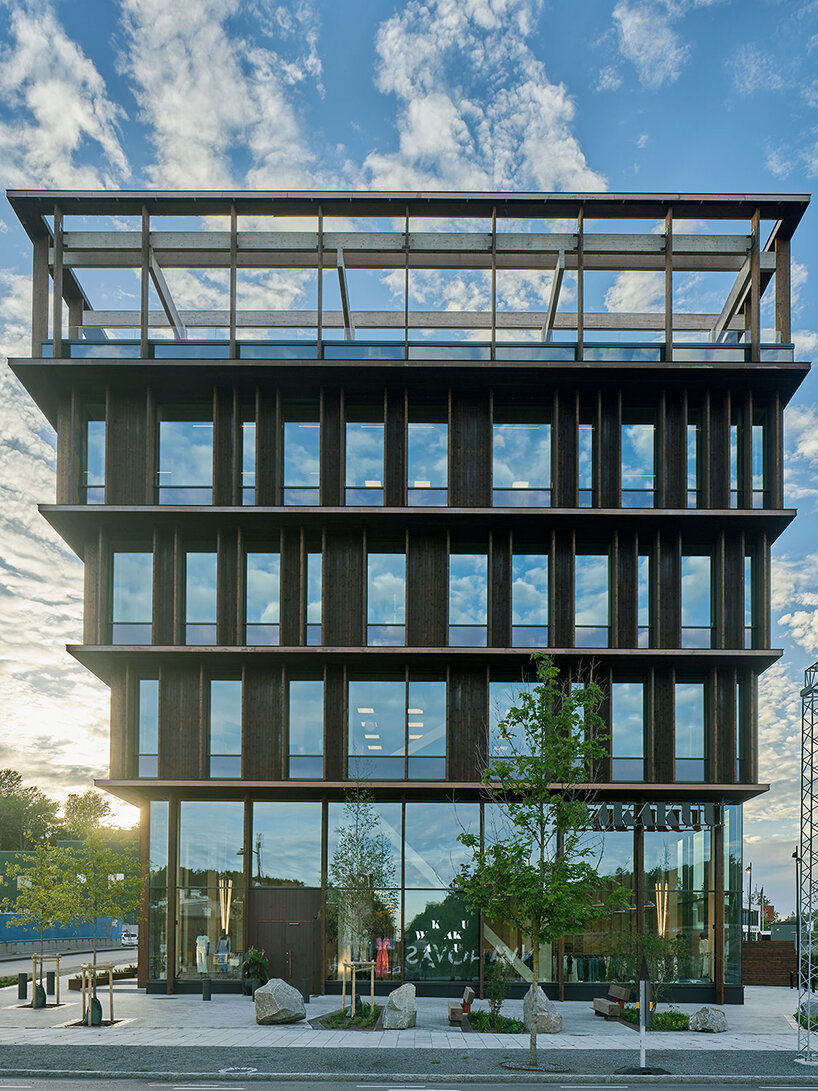 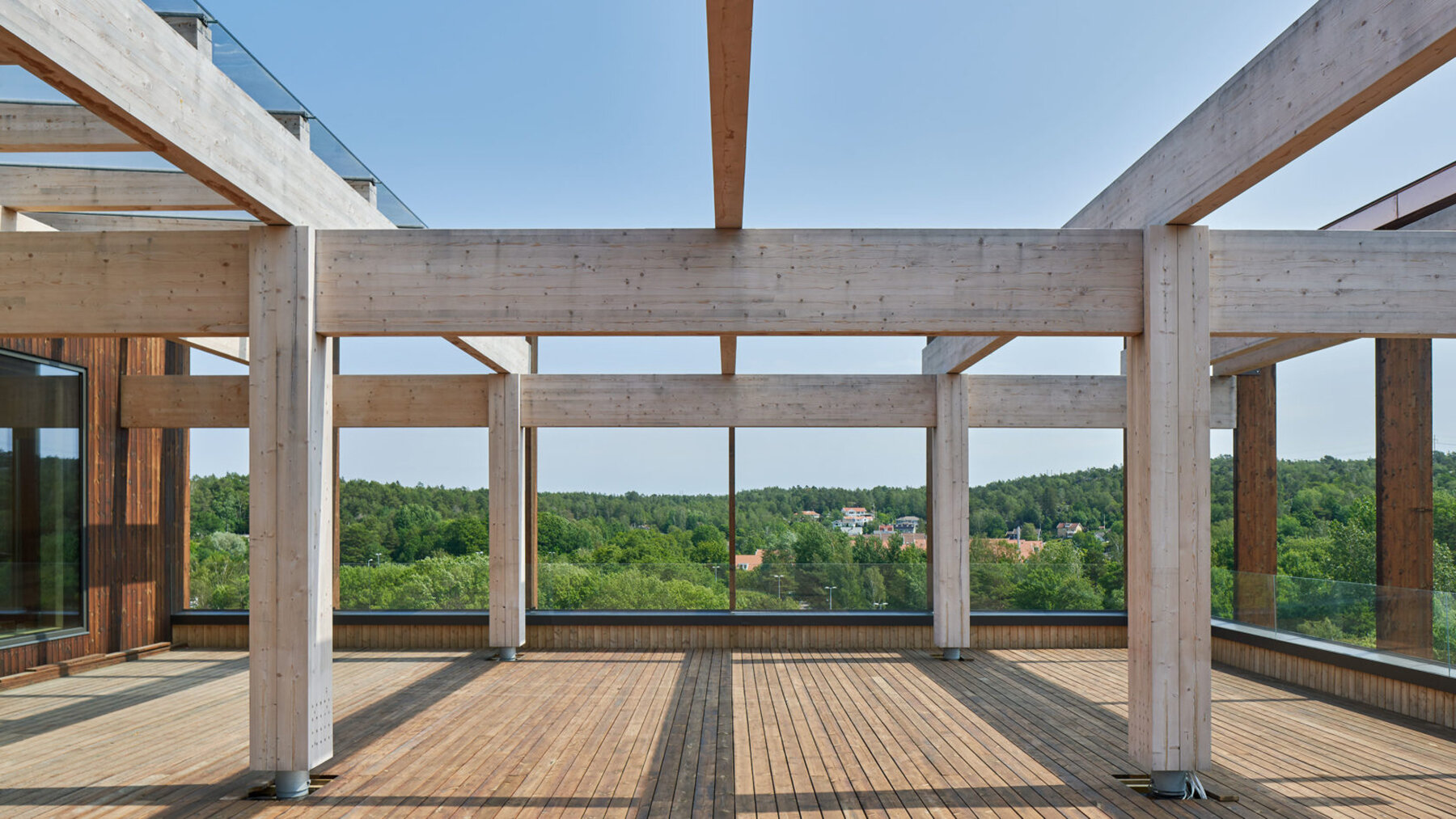 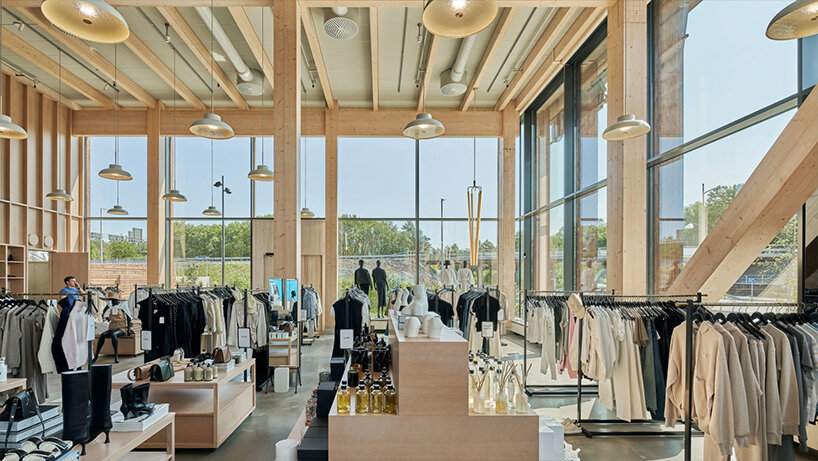 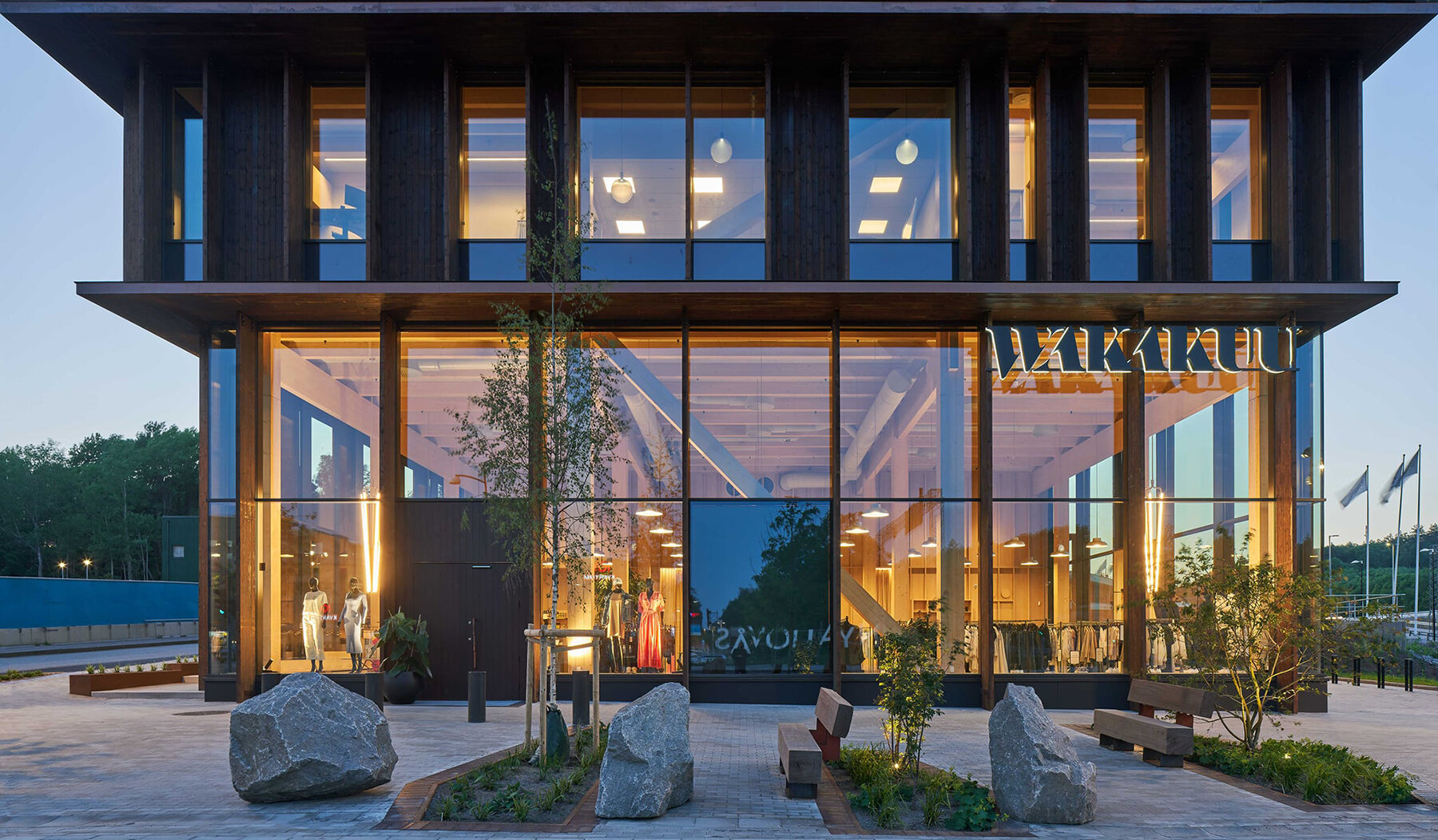 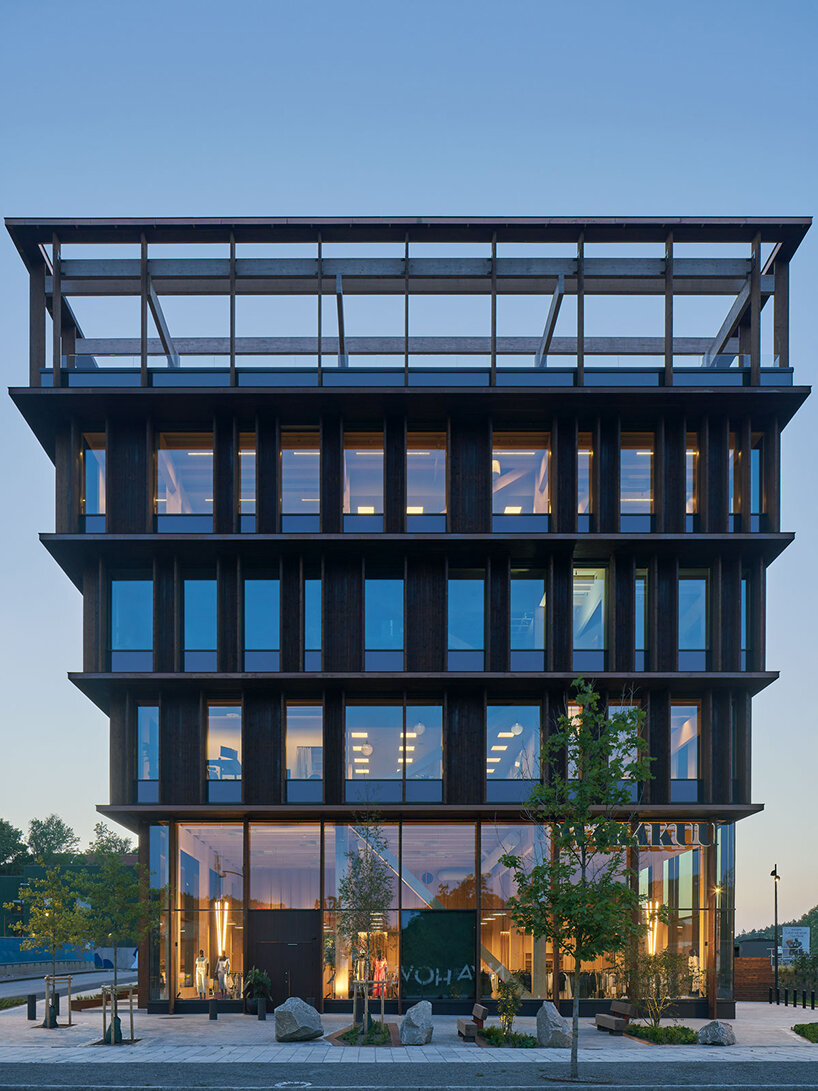 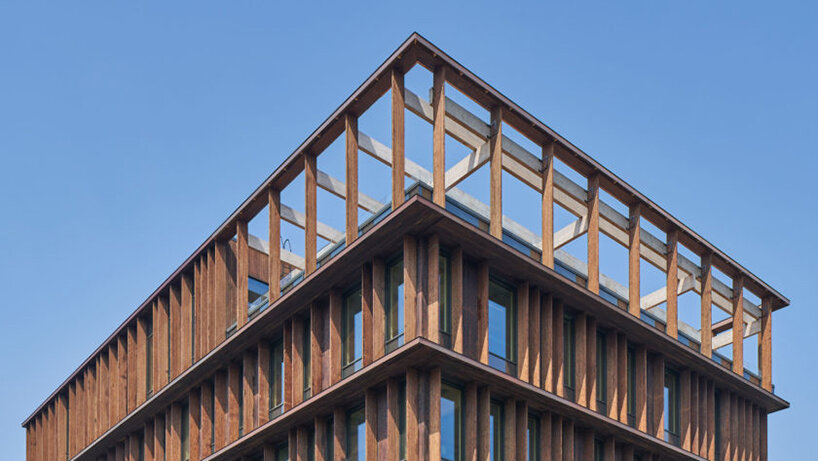 a real wooden feel inside and out 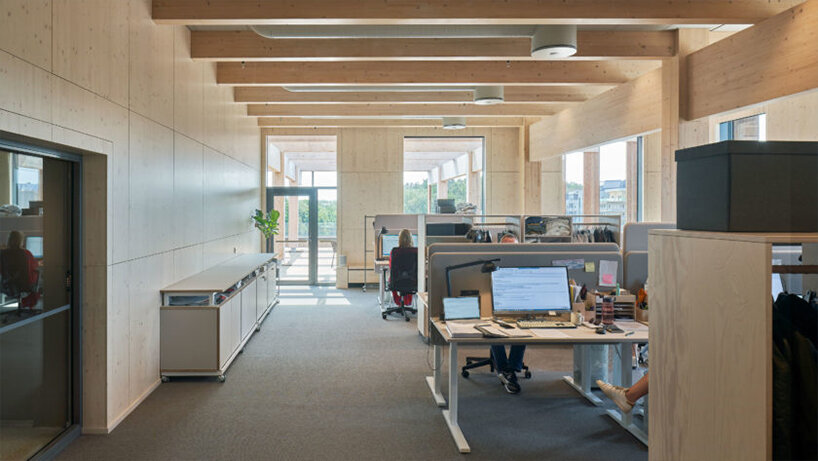