architecture practice, white arkitekter, has conceived a water tower design with a unique shape in the swedish city of varberg. as opposed to a traditional tower form, the project is articulated in the shape of an elongated stylised wave, creating in a new landmark for the area. 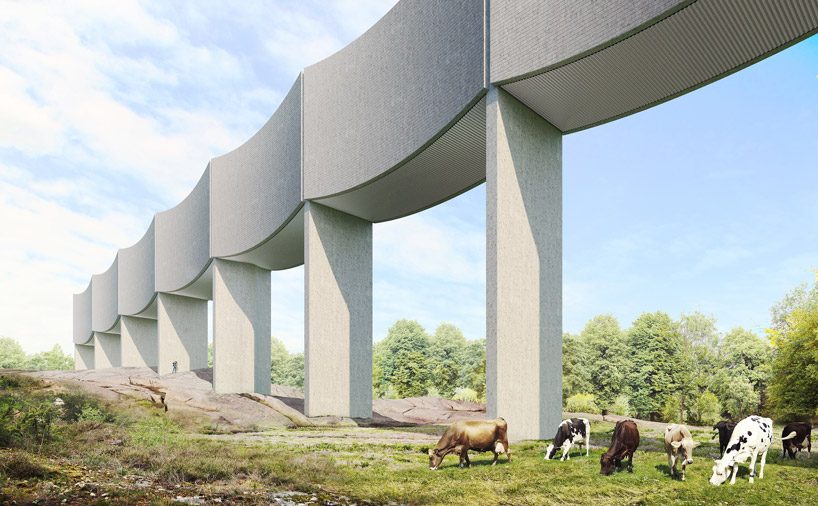 all images by white arkitekter

the design by white arkitekter represents the idea of fluidity, synonymous with the tower’s task of storing water. the striking geometry is also designed to be recognisable from afar across the landscape, while the horizontality complements the region’s flat topography. the positioning of the water tower is proposed to achieve a dramatic and sculptural silhouette. when viewed from the side elevation, people see a long and wide form, while appearing very narrow when experienced from the front. 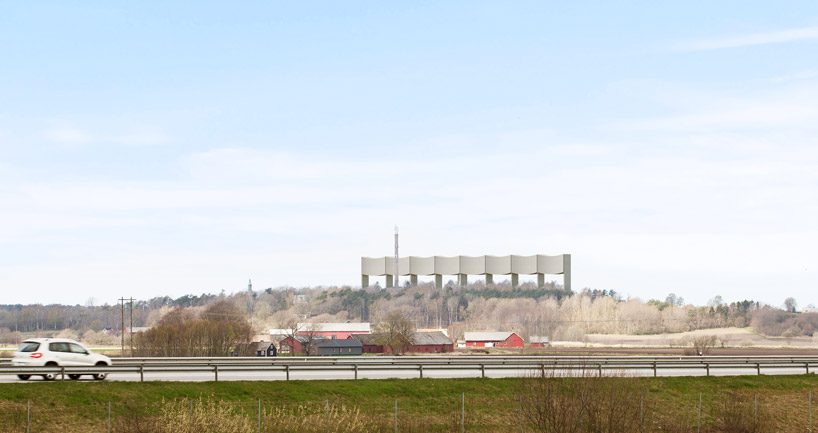 the stretched profile is created by placing two narrow cisterns one after the other horizontally. the resulting elongated shape is also a nod to the famous infrastructure in the area, as the landscape is characterized by the rows of wind turbines along the motorway that cut through the landscape and the multiple antennae of the long-wave transmitter at the UNESCO world heritage site, grimeton radio station. in essence, white arkitekter presents a new visual marker for varberg that passers-by can enjoy the smooth horizontal curvature of the façade. 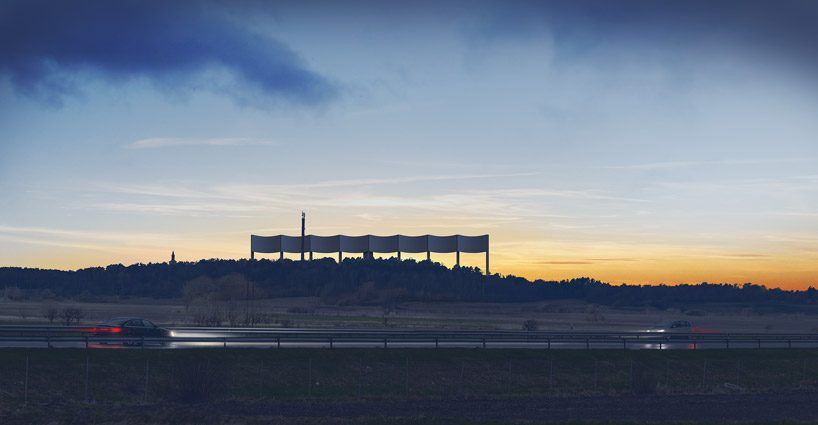 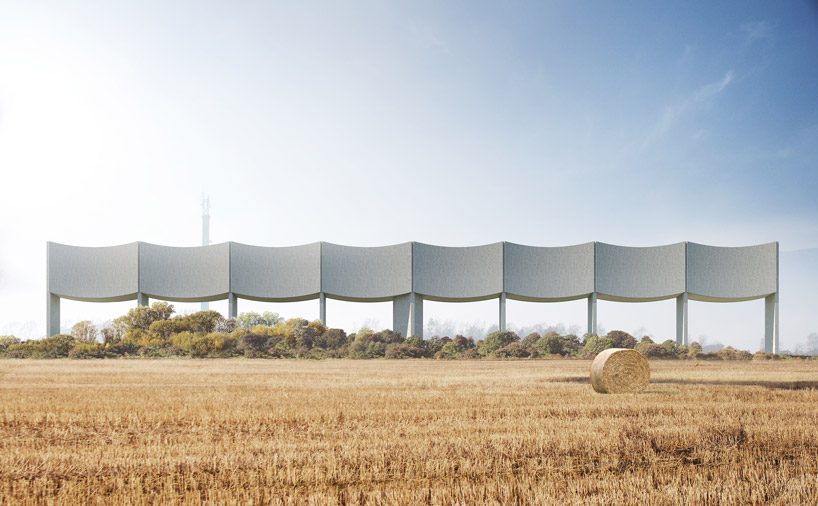 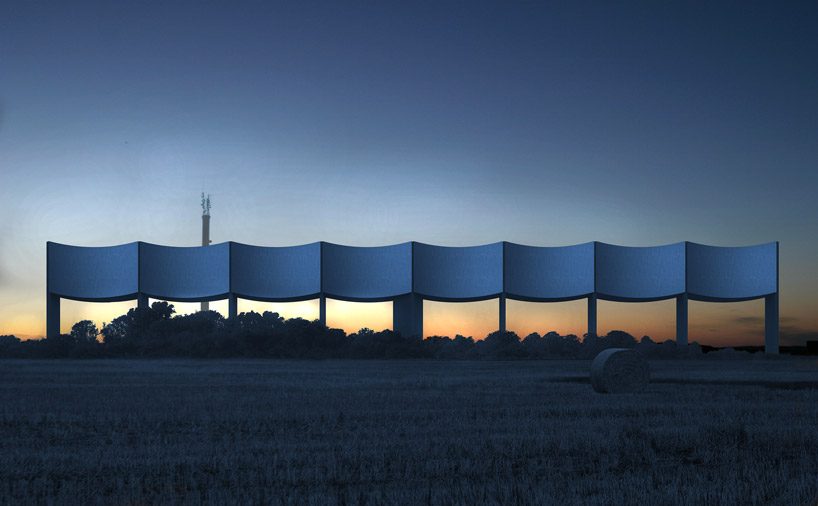 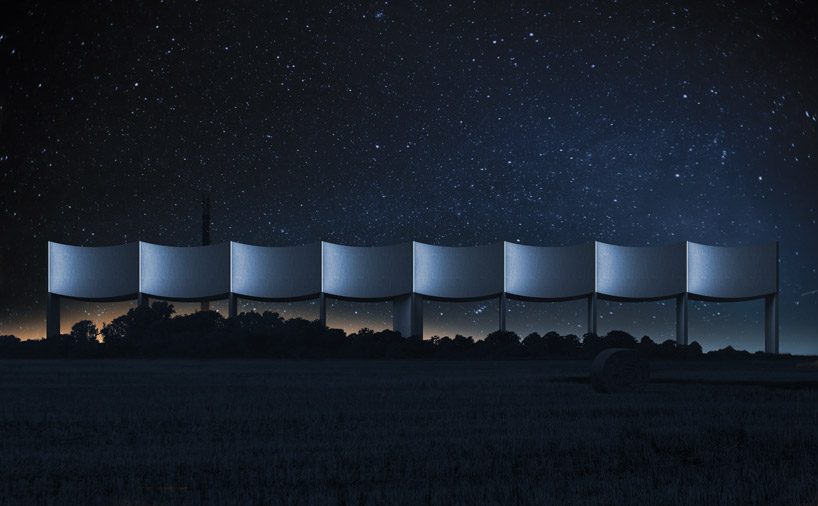 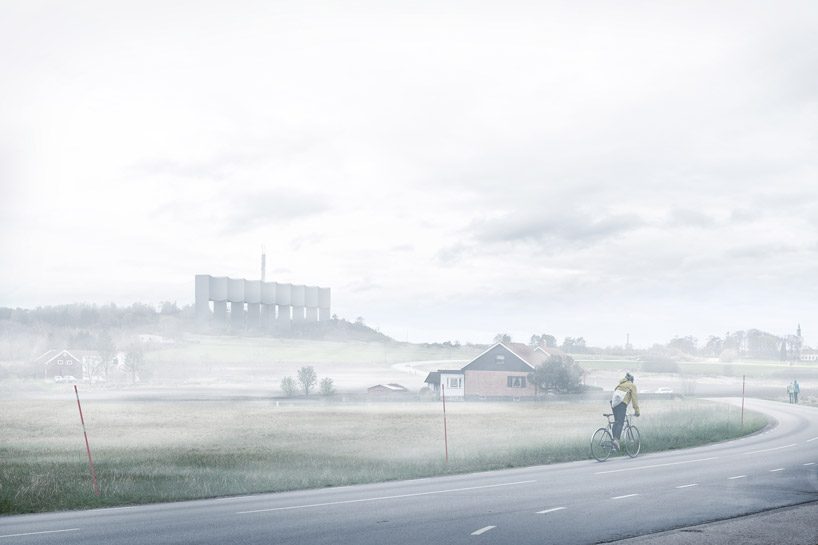 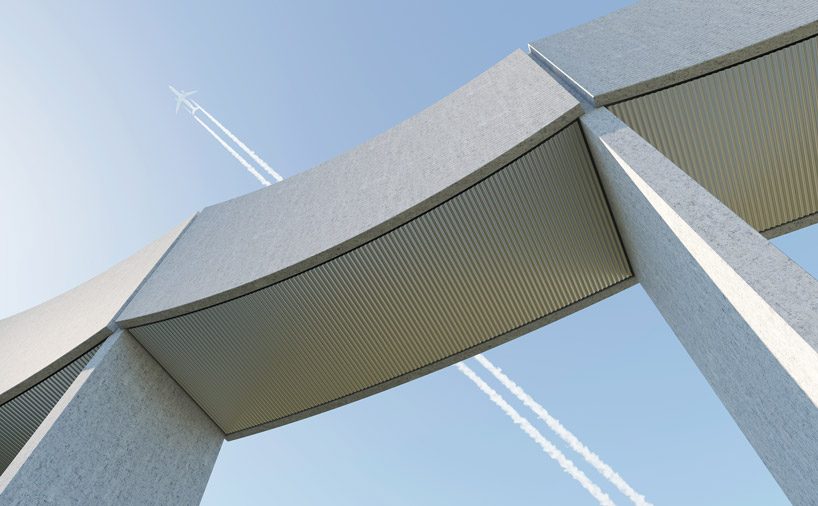 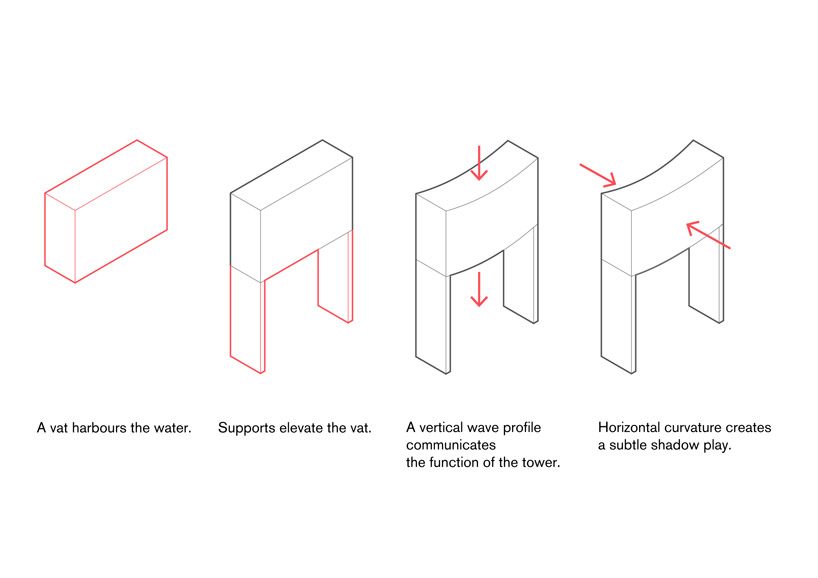 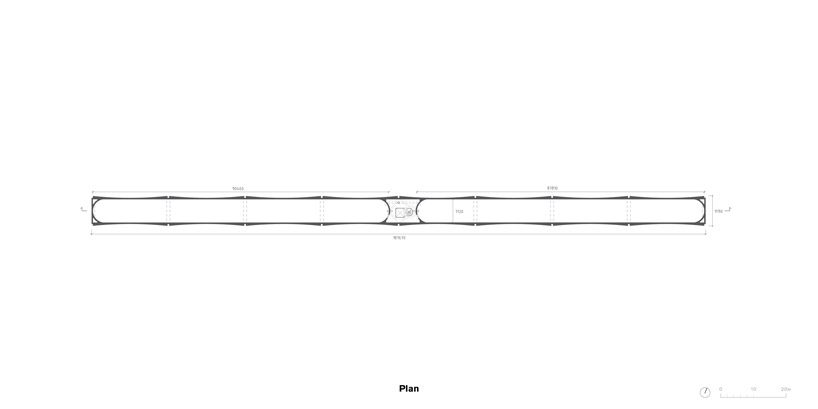 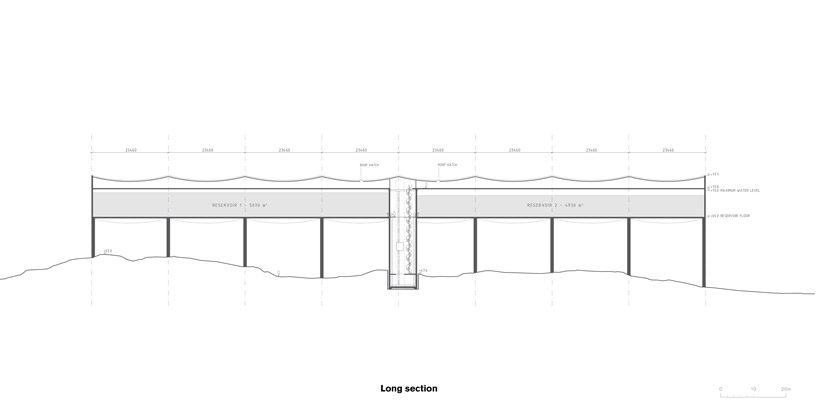 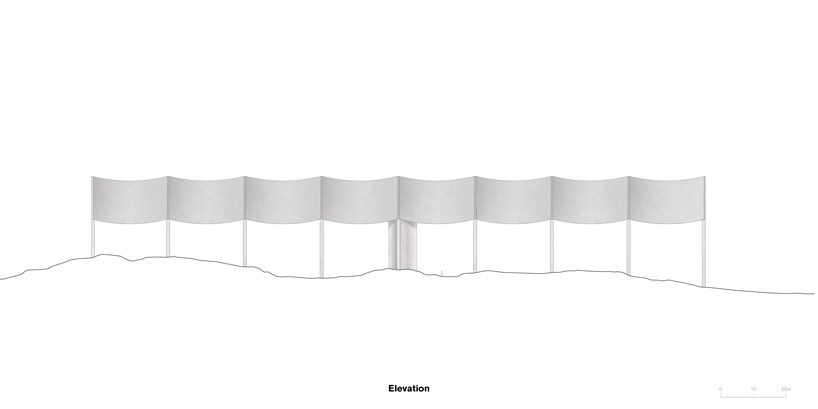 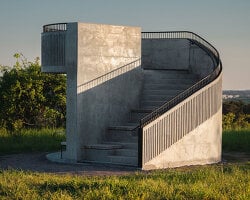 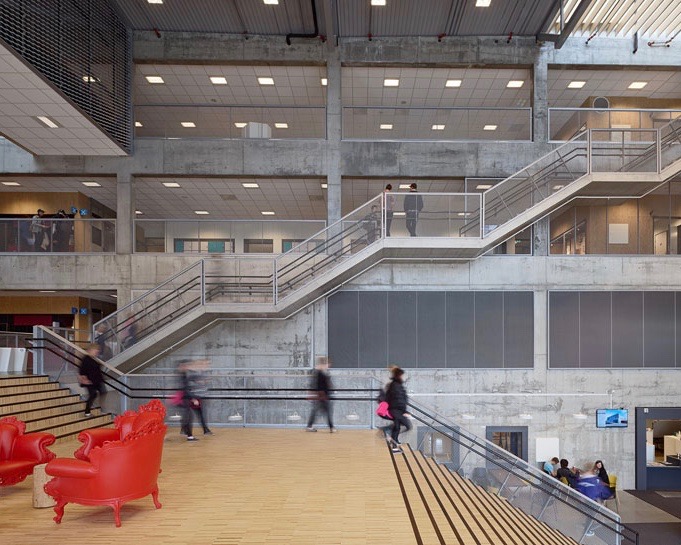