portuguese practice and-re architecture recently opened the ‘white wolf hotel’ in penafiel, portugal. the project encompasses the client’s alternative approach to life- a holistic architecture that embodies nature, peace, and reflection. by being broken up into several structures composed of simple geometries, the stark white buildings become a neutral backdrop to the environment, unobtrusive and clear. connected by partially subterranean pathways, the visitor is at once a part of the site as they are placed at a level where the subtleties of the topography and the scale of the surrounding trees can be understood. in keeping with the same approach, the ground level of each house is clad in a continuous glass band that anchors the constructs into the setting, floating the private living areas above. this space is to be used during the day as it succumbs to the changing qualities of light and subsequent exterior scenes.  the upper levels are to be experienced at night, with artificial lighting and large skylights above the beds presenting a tapestry of stars to the tired traveler. 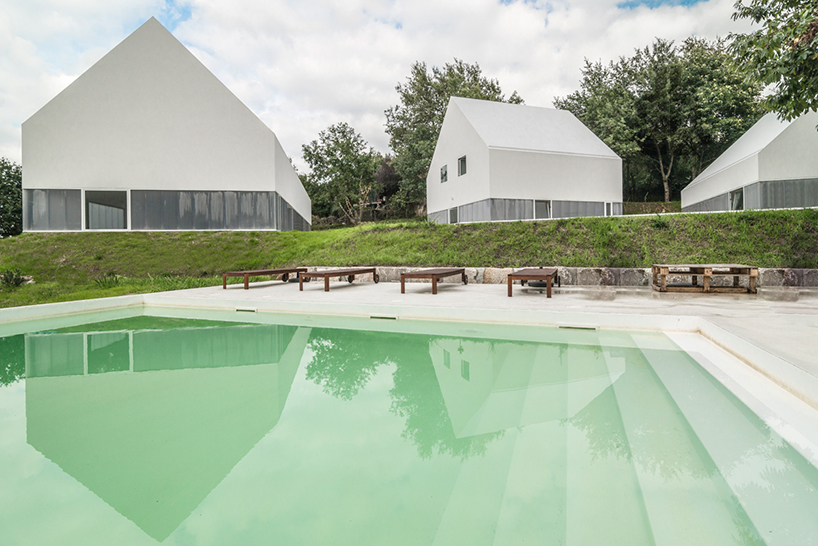 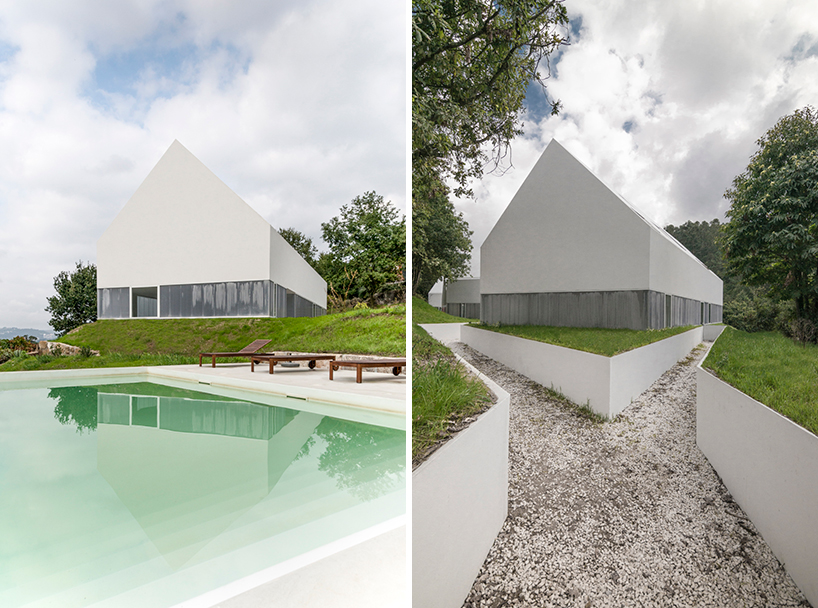 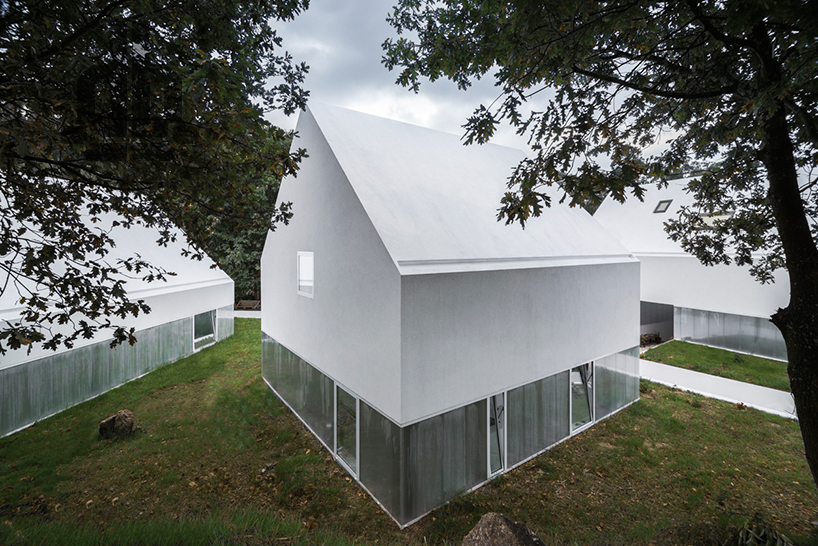 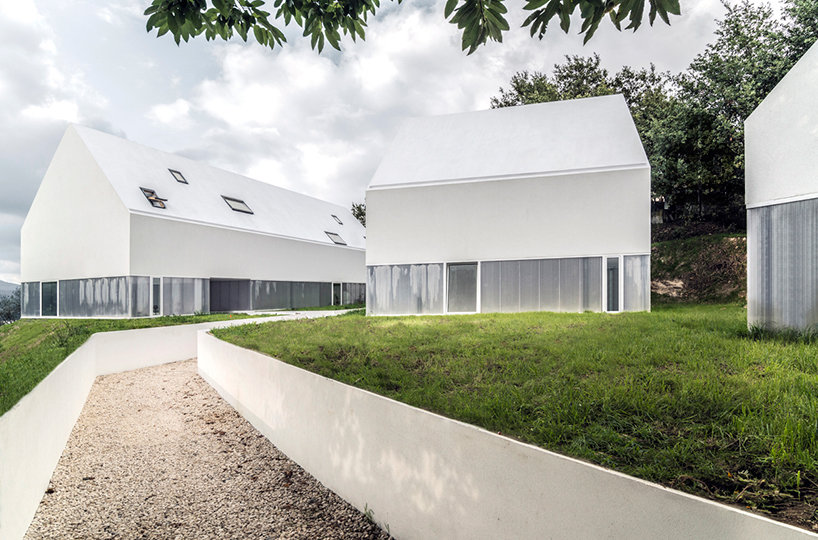 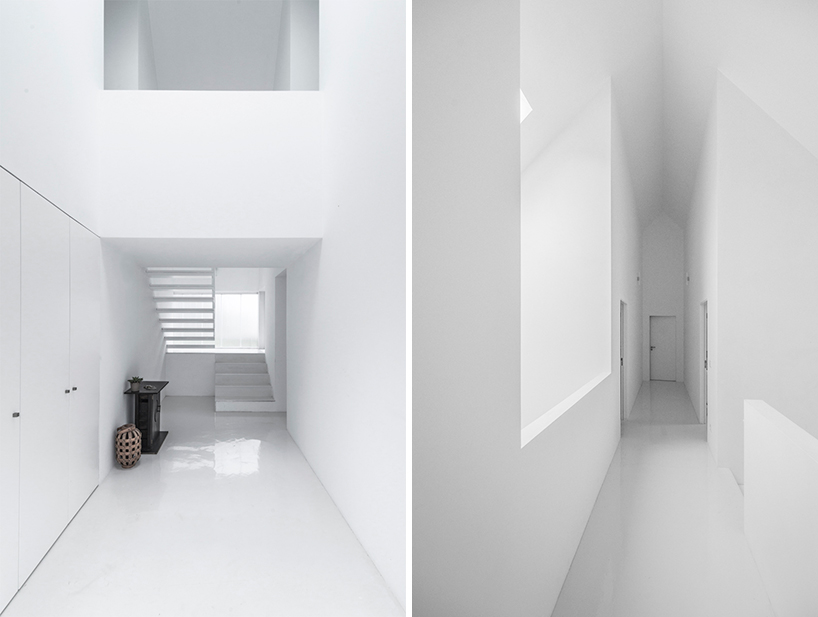 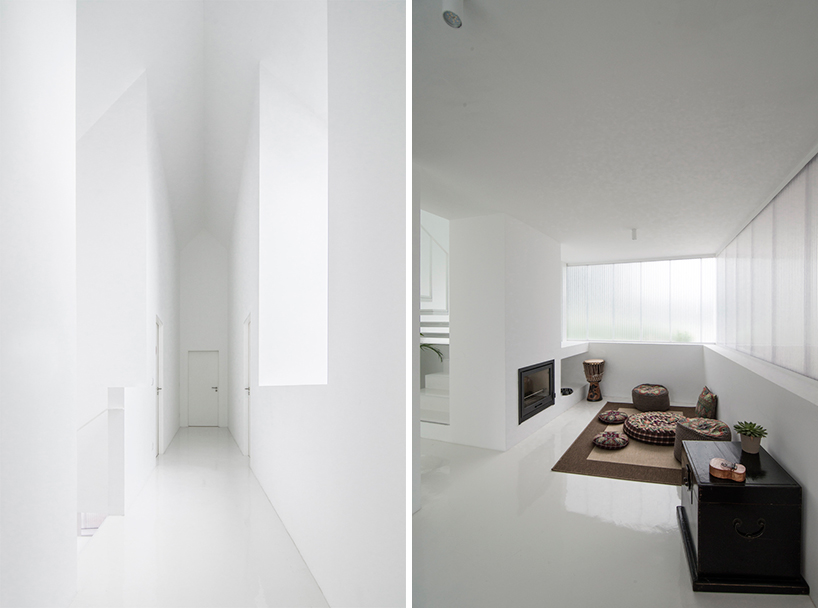 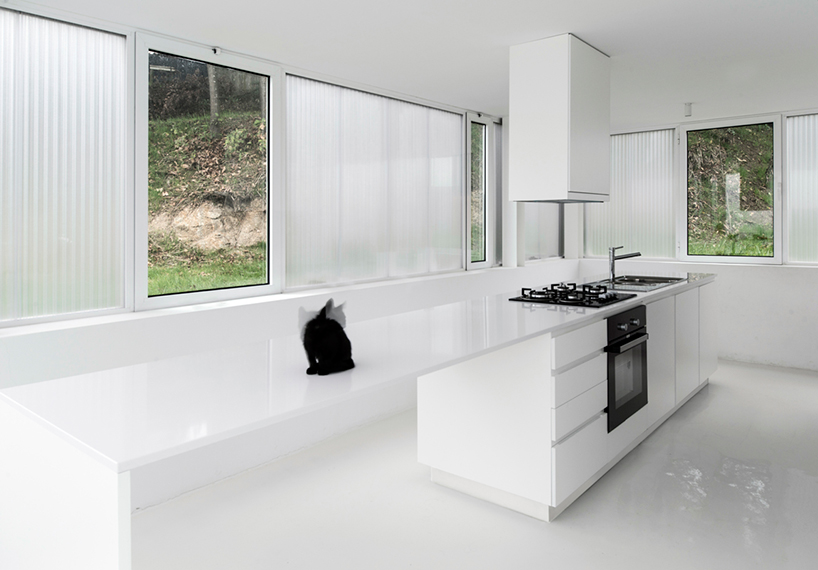 kitchen with direct views to the exterior
image © joao soares 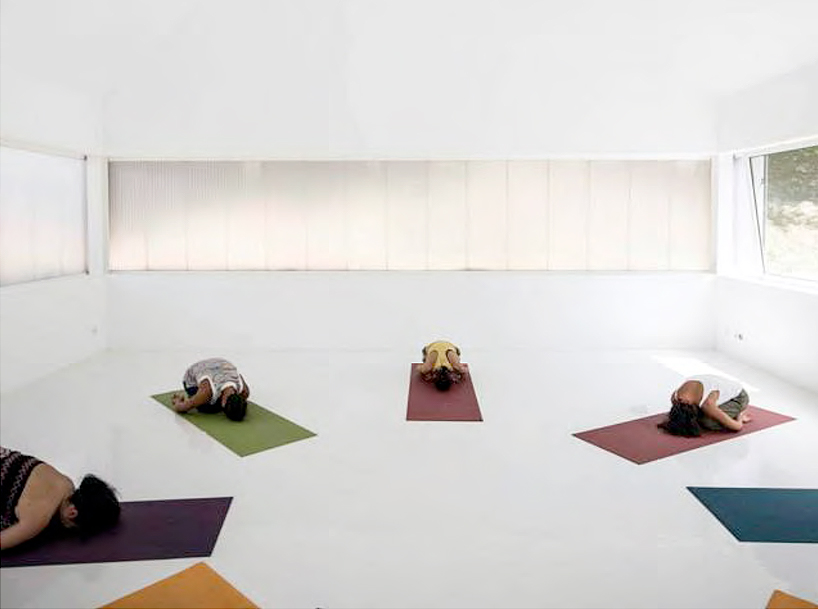 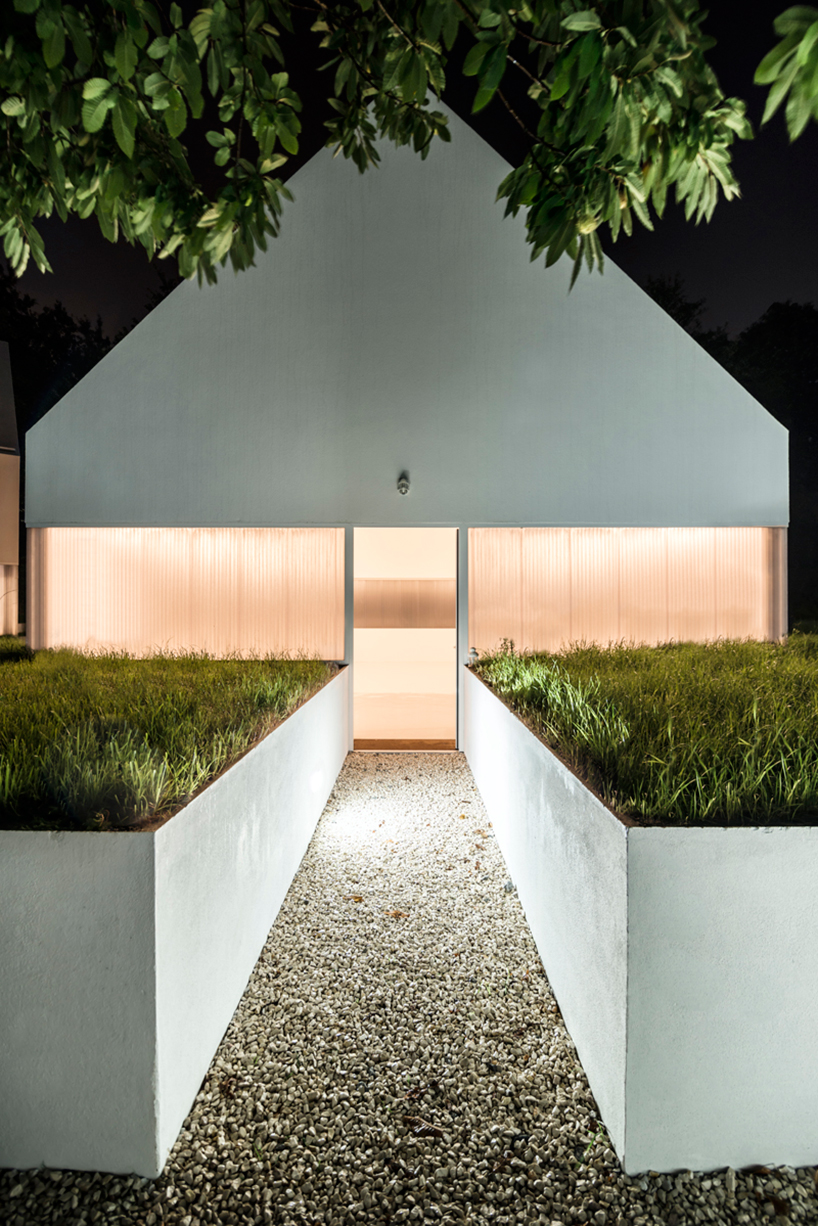 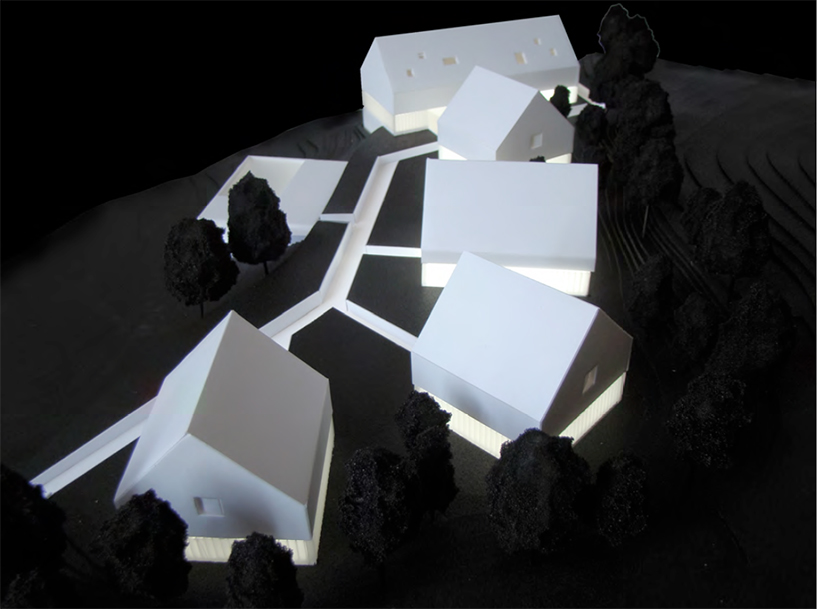 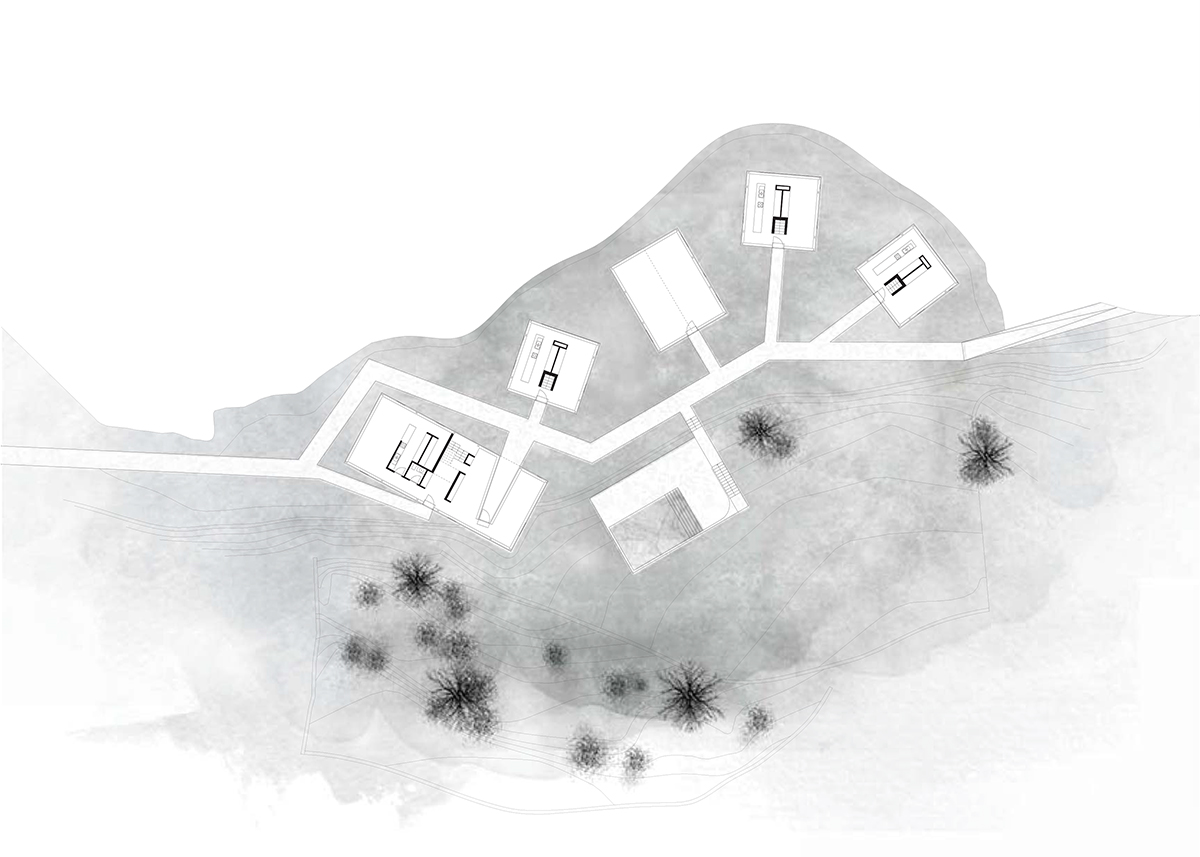 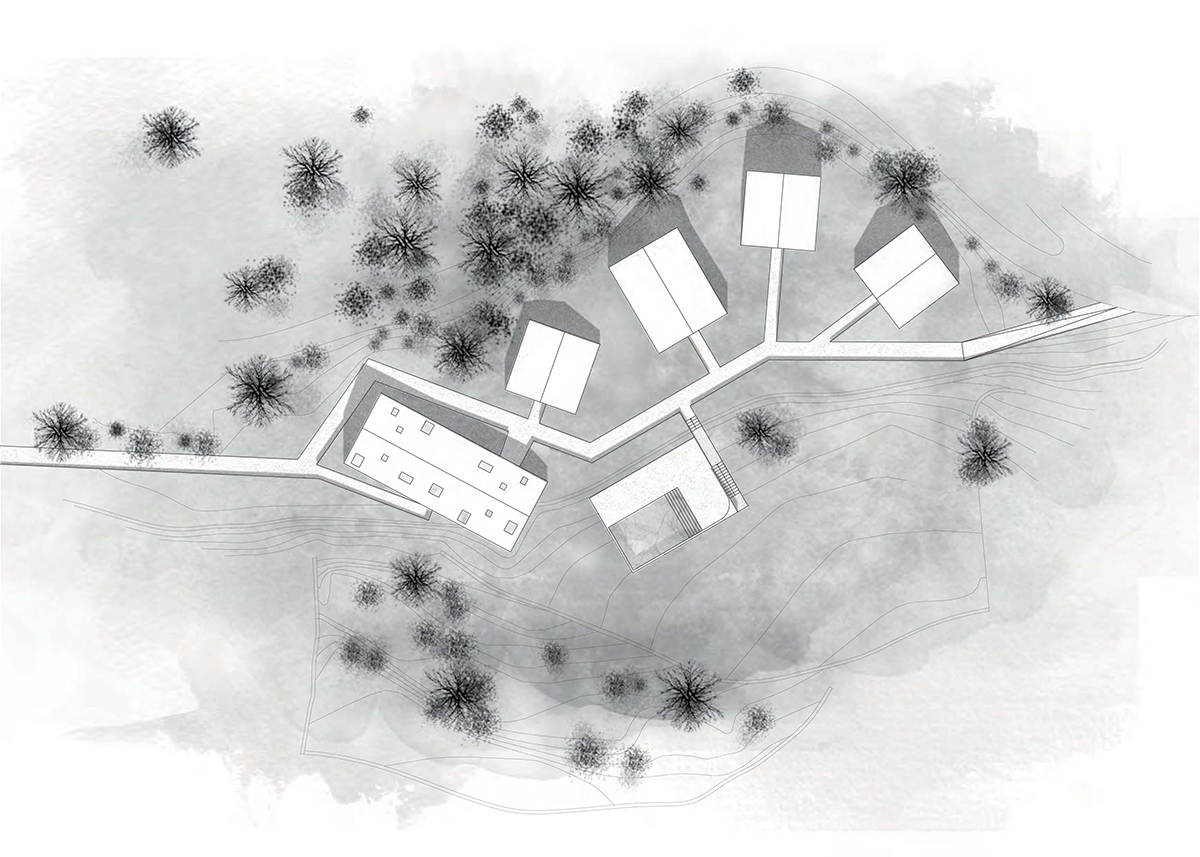 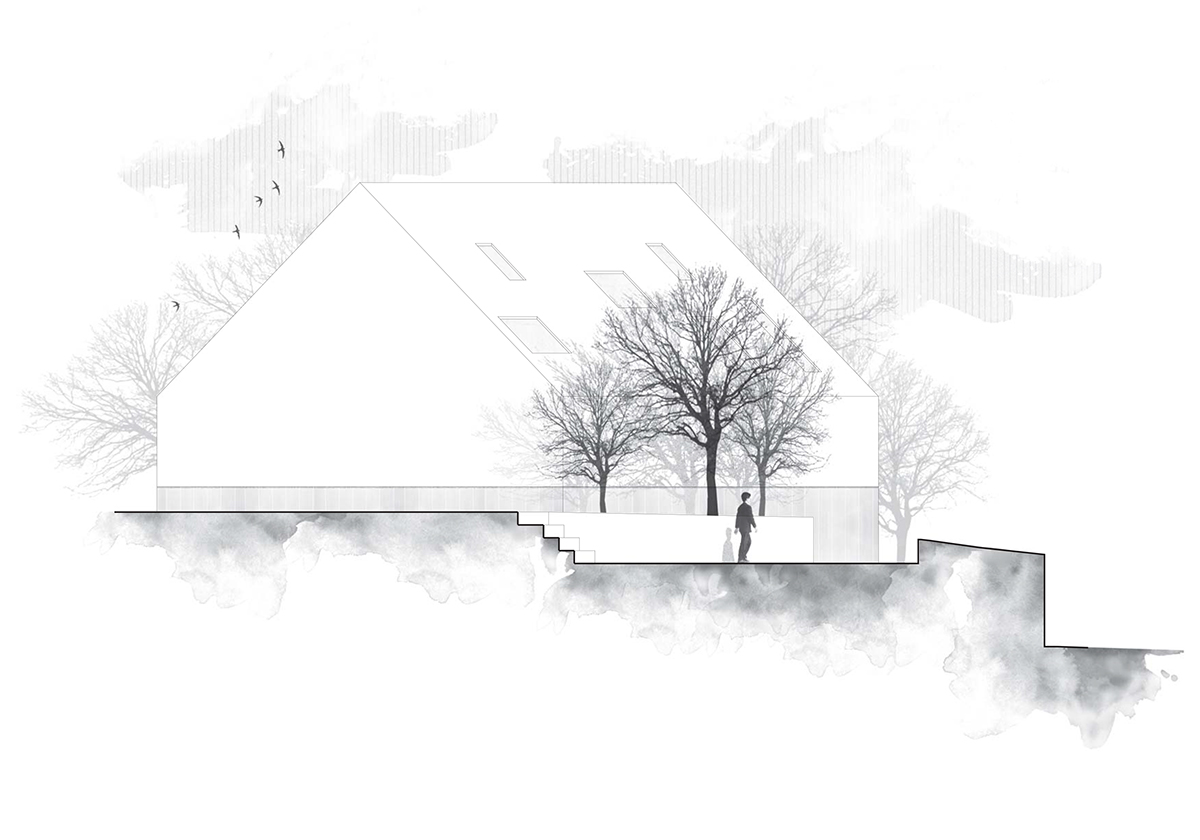 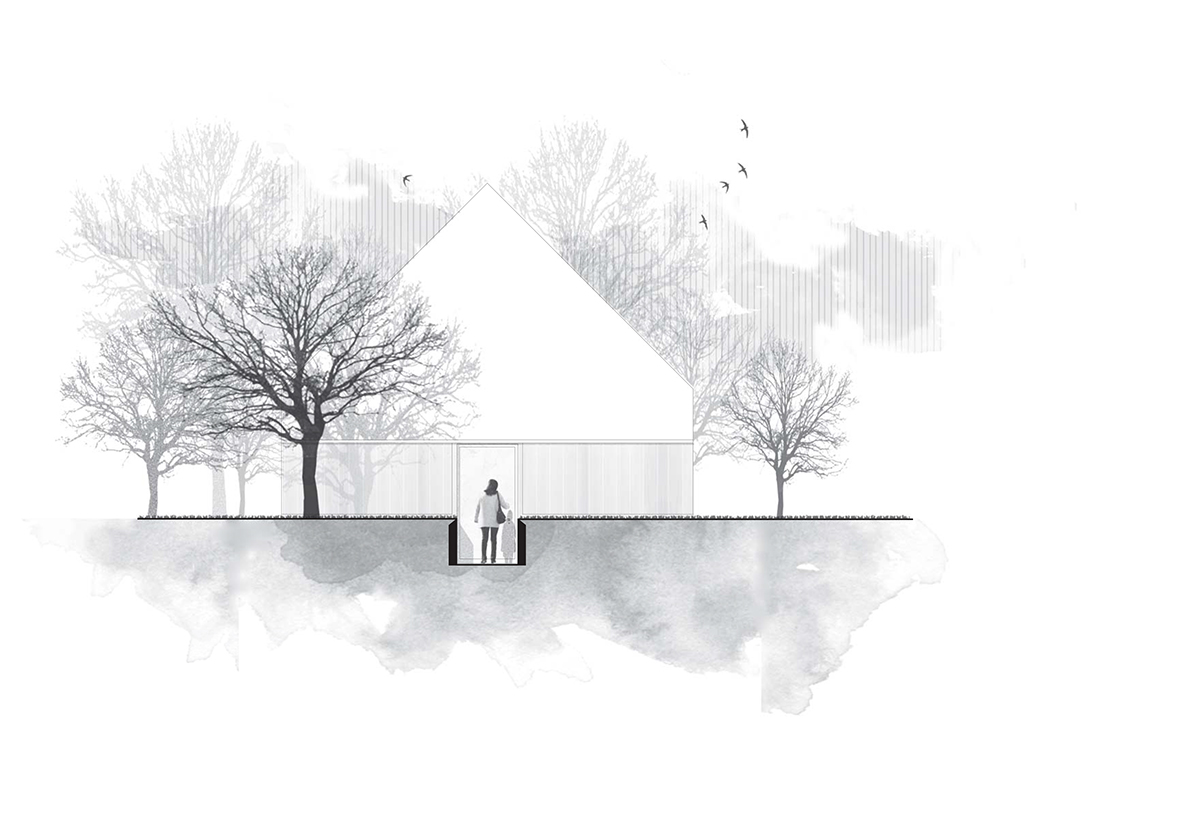 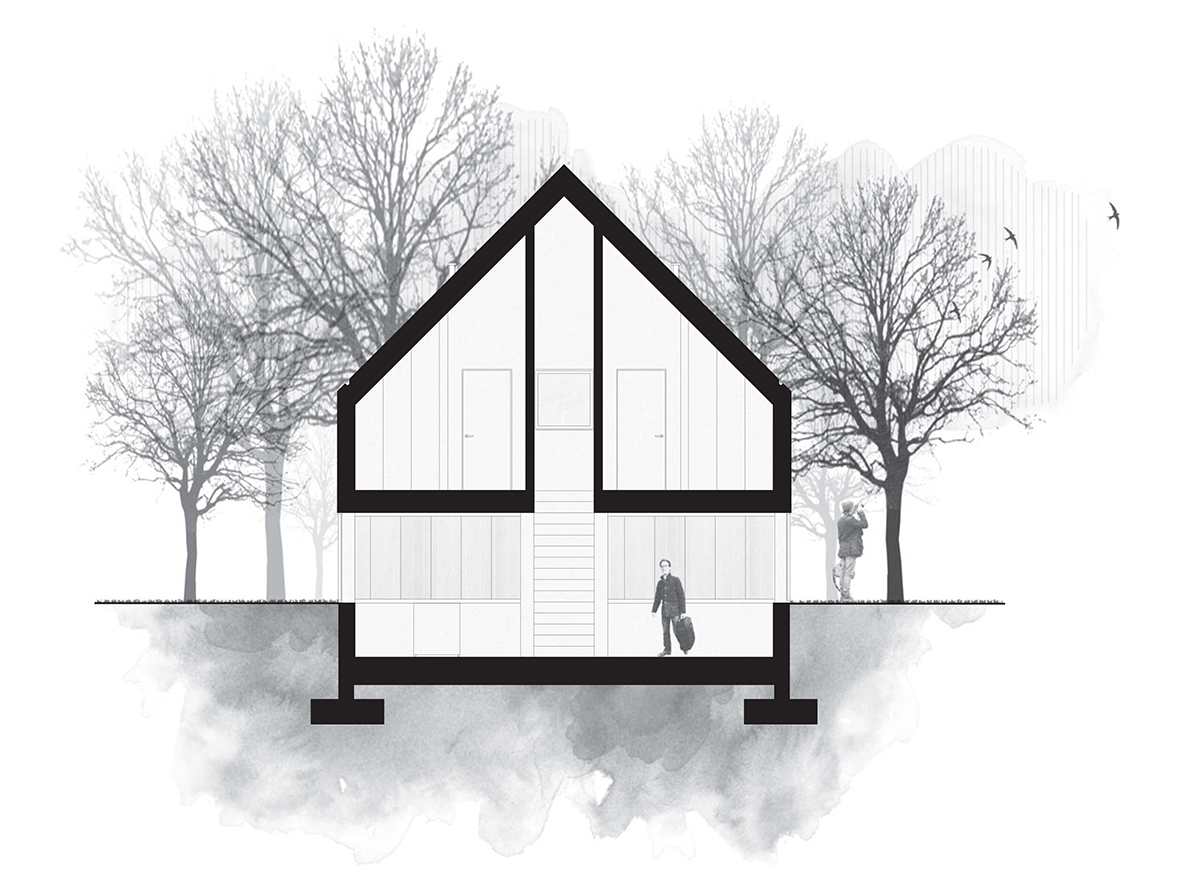