william / kaven architecture has unveiled proposed plans for the ‘broadway corridor’ in portland, oregon — a project that includes two soaring skyscrapers and an underground high-speed transportation hub. the conceptual scheme, which would provide approximately 5 million square feet of new development, consists of multiple high-rise buildings with a mix of uses that includes retail, office, hospitality, and residential. the development’s centerpiece is a pair of towers, the tallest soaring to a height of 970 feet (296 meters), linked by a glass-enclosed botanical bridge 680 feet (207 meters) in the air. 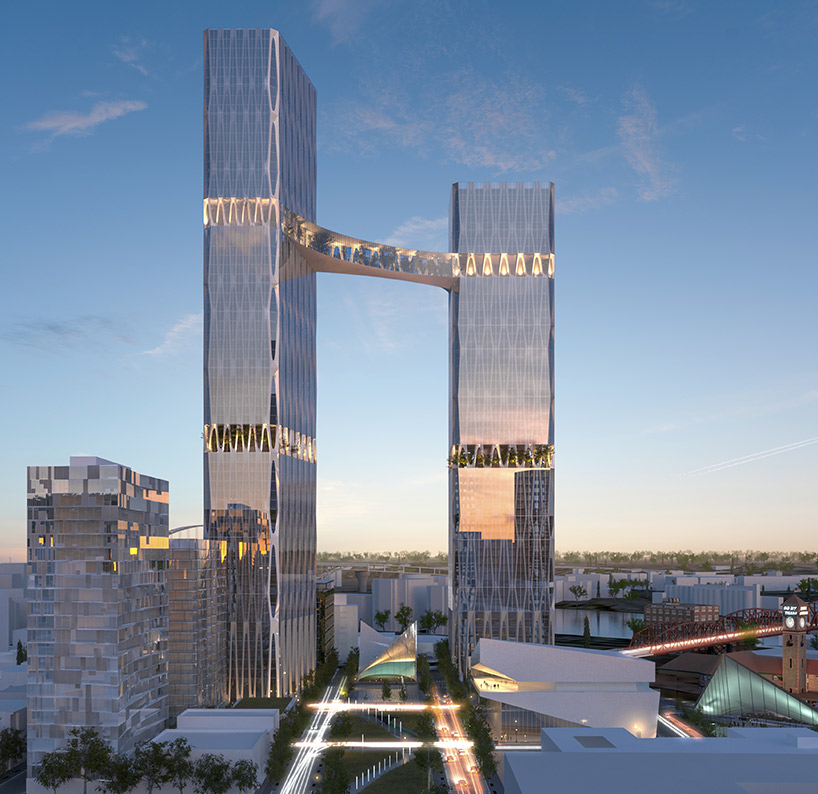 led by brothers trevor william lewis and daniel kaven, william / kaven architecture is a multidisciplinary design studio based in portland. in 2015, daniel kaven formed kaven + co. to facilitate in-house projects in conjunction with william / kaven architecture. kaven + co. submitted the proposed plan in early february 2017 in response to an request for quotation (RFQ) by the city of portland’s urban renewal agency, prosper portland. the agency is due to announce the shortlist in march. the proposal outlines a development model in which kaven + co. serves as master developer, working through the masterplanning phase to maximize the sale of the land by parceling it into program-specific development zones. 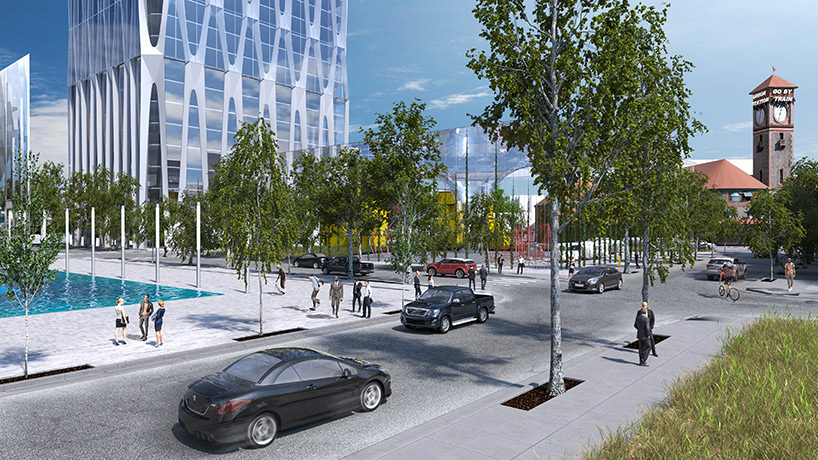 the concept reconnects portland’s union station to the pearl district by removing the broadway ramp — a gesture intended to create a pedestrian-centric district. meanwhile, another important component of the plan is a transportation hub for high-speed rail and underground mass public transit. ‘our vision is to develop an urban district capable of accommodating portland’s rapid growth and provide the building blocks of future transportation resources,’ says daniel kaven. ‘it is our hope to work with the city of portland and its stakeholders to fully realize a vision that will both be an architectural draw to portland and spur economic and cultural development far beyond the scope of the project.’ 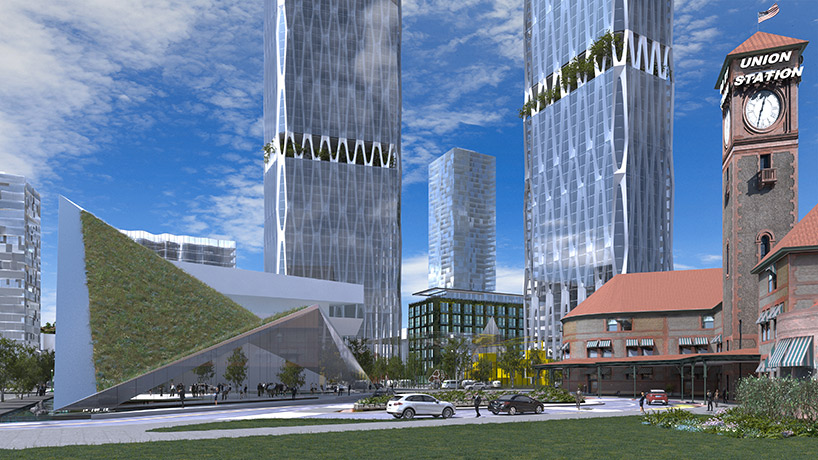 the design team says that additional buildings situated along the park would deliver a diversity of mixed building typologies, ranging from affordable to market-rate residential with ground-floor retail and office. other elements of the plan include four residential towers, an indoor market, a museum, and a block-long reflecting pool. in addition, a glass-covered park with play structures and food carts that could be enjoyed in all seasons would occupy the block between union station and the new district. 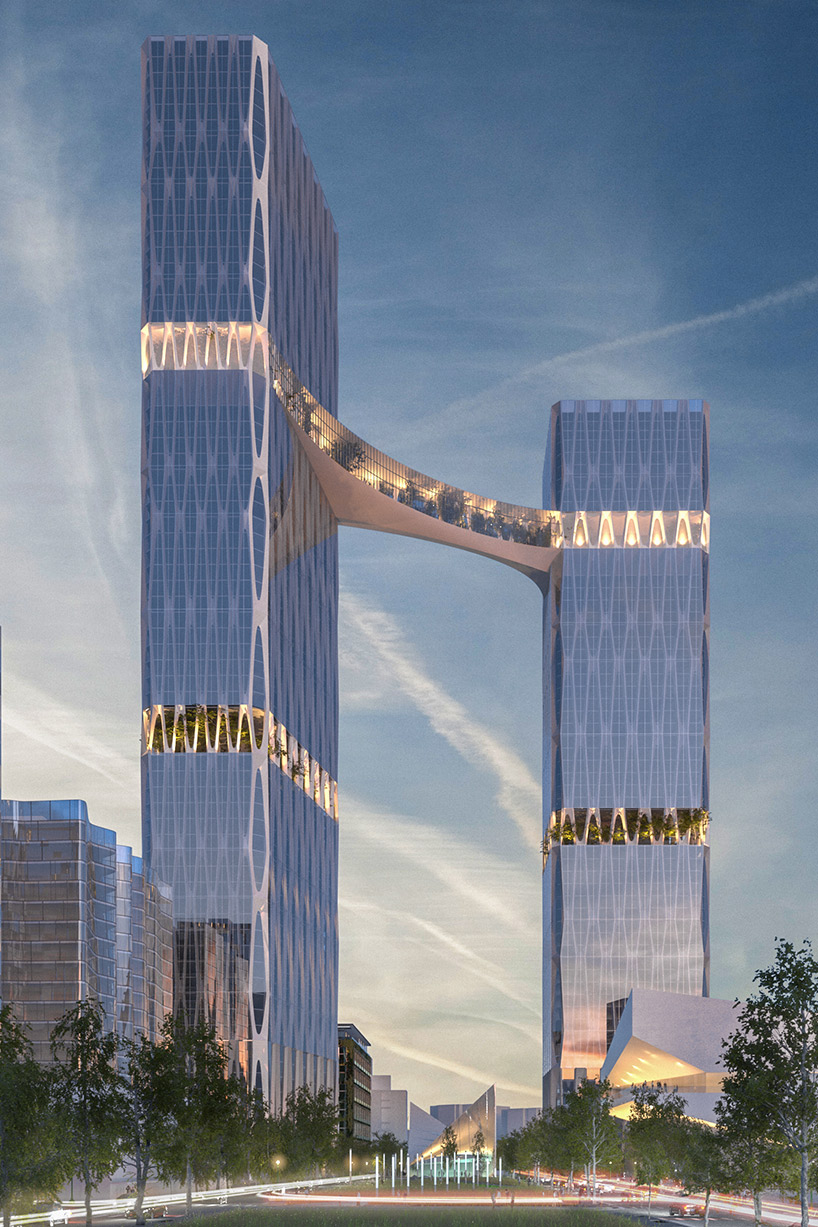 ‘it is our firm belief that development at this scale works best when executed by multiple hands,’ kaven continues. ‘successful cities are the sum total of a diversity of design and building typologies. it is our desire to help lead the grand vision of the district in tandem with the city and its stakeholders, but ultimately share the the load of the design and development. the combined experience and financial resources afforded by this multi-team approach will maximize proceeds to the taxpayers and foster a democratic vision and process. what we have put forth as a design concept is just the beginning.’ 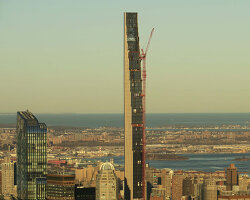 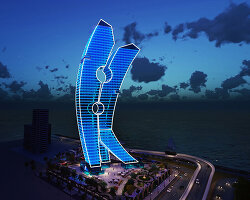 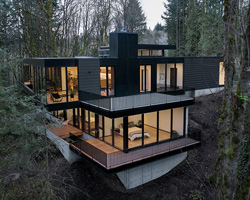 May 26, 2020
william / kaven completes 'royal', a remote residence in the forests of the pacific northwest

Apr 11, 2021
snøhetta's michelle delk on the skill of site planning + appreciating the architectural journey
'working together from the beginning is a way to see the world through someone else's eyes, to establish shared goals, to unearth opportunities, and ultimately, to offer new outcomes,' delk tells designboom.
architecture
91 shares
connections: +340