located in north china’s shanxi province, ‘wutai mountain theater’ forms a series of ascending volumes capable of accommodating 1,600 spectators at any one time. designed by the beijing institute of architectural design (BIAD), under the direction of zhu xiaodi, the building’s form and detailing corresponds with its surrounding mountainous environment. rather than attempting to replicate one of the region’s many temples, the architects sought to create a new type of sacred structure that evoked a dynamic sense of movement.

the entire theater was designed specifically for a performance piece by acclaimed director wang chaoge. the work leads visitors through a winding series of sequential spaces that have been configured to offer ‘interactive enlightenment’. each scene is designed to evoke specific life moments, with guests progressing through the building until reaching a stage where they are surrounded by other ‘performers’.

the building is located in north china’s shanxi province 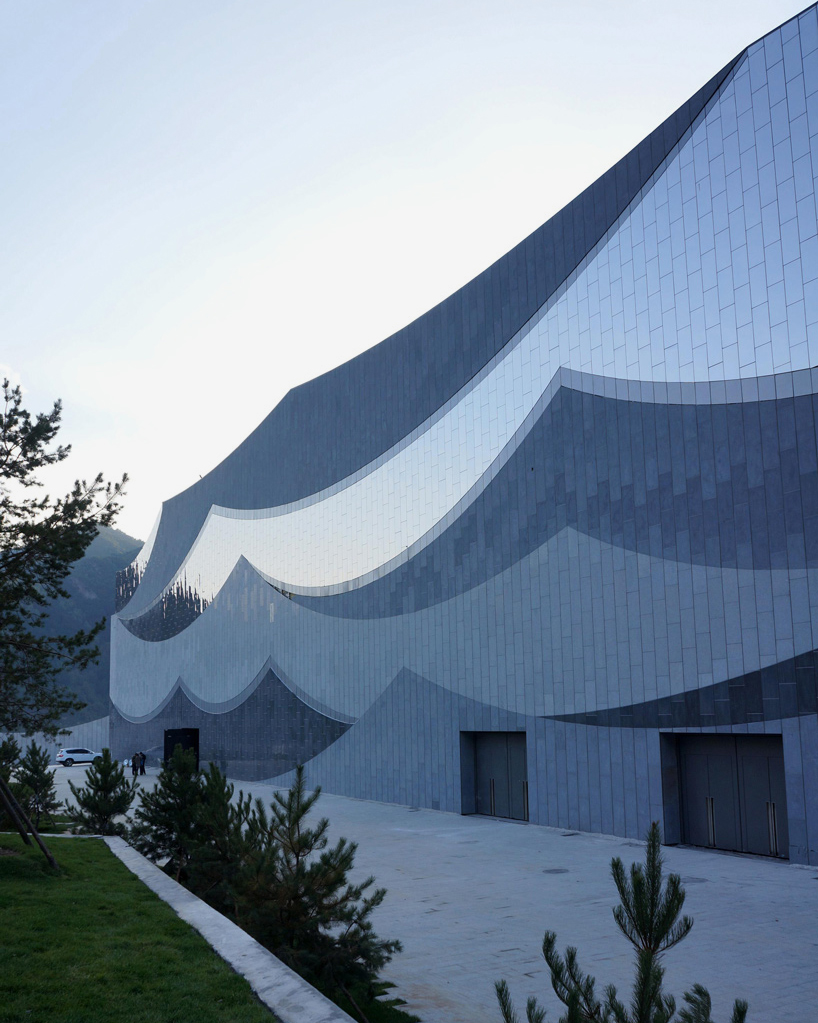 the large scheme is capable of accommodating 1,600 spectators at any one time 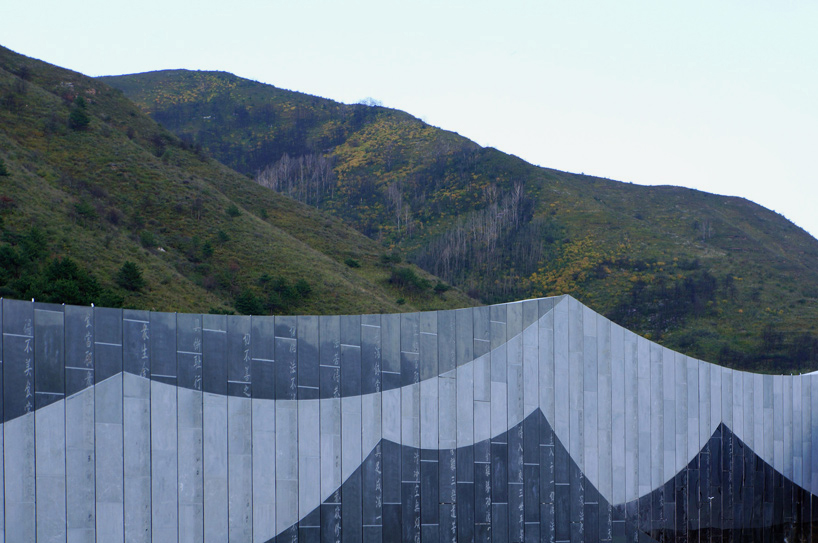 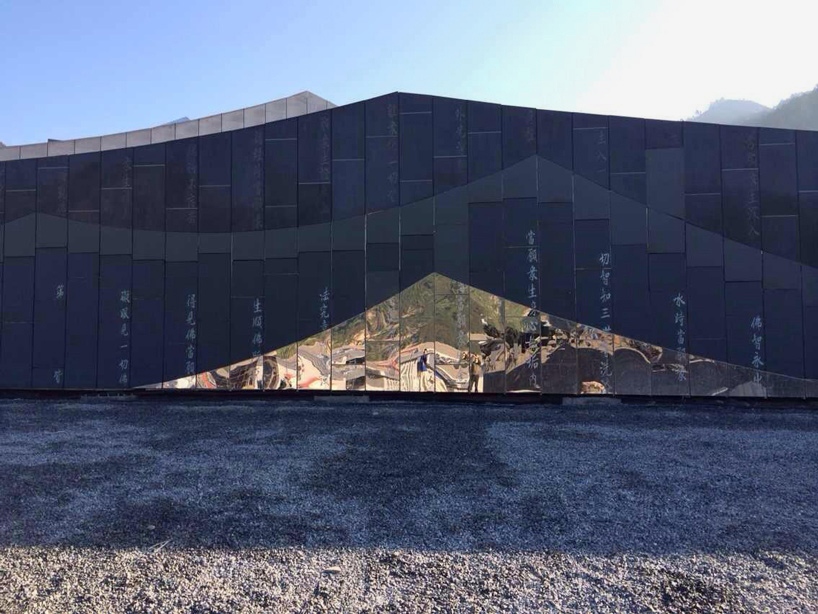 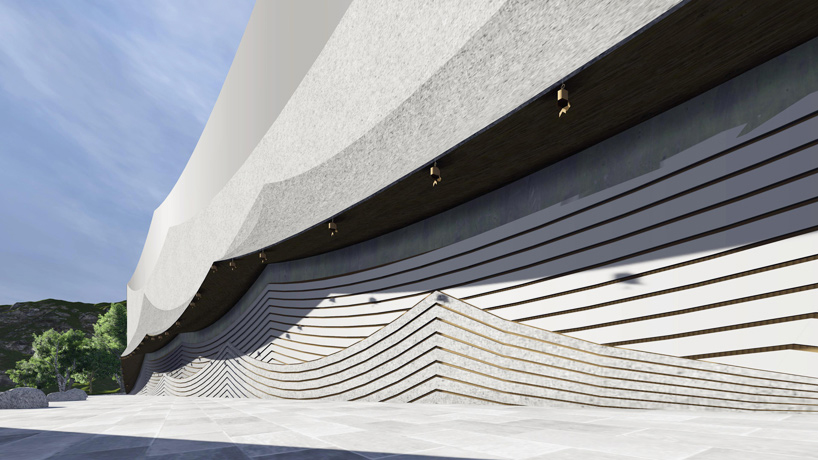 the undulating pattern continues throughout the design 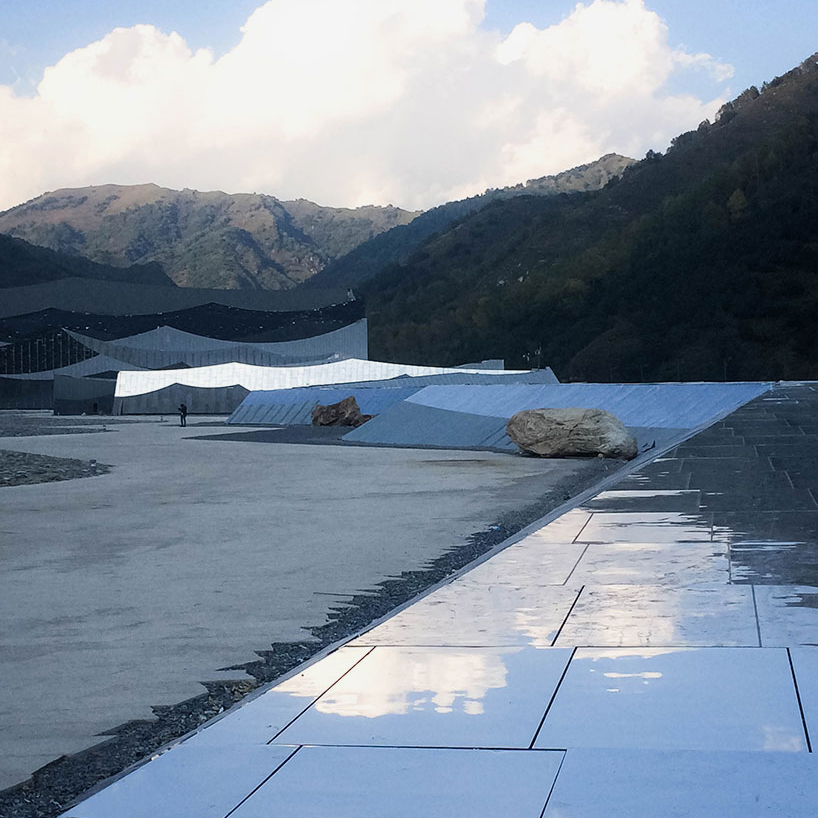 the approach to the theater 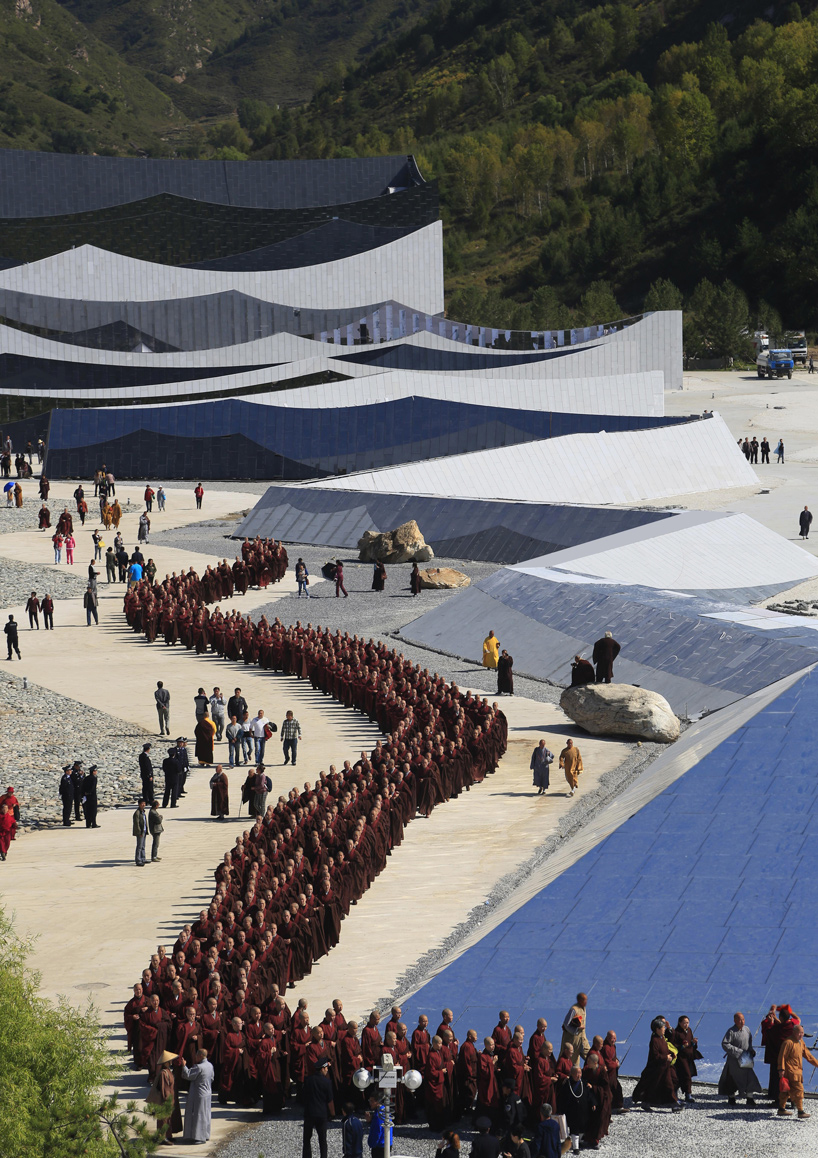 the building serves as an important place of pilgrimage 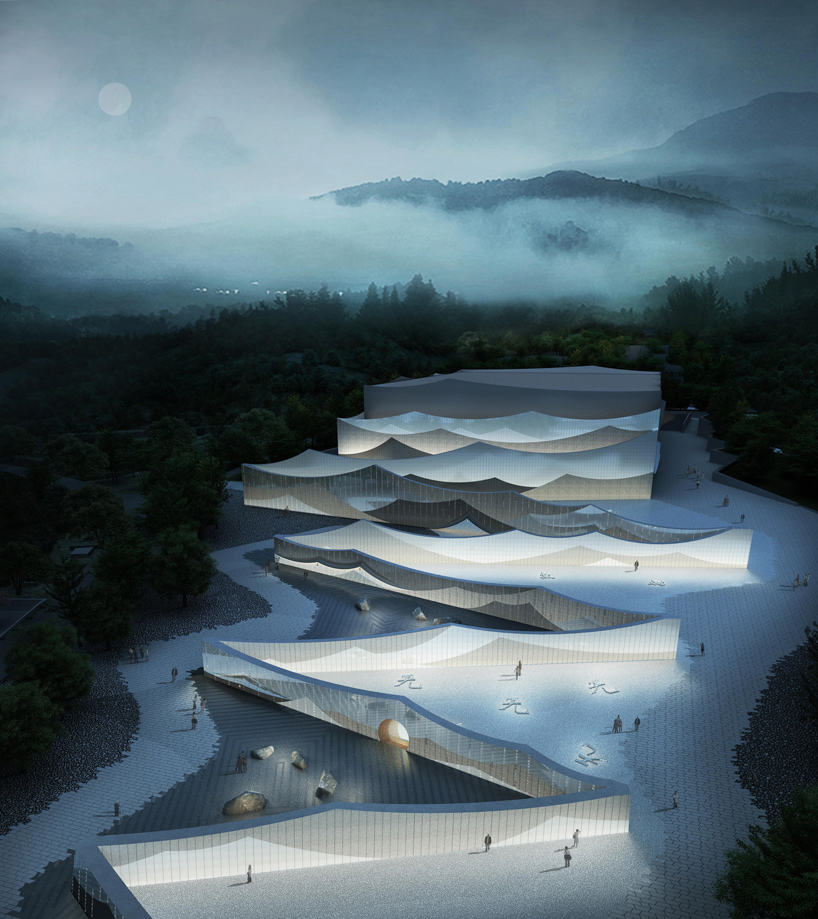 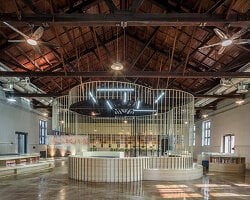 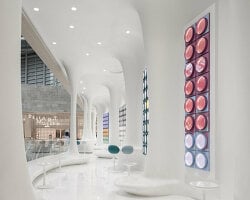