located in matanzas beach in chile, hotel surazo by WMR arquitectos has been designed specifically for surfers and windsurfers. with a green conscious in mind and the idea to attract people to this natural site, the hotel design aims to create a deep relationship between the built structure and its surrounding landscape. 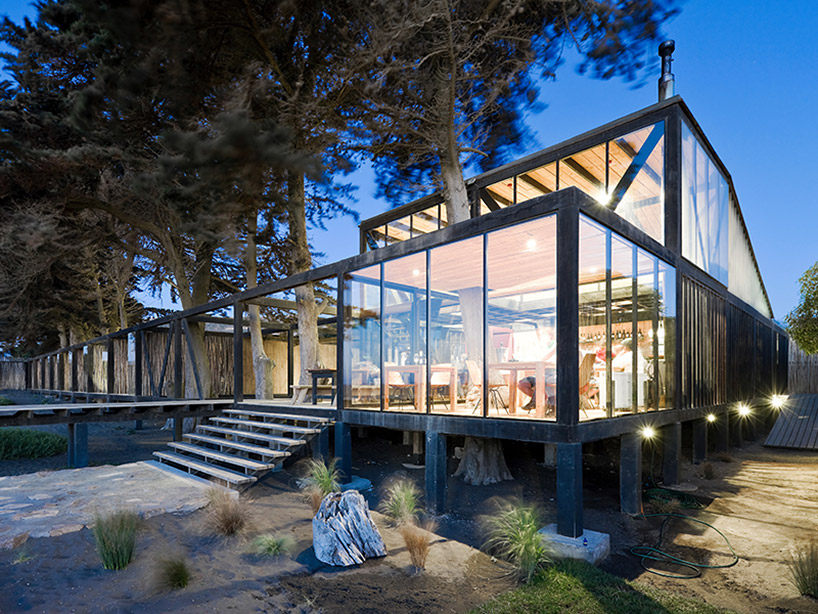 hotel surazo is located in matanzas beach, a paradise for surfers in chile
images by sergio pirrone and alfredo escobar

at its early stages, the hotel surazo project by WMR arquitectos took into consideration a row of existing trees parallel to the sea. organized around them, the program sees a series of 4×4 meter modules that create a relationship with the exterior throughout the creation of patios. facing the beach, the reception and restaurant are connected by a runway to the private areas. comprised of ten private rooms and two bunk bed areas, the hotel also features a pool, sauna, hot tub, reading area, and a bbq zone. 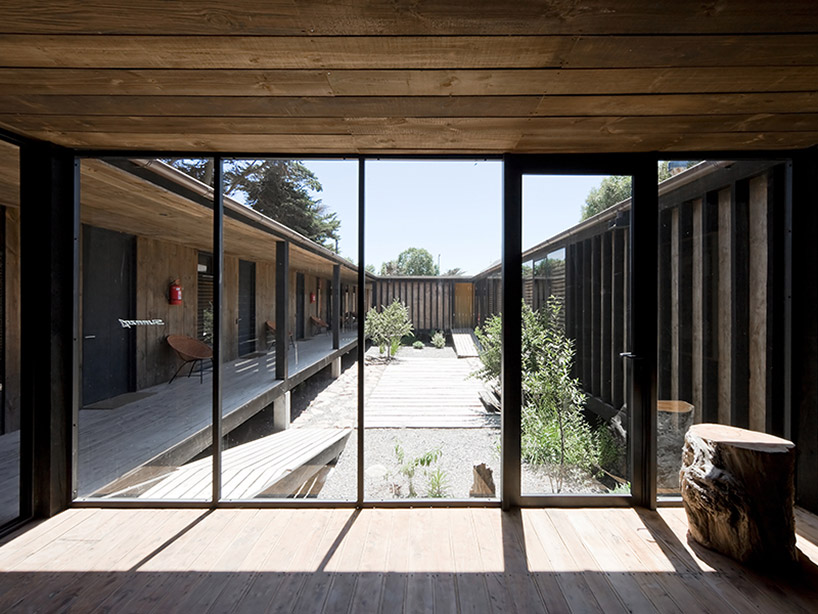 raw wood and glass were the predominant materials used in the design, resulting in a light and flexible structure. after the 2010 tsunami, the structure had to be rebuilt – a process that was fast and affordable due to its architecture. today, the hotel has gained a different tone, where the wood’s color now features an authentic beauty. 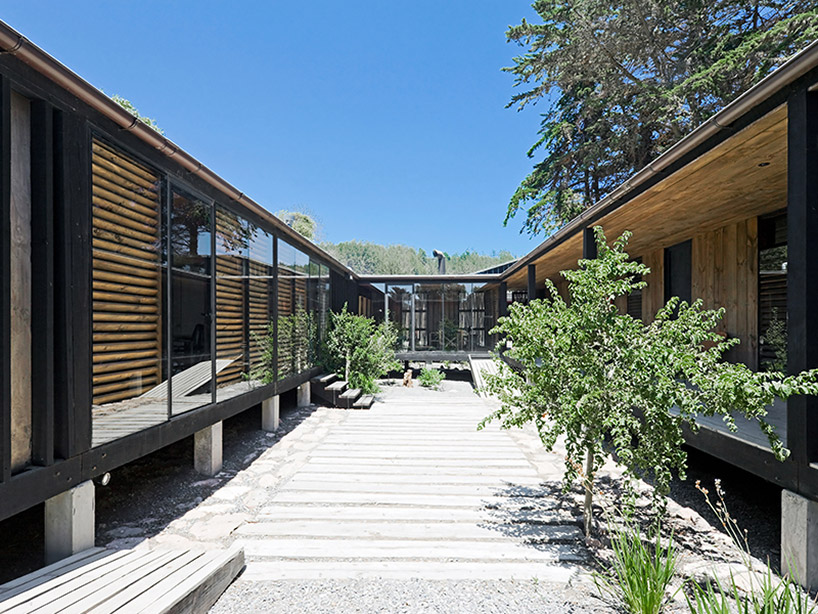 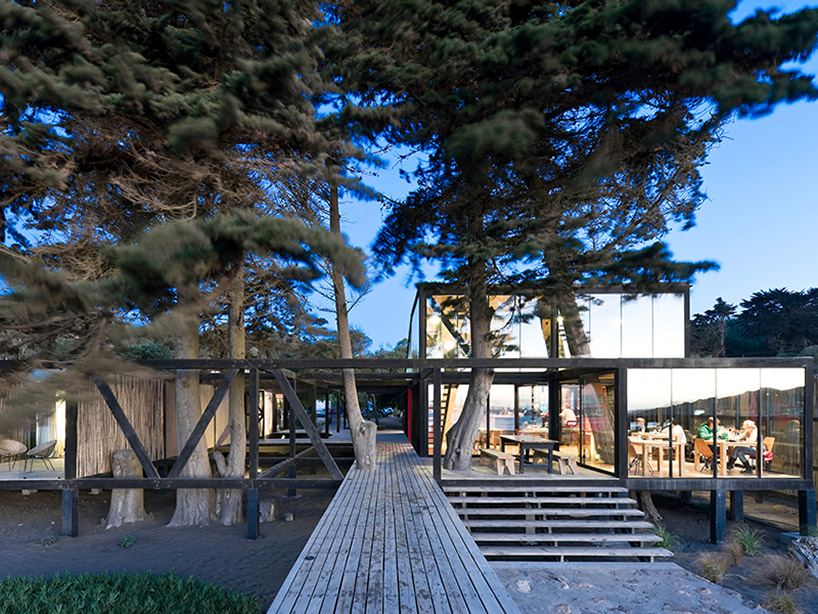 glass, wood and steel make up the structure 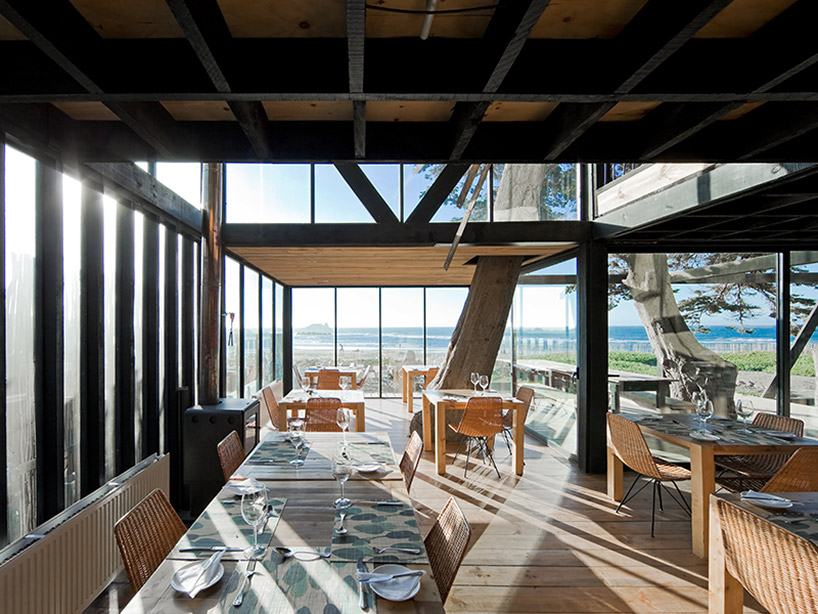 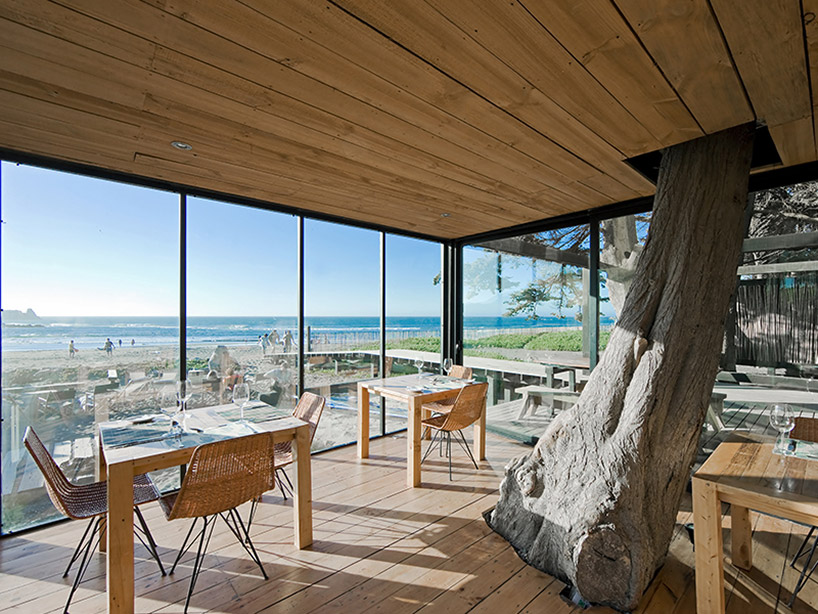 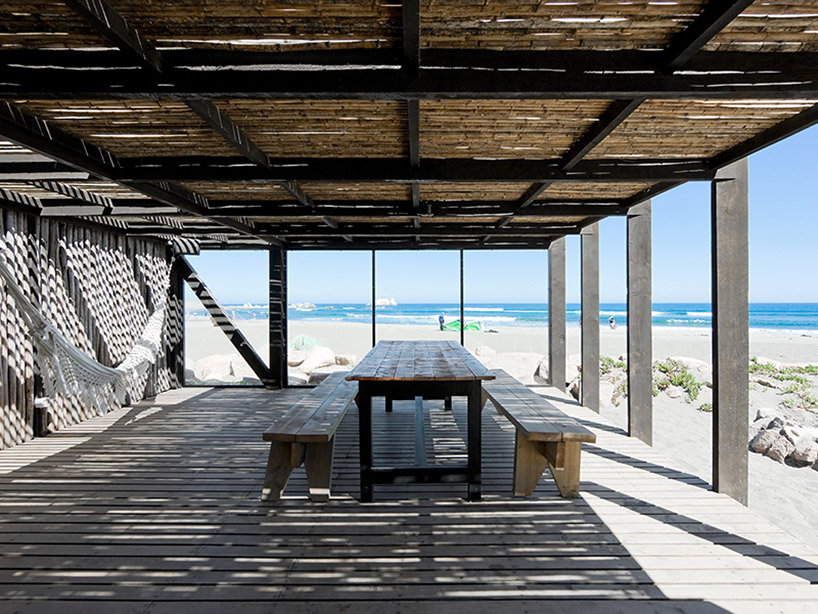 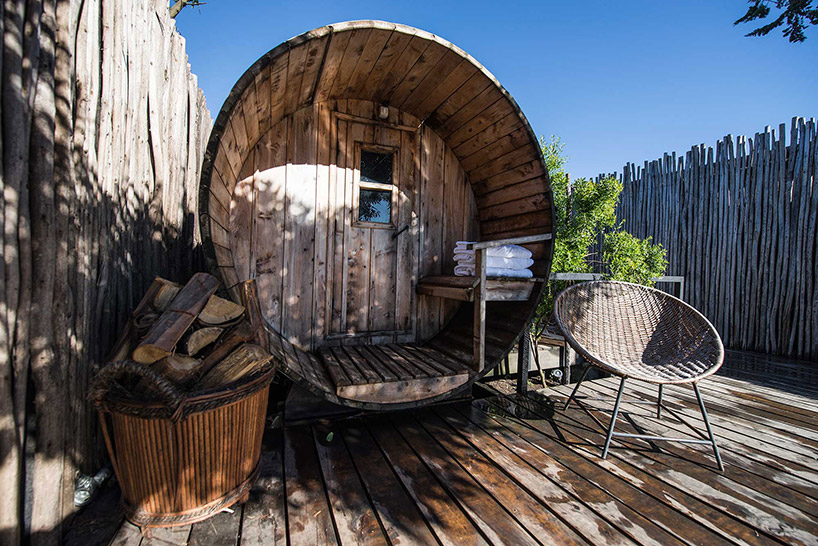 the spa features a round sauna 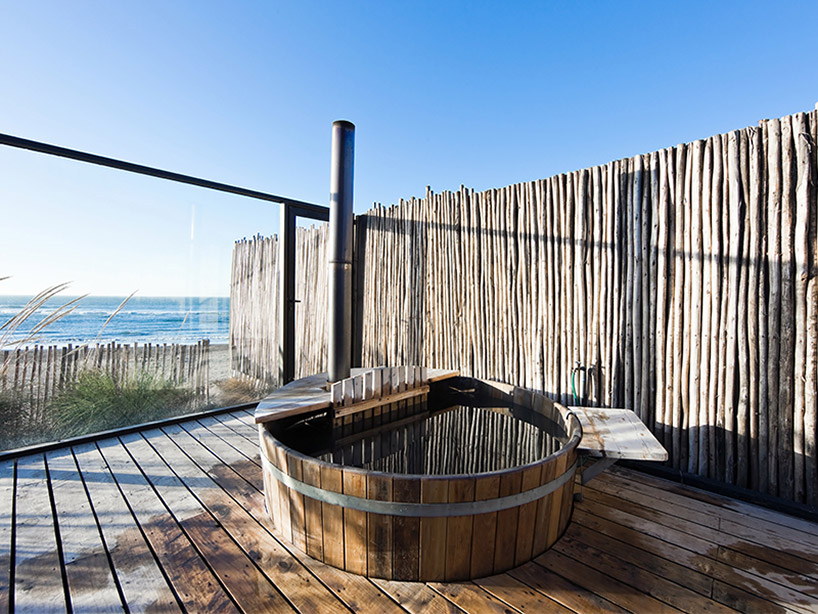 hot tub with a view 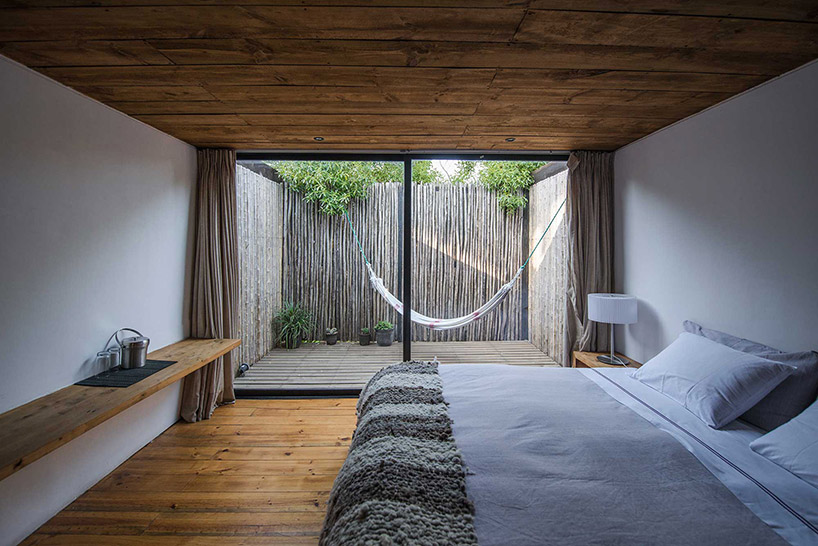 the rooms face either the ocean or the inside of the hotel, like this one with a hammock in the terrace 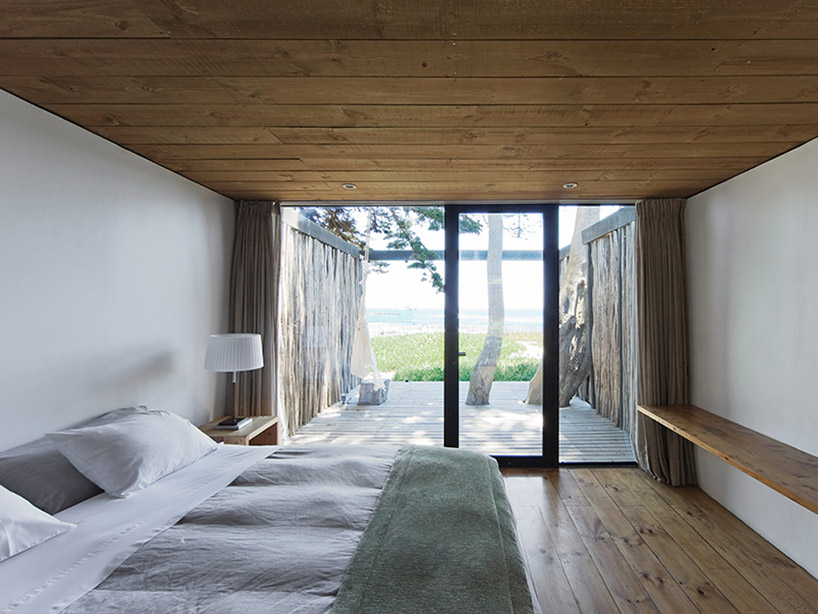 leave your room and go directly to the beach 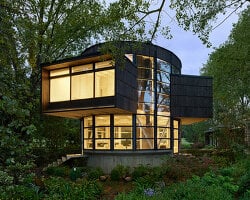 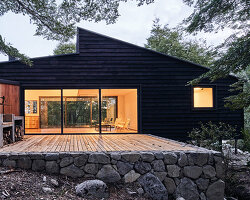 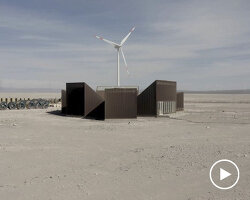 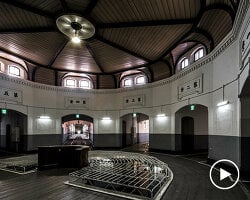