since opening in 2014, aalborg’s ‘house of music’ has providing the danish city with a internationally recognized multipurpose venue, capable of hosting a range of events. in one of two new films by creative agency spirit of space, architect wolf d. prix of austrian practice coop himmelb(l)au explains in detail the concept behind the project, and how the building’s form is directly influenced by le corbusier’s ‘la tourette’.

‘it is just as important to see music being played as it is to hear it,’ explains prix. ‘seeing an orchestra play beethoven’s 9th symphony is not only exciting, but it brings the emotion of music to another level.‘

wolf d. prix explains the design for the house of music
video courtesy of spirit of space

the second film takes viewers on a tour of the building, which appropriately, is a rhythmic composition of carefully arranged volumes. starting with a simple courtyard typology, the music school is wrapped around the concert hall, allowing public spaces to spill into each other. this shared energy animates the building throughout the day, fostering the potential for an exchange of ideas and knowledge among artists, educators, students and audiences.

see here for designboom’s previous coverage of the project.

the house of music in aalborg, designed by coop himmelb(l)au
video courtesy of spirit of space 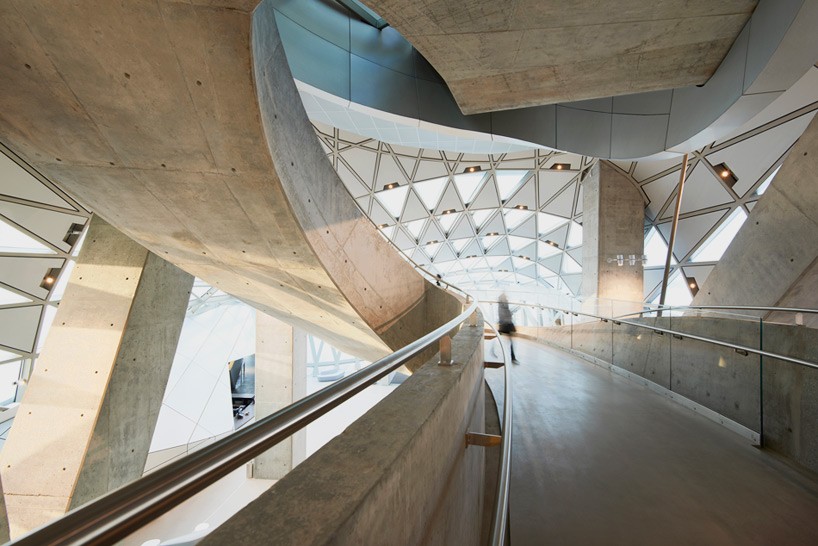 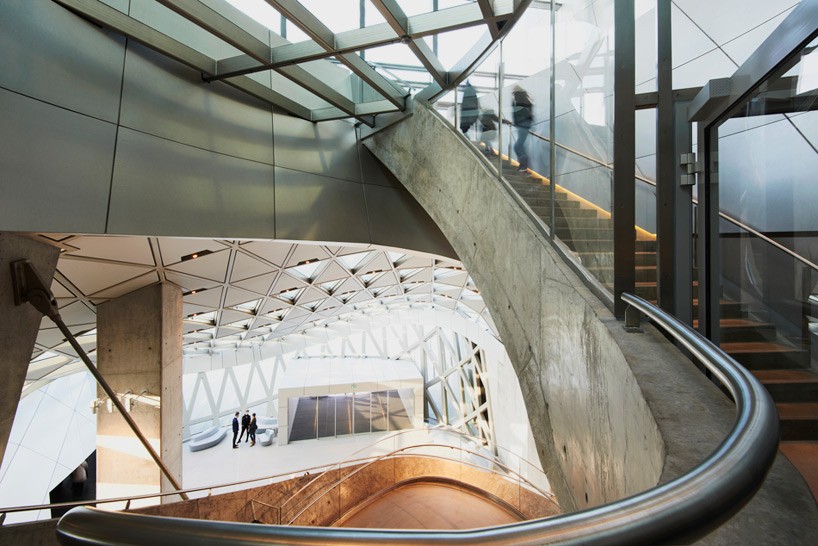 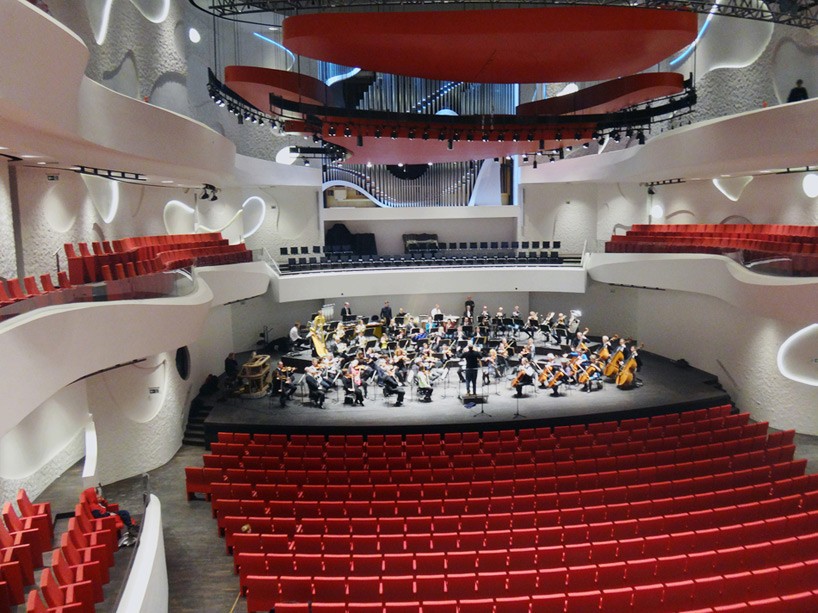