the design for the united kingdom pavilion at expo milan 2015, led by artist wolfgang buttress, has been revised following its state at the time of initial commission. the scheme maintains its overall aims, composition, and centerpiece – dubbed ‘the hive’ – while reorganizing the site circulation to remain predominantly at ground level. visitors pass from the vegetated ‘meadow’ landscape beneath the buzzing and illuminated framework, to get a preview of the spectacle. after passing up a staircase, one accesses the structure’s internal sphere from behind, to experience aspects of a live beehive through the architecture’s sensorial qualities. 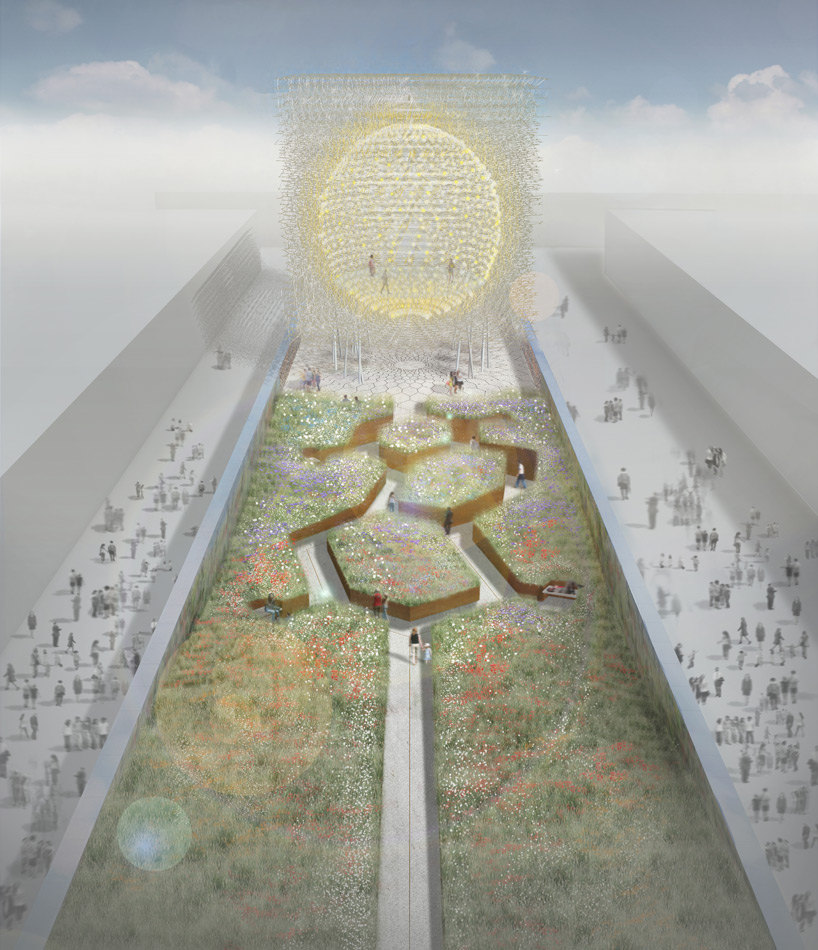 a linear path among the garden splits 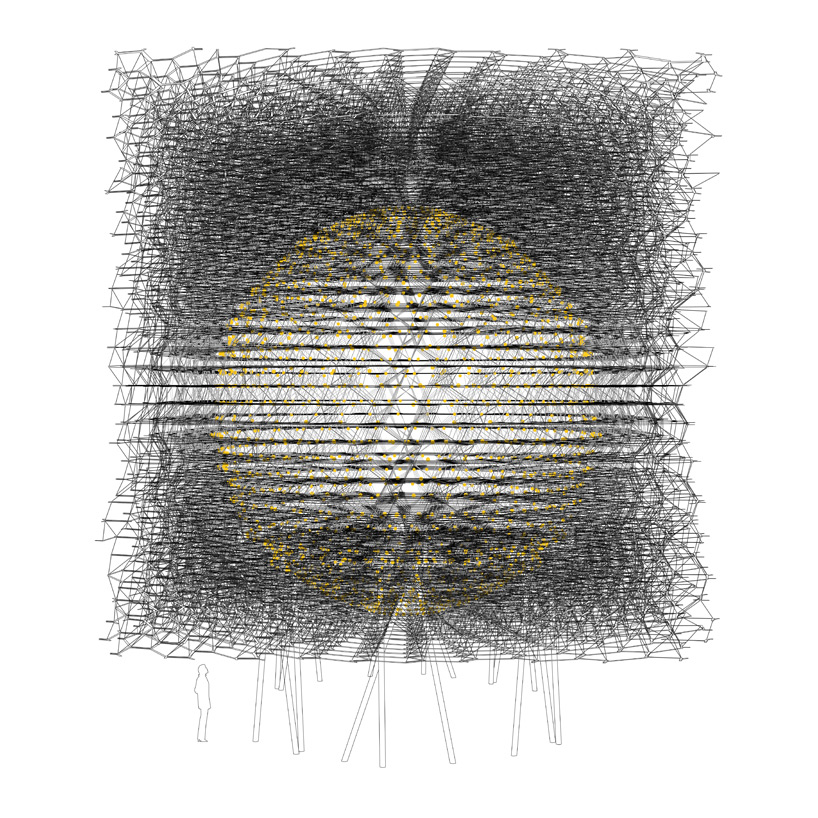 wireframe drawing of the ‘hive’

the design update builds upon designboom’s previous coverage of the pavilion when it was announced as the winning competition entry. see below for the existing article:

fitting with the expo’s overall theme of ‘feeding the planet, energy for life’, the scheme’s intention is to suggest similarities and relationships between humans and bees. the structure takes an overall rectangular form, elevated 3 meters off of the ground, with an ellipsoidal void at its center. visitors are able to occupy this internal sphere, and experience aspects of a live beehive through the pavilion’s architectural qualities. vibrations and pulsing lights activate the space, and are informed by real-time inputs from a group of the honey producing insects.

the project was selected from a final group of 8 proposals. see designboom’s coverage on the competition’s shortlist here. 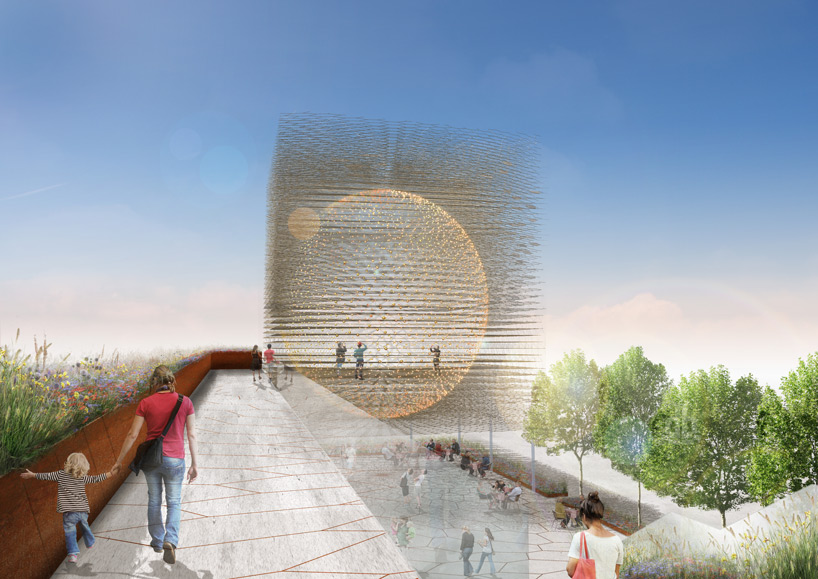 upon entry to the pavilion’s site, visitors are greeted by an orchard of british apple and pear trees. beyond, a staircase provides access to a gently undulating meadow which is organized by a series of meandering paths. this arrangement allows guests to explore and experience the landscape in a non-prescriptive and exploratory way. an ampitheater offers an area to rest and view the ‘hive’, while also serving as a performance and film-screening space in the evenings. the vegetated terrain sits atop a podium building, which contains an auditorium, exhibition gallery, gift shop, kitchen, offices, and a plant room. 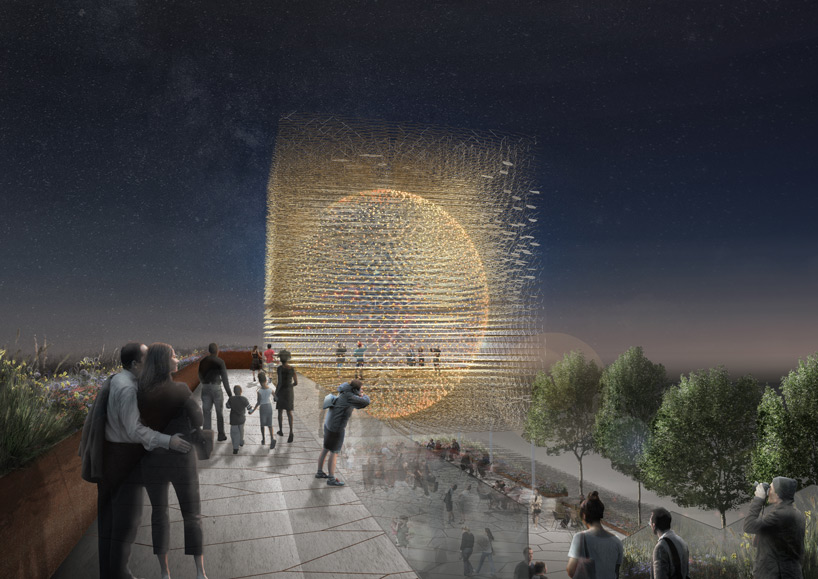 at night, the ellipsoidal void is pronounced through its dynamic lighting

the site contains a variety of landscapes, and culminates at the ‘hive’ structure

the UK participation and delivery of a stand-out pavilion at milan expo 2015 is being co-ordinated by UK trade and investment (UKTI) on behalf of the UK government. it is being developed and delivered by a consortium led by stage one. it has been designed by nottingham artist wolfgang buttress and will be developed and built with internationally-recognized UK construction expertise from stage one with RISE.