on november 12, 1910, readers of the new york times were the first to see plans for a tower that would ‘eclipse’ new york’s other early skyscrapers to become the world’s tallest building. looking to build a trophy headquarters in downtown new york, entrepreneur frank w. woolworth commissioned architect cass gilbert to design the project. ‘how high can you make the tower?’, woolworth supposedly asked gilbert. gilbert responded by almost doubling the originally planned height of the building from 420 feet (128 meters) to 792 feet (241 meters). unprecedented in size and sophistication when it opened in 1913, the woolworth building stood for 17 years as the world’s tallest building.

now, with the building still one of the 100 tallest in the united states, its top 30 floors have been transformed by alchemy properties into the woolworth tower residences — a limited collection of 32 luxury condominiums. to learn more about the renovation and its challenges, designboom spoke with ken horn, alchemy’s president, who took us through his firm’s vision for the project. 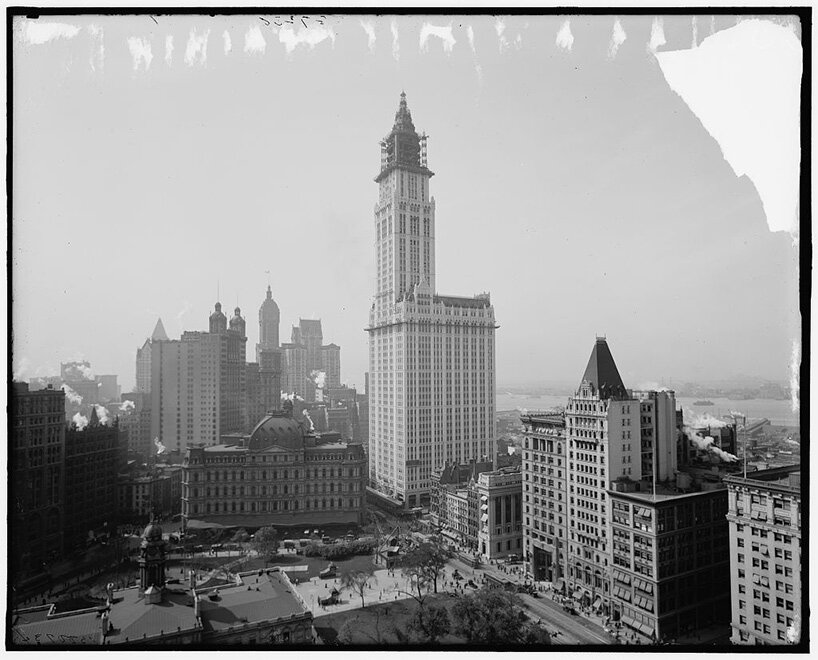 comprising 23,000 tons of structural steel, 7,500 tons of terracotta, and 40,000 square feet of gold foil, the woolworth building is still celebrated today as an engineering triumph. ‘it is an iconic landmark and with that, there was this great responsibility that we took on as a firm when we bought the upper portion to ensure that it lived up to its potential in this next iteration where people can call the building a home for the first time,’ says ken horn.

A post shared by The Woolworth Tower Residences (@thewoolworthtowerresidences)

the development, which is now complete, involved converting the building’s top 30 floors into luxury residences with multiple exposures. however, for horn and his team, it was important to honor the building’s heritage. ‘our vision was to preserve and highlight the historical elements of the building that are fully unique to woolworth, while at the same time creating a contemporary design with modern-day conveniences,’ he continues. ‘for example, the ‘WW insignia’ that was used as the elevator transient is proudly displayed above the kitchen in each residence. additionally, an original coffered ceiling from frank woolworth’s personal office on the 40th floor has been skillfully restored and relocated to be the centerpiece of the private residential lobby.’ 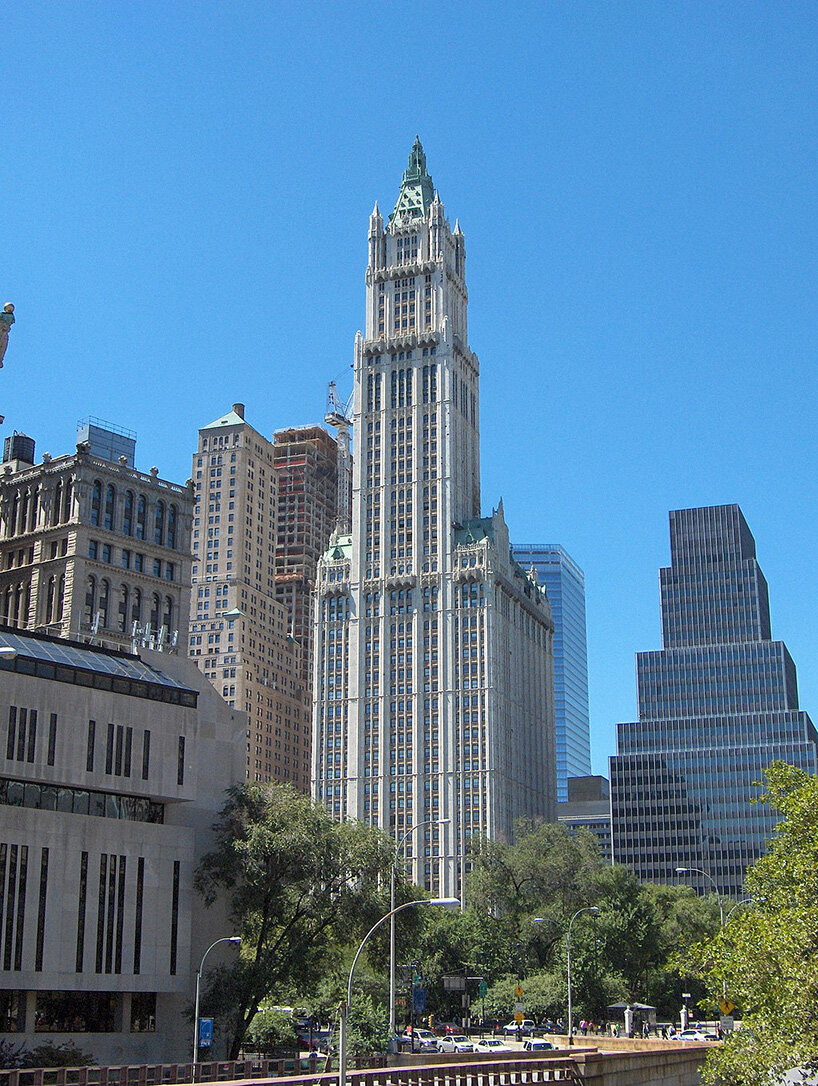 one of the project’s most significant undertakings was the restoration of the building’s terracotta façade — a process that cost around $22 million. ‘people who live in the woolworth tower residences experience the façade of this historic building from inside their homes,’ horn tells designboom. ‘each unit has something special in the terracotta that surrounds the window: some are clear white tiles that help reflect the light outside into the apartment, while some have polychromatic details, like yellows and blues. because of this, we made sure that we did the right work and spent around $22 million in the painstaking restoration of the terracotta tiles.’ 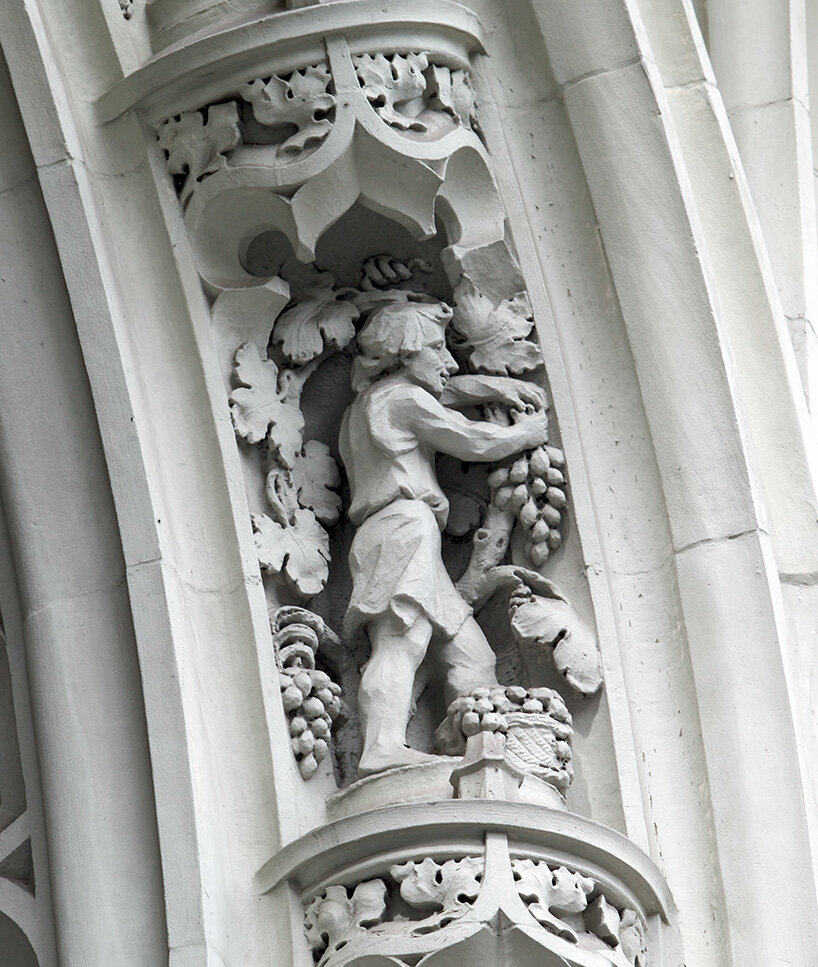 ‘for the restoration process, we found the original molds of the terracotta tiles from when they were first cast and worked with the successor of the original company that constructed the tiles to recast about 3,500 pieces of terracotta,’ explains ken horn. the intricate ornamentation continues internally where, at the intersection of the arcade and the mezzanine, several sculptures depict twelve people with a major role in the building’s construction — including gilbert holding a model of the building. 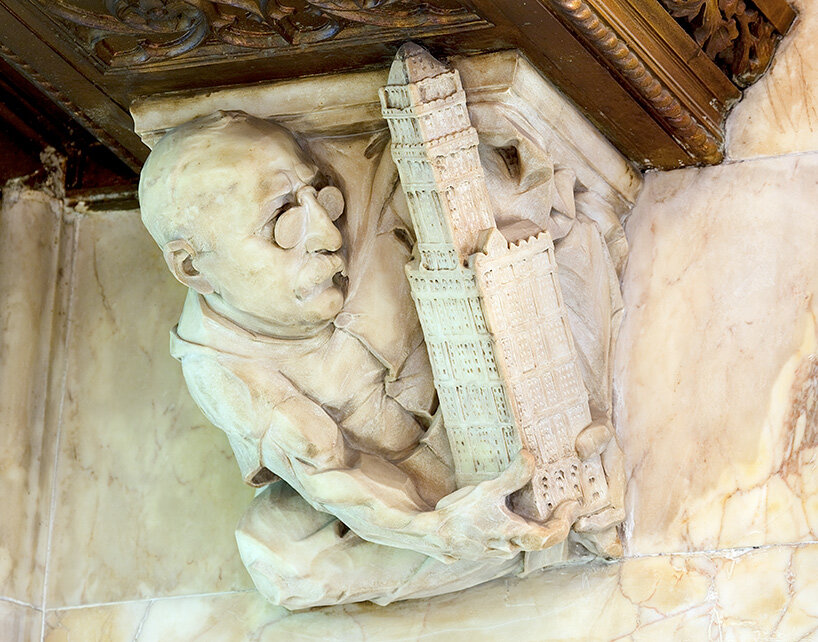 alchemy worked closely with SLCE architects and the office of thierry w. despont on the transformation of the residences, which culminate in the five-story ‘pinnacle penthouse’ in the crown of the tower. ‘the pinnacle is truly a one-of-a-kind residence, a castle atop a castle,’ horn enthuses. ‘there is no way to duplicate this home because you can’t just build another woolworth building. something really special is that there are over 125 new windows that have spectacular views of the city unlike you can see anywhere else.’ although the building is over 75% sold, the penthouse is still available for $79 million. see designboom’s previous coverage of the project here. 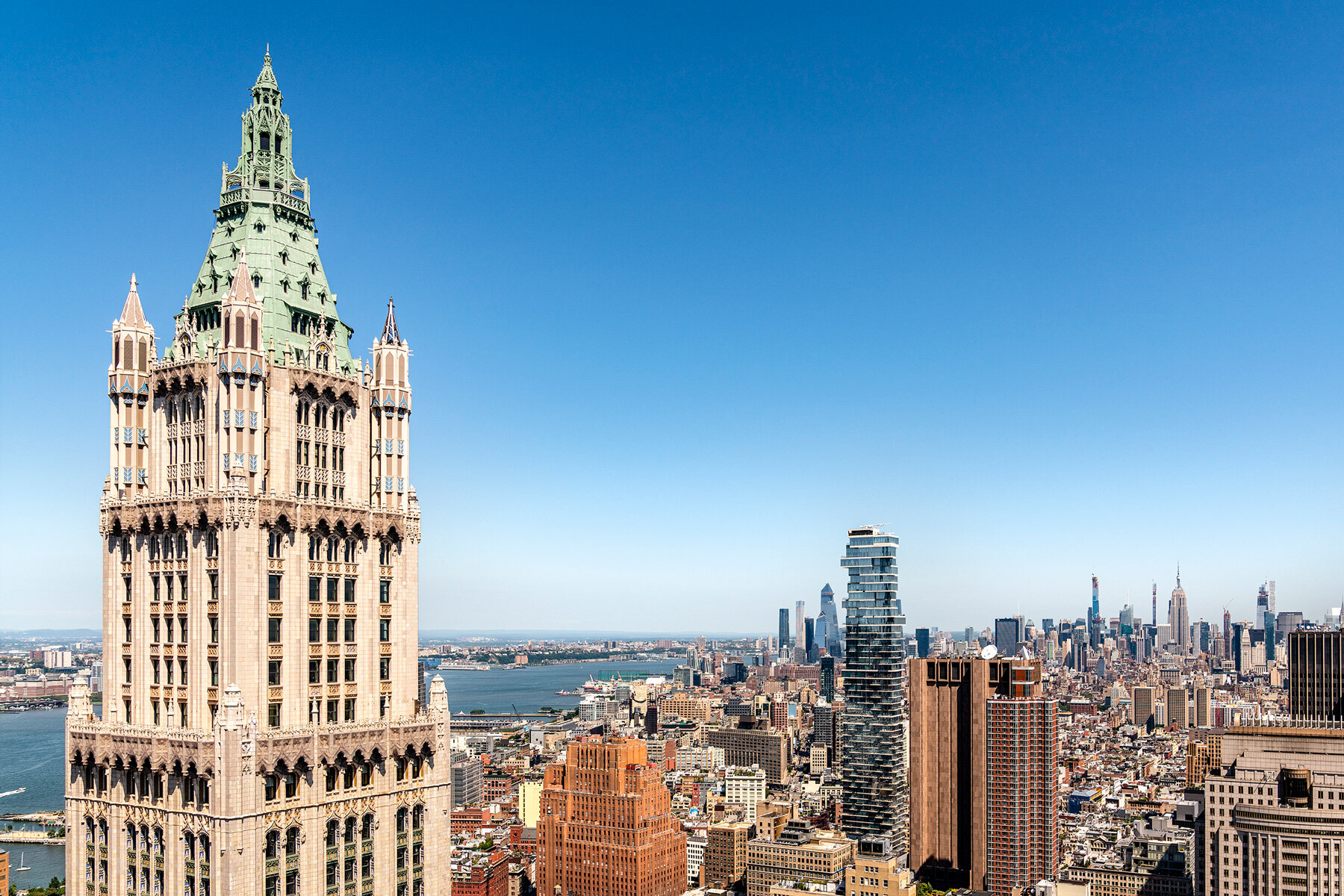 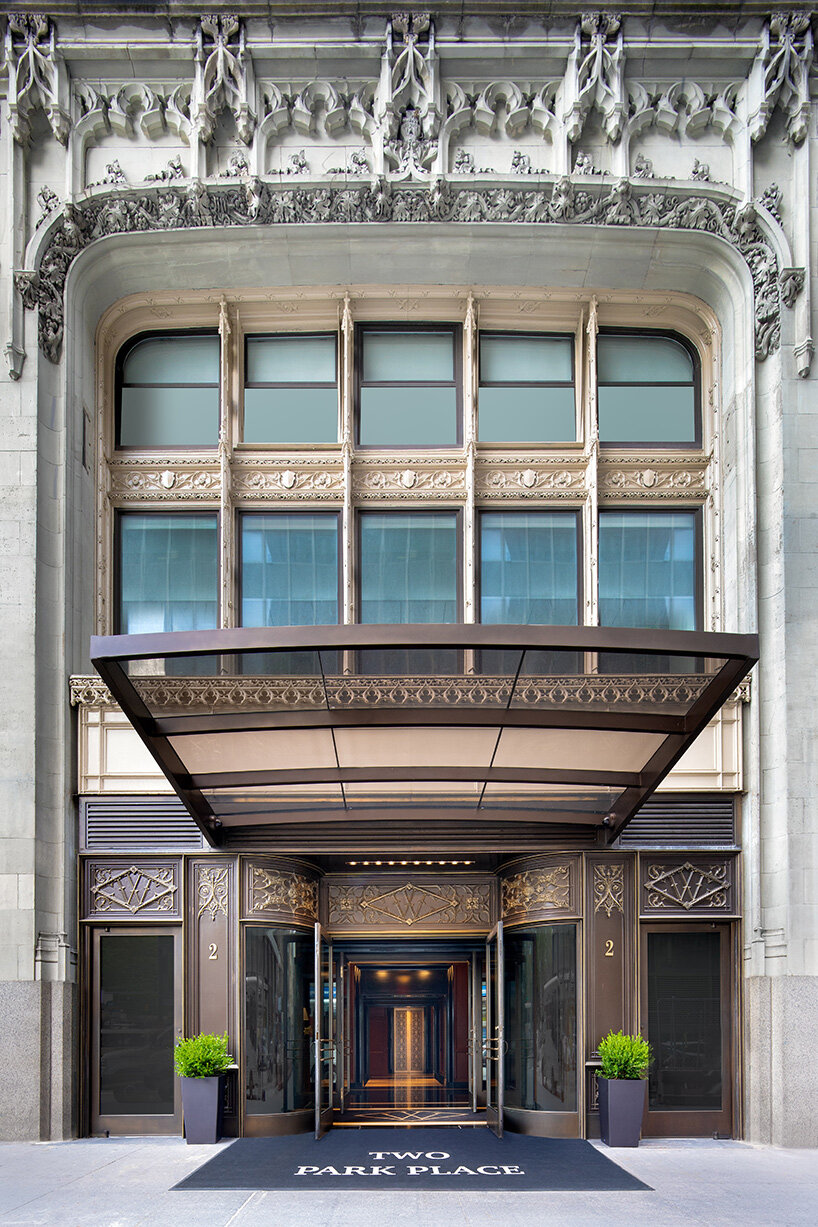 the entrance to the woolworth tower residences | image by travis mark 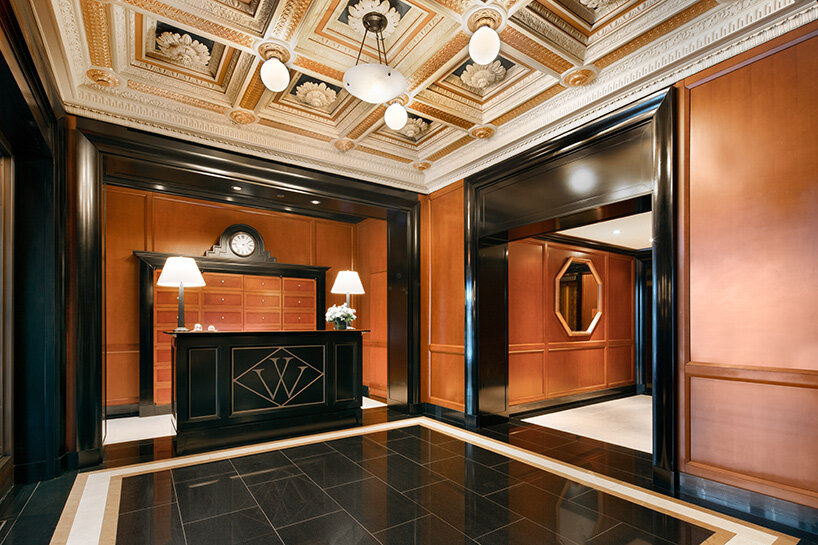 the lobby of the woolworth tower residences | image by travis mark 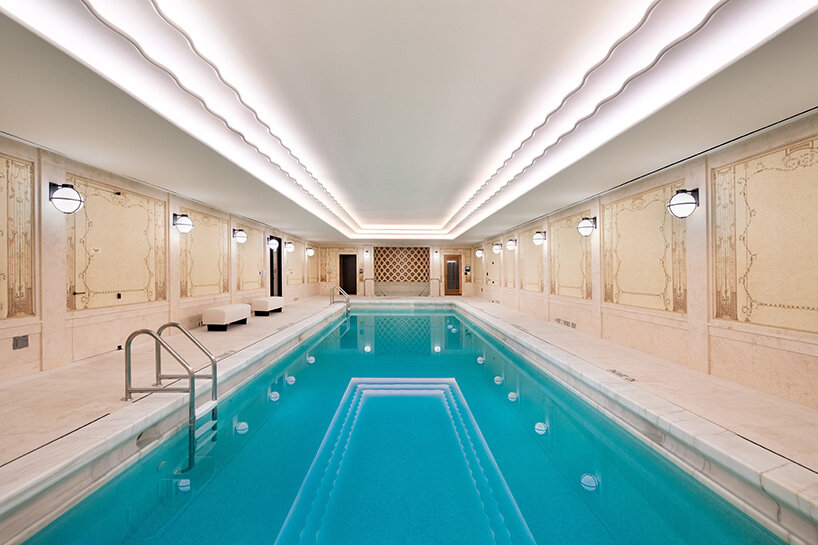 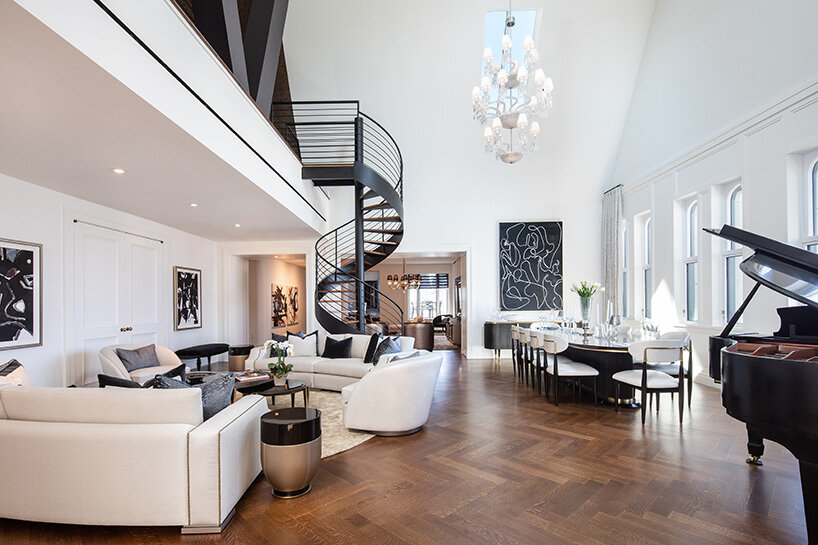 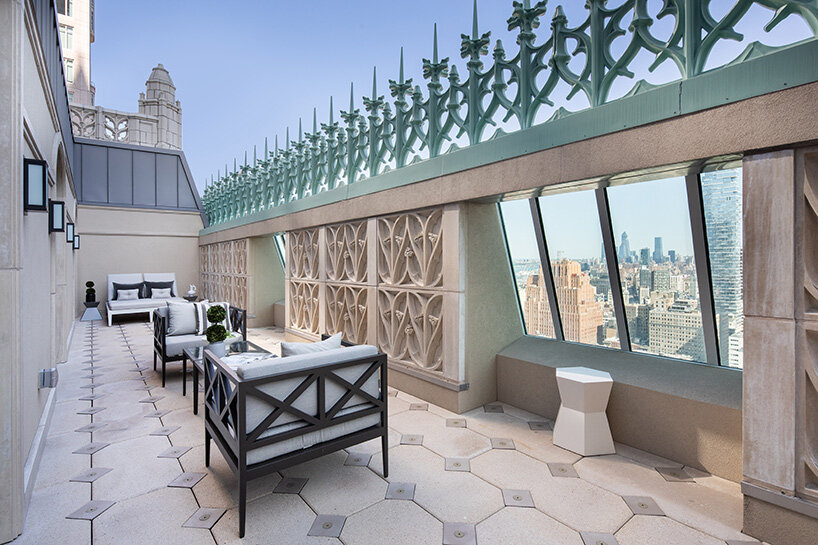 the residence has a duplex terrace | image by travis mark 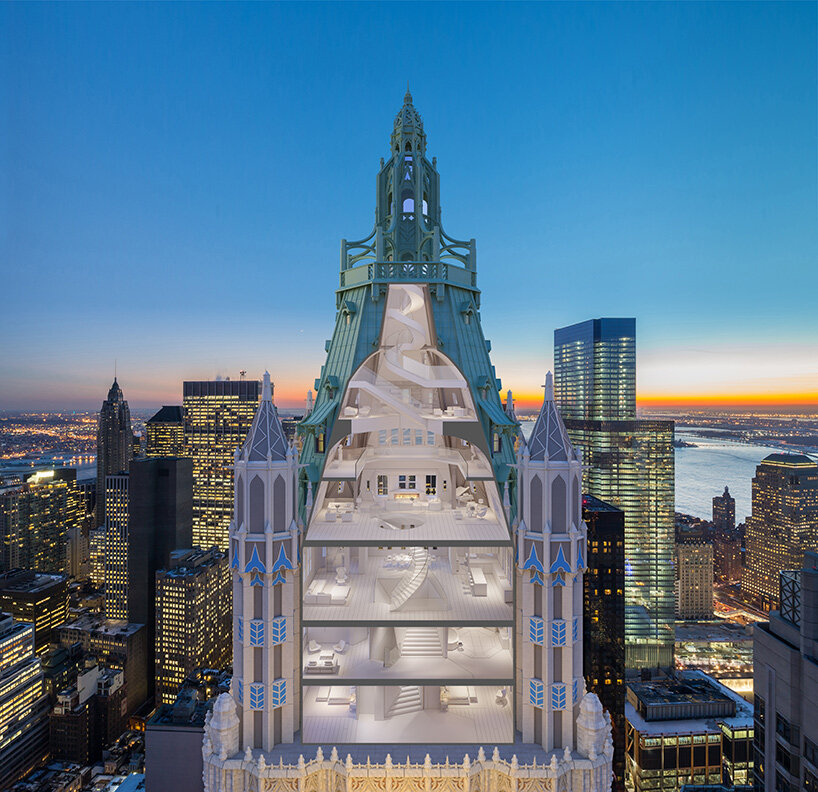 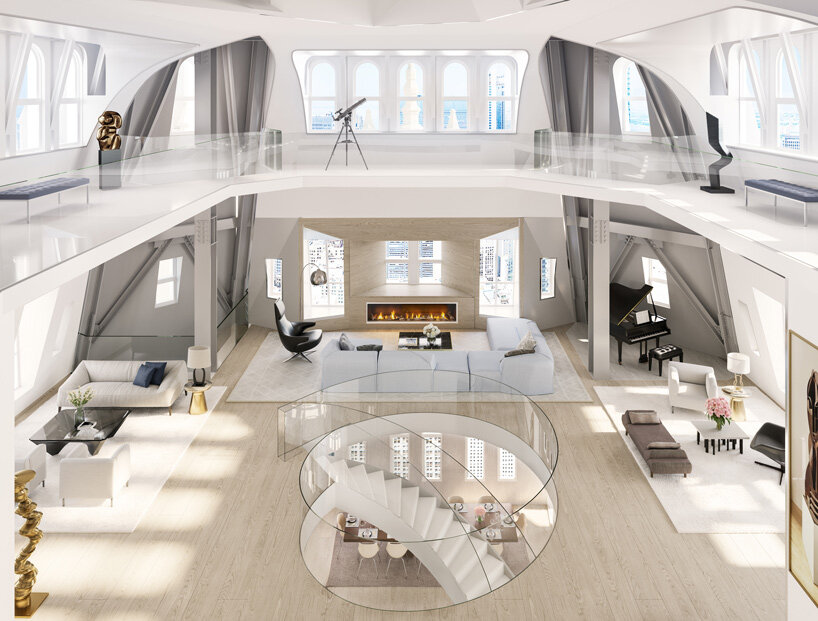