to provide a place for various activities during the 2014 world cup, the embassy of brazil in tokyo hosts a temporary pavilion designed by shigeru ban architects. the structure is made of high-strength recycled cardboard tubes, and occupies the front patio of the chancellery of the embassy building (1982), by brazilian architect ruy ohtake. the project was partially constructed by the brazilian community, and will be dismantled soon after the football tournament ends. 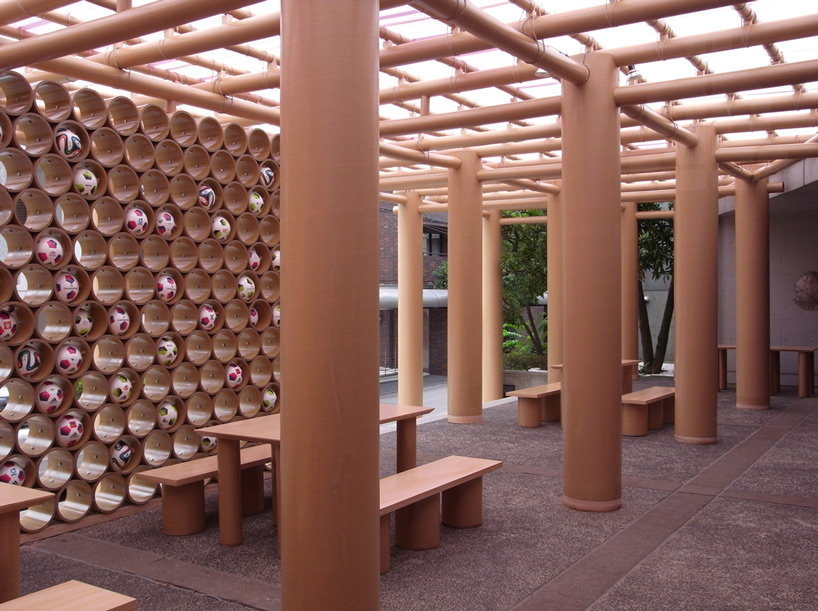 the structure is composed of a cardboard tube frame, including large diameter columns and thinner beams above, which support a translucent plastic roof. a porous front wall faces the street, with footballs scattered throughout. tables and benches support a variety of events occurring at the pavilion. 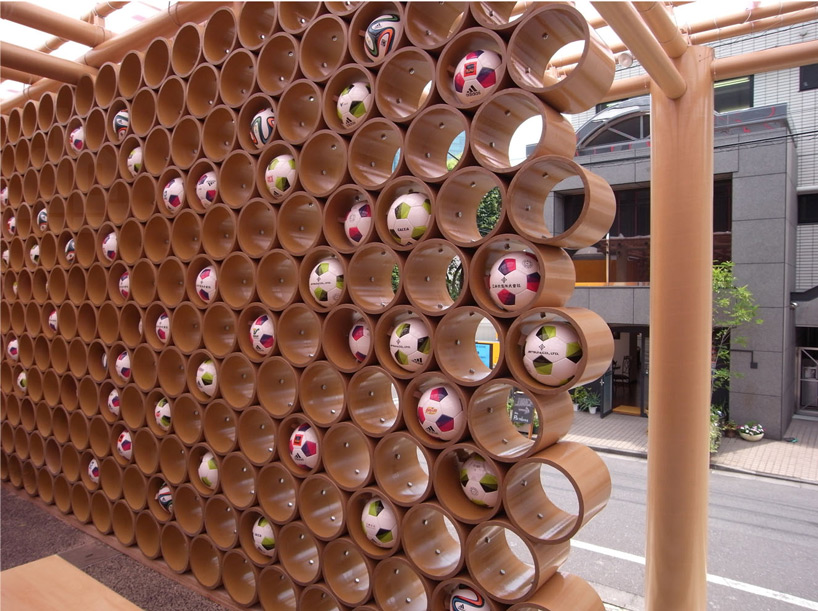 over the 40 day duration of the pavilion’s lifetime, a variety of events are held in relation to the world cup as well as generally to culture. for example, small live bossa nova shows, film screenings, workshops, and other informal and free programs are open to the public. additionally, on every day that brazil has a match, coffee is served in the morning during the games, along with juices and cheese bread. 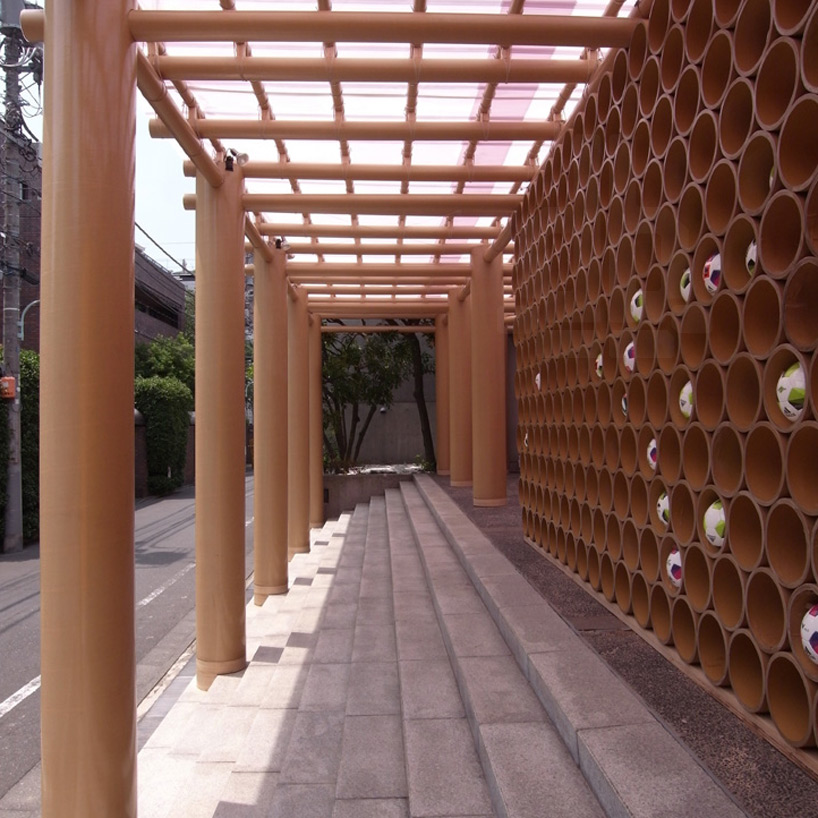 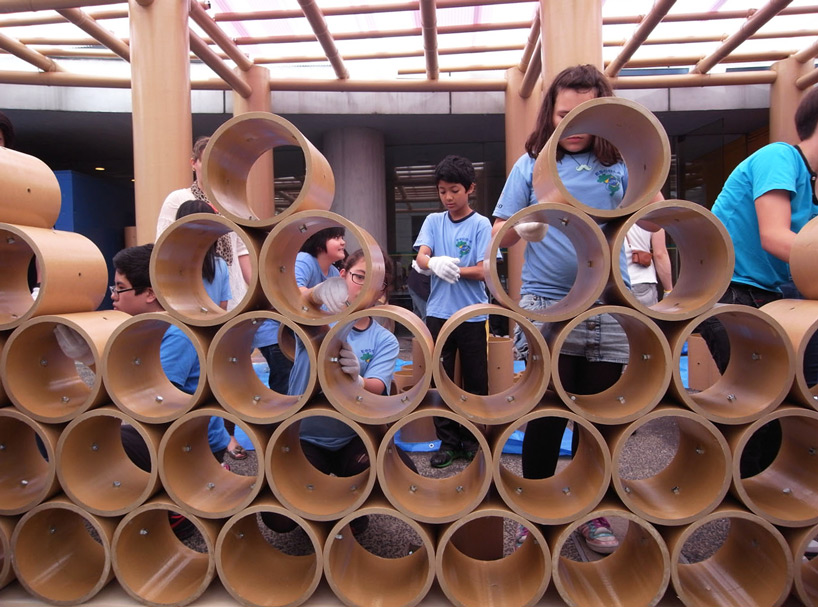 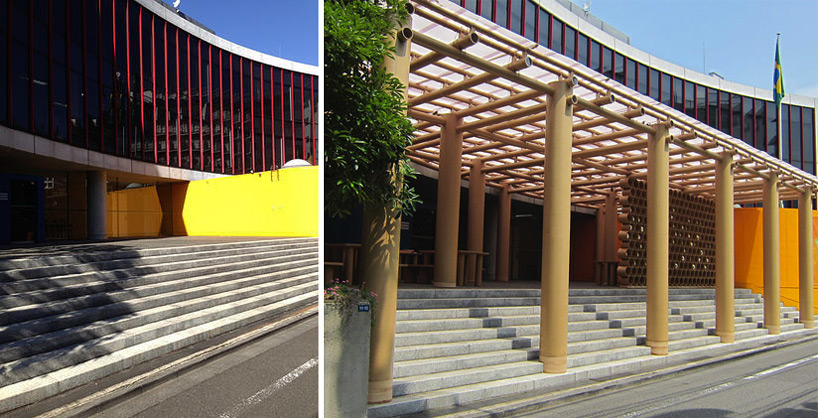 the pavilion sits in front of the chancellery of the embassy building (1982), designed by brazilian architect ruy ohtake
image © embassy of brazil in tokyo 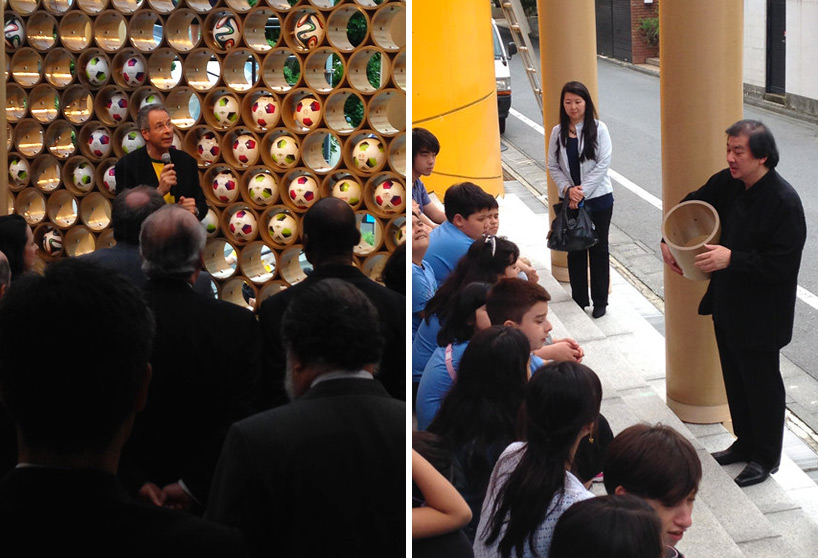 the structure is host to various presentations, including a speech given by the architect of the project, shigeru ban (right)
images © embassy of brazil in tokyo 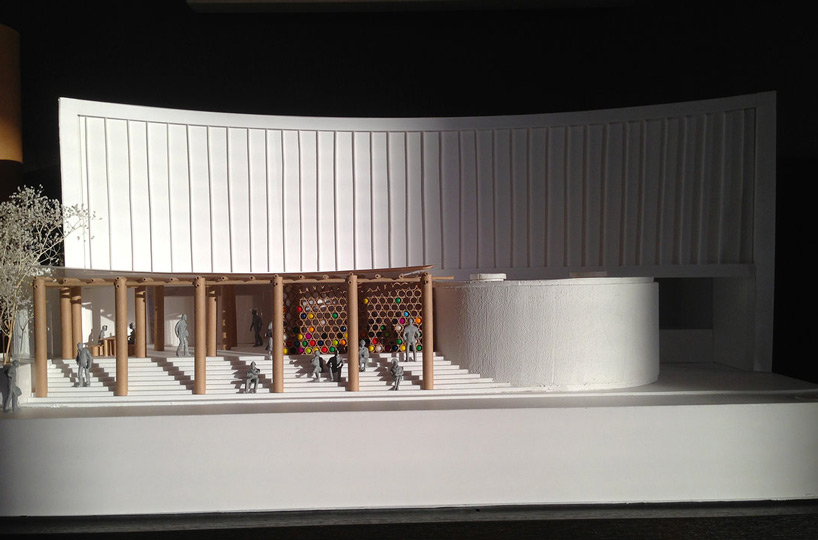 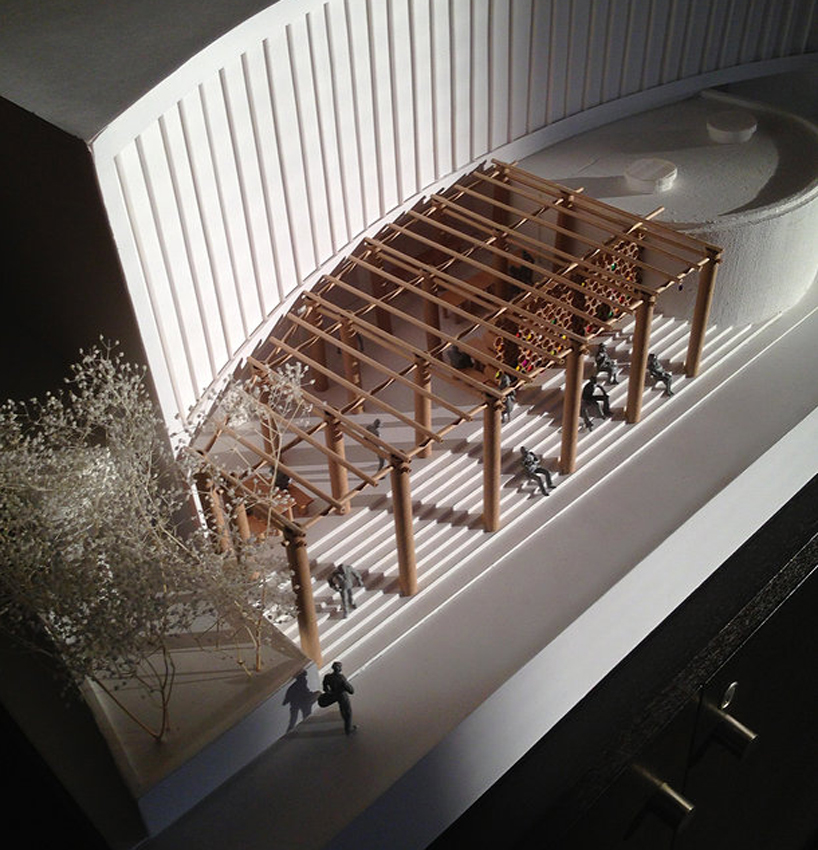 image © embassy of brazil in tokyo 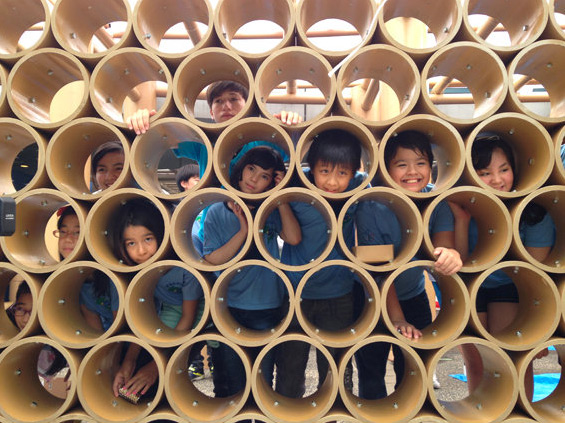 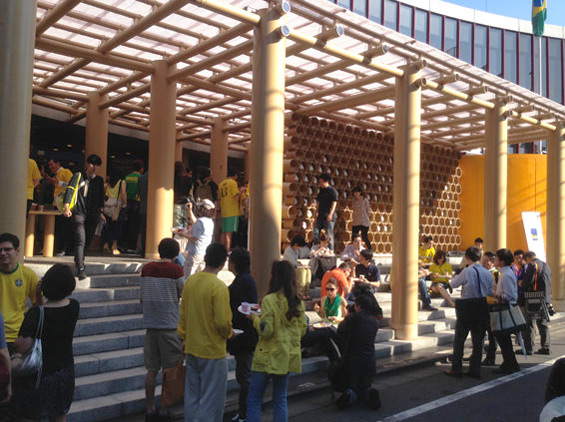 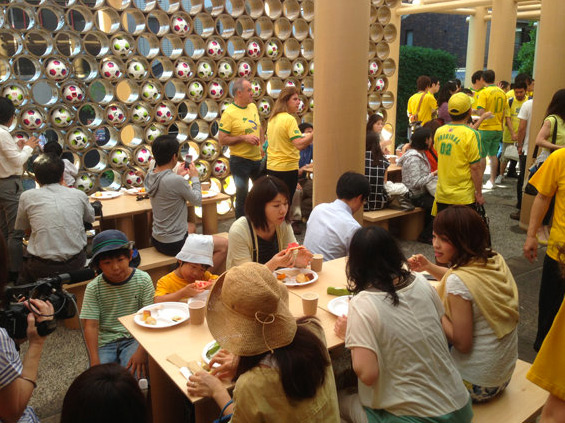 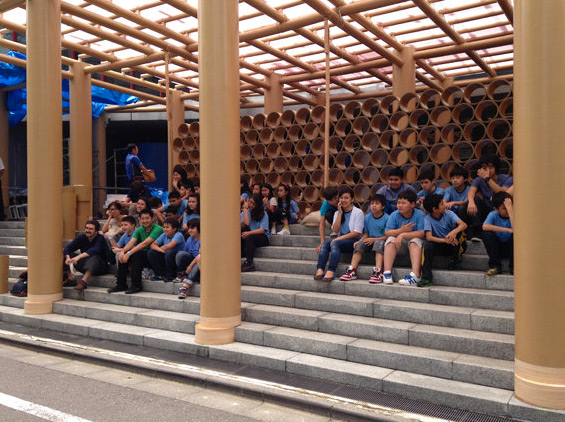