hike, ski and now climb the BIG / bjarke ingels group-designed copenhill – a waste-to-energy plant completed in 2019 – which rises as if a mountain from the dockside of amager bakke, copenhagen in denmark. designed by walltopia, the the tallest climbing wall in the world scales 85 meters up the building’s façade. it joins an artificial ski slope that slaloms down its rooftop, further creating an epicenter for urban mountain sport within the notoriously flat city. however, due to its extreme height, the wall can only be climbed by experienced or/and trained individuals – set to be opened later in 2020. 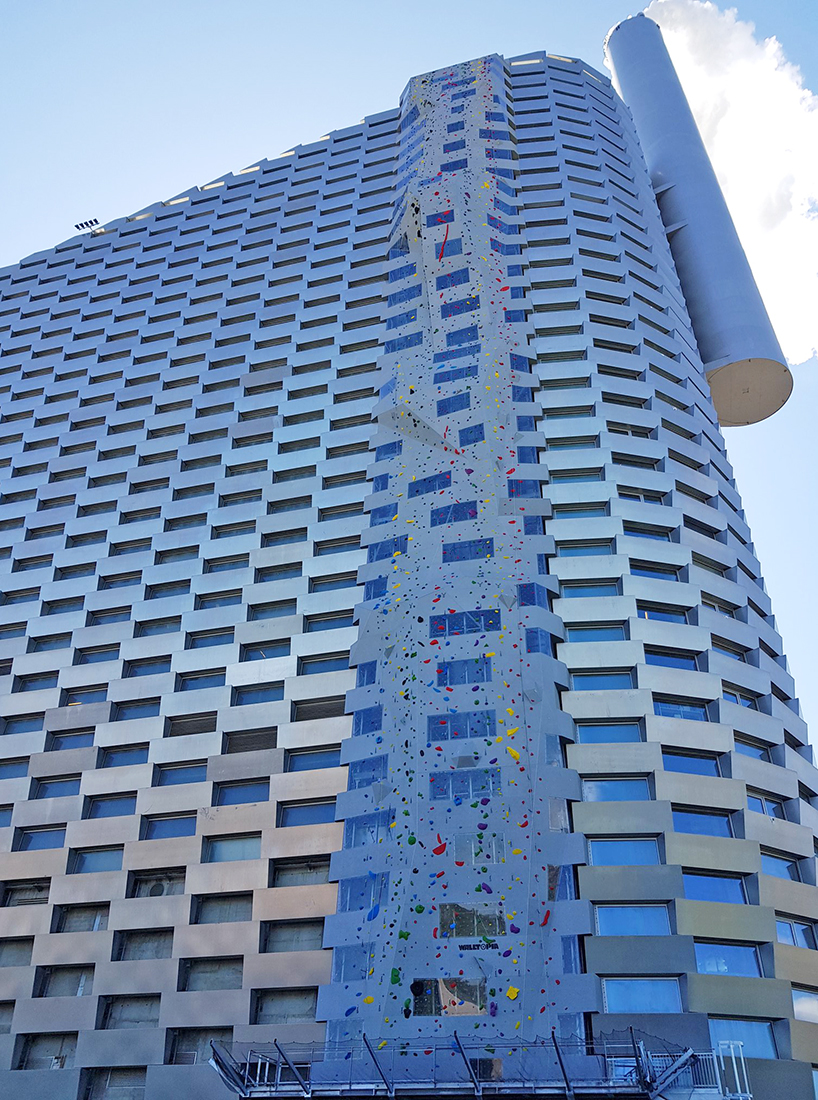 with mounted grips throughout, the completed climbing wall starts with a platform at the bottom of the ski slope
all images courtesy of walltopia unless stated

located on one side of copenhill, walltopia designed, engineered, produced, assembled and route-set the 85m-tall and 10m-wide climbing wall. however, it was created in close collaboration with BIG, to ensure the feature matched the building visually and functionally. it follows the unique pattern of the façade, with bricks and openings doubling as various obstacles and overhangs to resemble a natural mountain wall too. mounted grips feature throughout the ascent to the top.

‘the wall design was a challenge as we were striving to find the right balance between appearance and functionality – the goal was to create appearance matching the impressive building architecture while designing wall topology that offers supreme climbing experience,‘ says vasil sharlanov, current head of sales of walltopia and former head of design at the start of the project. 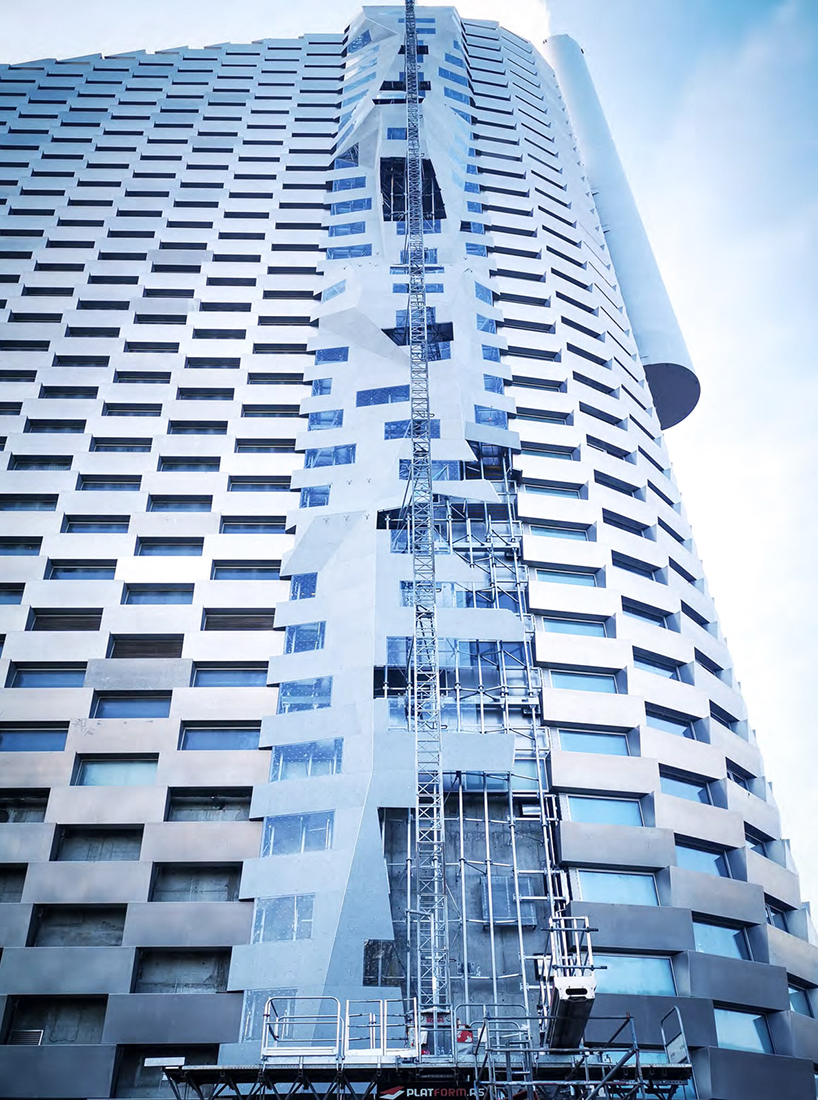 starting at the bottom of the ski slope, a platform has been built above the elevator entrance. the climbing wall is then split into four pitches, roughly every 20m or so. each pitch is a different climbing level; it gets harder the higher the climber goes. each section ends with a sloping edge to aid anchoring, and there are various routes for climbers to take – in similar fashion to a natural mountain wall.

the 1,200-square-meter wall was constructed from 55 tons of stainless steel and then a mixture of 24 tons of fiberglass and plexiglass. this combination was to offer a level of translucency to not obstruct natural lighting into the waste-to-energy plant. 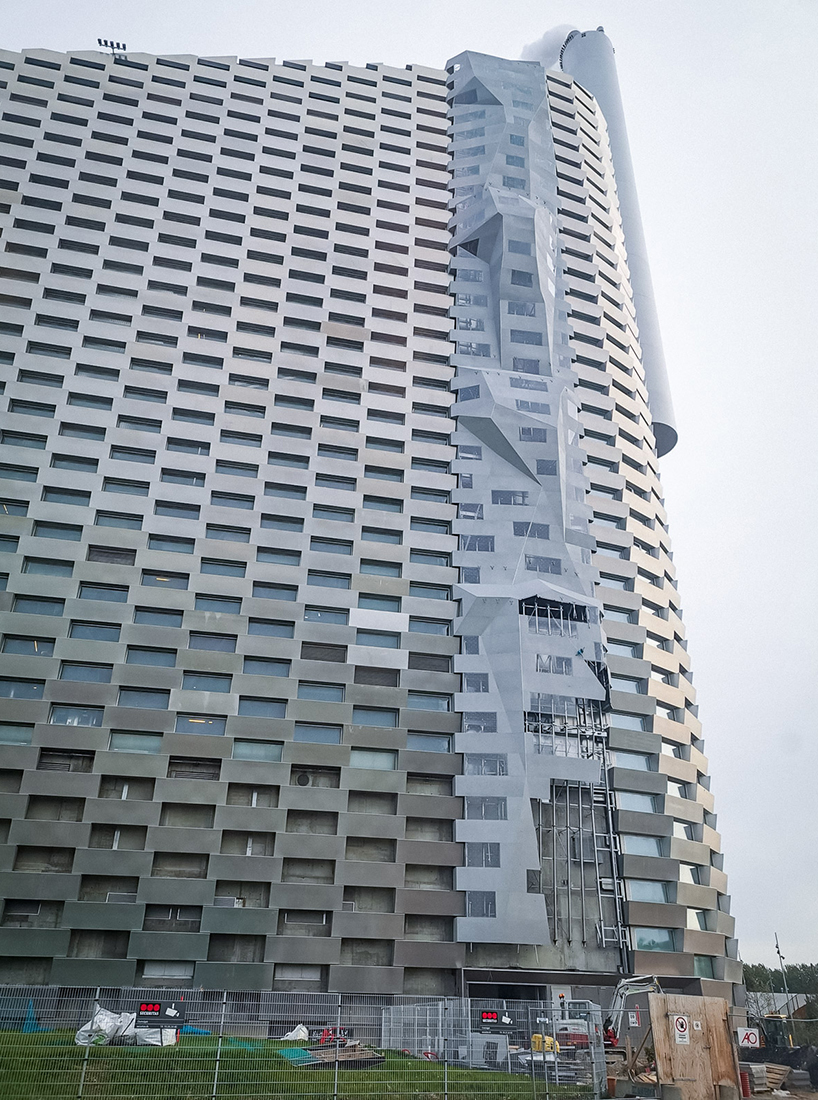 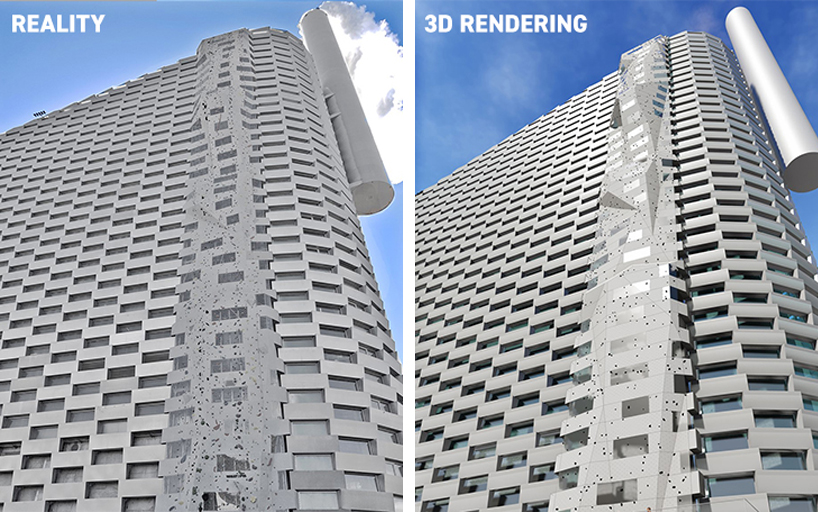 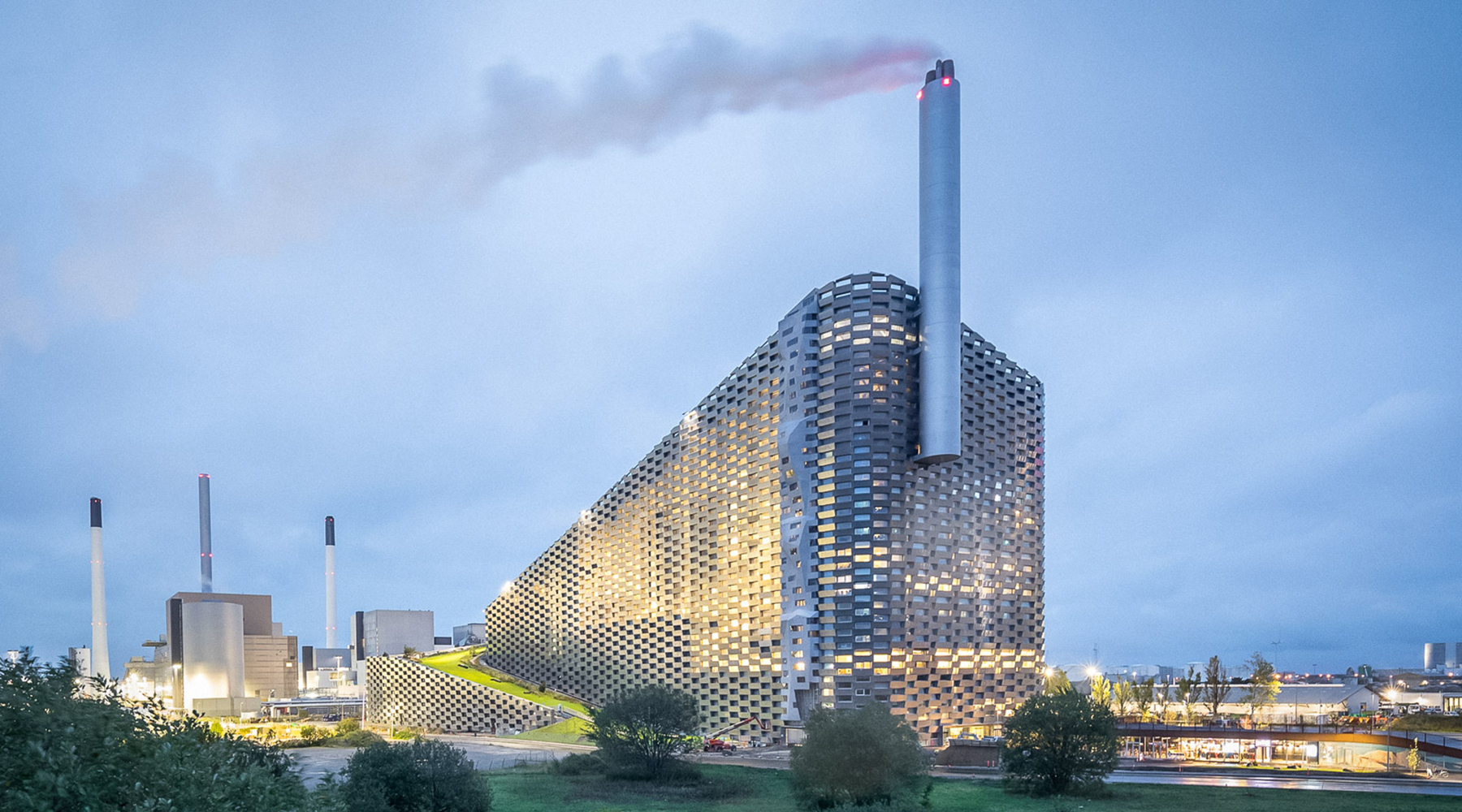