for thousands of years, humans have built extravagant structures to house some of mankind’s most precious and meaningful possessions. these ornate temples of knowledge have served as places of wonder and enlightenment for centuries, housing every potential document — from periodicals and prints, to manuscripts and maps. from the mighty halls of ancient alexandria to the coffered ceilings of the morgan library in new york, our fascination with libraries stretches back more than two millennia. 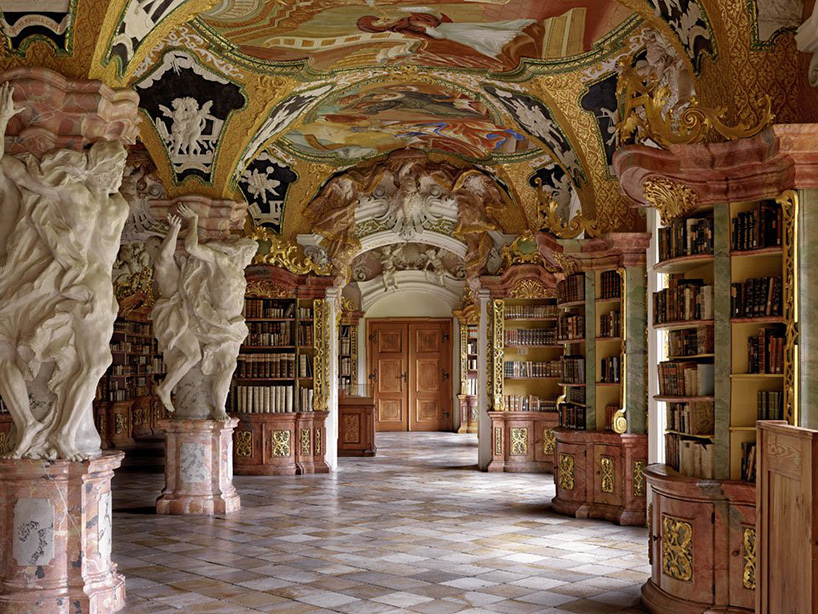 now, in a new book published by taschen, italian photographer massimo listri travels to some of the world’s oldest and most celebrated libraries, taking readers on a comprehensive photographic odyssey. from medieval institutions to 19th century book palaces, listri’s stunning full-page photographs capture the architectural and historical wonder of these almost sacred spaces. 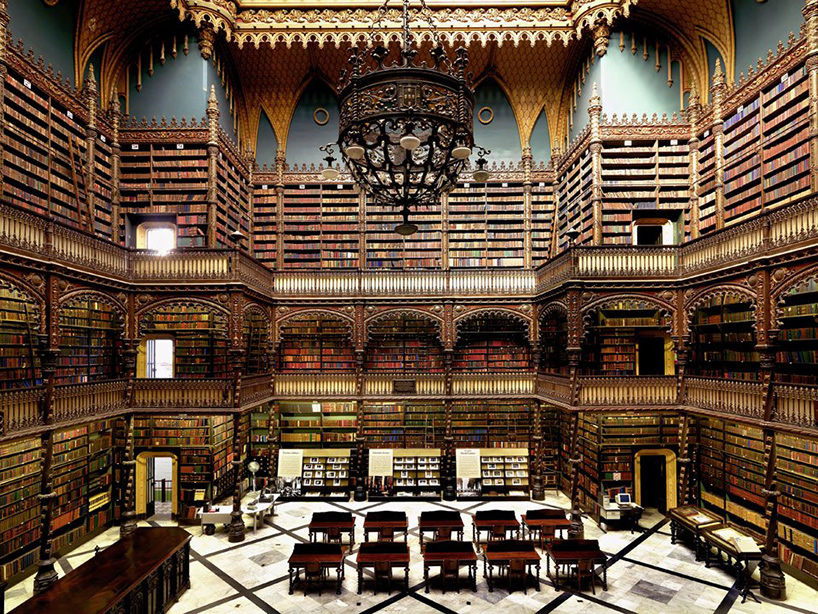 listri’s pilgrimage takes him through great wooden doors, up spiraling staircases, and along exquisite, shelf-lined corridors — some of which date as far back as 766. spanning medieval, classical, baroque, rococo, and 19th-century time periods, the photographs not only convey each library’s architectural detailing and priceless contents, but also their unique atmospheric qualities. 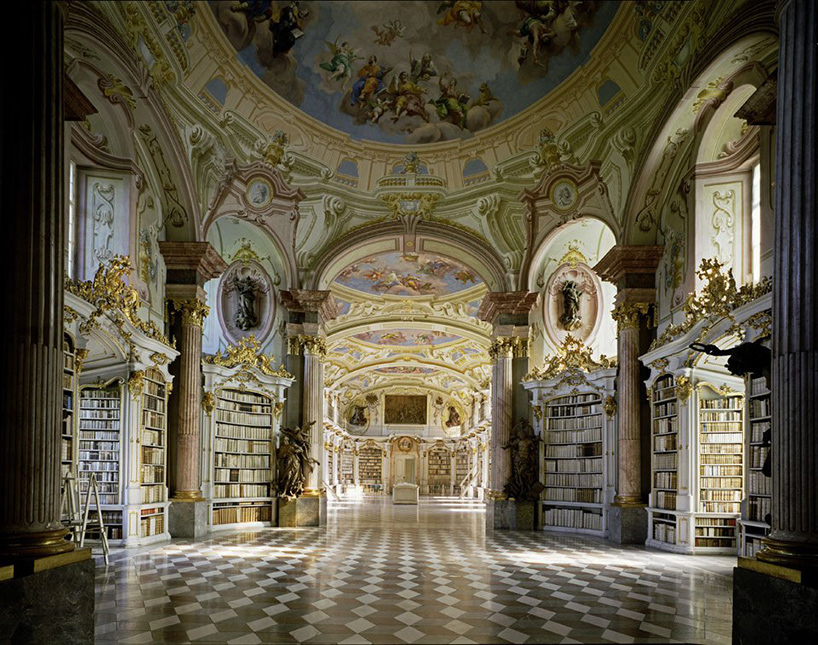 each comprehensively documented library is accompanied by a text that describes the prized possessions of the institution as well as providing relevant historical context. many have intriguing pasts, including austria’s altenburg abbey, an outpost of imperial catholicism repeatedly destroyed during the european wars of religion, and the franciscan monastery in lima, peru, with its collection of archival inquisition documents. 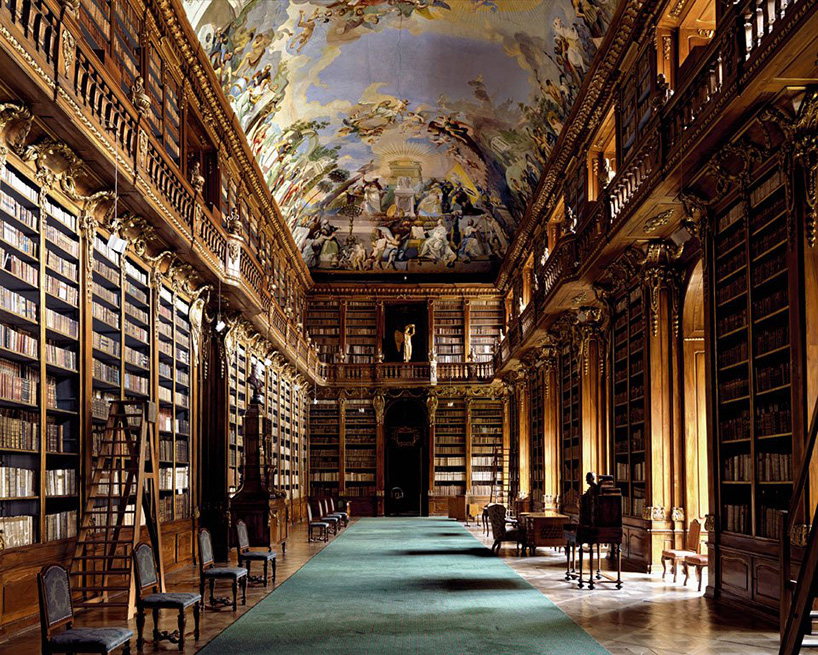 other featured libraries include the papal collections of the vatican apostolic library, dublin’s trinity college library, and the holdings of the laurentian library in florence — the private property of the powerful house of medici, designed by michelangelo. each outstanding private, public, educational, or monastic space offers a sense of intrigue of what could be found within ornately decorated walls or vaulted ceilings. 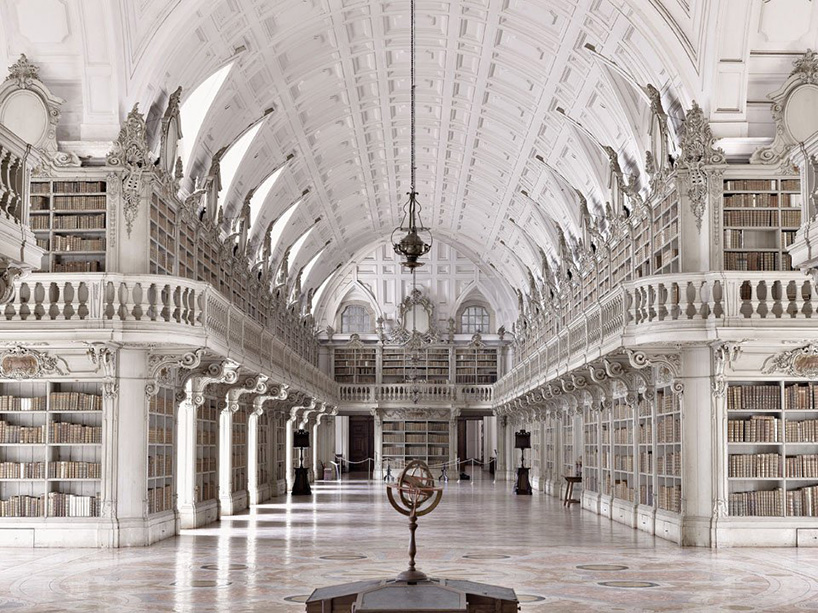 appropriately titled ‘the world’s most beautiful libraries’, the publication measures a generous 11.4 x 15.6 inches (29 x 39.5 cm) and comprises 560 vibrantly colored pages where listri’s photographs take center stage. the impressive hardcover is both a thorough and beautiful documentation of the most extraordinary interiors to house the written word and a triumphant celebration of their eternal allure. ‘massimo listri. the world’s most beautiful libraries’ is available via taschen’s website. 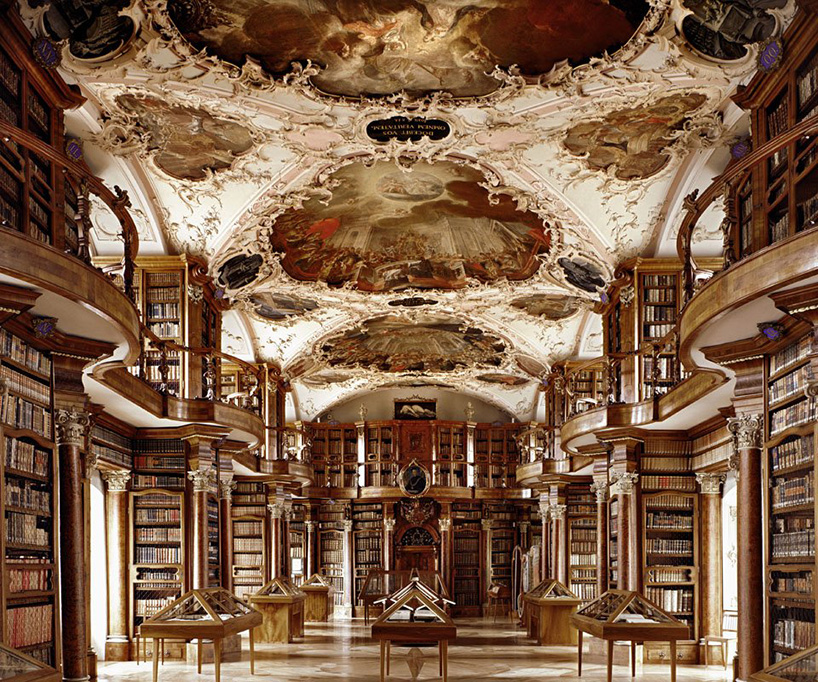 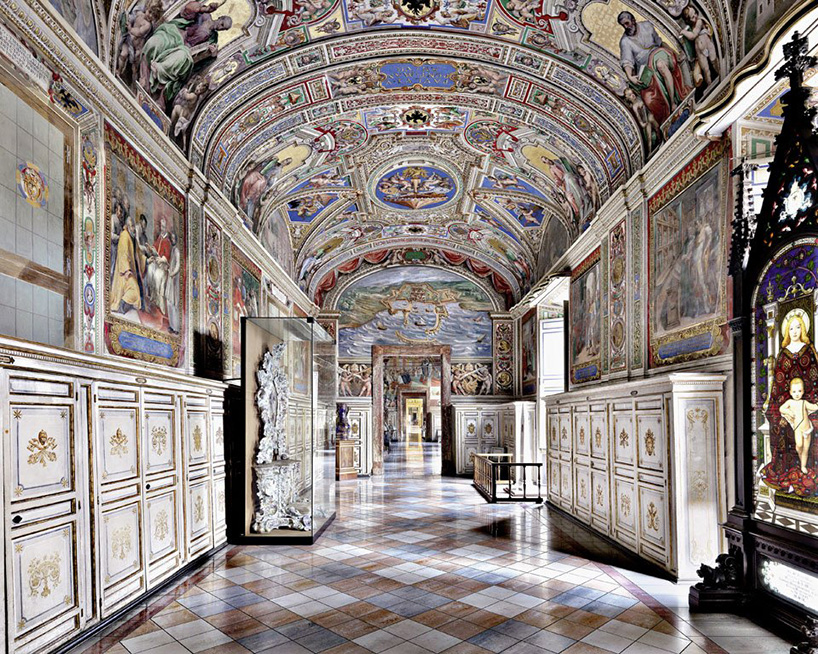 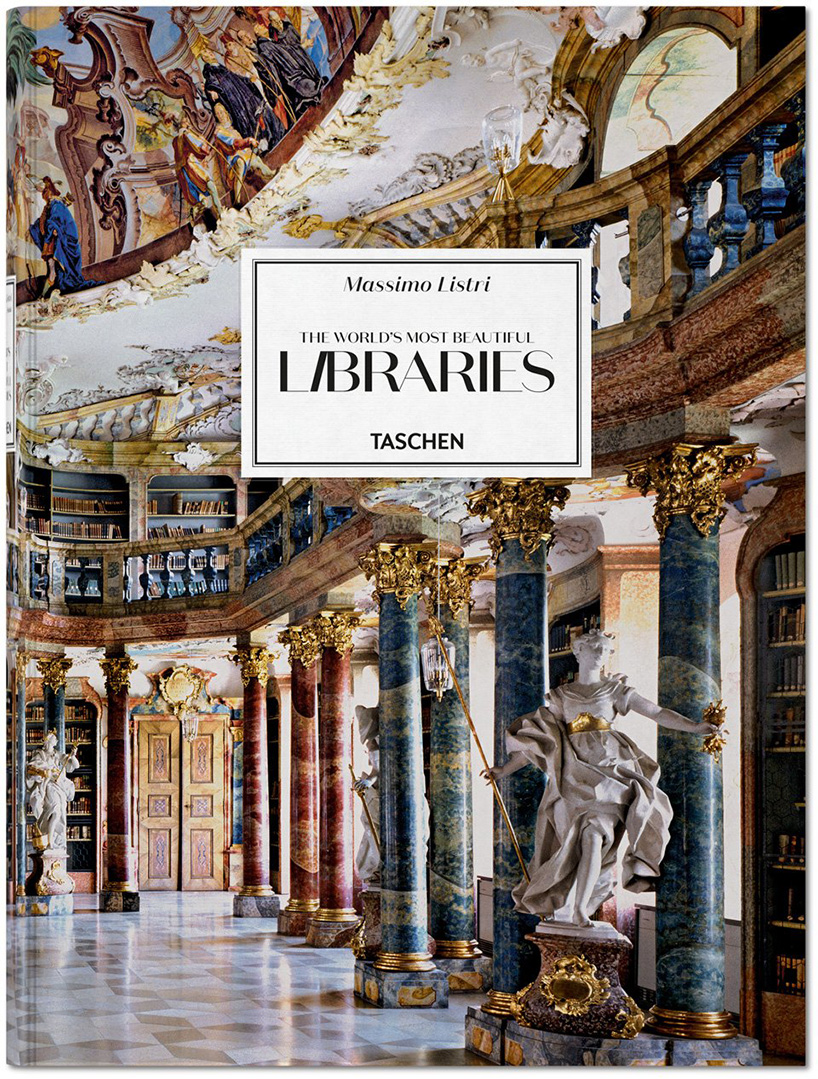