update (26 july 2013): the broad group, the chinese developers of the anticipated tallest building in the world, made waves with their initial announcement that they would complete the aptly named ‘sky city‘ in 90 days. in march 2013, they announced a new timeline of 7 months for the nearly 3,ooo-foot skyscraper, and the groundbreaking occurred on july 20th, 2013. just four days later, construction ground to a halt as chinese officials claim that the developers failed to get the proper governmental permissions and permits for anything besides obtaining 22 acres of land.

the broad group has already had success with the prefab skyscraper method with its 15 storey s9 building in shanghai: they delivered and assembled the 30 storey hotel structure in a mere 15 days. the extreme productivity is mainly due to a system of modules and prefabricated parts combined with a back-breaking timeline.

located just outside changsha, the rapidly developing waterfront area that will soon house a zaha hadid theater complex, the mixed use residential complex will house 31,000 people inside. approximately 83% of the vertical complex will be exclusively residential, while 3% will be reserved for office use. a hotel with a thousand person capacity and a school set to educate 4600 children is also planned for the veritable urban complex.

broad developers and broad sustainable development express and act on a serious concern for sustainable building technologies and CO2 emission reduction, touting many manifestos about green lifestyle tips and techniques. mechanisms to protect against solar gain and a network of green roofs express a commitment to the green cause, irrespective of scale. the 220 storey is set to top out at a height of 838 meters and cost a relative small sum of 628 million USD; a fraction of the cost of the current tallest building in the world, dubai’s burj khalifa. that mega structure cost about 1.5 billion USD and was built in an already extraordinarily fast five years. sky city ‘s statistics are particularly remarkable because the project aims to posit a solution to a larger goal of extreme urbanization and population growth both cheaply and with regard to environmental concerns. the site selection alone proposes a long-term metropolitan spread, with the assumption that changsha’s urban trajectory will engulf the megastructure. perhaps 200,000 tons of prefabricated steel components will result in a resolution to long-standing problems in urban development and alter the profession and priorities in architecture at large.

a walkthrough of the project video © different energy 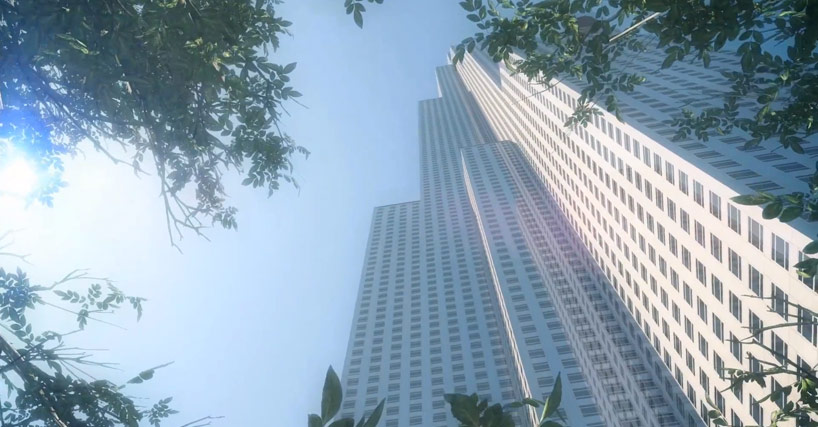 view up toward the tower 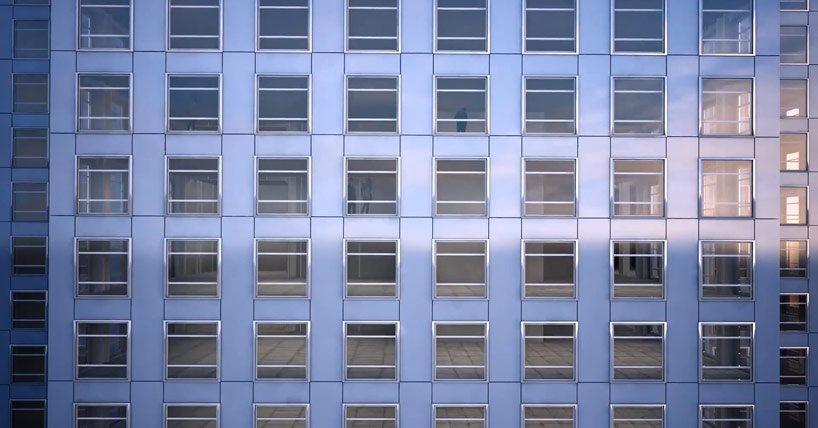 in a committment ot CO2 emission reduction and a sustainable lifestyle, mechanisms to guard against solar heat gain will be in place 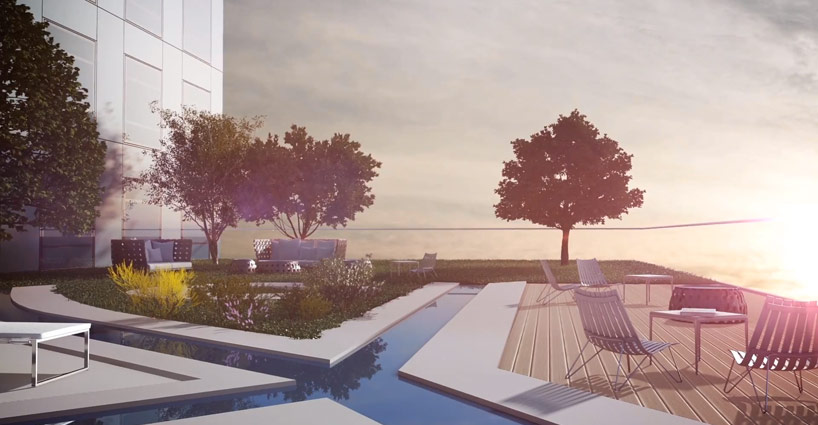 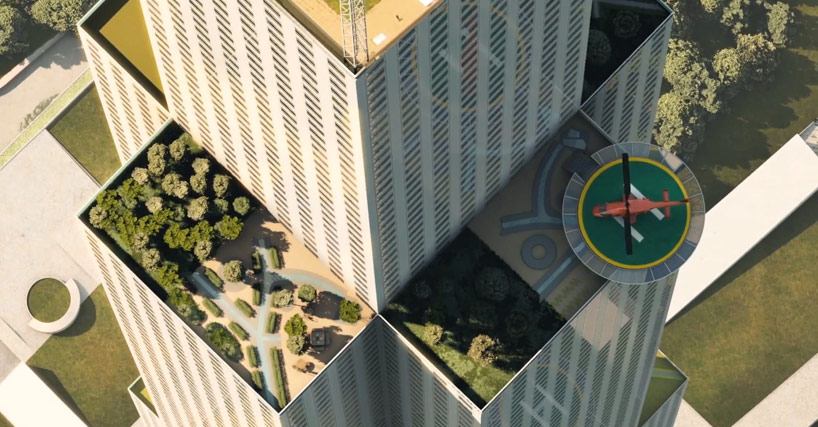 trees are envisioned all too many stories in the air 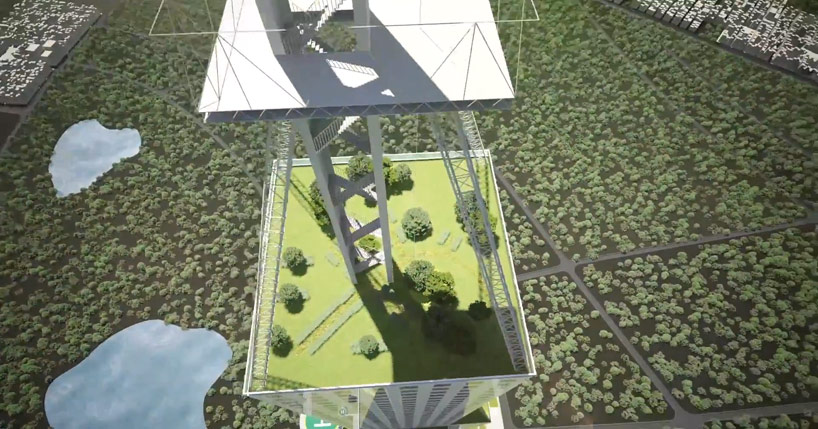 view down at the green roof 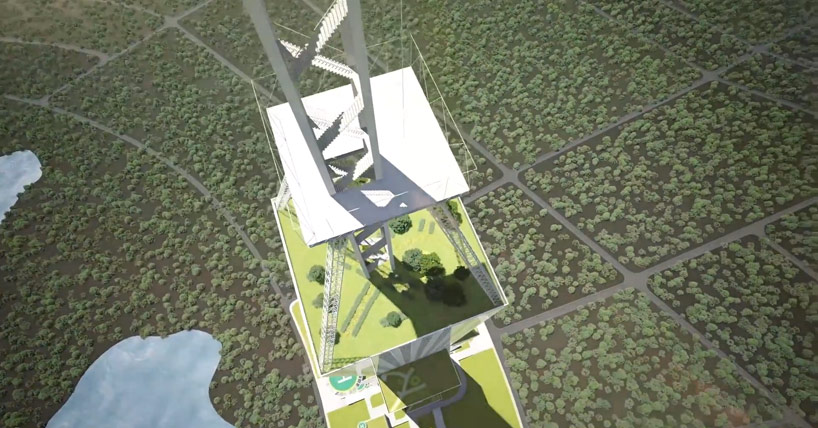 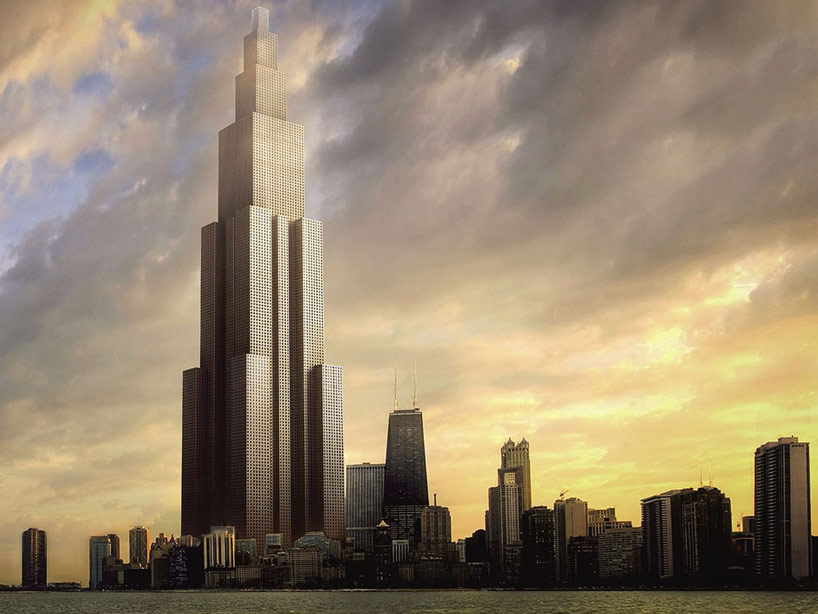 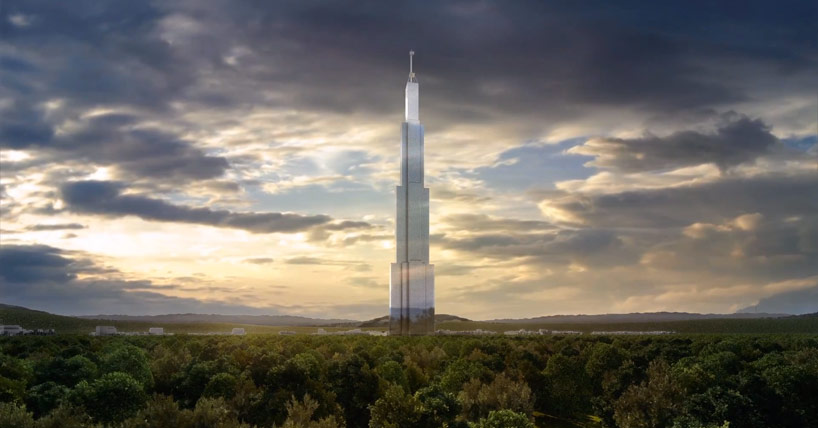 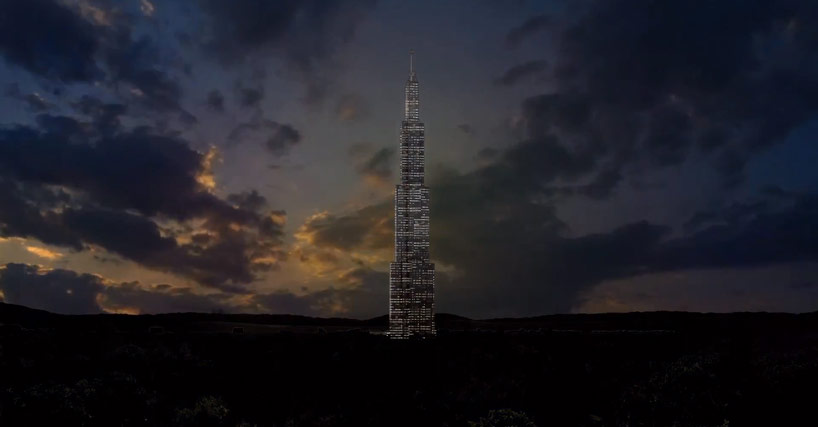 a graphic created by the national post diagrammatically shows a construction timeline, assembly and individual modules