students across schools at red clay consolidated school district in delaware, USA have participated in the completed the world’s tallest LEGO tower. specifically, a team of students from john dickinson high school in wilmington, sacrificed their entire summer to build the 112 foot tower— but their work paid off. at a recent ceremony and community-wide ‘towerfest,’ guinness book of world records has certified the structure as the officially the world’s tallest freestanding LEGO tower, edging out the previous 106 foot tower from prague. fueled by district-wide donations, the 11 storey creation is made up of over 500,000 interlocking plastic bricks and weighs nearly a ton. over the course of the past few months, groups of students have assembled sections of the LEGO tower, resulting is a polychrome plastic obelisk bearing names or imaginative patterns. on the value of such a project, district superintendent mervin daugherty said:

‘we want kids to get a message out of this…one kid could never put this together. but when we all work together, when we’re all a team, we can do something that people probably thought would be impossible.’ 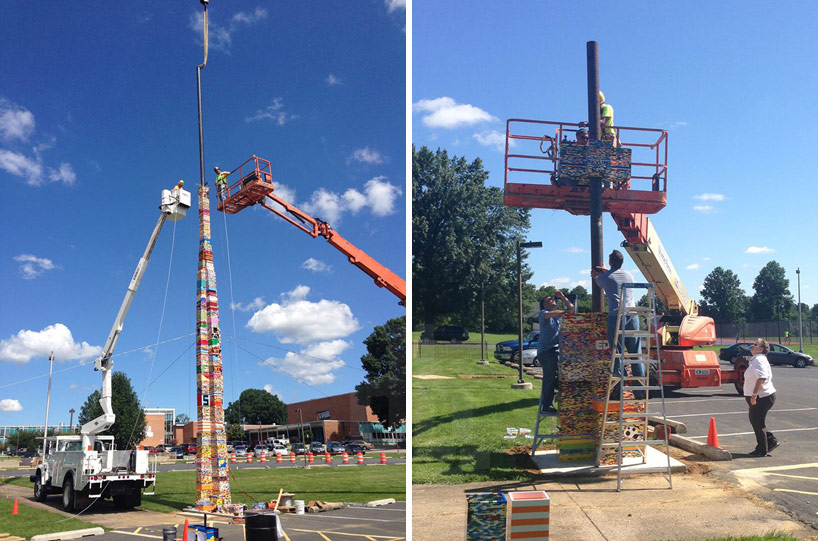 views of the tower in process 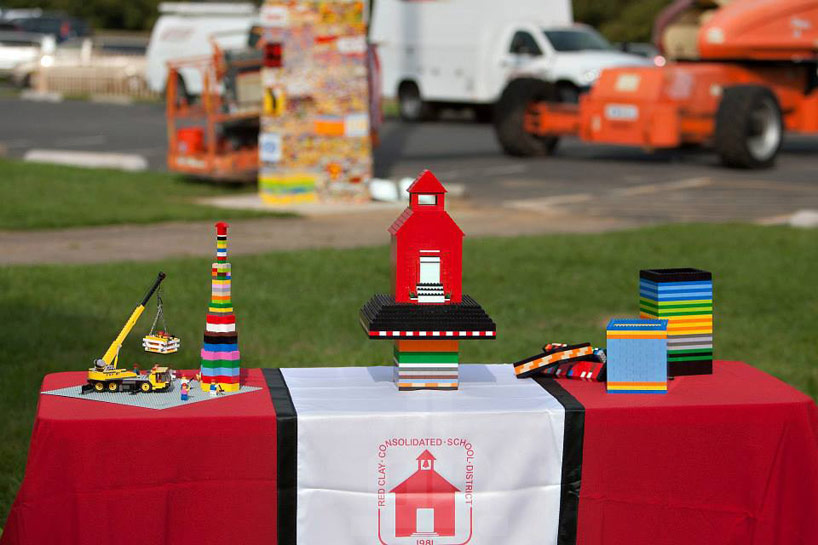