placing the last bricks on the tower

toronto, canada has a new claim to fame not only does is have the cn tower it now holds the record for the highest tower created from LEGO bricks. the LEGO tower construction began at the beginning of july and was completed last week. official LEGO builders from denmark were flown in to supervise the effort. a crane was needed to complete the tower standing at 29.3m made from 465 000 lego bricks. 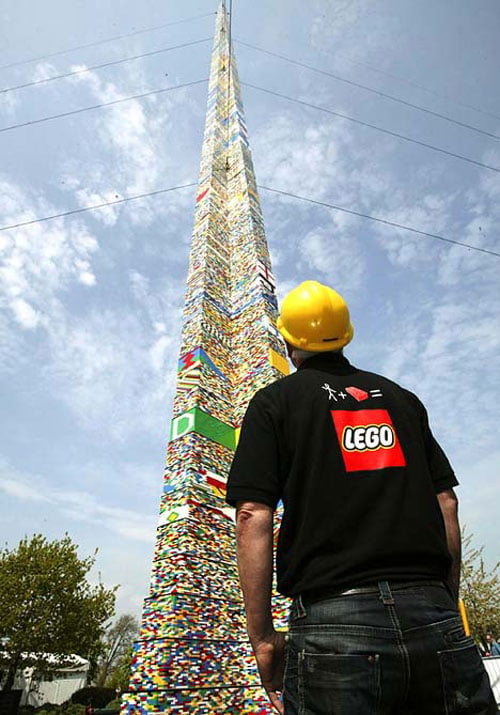 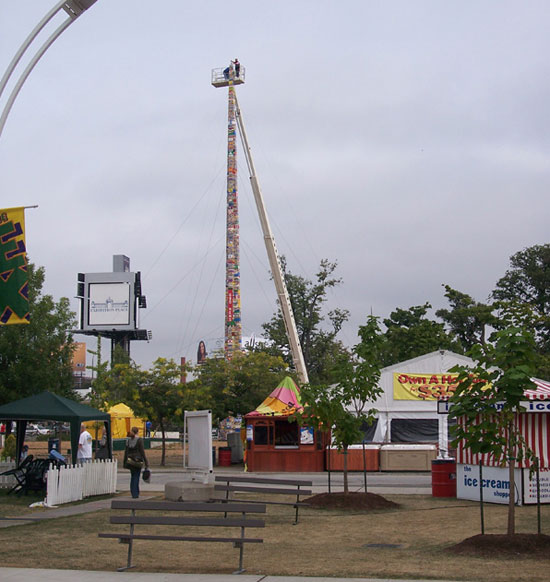 that crane sure was useful