the project arises from the demand of combining within a single symbolic object two different philosophical instances: the first one concerns the remembrance of russian avant-garde of constructivism, a fundamental moment in the story of art and architecture with el lissitzky as its main theorist; the second position, instead, pertains to the reinterpretation of the constructivist ideals in a contemporary way. the primary conceptual demand appropriates the theoretical shape designated by el lissitzky as the “lenin tribune” based on an unbuilt project from 1920. characterized by absolute dynamism, industrial materials are shown with their original essence. this primitive element is extruded along an horizontal guideline, up to create a real monolithic object and impressive space. the stage-like slope inclined at 45° contains a staircase on the frontside that makes it entirely accessible and walkable for the community; from the top you can lean toward the surrounding square and the whole city, allowing for the creation of an event space while becoming an icon on the novosibirsk skyline. a second conceptual framework develops the idea of “pushing”contemporaneity to the extreme. the concept of information is expanded to the skin covering the entire monument along both sides. two led displays are located on either side of the structure to allow the dispersion and the representation of as much information as possible on a large scale. a frontal touch screen makes for human interaction with the form, while the ground level contains a pool of water to help consolidate the public space with a pool in the summer and an ice arena in the winter. information, public space and technology meet in one monumental object. 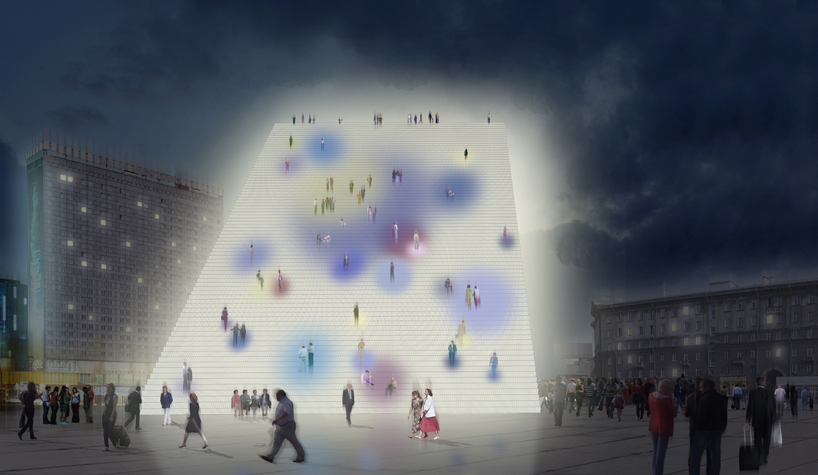 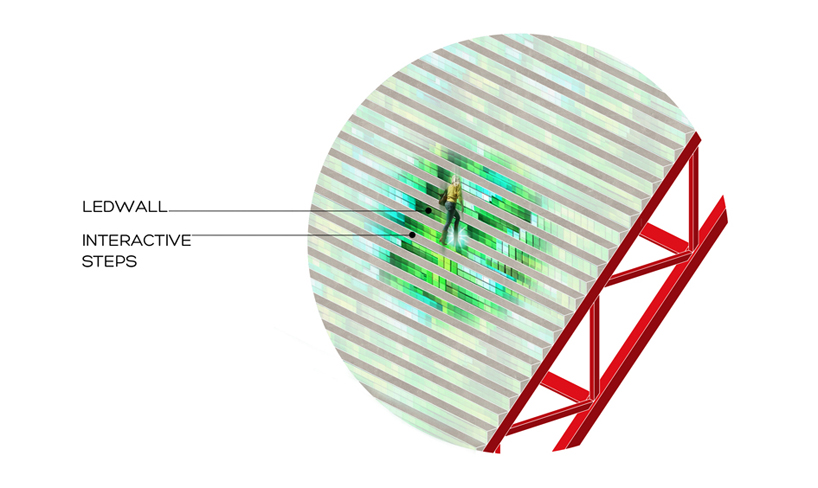 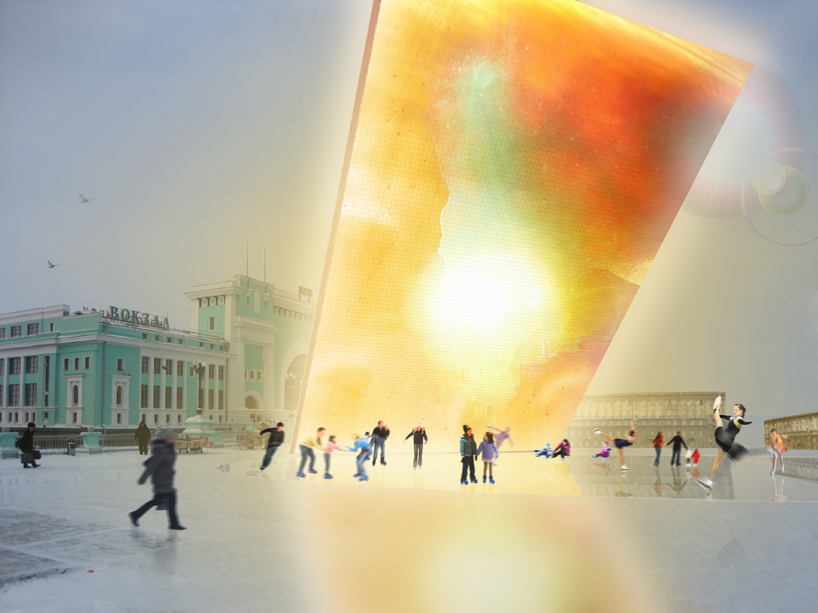 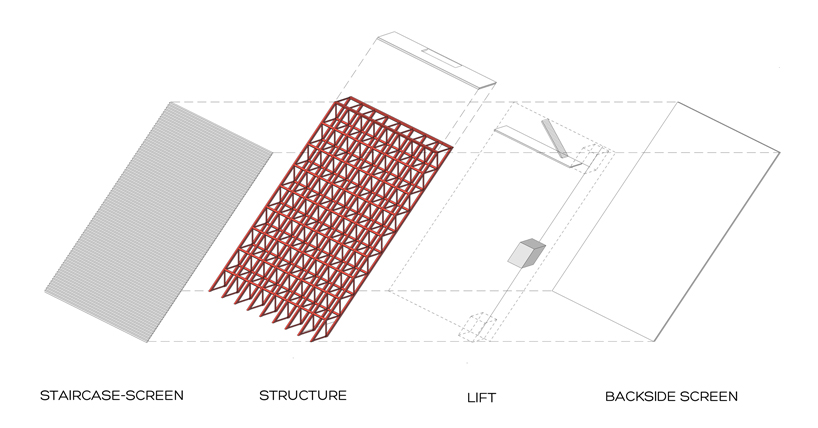 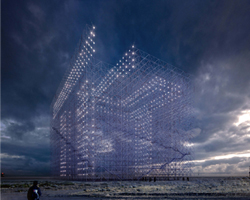 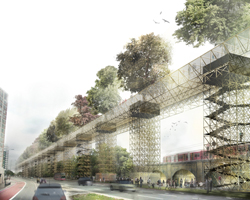 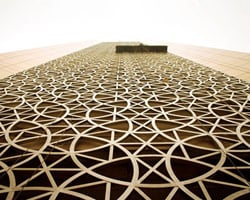 Apr 24, 2013
trade center for i principi d'italia by MDU architetti 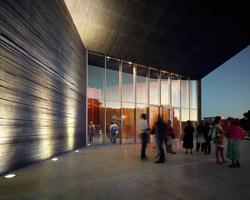 Feb 26, 2021
foster + partners plans international airport for saudi arabia's red sea project
the airport's location is within eight hours of 80% of the world's population, and will include facilities for seaplanes and helicopters.
architecture
0 shares
connections: +380