german office wurm + wurm architekten have redesigned the production plant of auma, a company who specialize in the development and building of electric actuators and gearboxes. reasoning that the original premises did not offer the business sufficient opportunity to expand, the organization decided to purchase a neighboring plot of land and construct a new manufacturing space in addition to redeveloping the existing site. 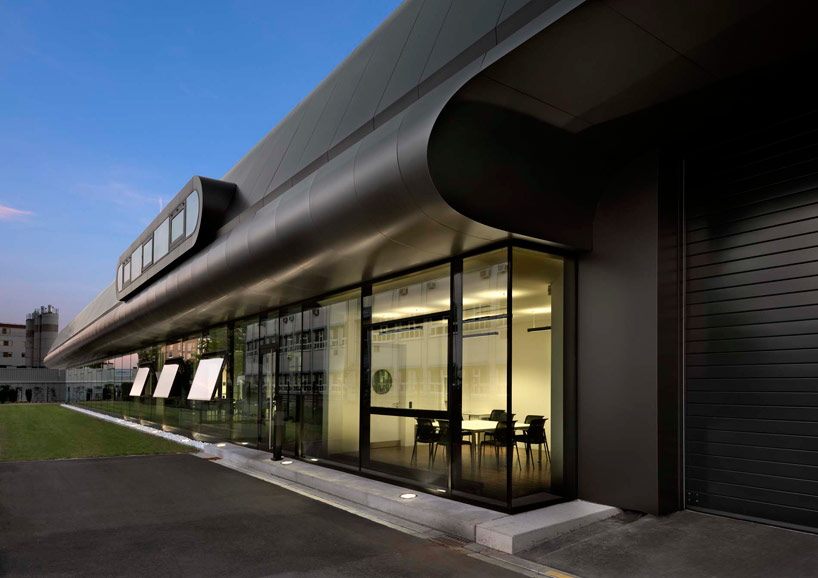 enabling the factory to continue operations uninterrupted, the project was carried out over a number of years. stage one of the process began in 2009 and involved the construction of a production hall and loading bay. after relocating to the new site in january 2011, the previously existing building was redeveloped, upgrading of the firm’s technology. 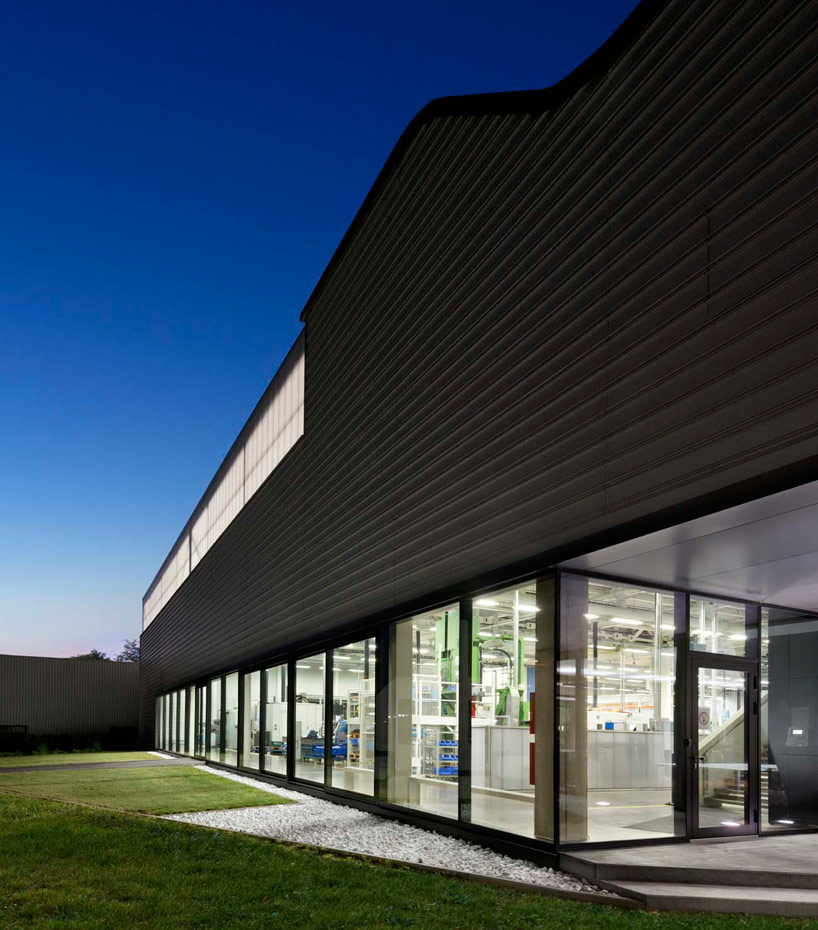 the exterior of the design is characterized by a gently reclining black façade enveloping the plant’s entrance and extending across the eastern elevation. internally, the large production area at ground level is surrounded by new offices and brightly lit conference rooms, while an upper storey houses a canteen and changing rooms for the company’s employees. 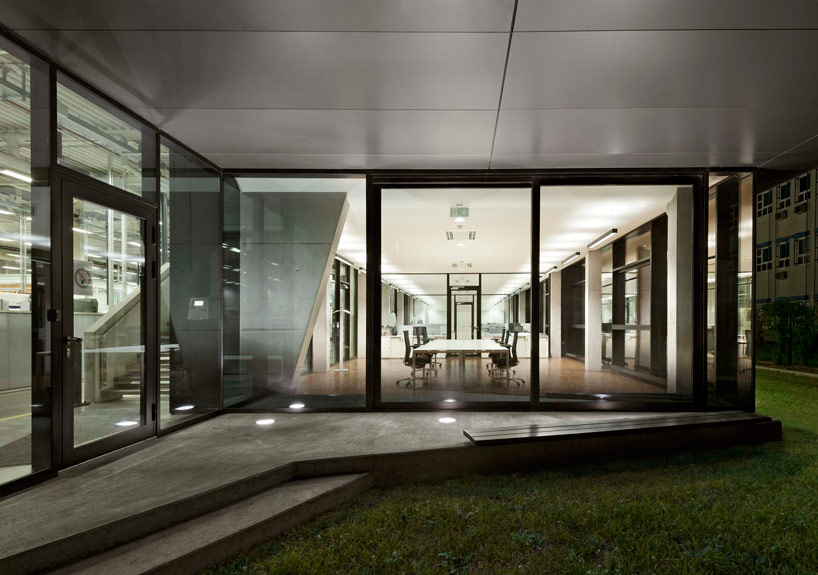 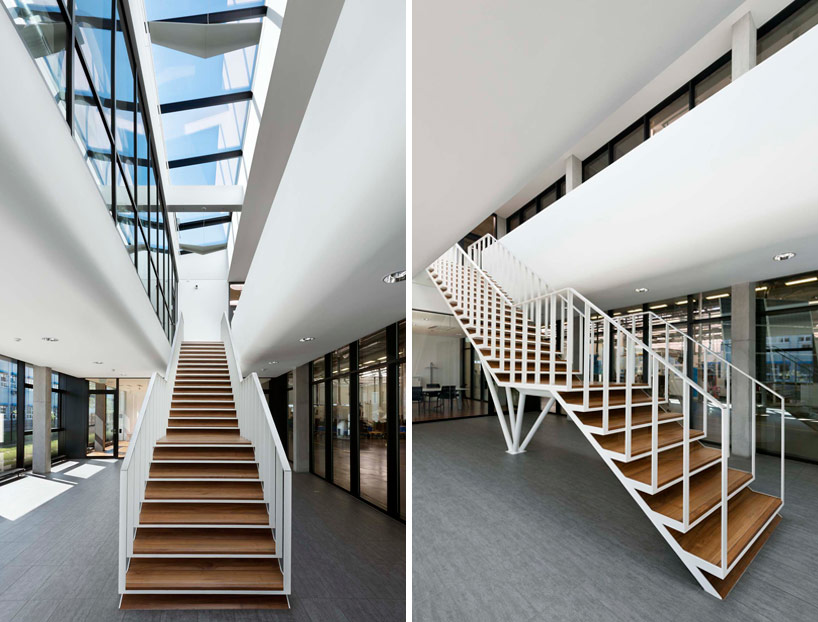 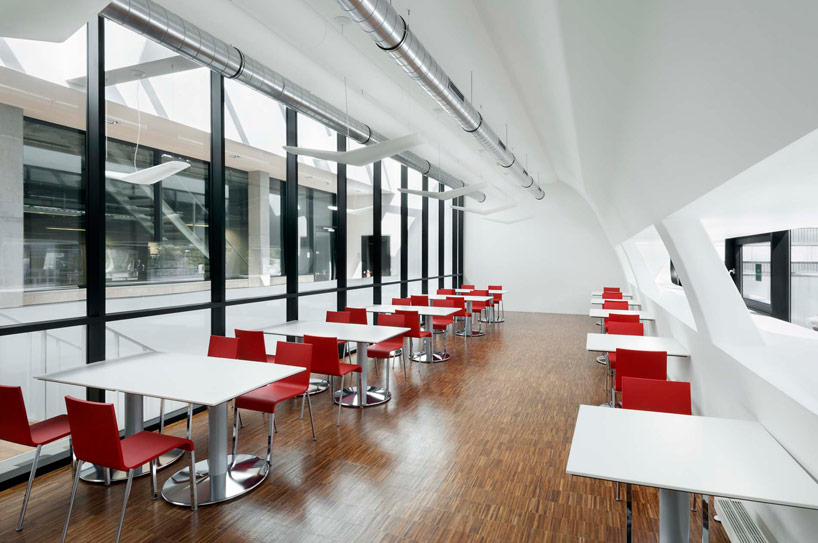 the canteen on the upper level
photo by ester havlova 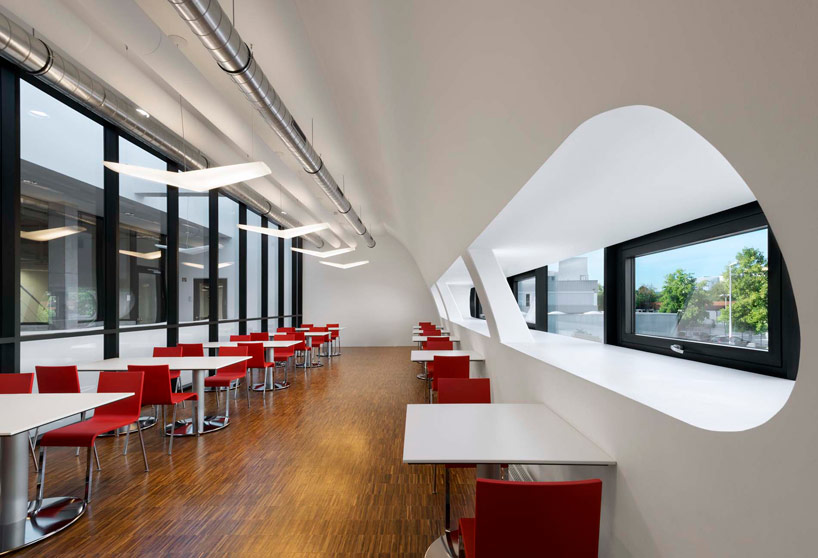 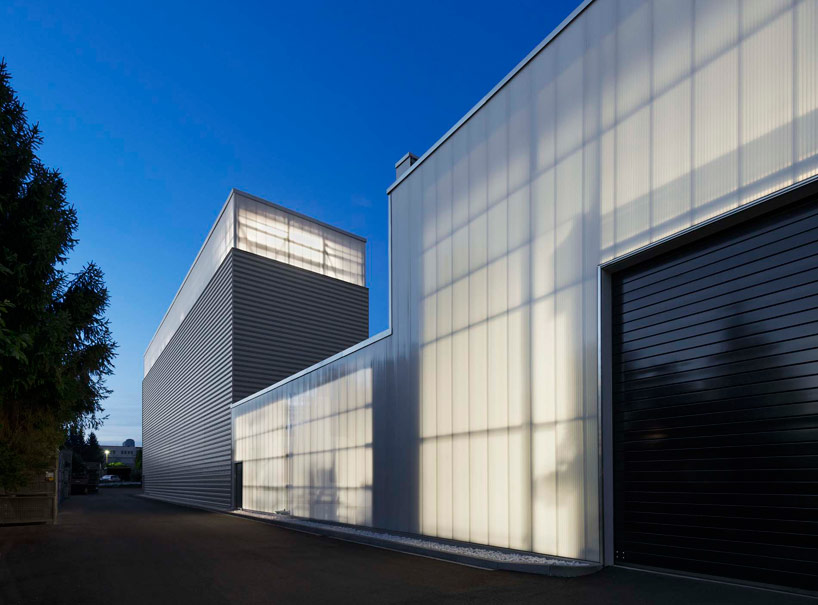 vertical section of the stairway 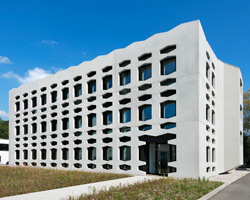