for the adaptive reuse of an empty industrial facility in jena, germany, wurm+wurm architekten has realized an enlarged structure to house three levels of office space. titled ‘neutrabuilding’, the project did away with the existing single-storey façade to make way for a predominantly glass envelope. outboard of this, a thick shell of precast concrete panels wraps the façades to provide protection from excessive thermal gain. this robust veil is patterned with hexagonal openings, which allow for views from the interior spaces while creating an expressive identity for the building. 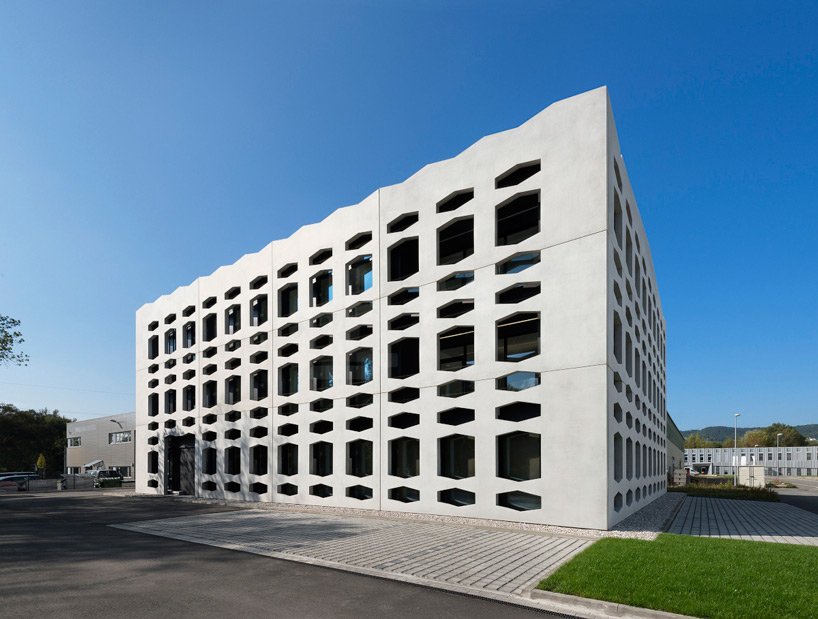 the building enlargement involved a thorough structural upgrade. the existing framework was supported with new columns, which extend upward two levels, while an elevator core of reinforced concrete supply additional and necessary stability. behind the perforated frontage, the facility’s glass and aluminum enclosure provides large windows to allow for luminous and contemporary office spaces. 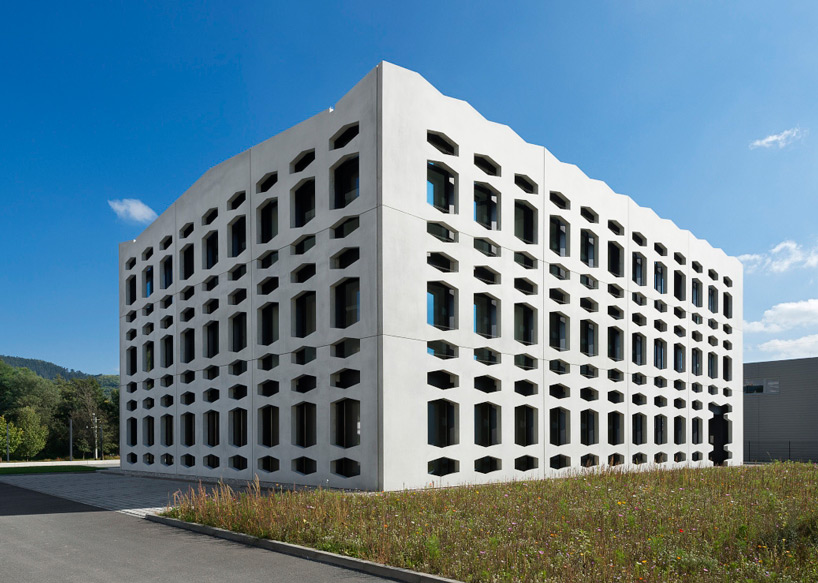 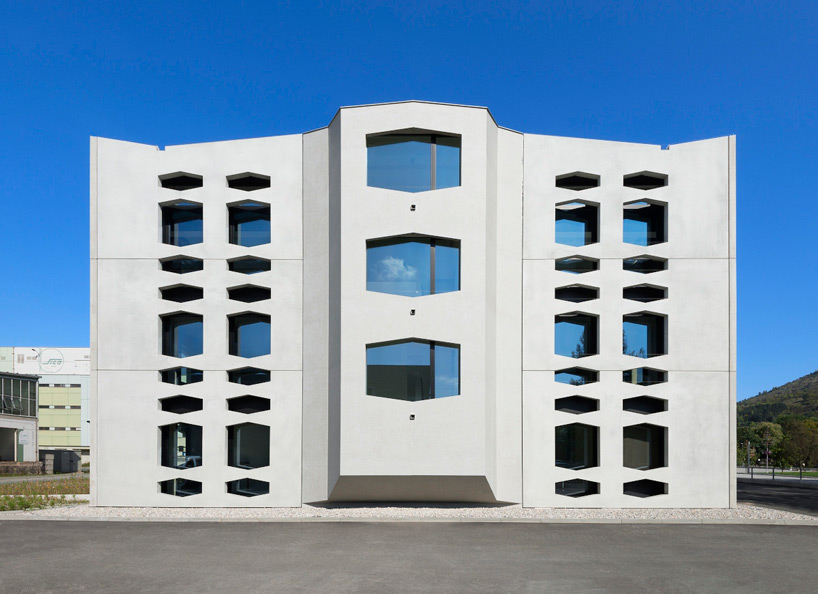 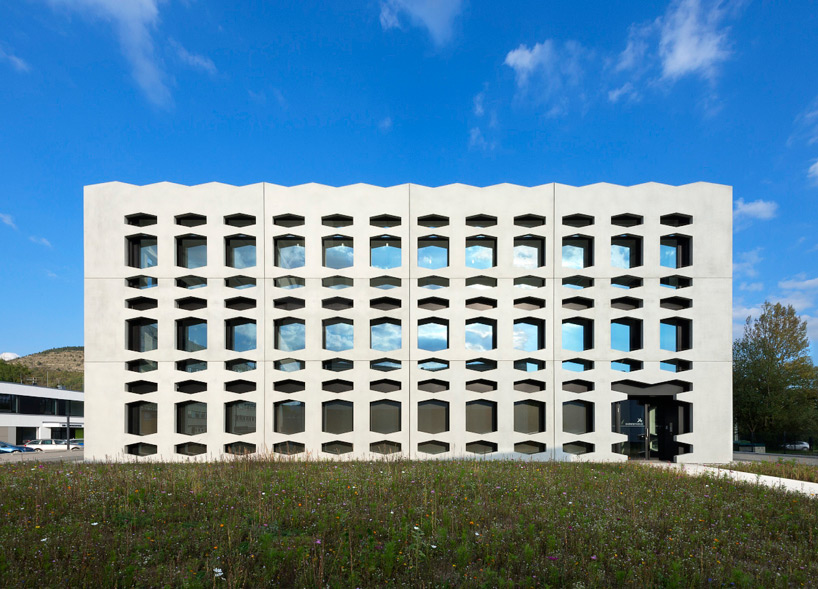 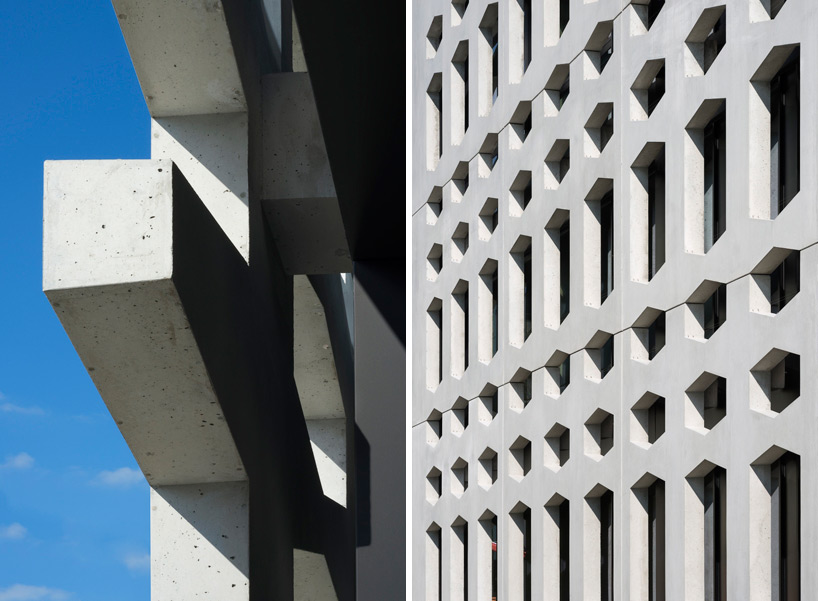 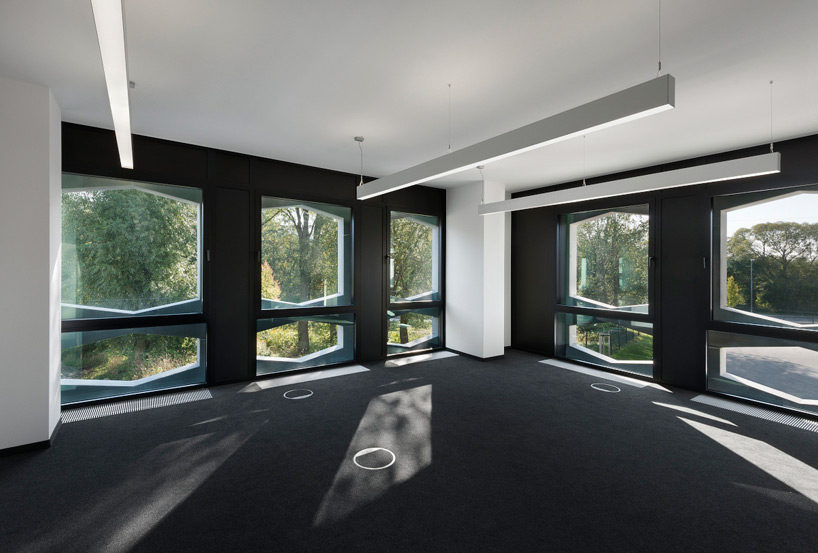 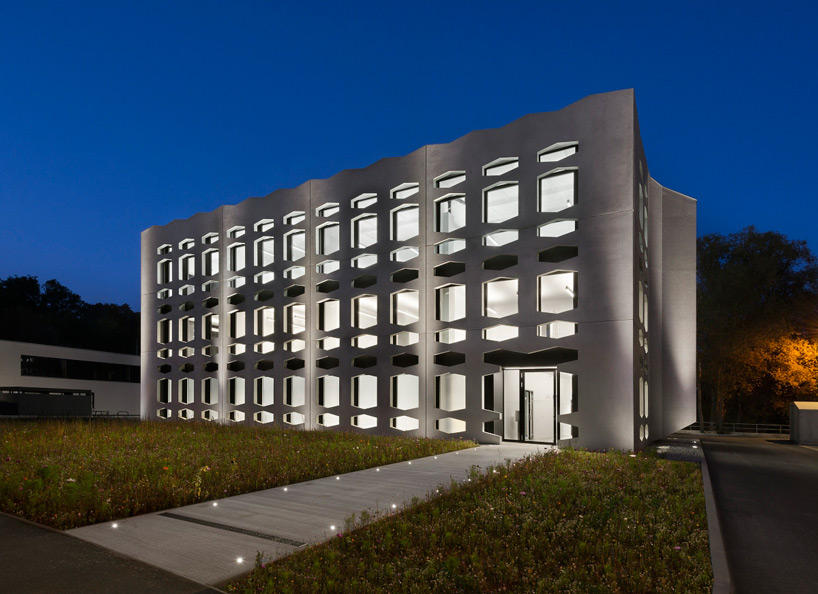 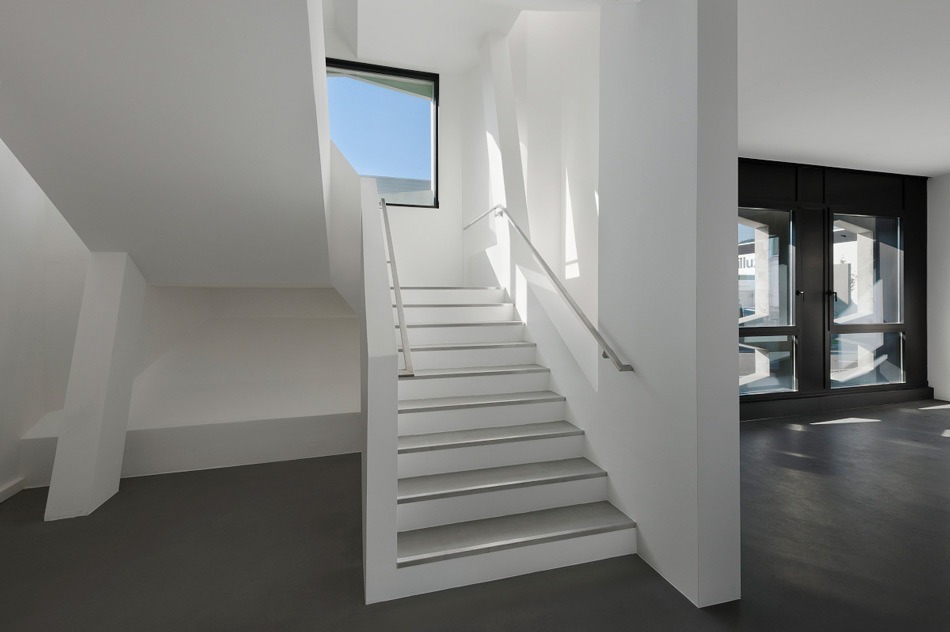 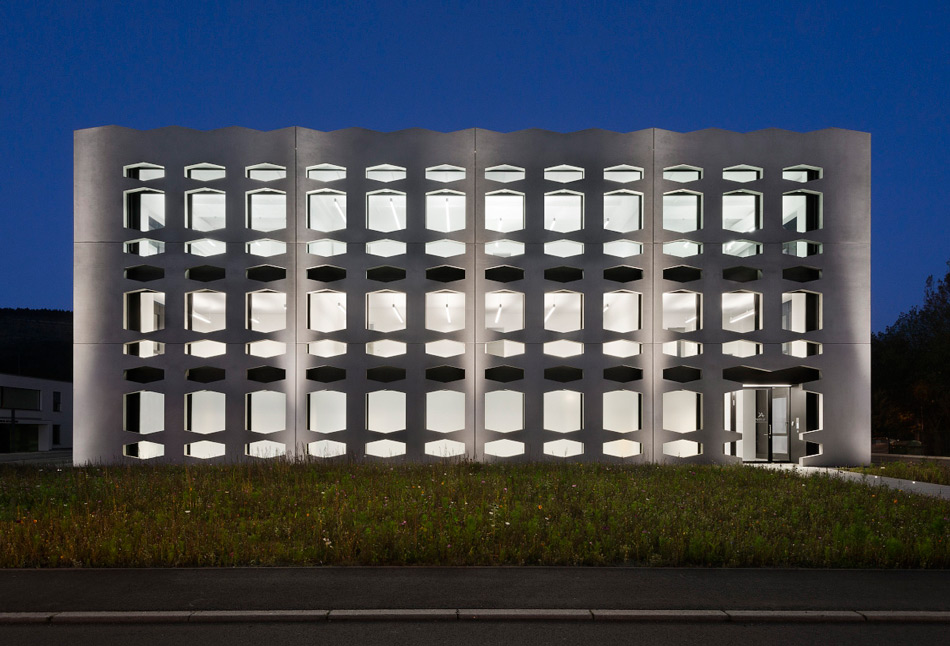 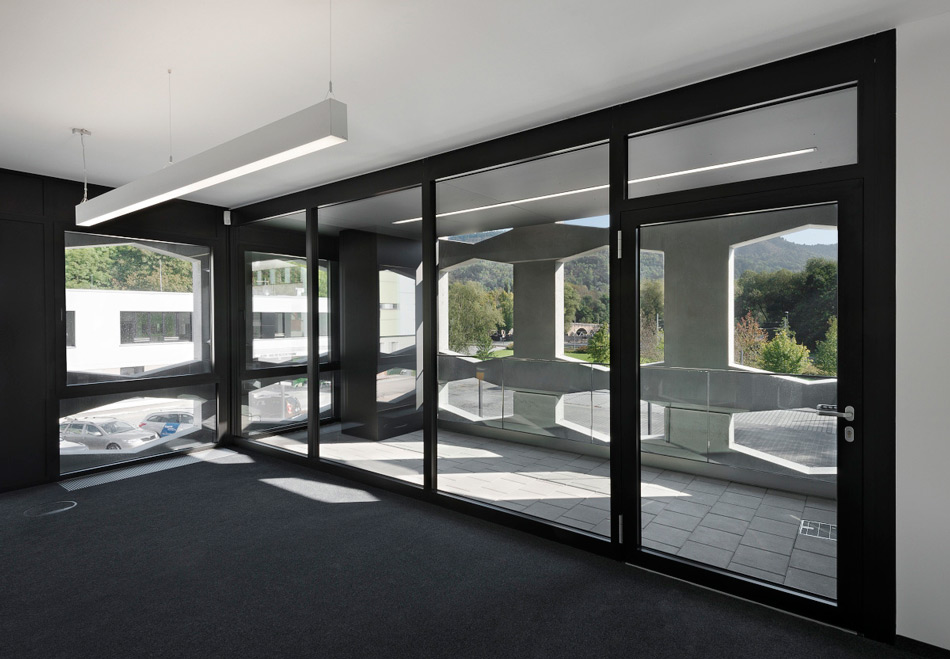 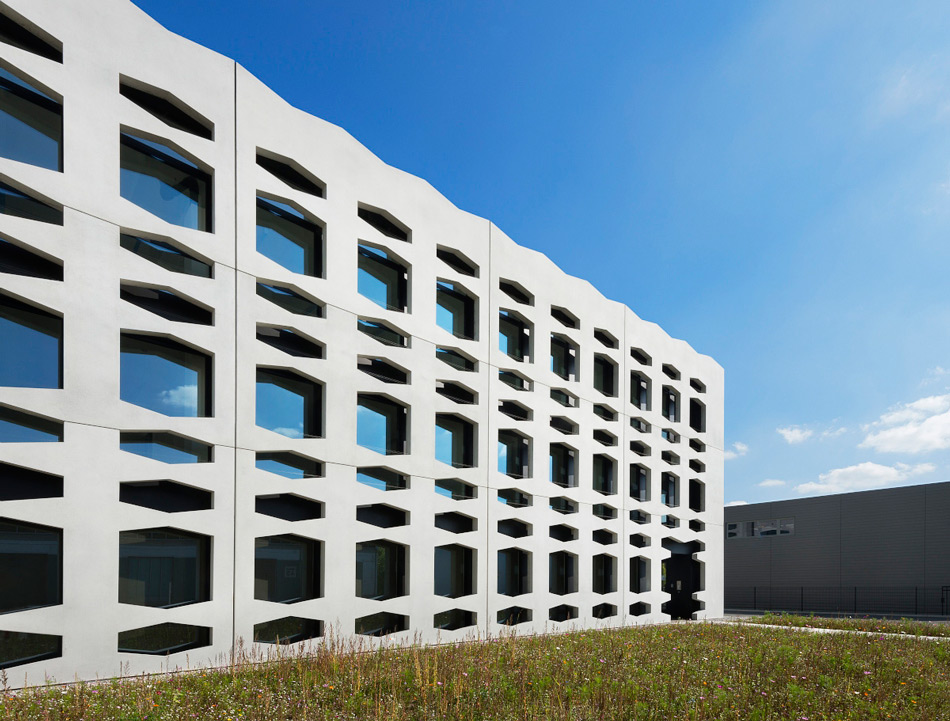 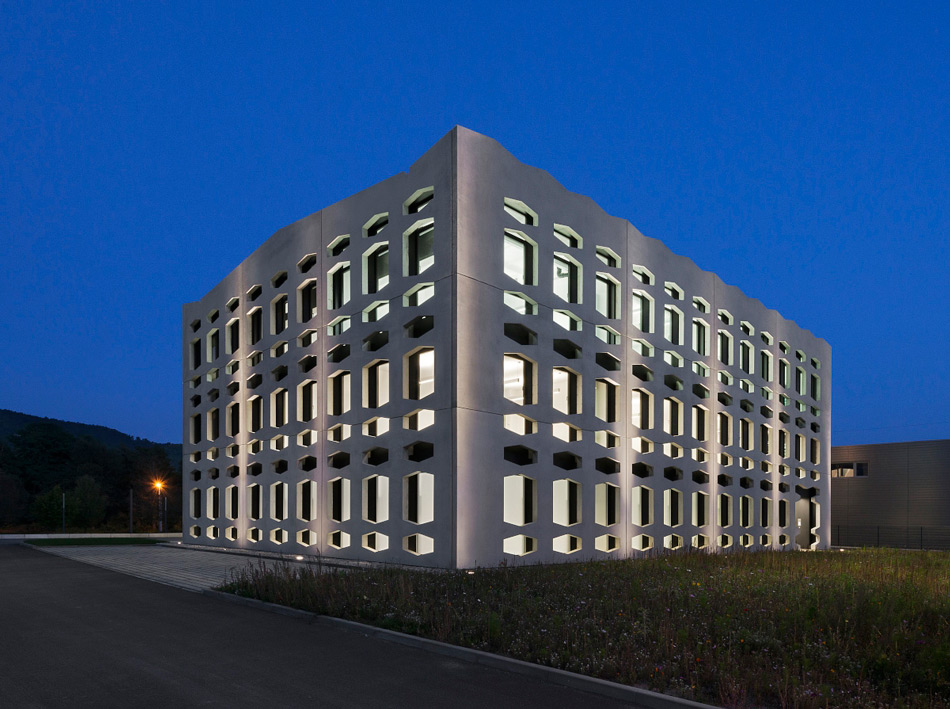 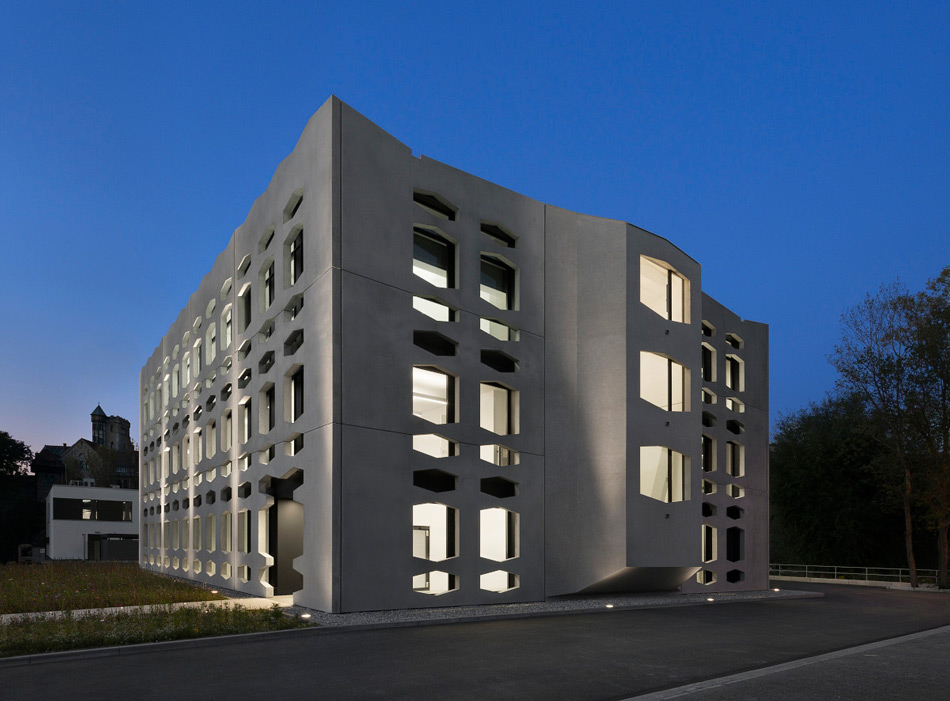 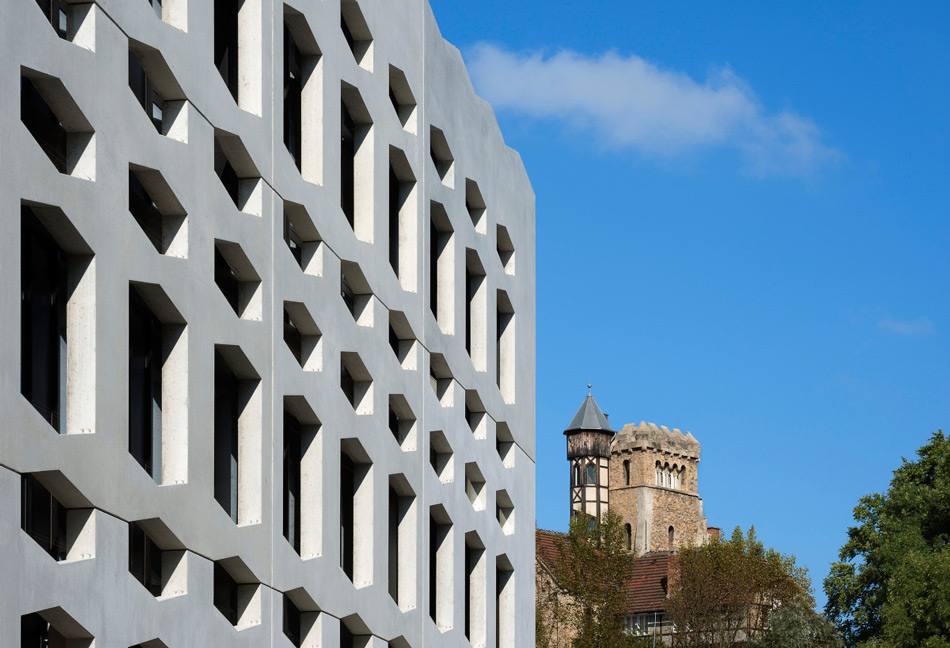 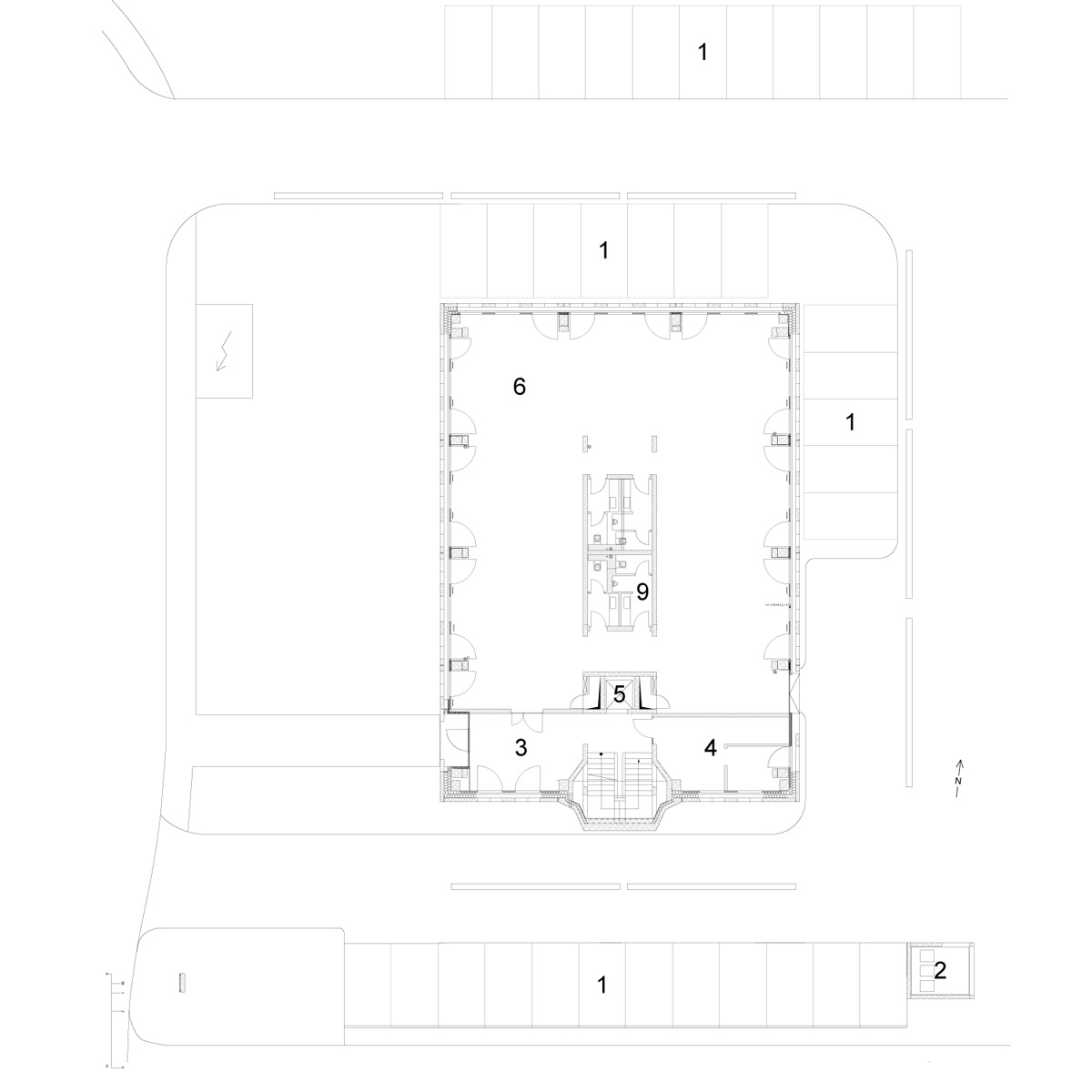 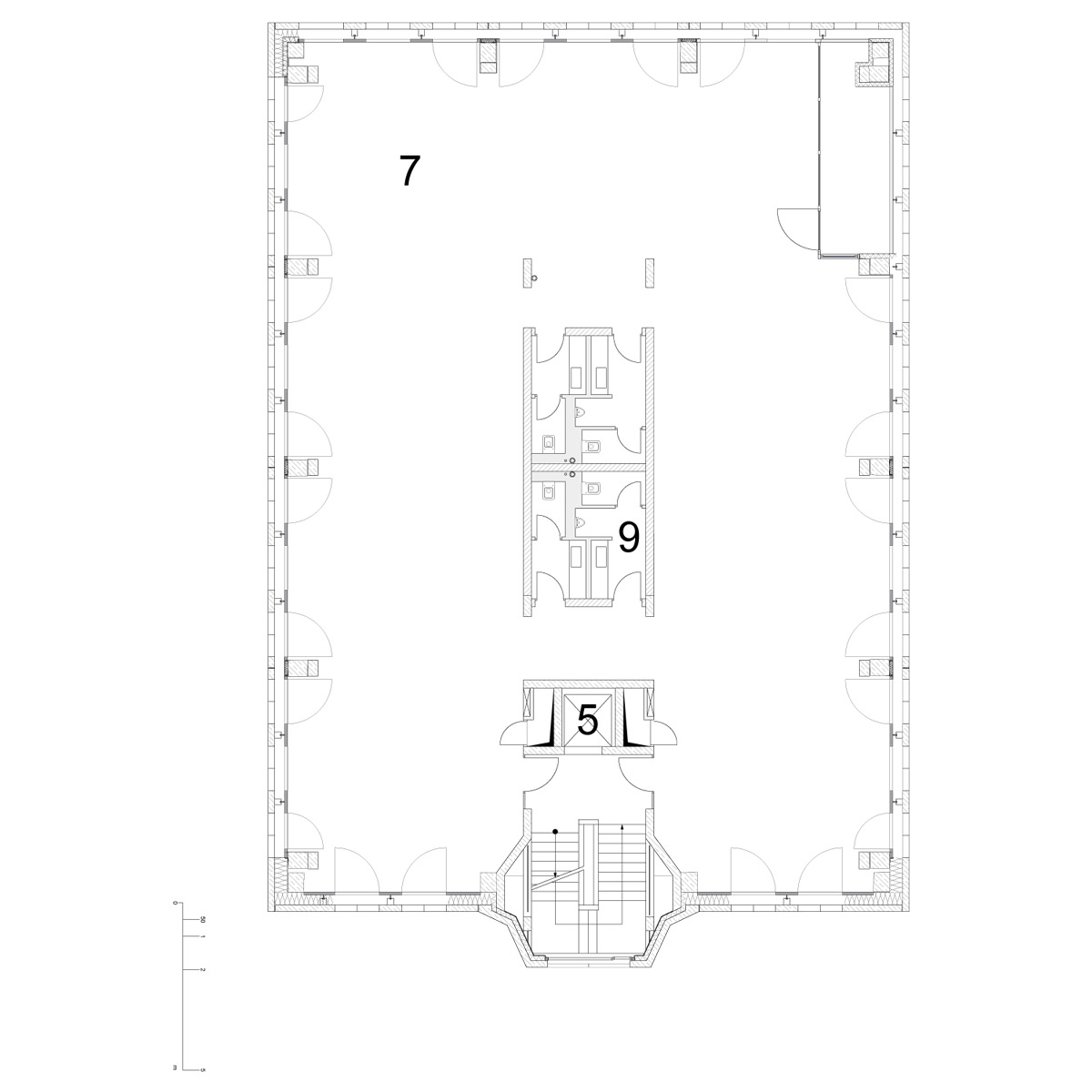 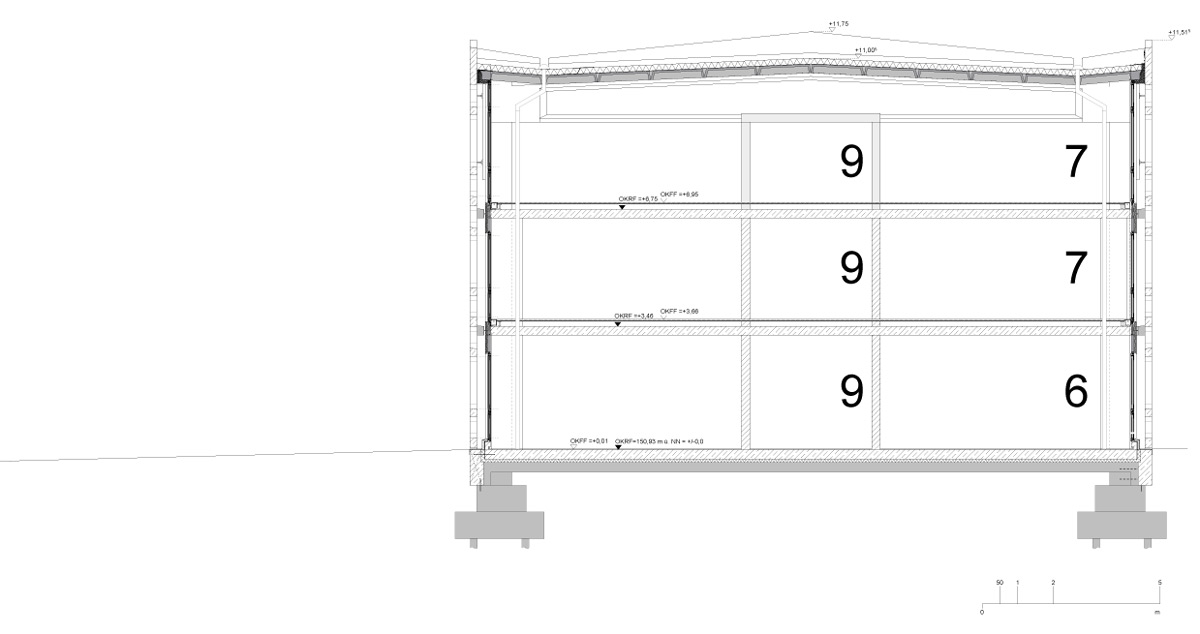 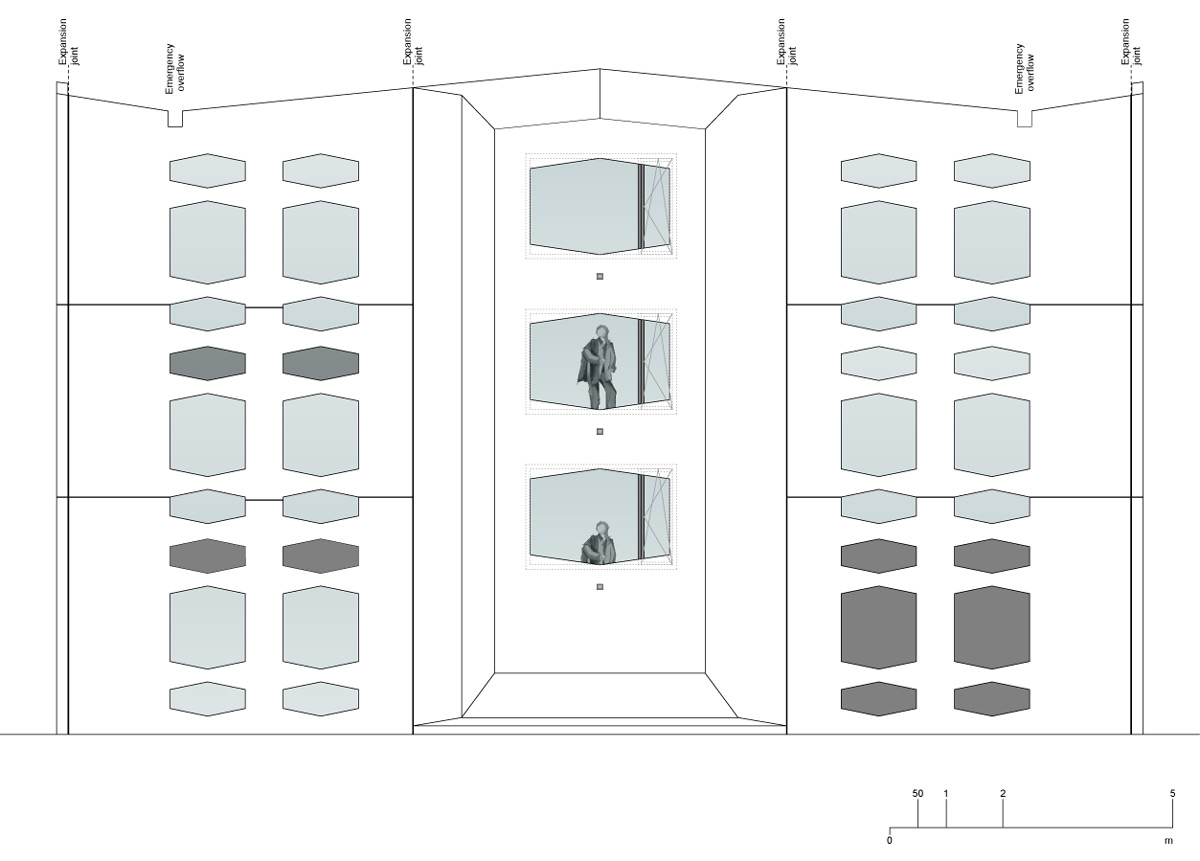 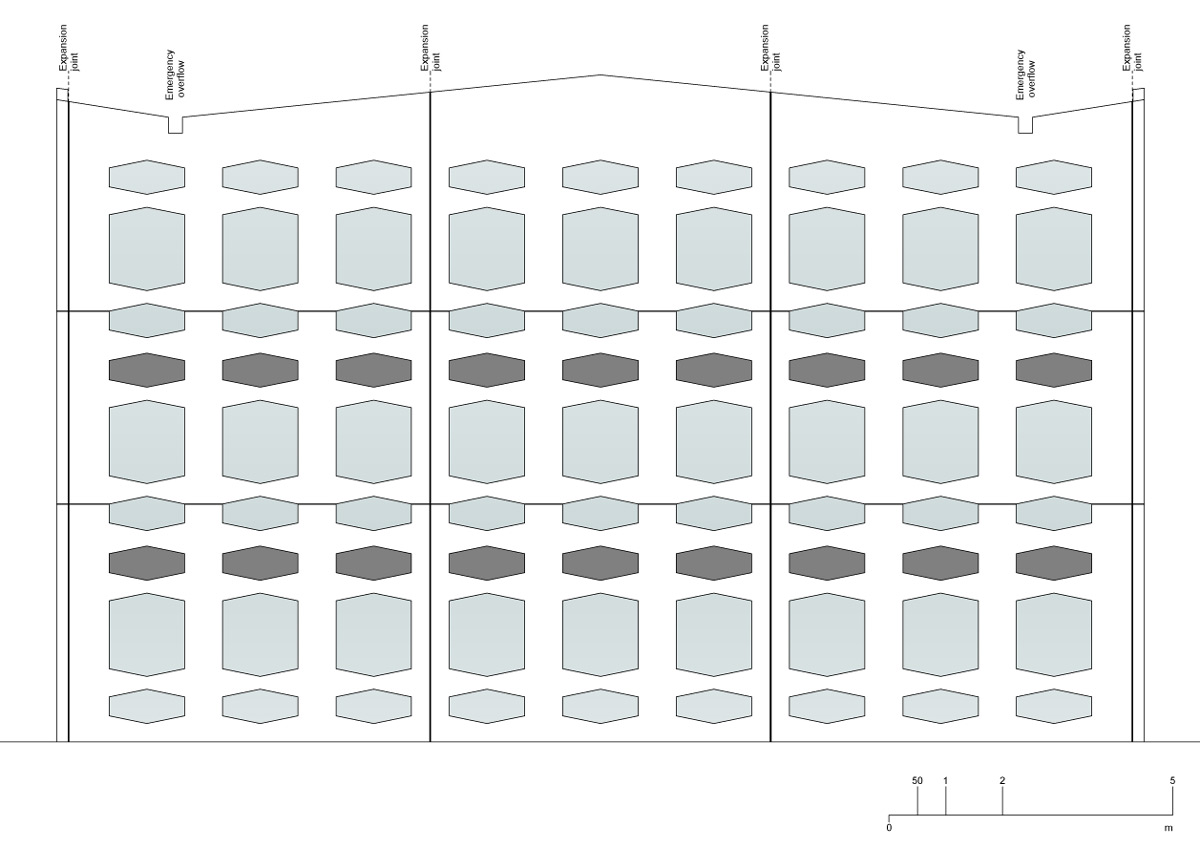 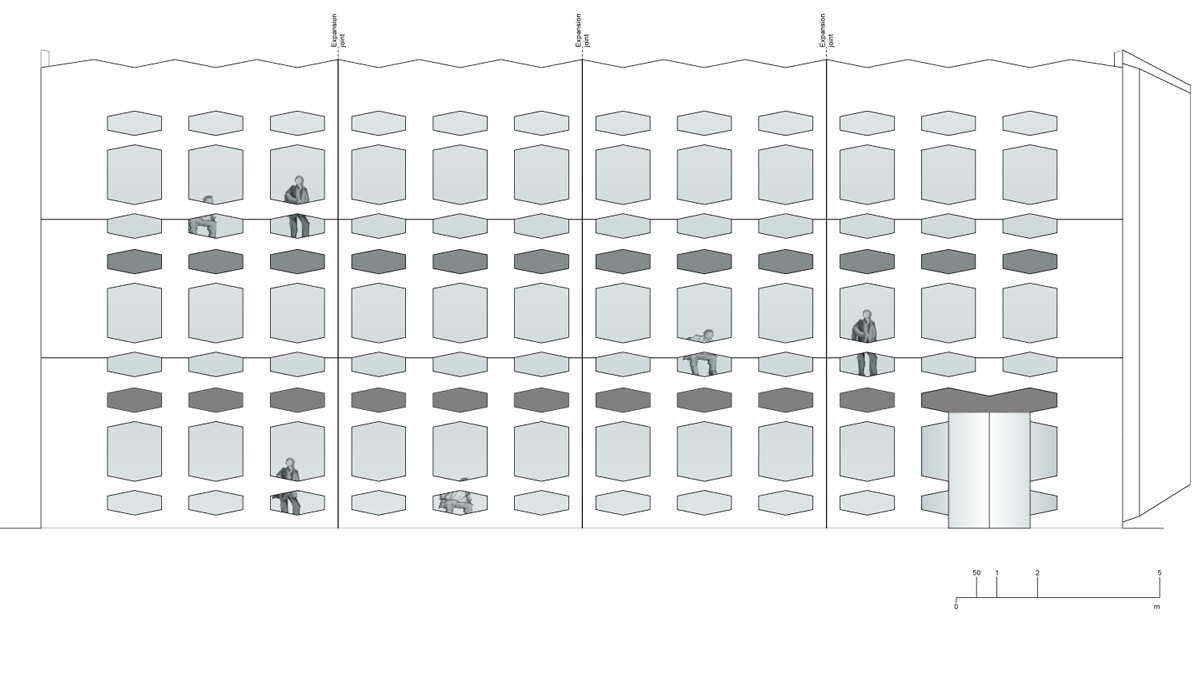 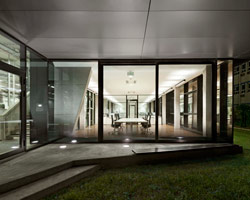