austrian practice x architekten has completed ‘ pastoral care center’, a two-storey secular complex in linz, austria. located on the site of the steel company voestalpine, the design seeks to bridge the gap between the main roads and industrial estates with a new identity and purpose. 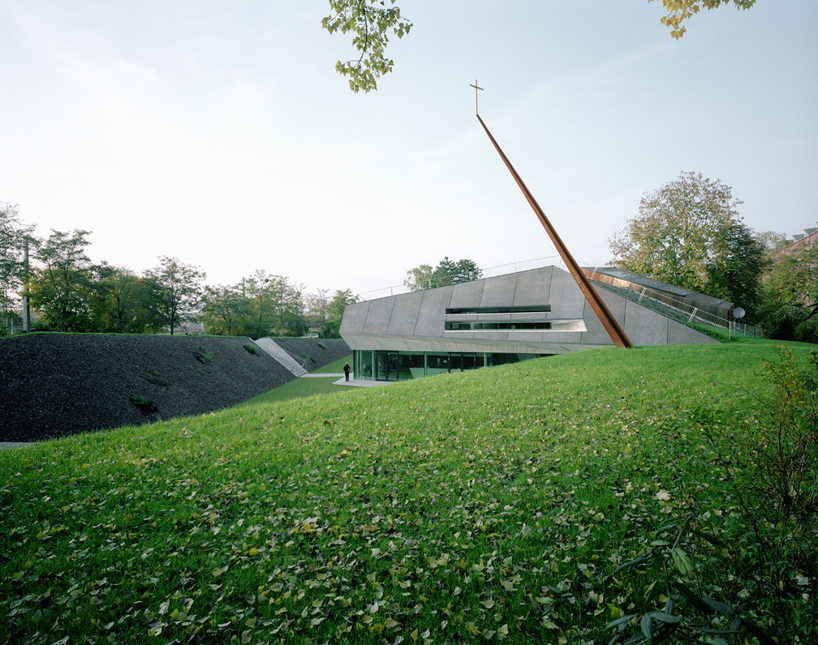 using the existing woodlands as the conceptual starting point to the design, the project creates a ‘built landscape’ by cutting into the adjacent hillside towards a wooded slope. the embankment, finished with dark slag-stone, provides a dark graphic contrast to the lush plot while creating a shallow bowl around the building. the resulting effect enables the structure to be read as if it was emerging out of the land, revealing its presence in dramatic landscaping. the climbable roof serves as a link between the nearby steel car port and gardens. 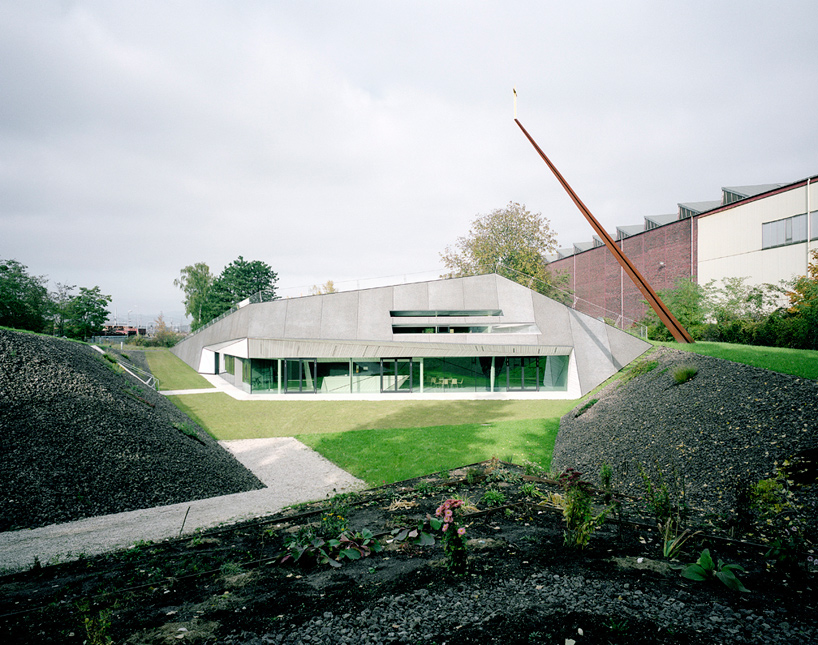 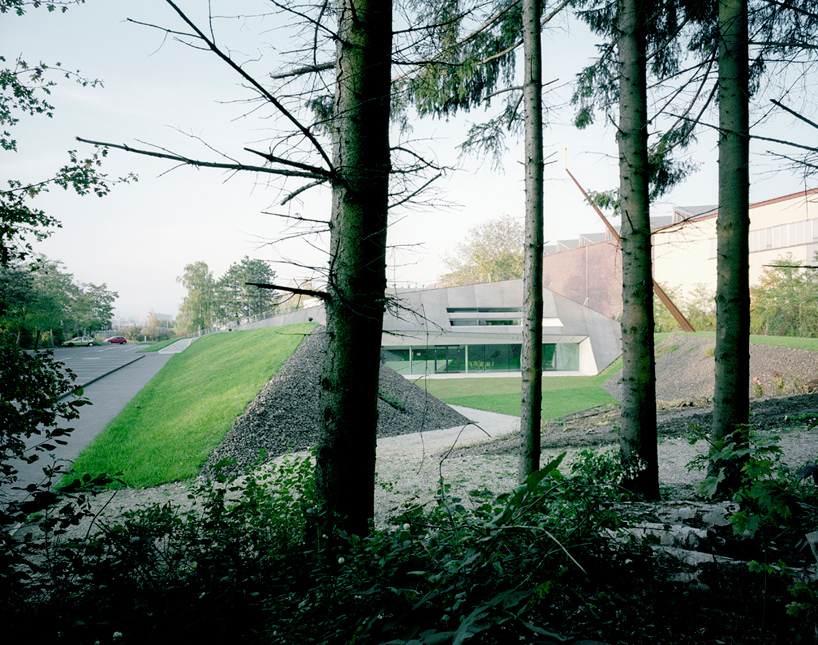 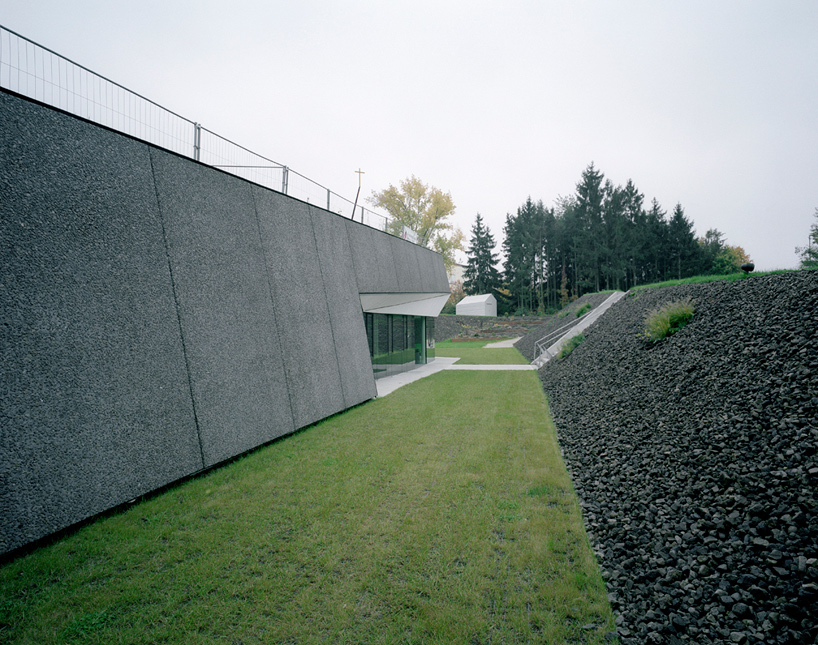 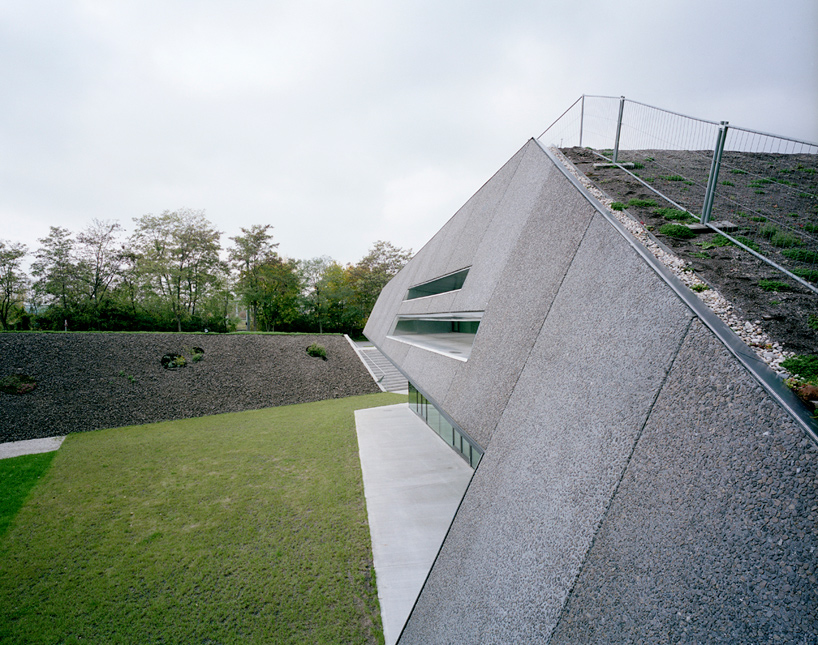 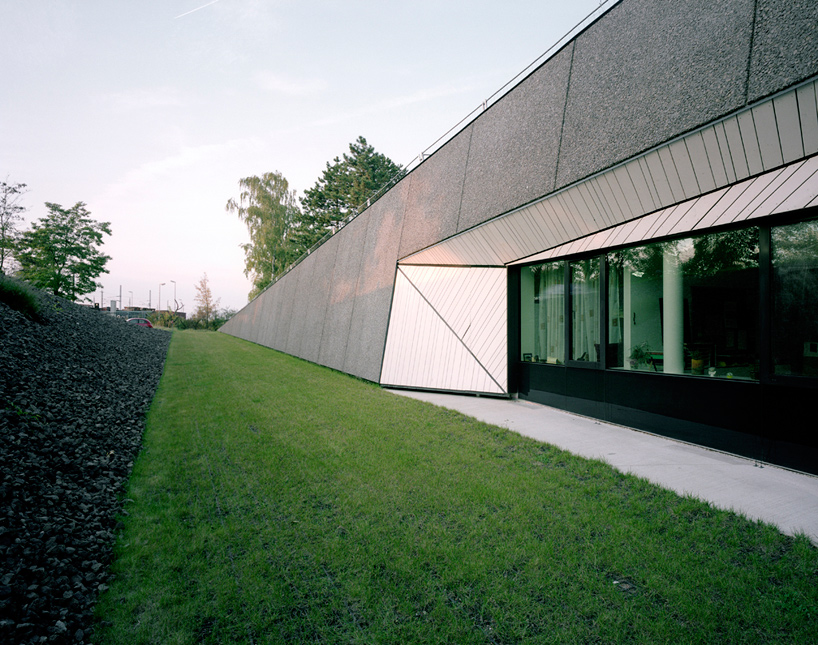 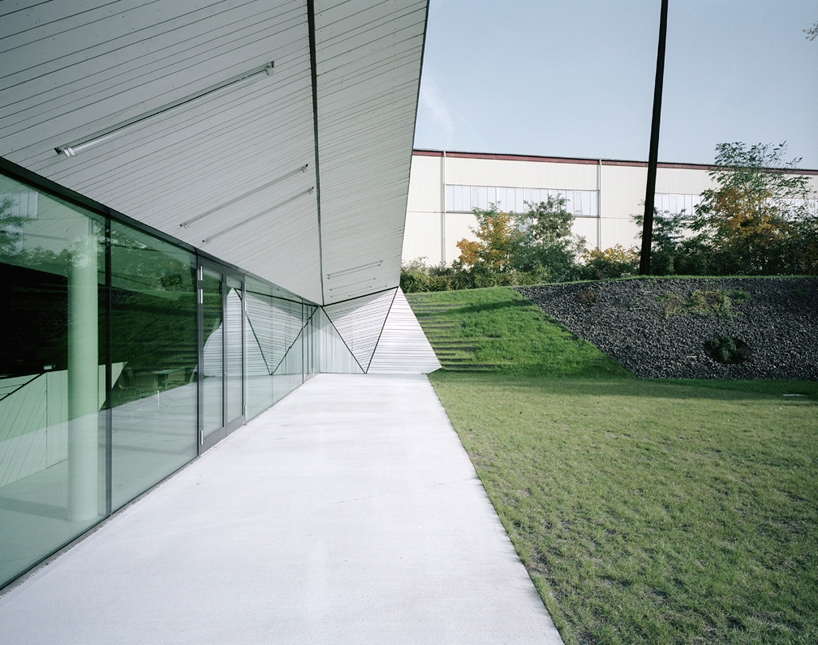 resembling a crystal in its geometry, the interior features an array of facets and angles that obscures its proportion and shape. the stark white finish of the walls, ceiling and floor creates a light and illuminated atmosphere within the chapel. sliding partitions enable the chapel to be either open or closed from the adjacent event room and bar. 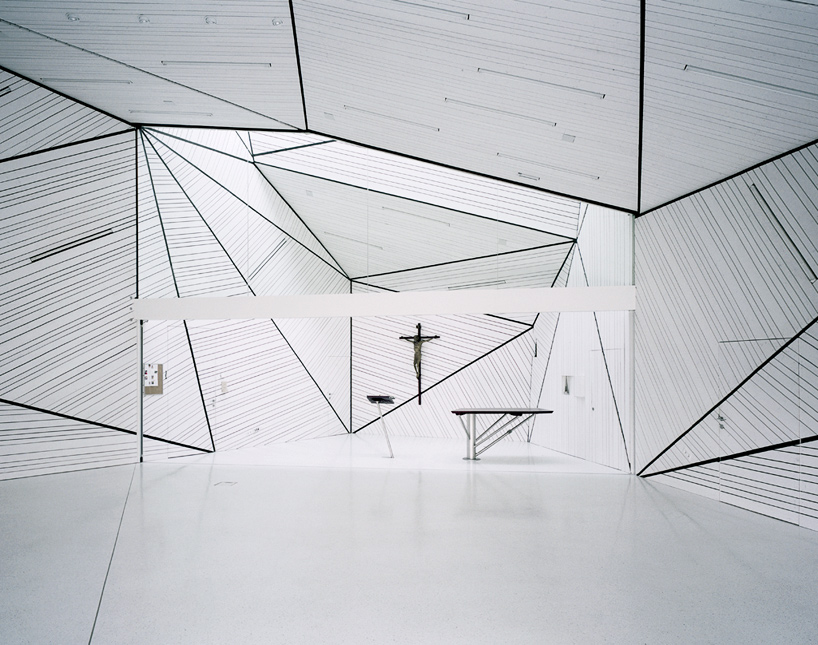 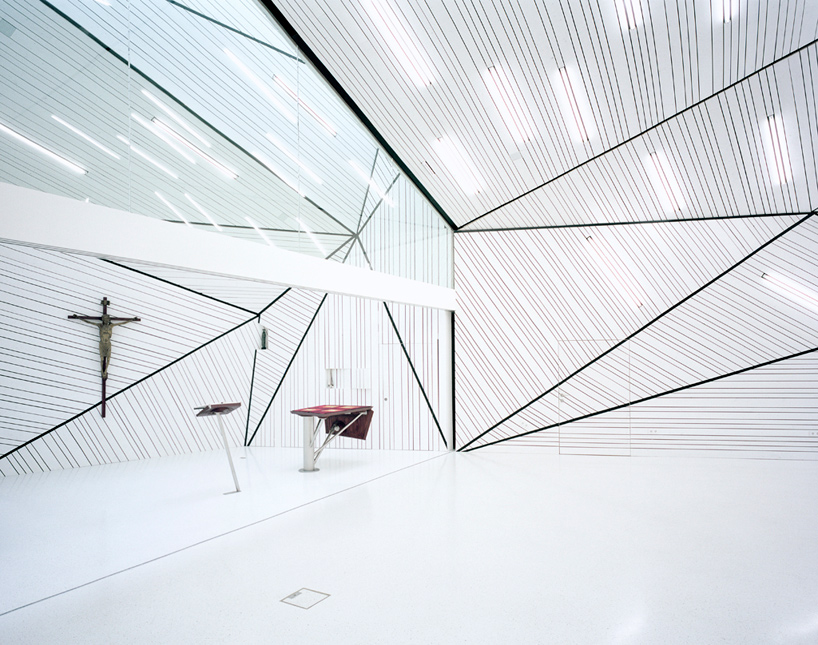 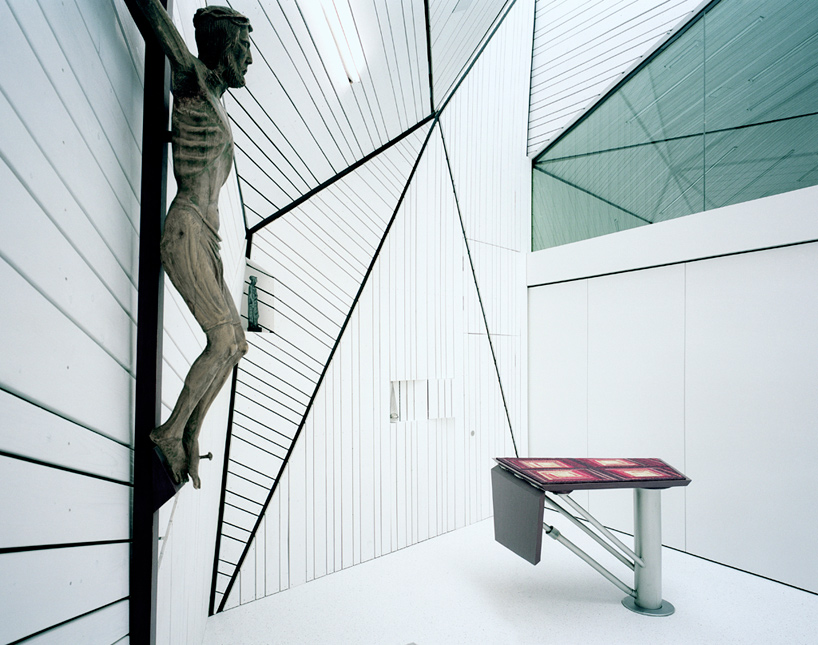 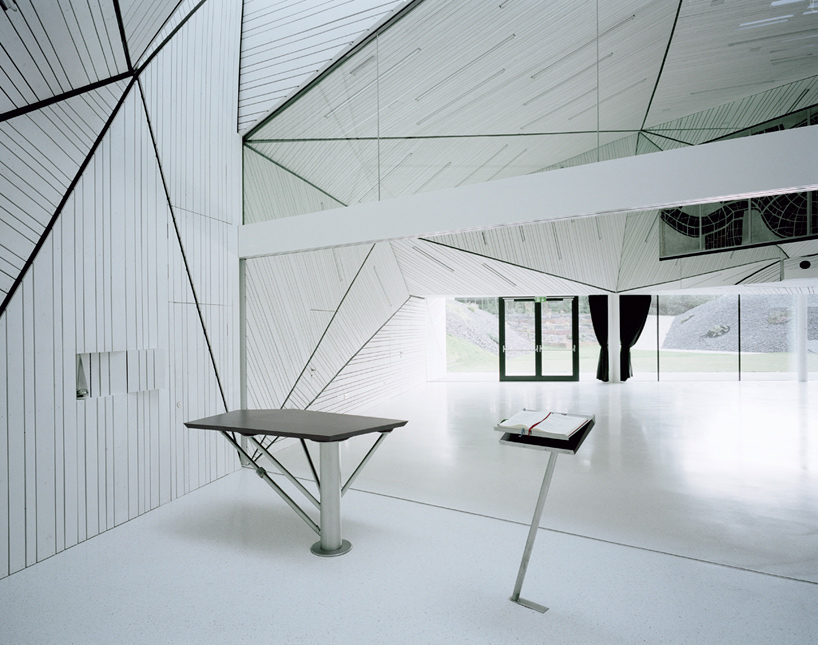 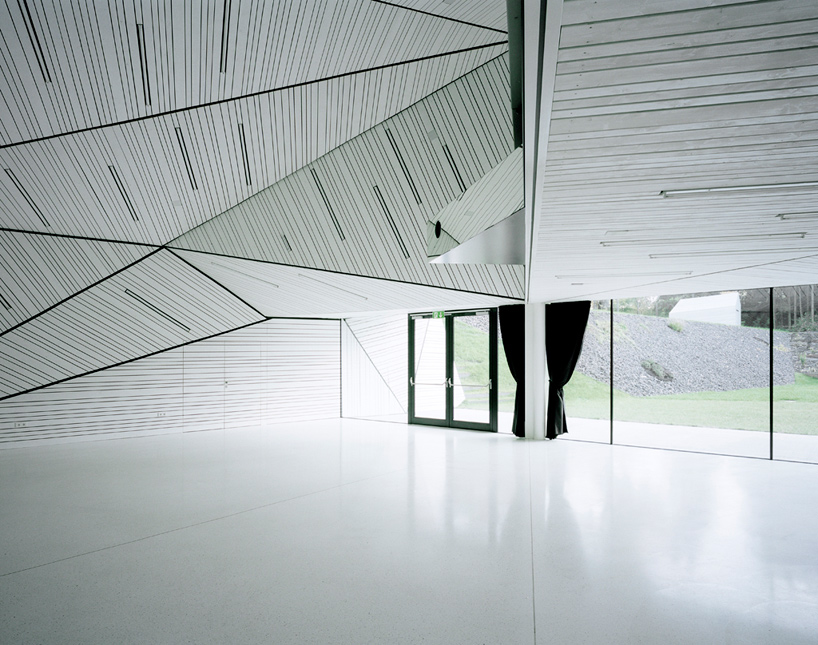 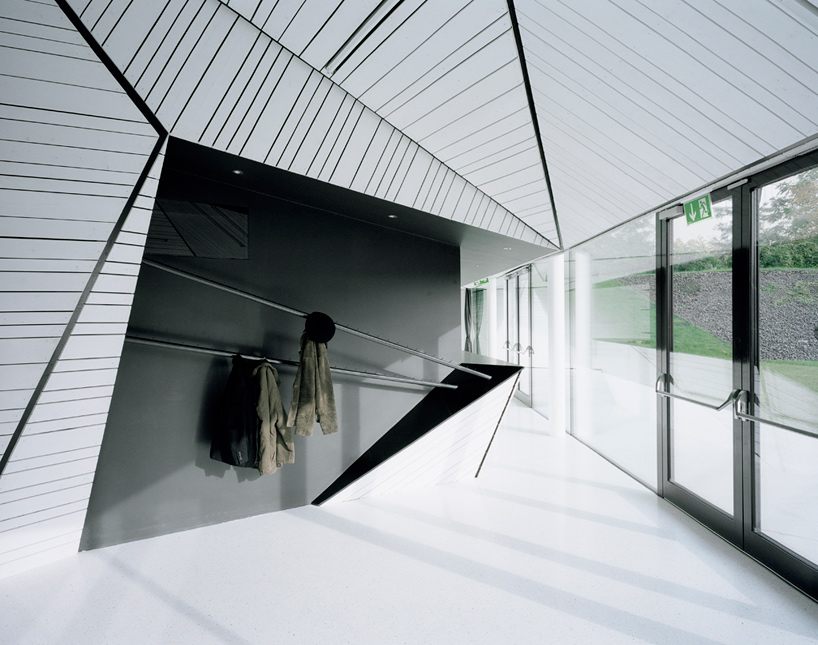 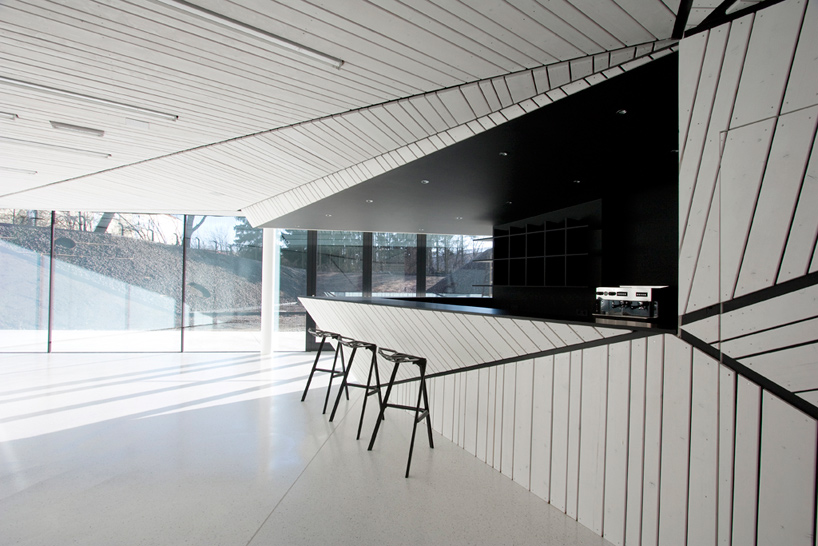 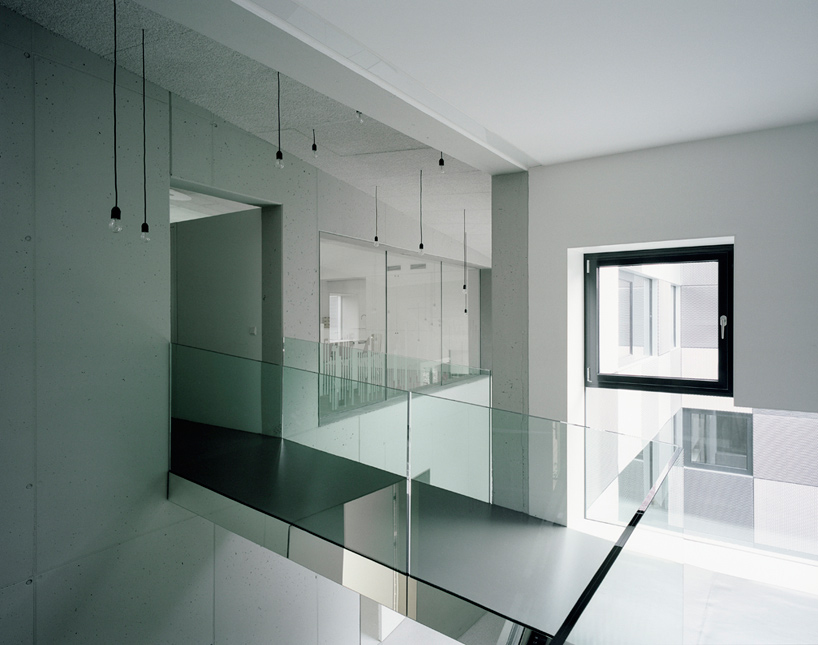 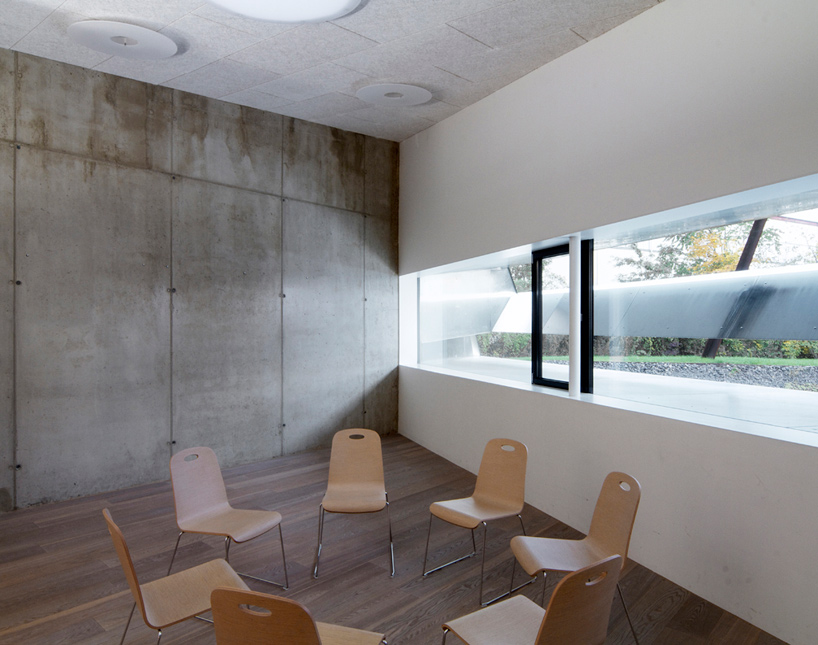 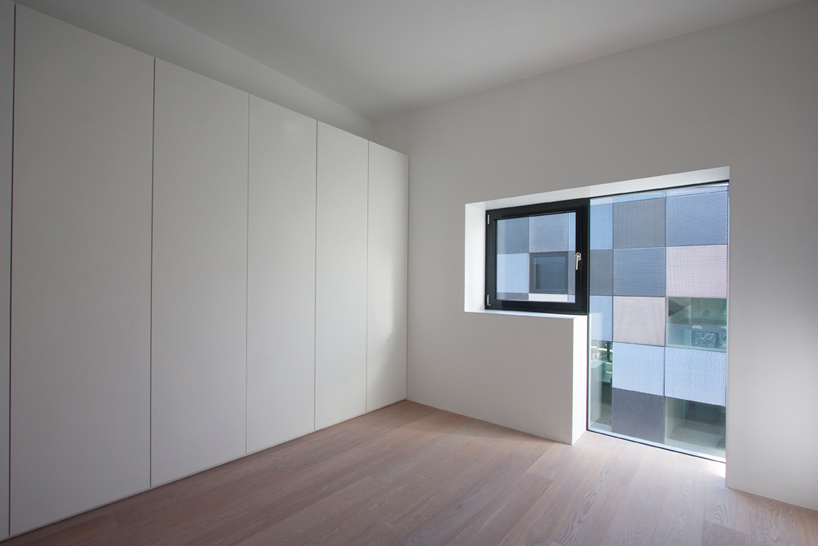 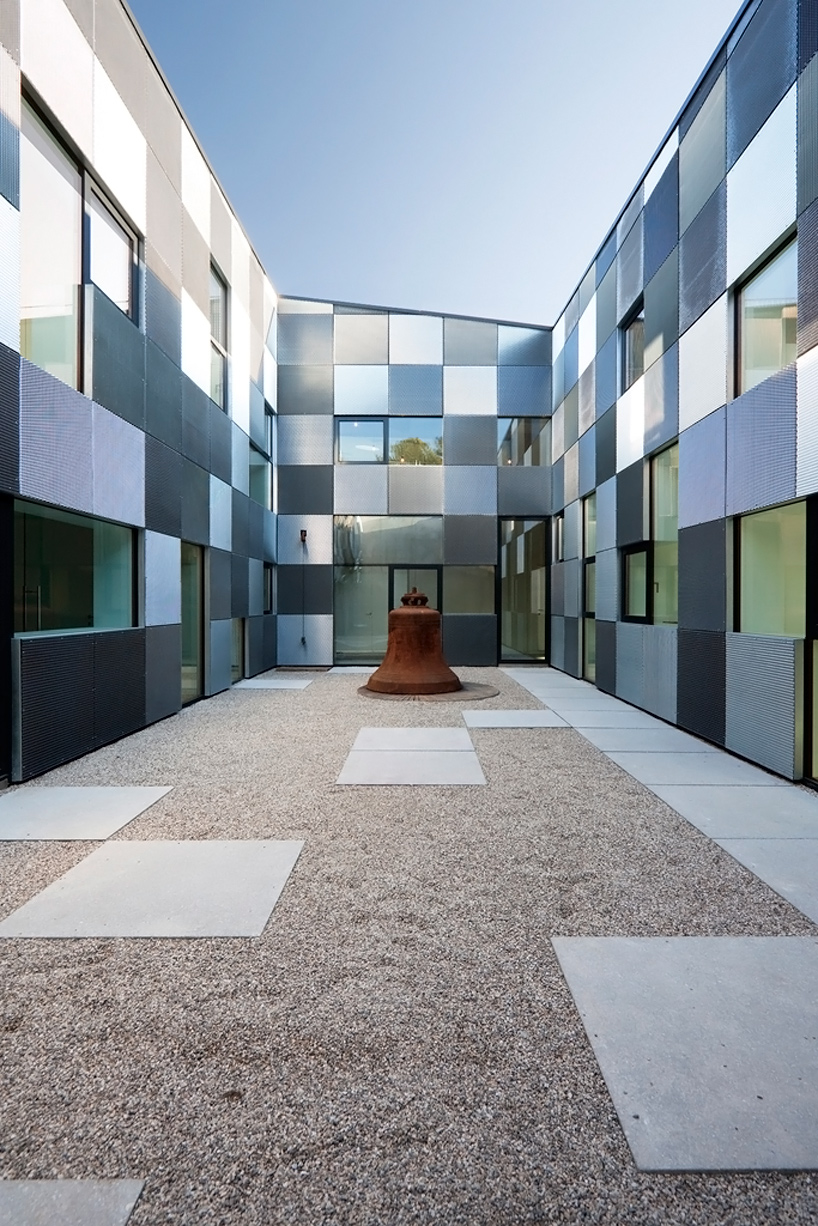 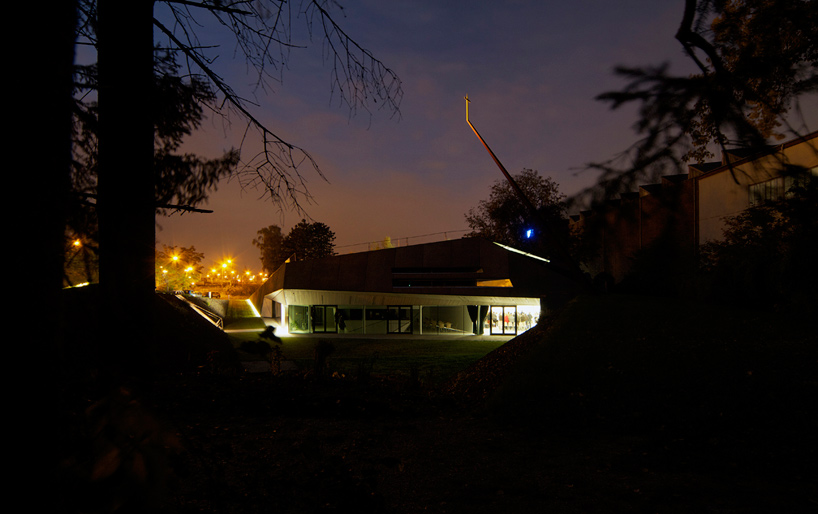 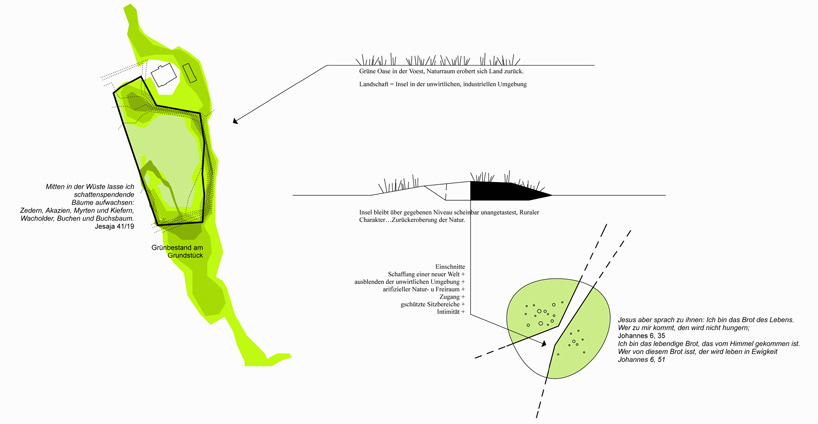 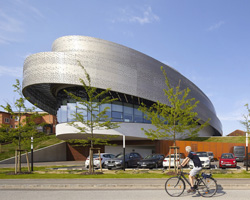