chinese architects he wei and chen long have completed the renovation of xihe’s ‘cereals and oils museum’ in a rural region of the country’s henan province. despite being rich in natural and cultural resources, the village suffers from poor accessibility, with a high population of elderly and disabled residents. the project involved renovating the site’s existing structures, which during the mid 20th century used to function as a granary. the site is composed of five masonry buildings with double pitched roofs and two granaries with expansive internal volumes.

through the reconstruction of the abandoned buildings, the architect not only seeks to provide villagers with a public activity center, but also implants a new cultural project – a small museum that reflects the region’s agricultural history. a restaurant and activity center also help to improve the village’s economy and the quality of life for local people. 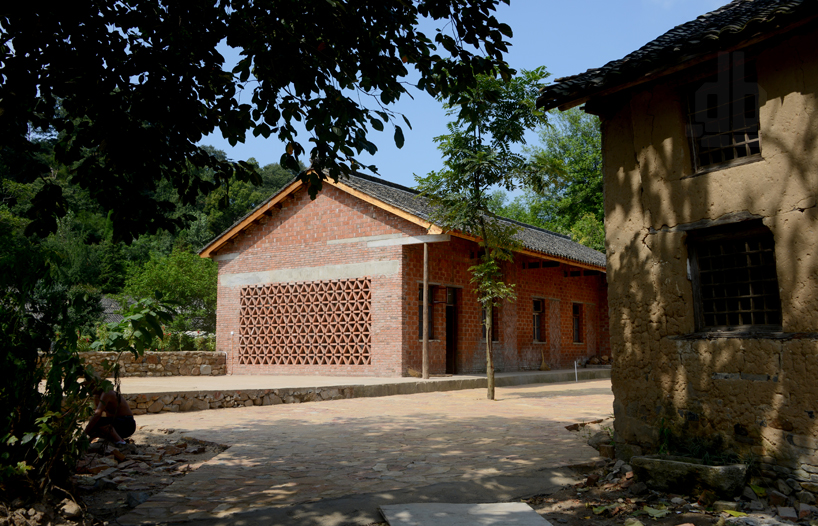 intended as a model for rural construction development, costs were raised from a cooperative between the government and villagers. community workers were responsible for the project’s assembly, while the finished building will be run and managed by local people with profits being returned directly to the villagers. 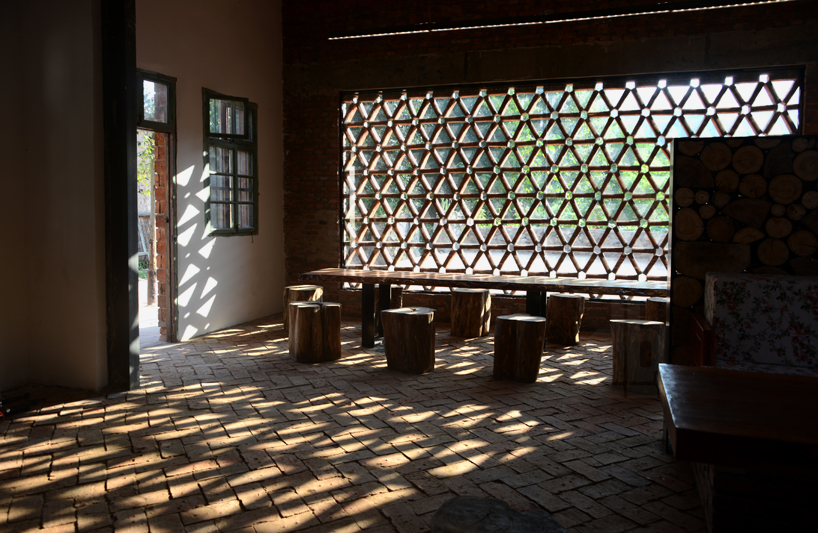 inside the masonry structure
image © he wei 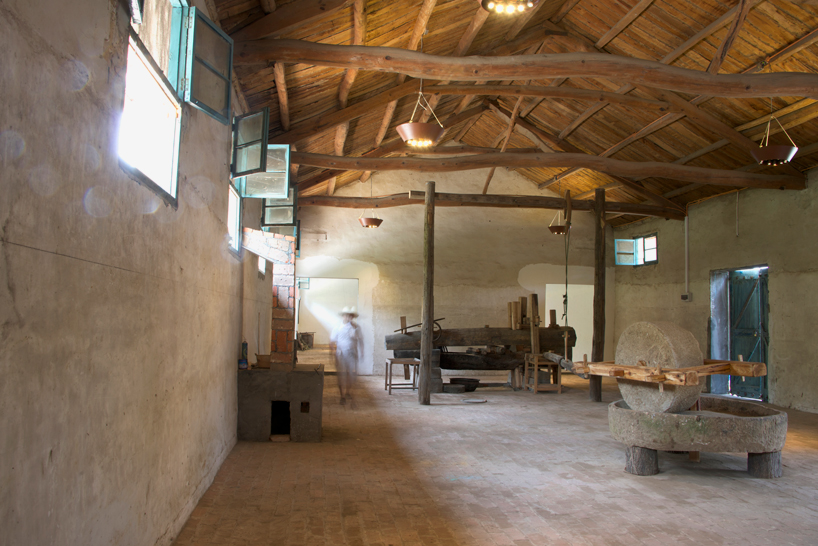 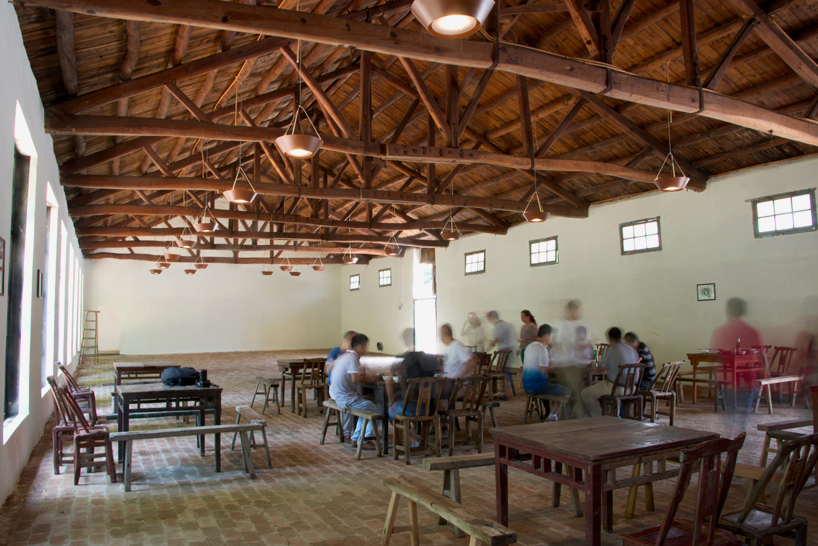 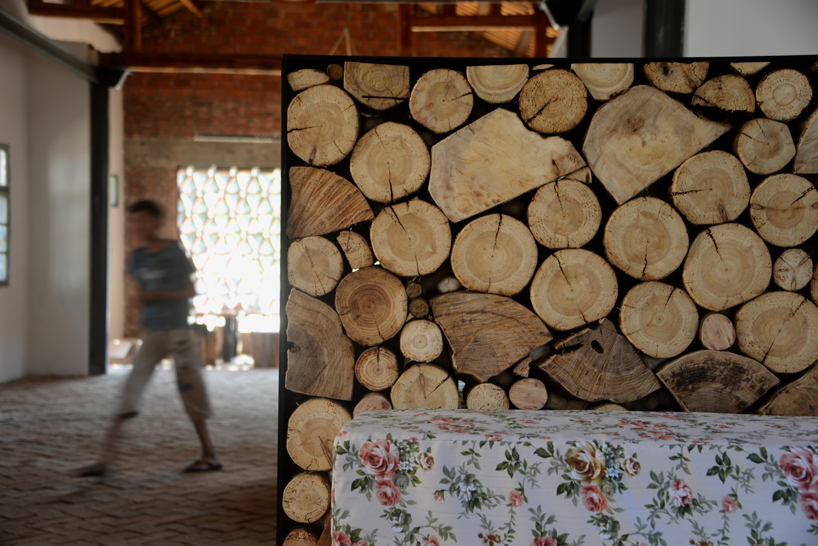 the use of wood is continued internally
image © he wei 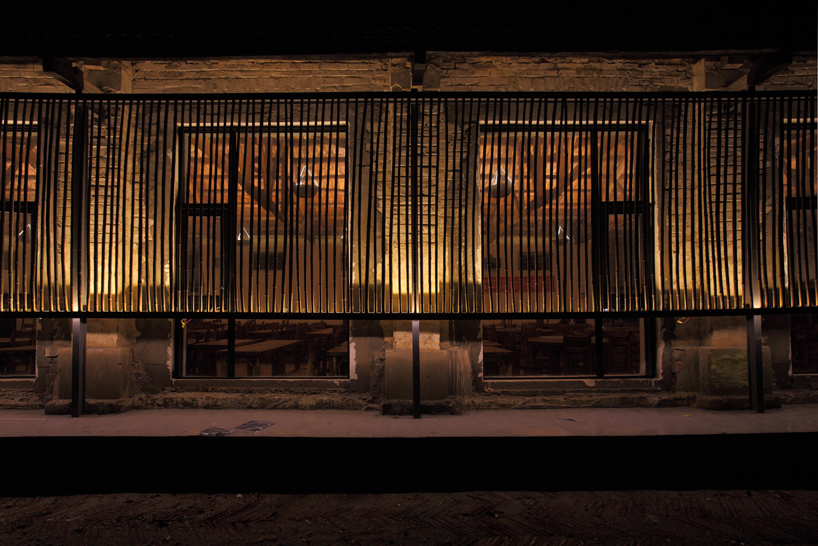 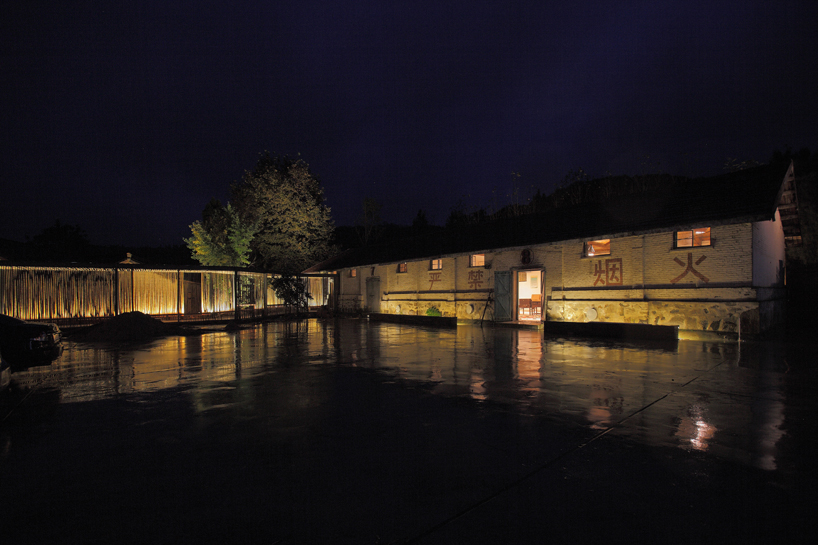 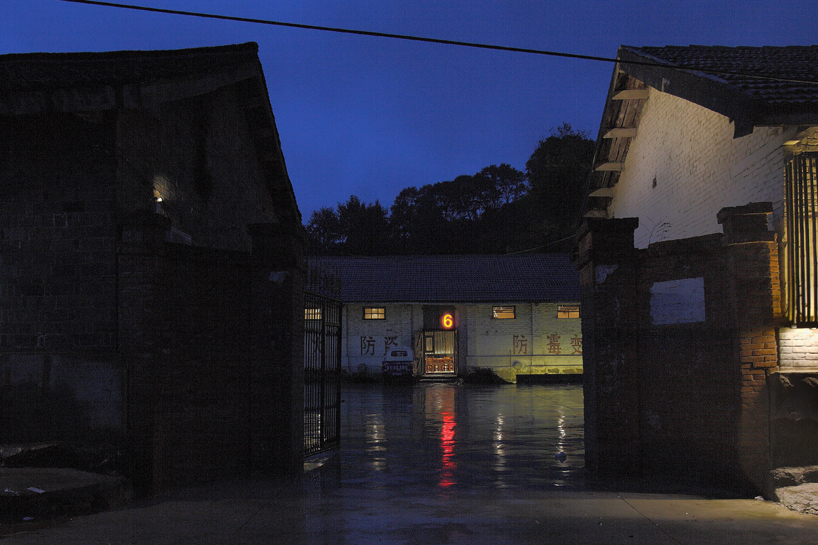 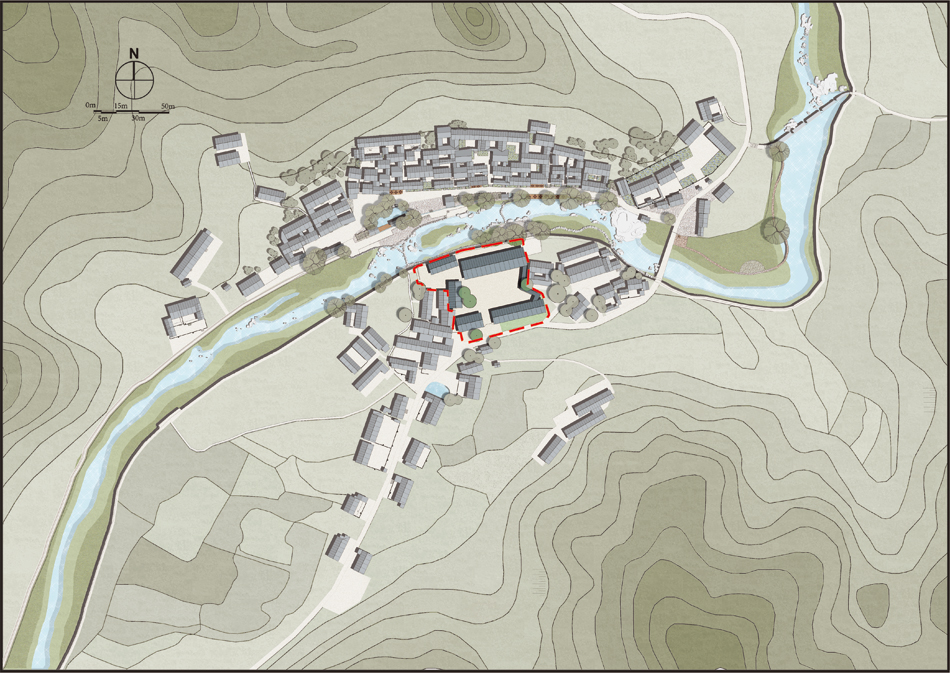 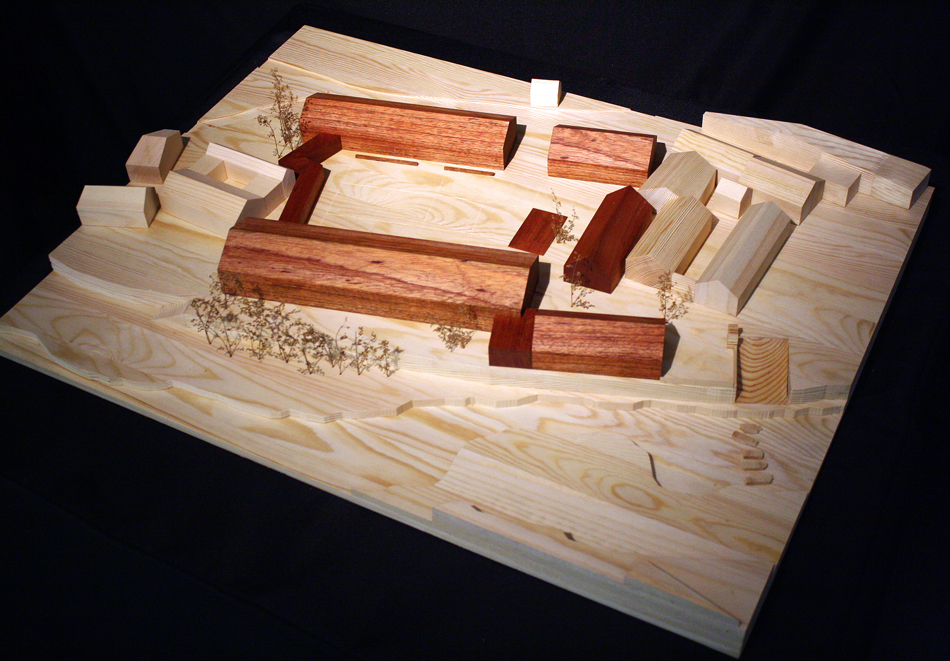 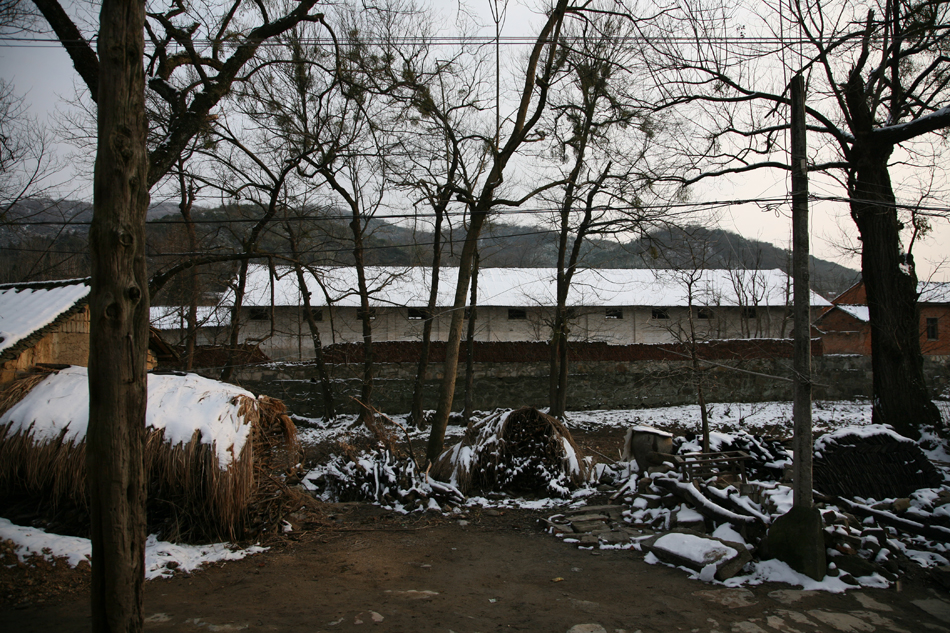 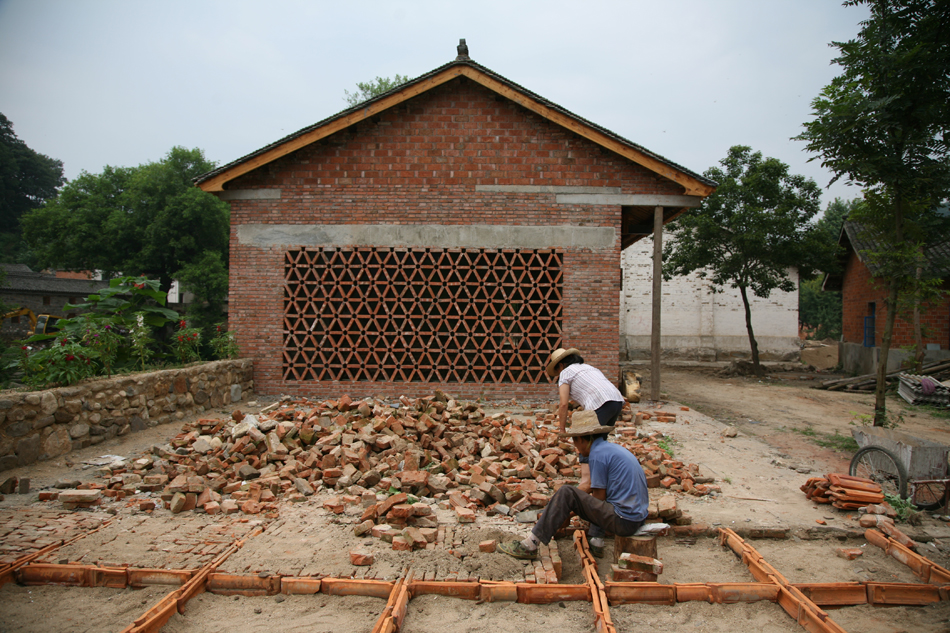 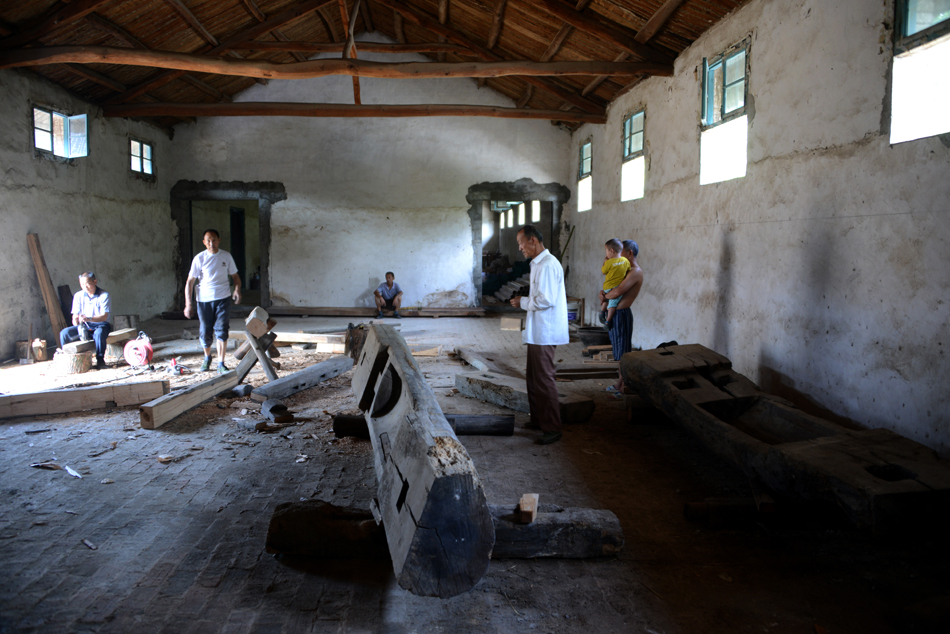 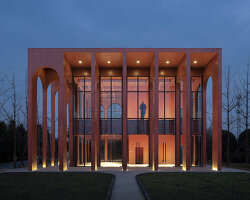